You are here: Home / half marathons / Lifetime Half #58, State #30: New England Series – Connecticut 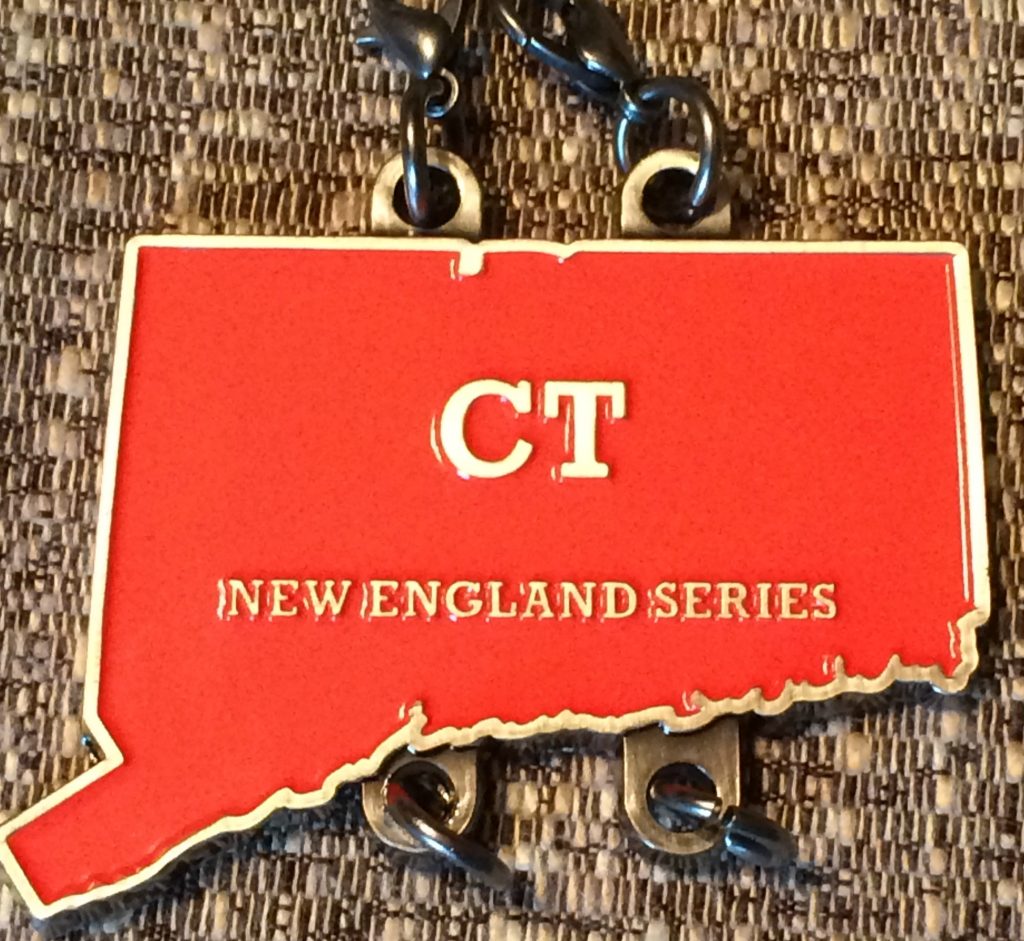 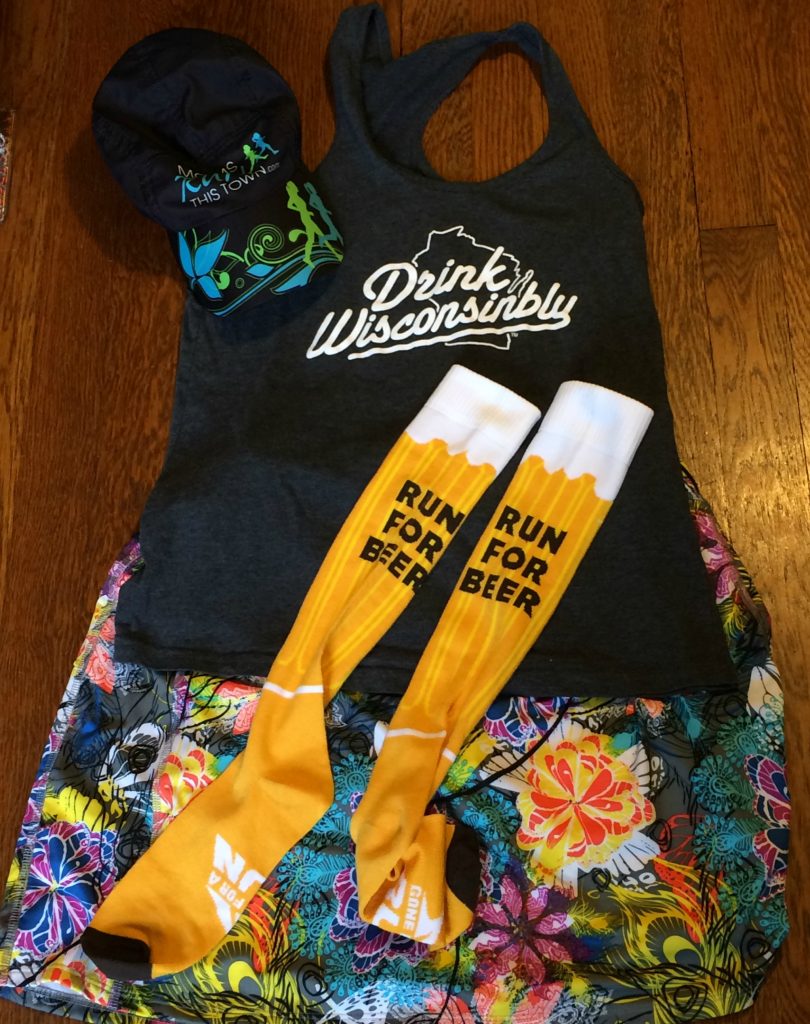 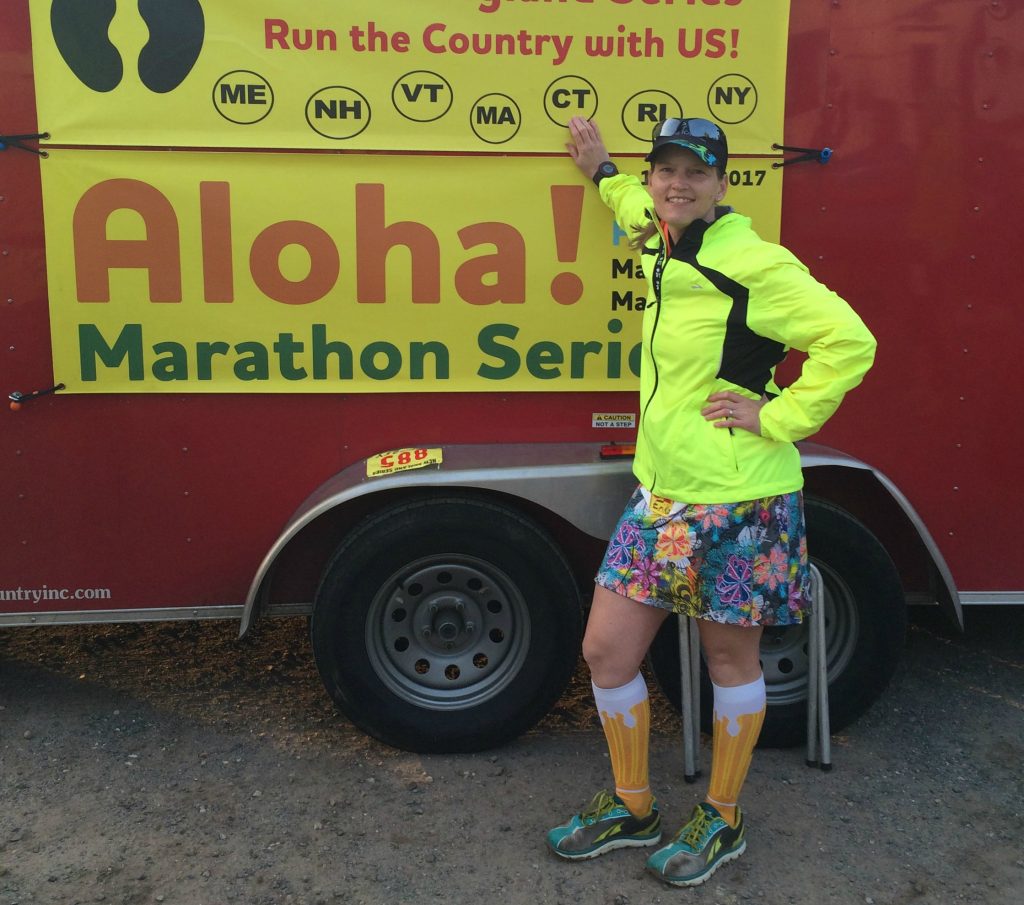 This was race six of the New England Series. (Maine, New Hampshire, Vermont, Massachusetts, and Rhode Island preceded it.) The race took place on the Iron Horse Greenway in Simsbury, CT. It was one of the longer courses at 2.184 miles, which meant we only had to do 6 laps. This distance is my favorite. It long enough to feel like you are making significant progress with each lap, without being so long that you felt like you were by yourself.

I wasn’t sure what to expect from my body after the previous day’s aches, so I went into this race with no time goals. I also groaned as we started off across grass – I was pretty sure I couldn’t do a whole course of that again. 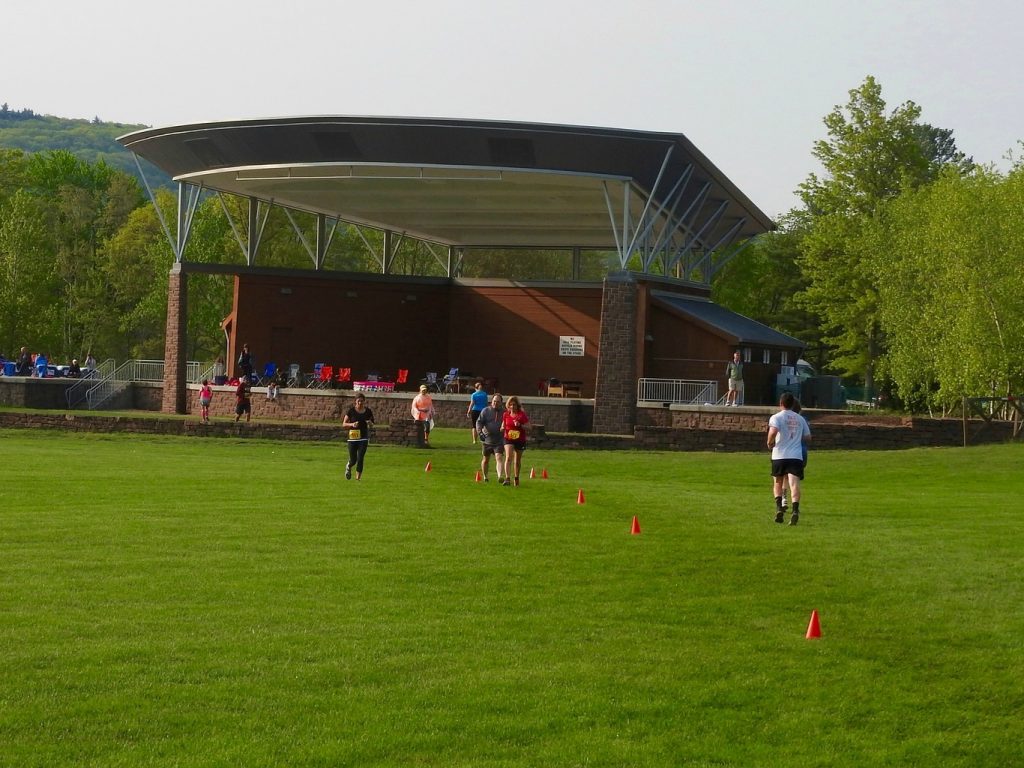 Luckily, very quickly we moved off of grass onto a paved running path. The path was very similar to one of the paths I run near home, with just a few rolling hills, so I settled into a nice groove. I spent the first two laps chatting with a friend who was the lone woman doing a 50K at all 7 races. Yes, seven 50K races in a row. Her running is amazing, but she’s also this wonderful ray of sunshine on the course – the entire time she’s running. We split after two laps as we spent different amounts of time in the “aid station” AKA land of all the food. 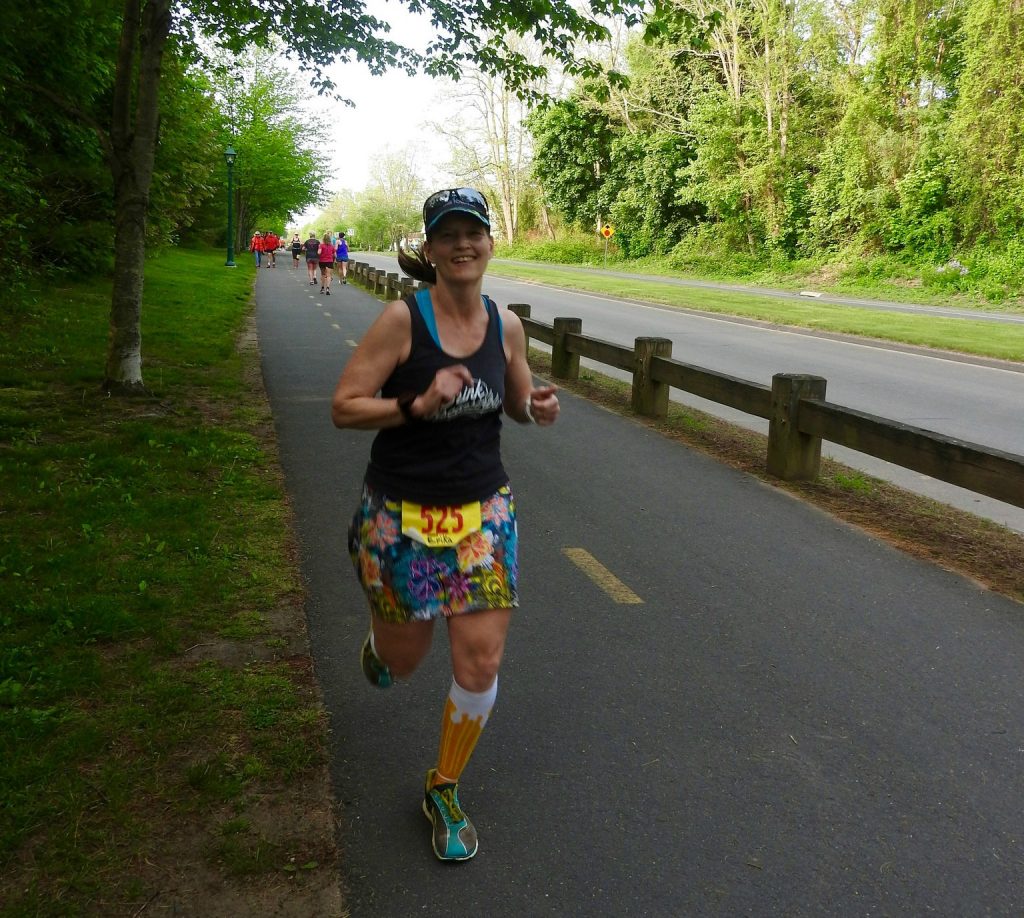 For the next 3 laps, I chatted and ran at a faster pace than planned and just generally enjoyed myself. People were getting a little slap happy after 5 days of running, so there was plenty of entertainment. I picked up the pace a few times so I could run with a faster friend, but I didn’t push myself too hard. Amazingly, my body felt awesome – no pain in my glute at all!

As I entered the food area to head out for my last lap, I realized that I could beat 2:20 if I kept up a solid pace. Beer Geek joined me as per our custom on this series and helped push me along. (I swear one of these days he’s going to run a half and he’ll run it faster than me…). 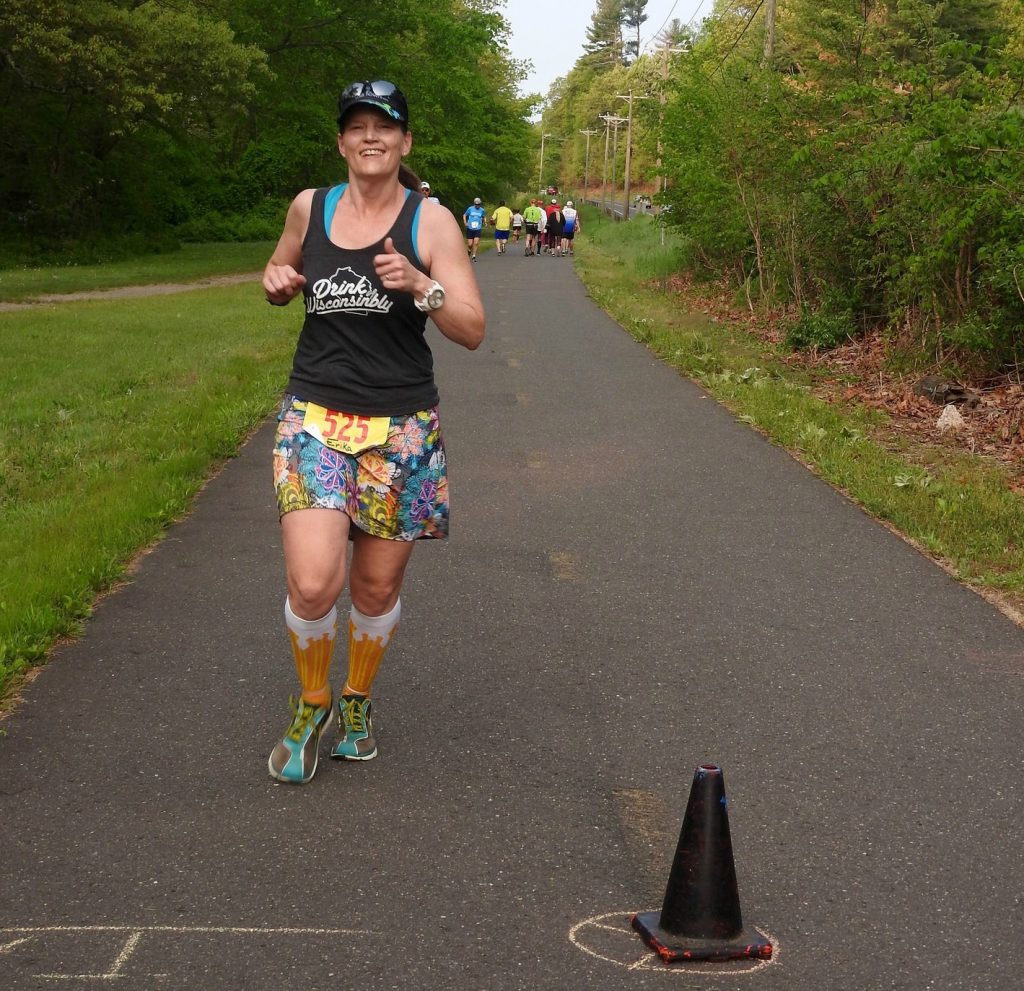 We hit the turnaround and I was feeling good, so we picked up the pace a bit and then pushed hard as we approached the finish. I was rewarded by coming in almost 2 minutes under 2:20:00! 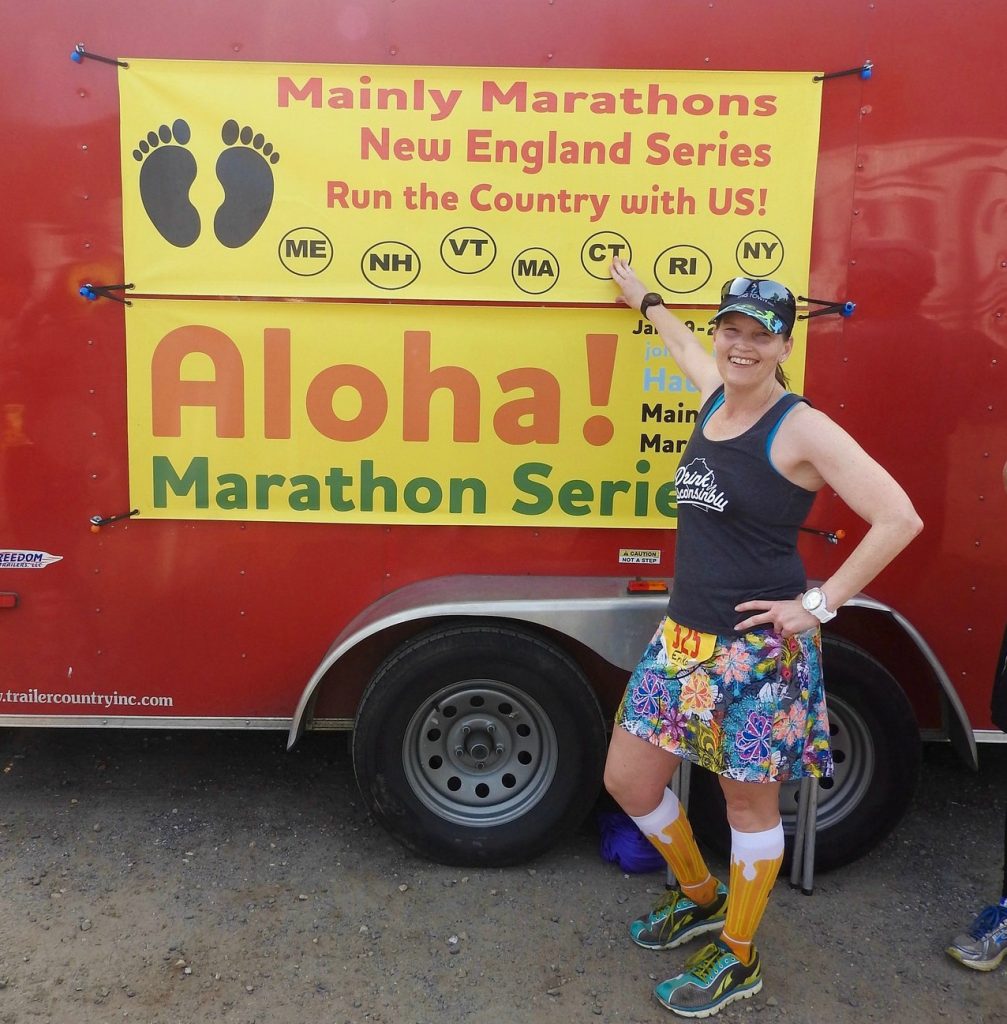 After the race, we hit a brewpub for lunch. I ate an unbelievable amount of food. The downside to these series? You are ALWAYS hungry. 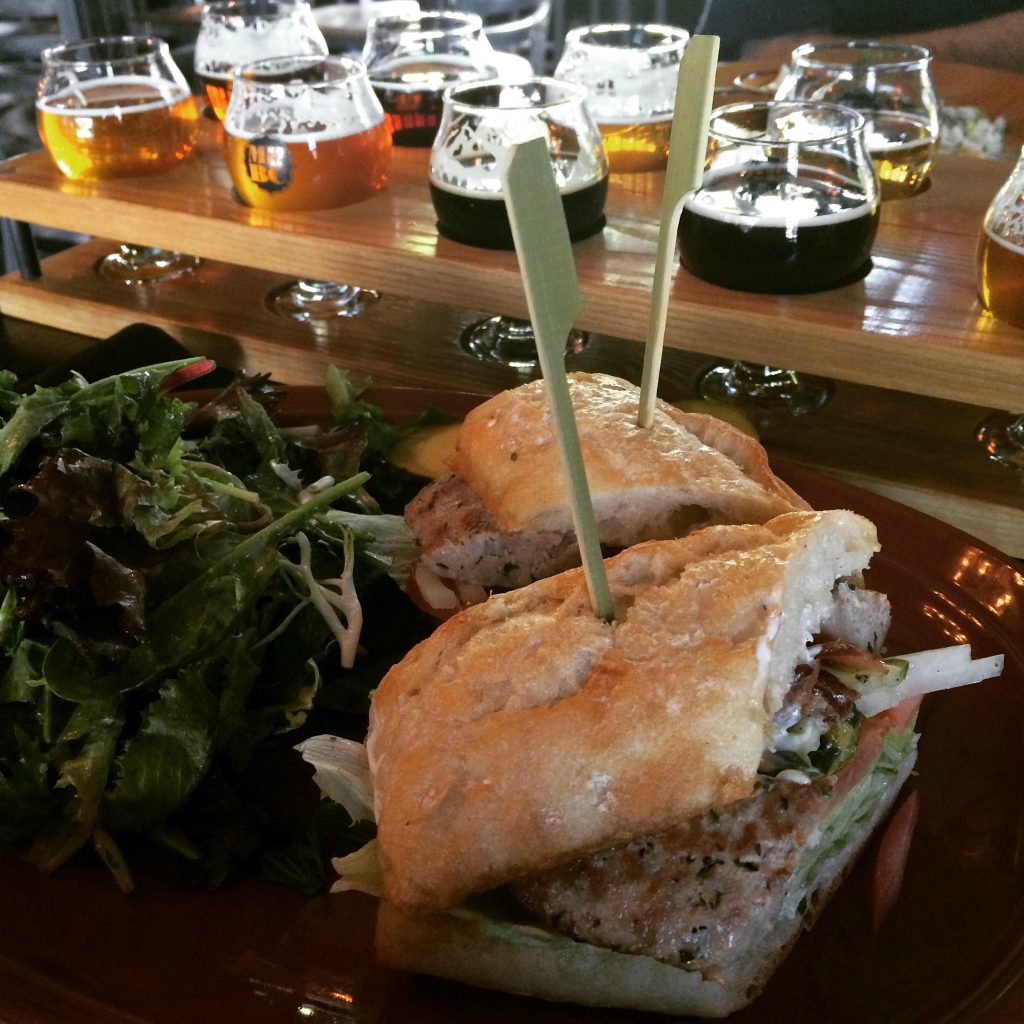 Then we walked across the Walkway over the Hudson – yes, my husband believes in taking in all the sites. No, it doesn’t matter if I’m tired. 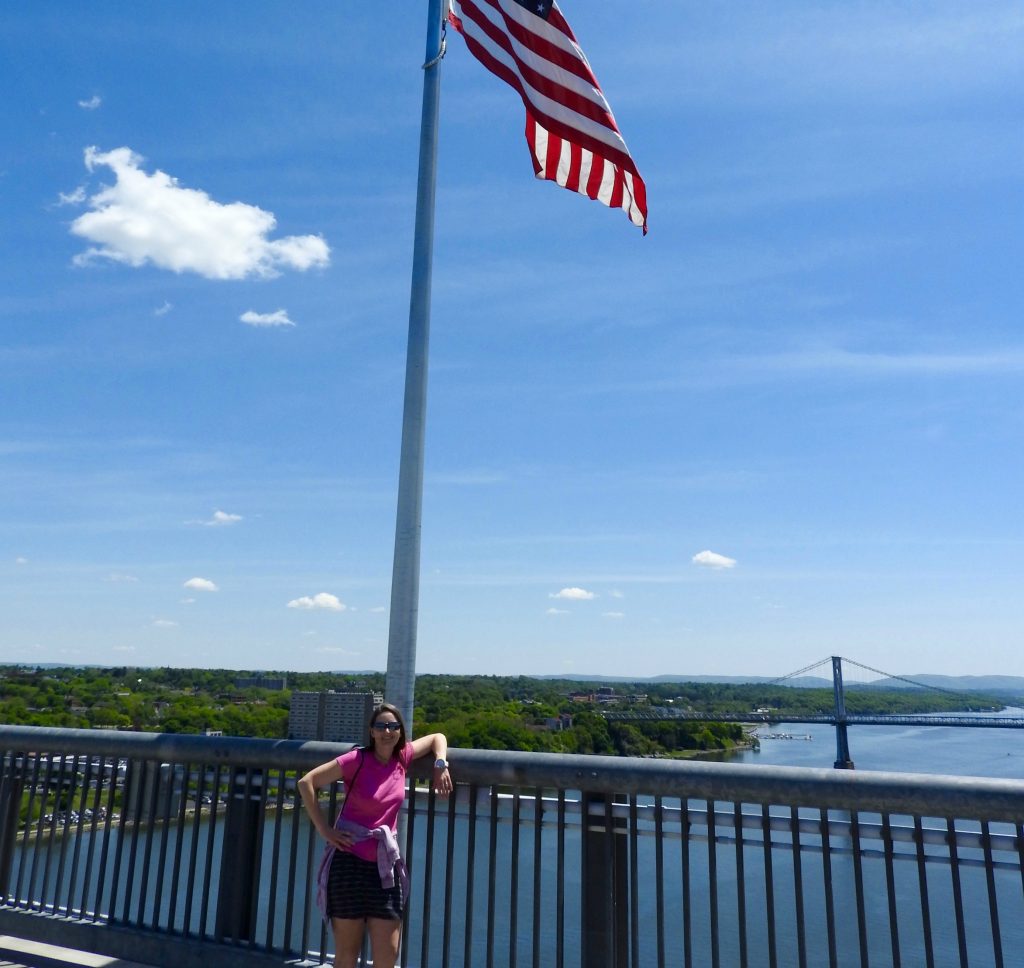 After the walk, we visited the Franklin D. Roosevelt Presidential Library and Home. One of my areas of focus in undergrad was the Depression, so I really enjoyed the visit. Finally, it was time to head to the hotel and chill out for a bit before our final race on Saturday!

I would if I were in the area. This is one of the courses I’d be willing to do a full marathon on.  I’ll likely hit it again when we do our year of running. 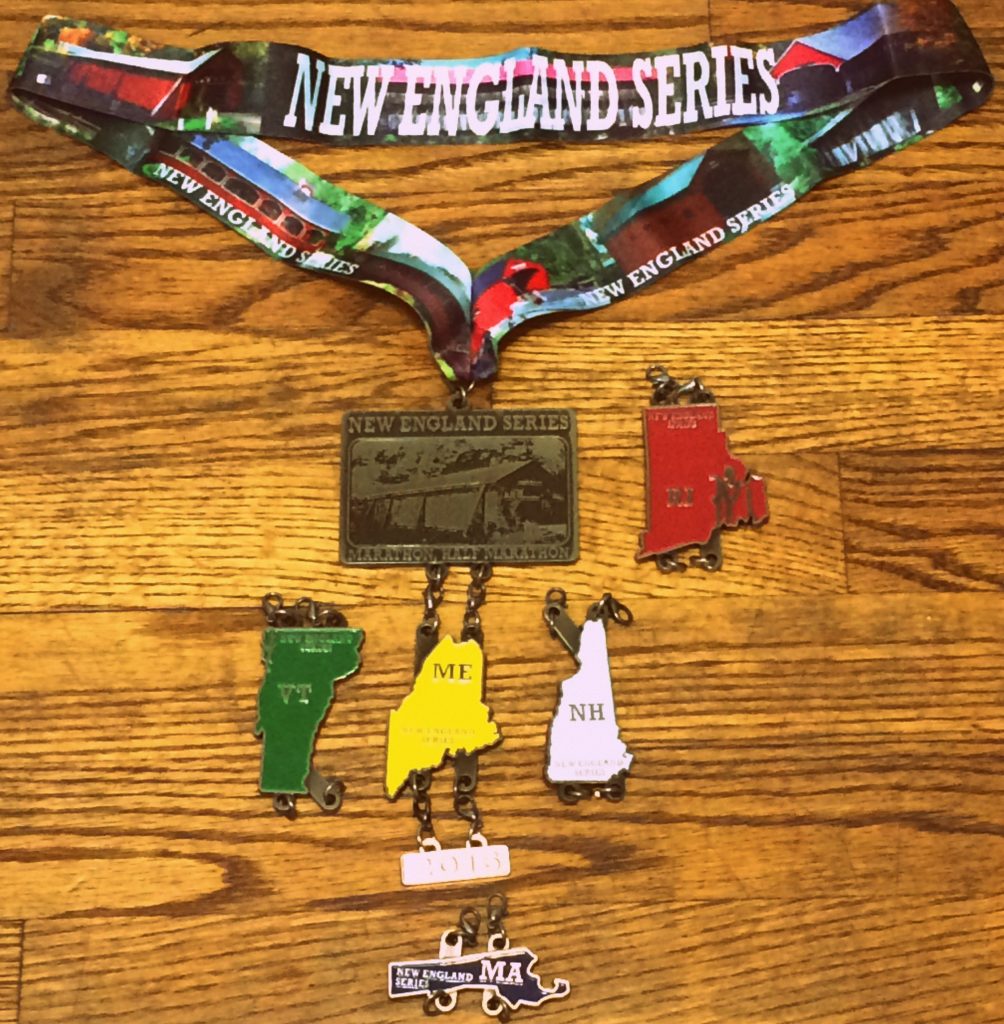