You are here: Home / half marathons / Lifetime Half #69: Navy Air Force Half Marathon 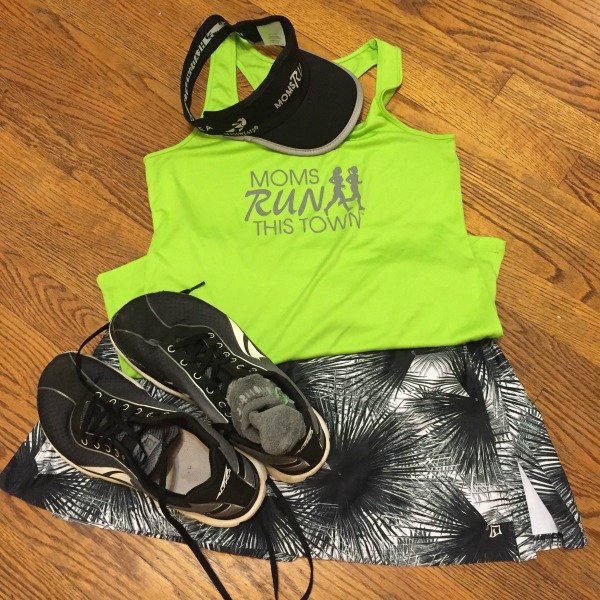 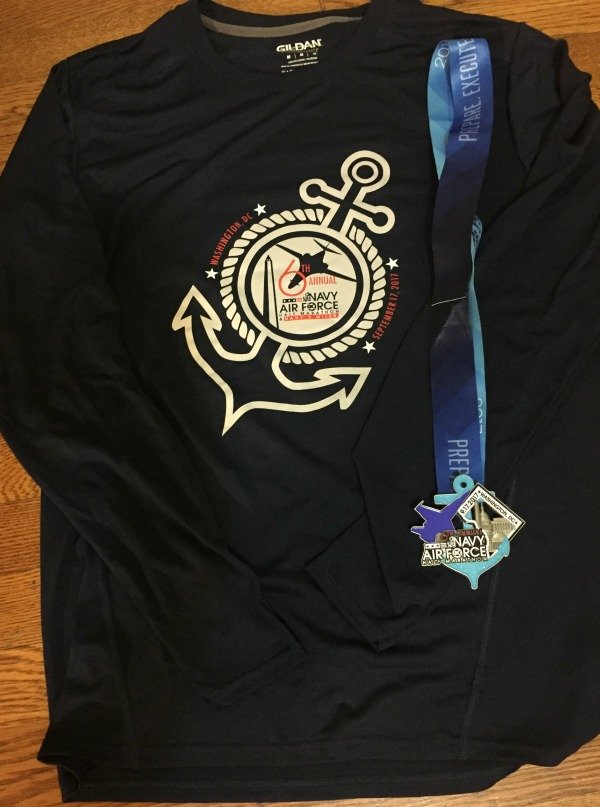 I am currently in the highest mileage month of training for the Marine Corps Marathon. I’ve been running a lot of double digit runs and, quite frankly, getting a bit bored with it. So I suggested to my running partner that we run the Navy Air Force half marathon and then run home instead of running our 16 miles on our usual route. (Don’t ever suggest something like this without actually checking the distance to “home”.)  She was on board, so we both signed up.

I had a crazy weekend lined up, so we took the metro over to the expo and picked up our packets on Friday. The expo was outside the DC Armory, which was a bit odd, but went super fast. We ran into another friend who was doing a last minute sign up for the race. All in all, while I’m not a fan of how far away from me the Armory is, it was a good experience. 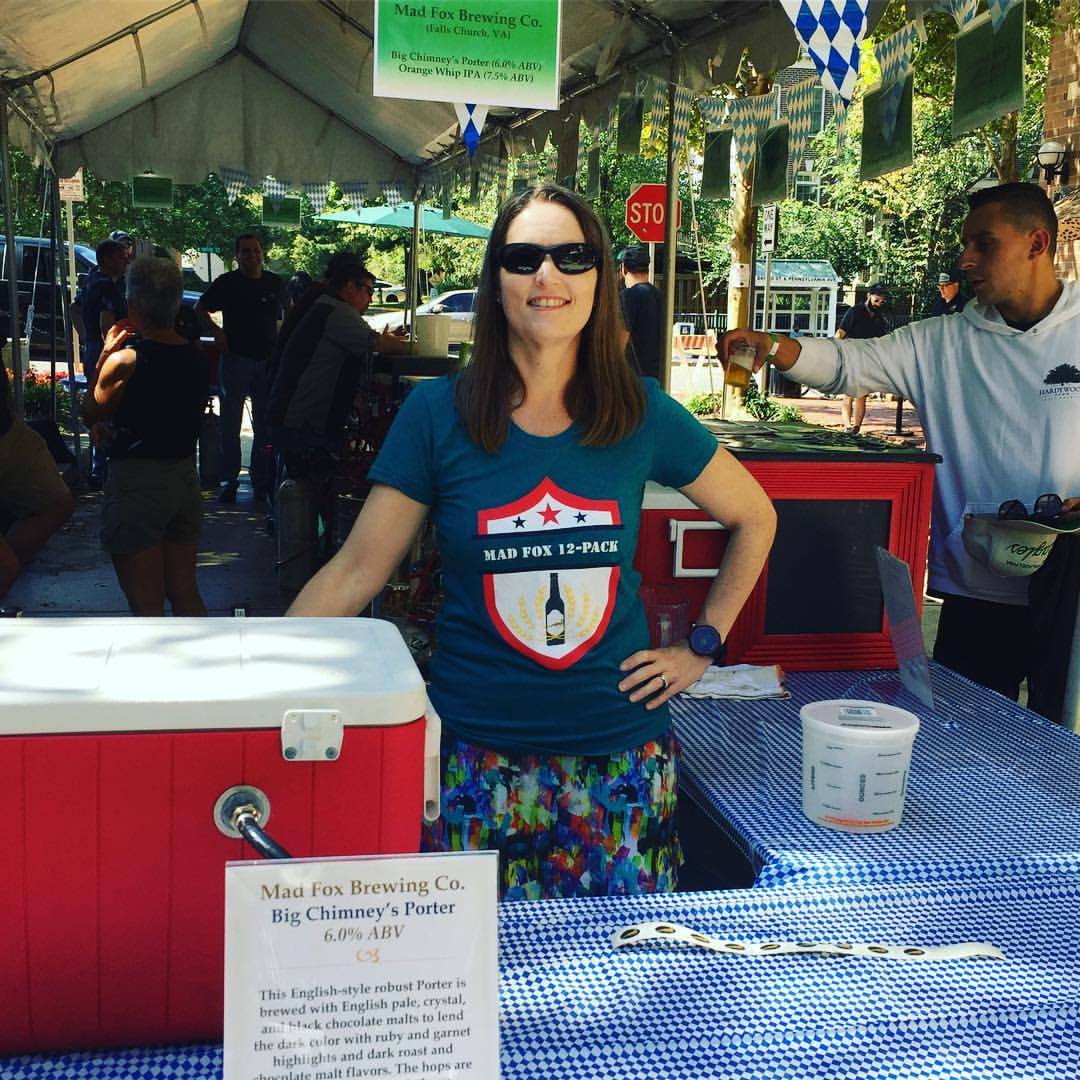 Saturday I spent the entire day at a beer festival, after waking up early and running 6 miles. I didn’t drink a lot, but was on my feet for 7 hours between the 4 hours we volunteered and the time we spent socializing when our time was done. At one point I sat down on a curb to rest my legs and nearly fell asleep under a bush. 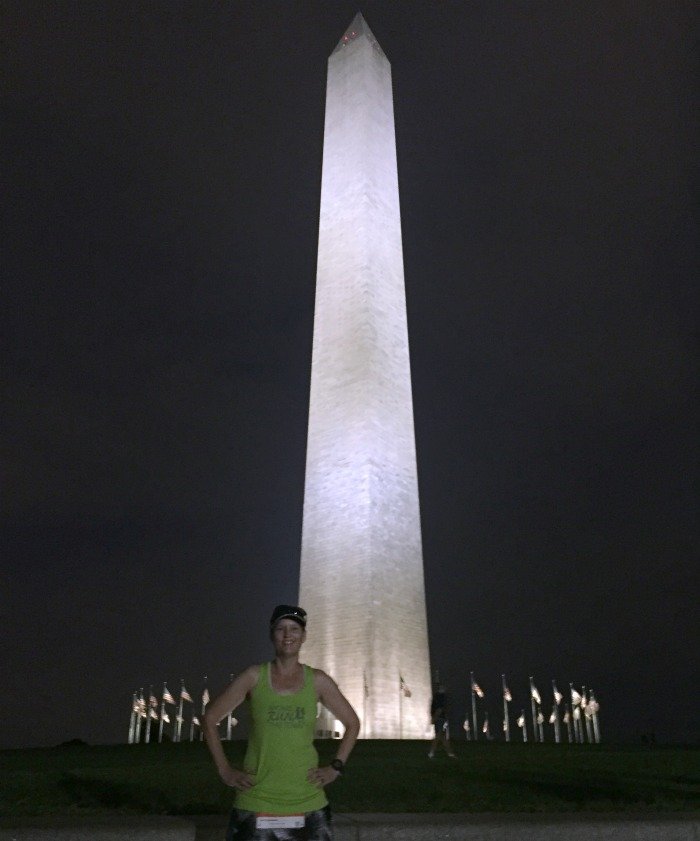 Sunday morning we took a cab down to close to the Washington Monument and the start line. The porta potties were a bit hidden, but a volunteer pointed us in the right direction. I was in dire need, thanks to a big cup of coffee and a big cup of nuun before I left home. We hung out near the potties for a bit, hit the potty again, and headed to meet a friend near the start line. 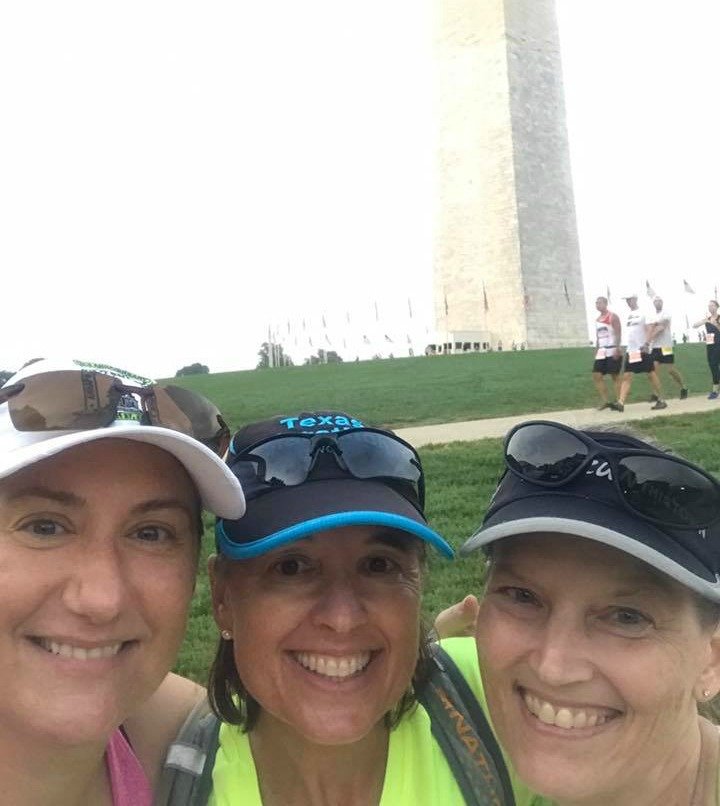 There was confusion as to which bib color was supposed to be in the first corral, so the start was a little crazy. We were planning to run at a “training run” pace, so it wasn’t a big deal to us. We ended up being in the second start time. The race was pretty congested at the start and because of the confusion, we ended up nearer to the front than we wanted to be. 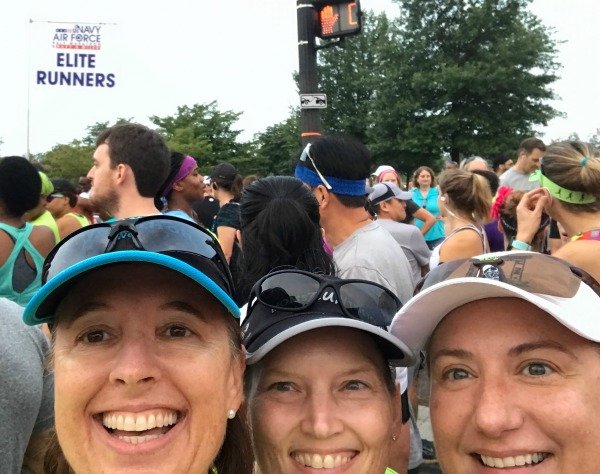 As my friend said, it was like trying to go 35 in a 50 mph zone. We still did a good job of holding back for the first mile. My training partner and I parted from our other friend at the end of the first mile. We ran easy for the next 10 miles – with miles ranging from a 12:09 pace down to a 10:45 pace. We were just all over the place LOL. I got a second wind at mile 11 and we ran 12 and 13 faster (12 was 9:55!) and then sprinted into the finish. We grabbed our medals and some water and then headed to the “Runner’s Village” to get food. They had a good selection but we were both just looking for something salty, so we just took pretzels. 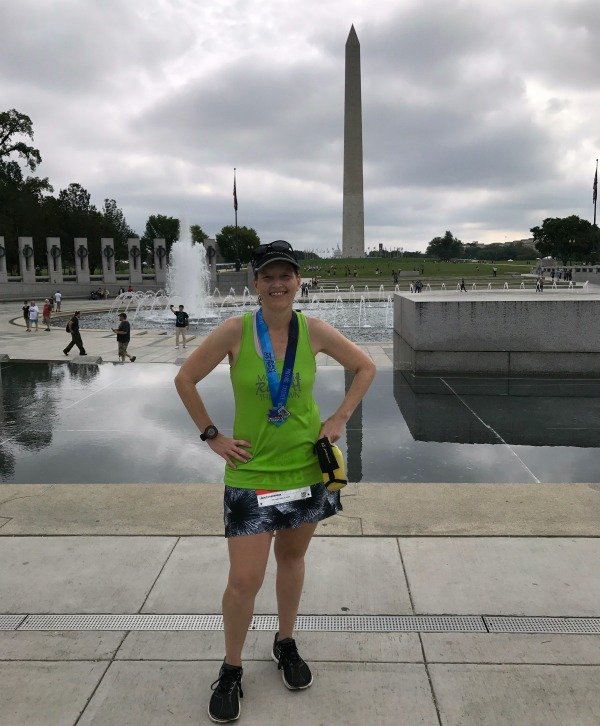 But our adventure wasn’t done! We headed towards Arlington, with a quick stop at the WWII Memorial for pictures. By the time we got across the bridge, we realized we’d grossly underestimated the distance from the finish to her house. We were thinking 3-4 miles, but it was almost 7. Oops. We stopped for water at one of the hotels and then headed up the very hilly Custis Trail. Needless to say, there was some walking, but we were both in a good mood, so it was probably the best 20 mile run I’ve ever done. 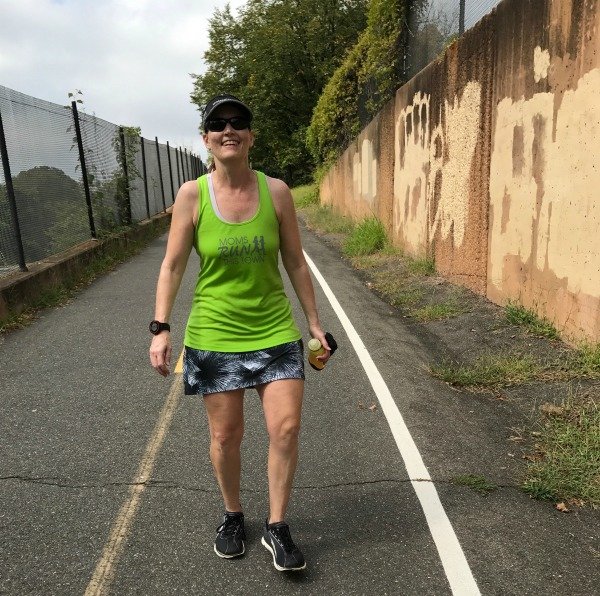 Yes. This was one of the few local races that I’d never run. I really enjoyed it and it’s perfectly timed for MCM training. I will likely run it again next year – but I’m going to make sure we only run the 16 miles that we are supposed to LOL. 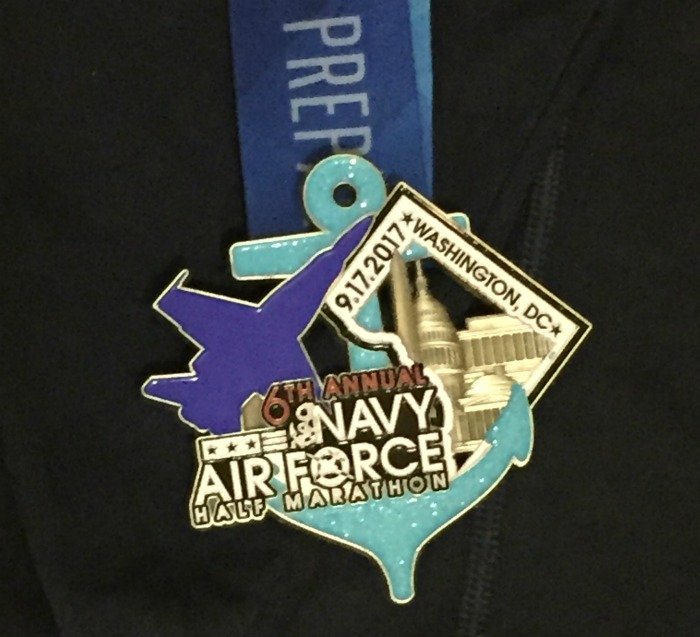