You are here: Home / half marathons / Lifetime Half Marathon #71: Rehoboth Beach Half

This year has been filled with amazing races. I tried out a couple of new races that I loved: St. Patrick’s Day 10K and the Navy Air Force Half Marathon. I also returned to some old favorites: Marine Corps 17.75K, GW Parkway 10 Miler (one of my all time favorite races), Marine Corps Marathon, and then, just this past weekend, we went back to Rehoboth Beach for their half marathon. I know that the topic for Tuesdays on the Run this week is “Favorite Race in 2017”, but really they were all my favorites. So, I’m going to recap my most recent favorite race. 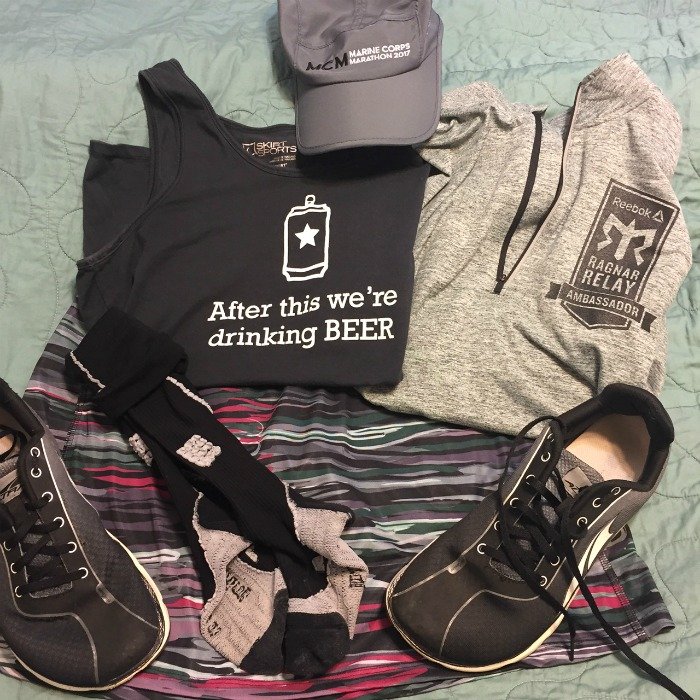 Temp: low to mid 40s
What I wore:hat, tank top, Reebok half zip, a Skirt Sports Happy Girl, compression socks, and Altra One 2.5

Beer Geek and I had been discussing wanting to do one more half marathon this year since late October. We just kept having scheduling issues. Finally, we decided to return to Rehoboth Beach for the Rehoboth Beach Running Club Half Marathon. I had run it one other time and knew I liked the course, so I was all in. Despite our late decision, I was able to find an awesome Air BnB that was walking distance to the start/finish lines. Score!

We got to Rehoboth fairly early on Friday and were able to quickly pick up our bibs. Parking was a challenge, but we could have just walked over (duh!) After retrieving our bibs, we headed to Lewes and hit a couple of brew pubs for flights of beer and some high carb snacks. Then we headed back to the house for an early night.

Saturday morning dawned warmer and sunnier than we expected and I had to talk myself into not over dressing. We headed to the start with 30 minutes until go time. Beer Geek quickly headed up to the fast kid area, while I headed towards the back where I ran into my friend and Ragnar teammate, Tre. It was great to see her and chat with her while we waited. 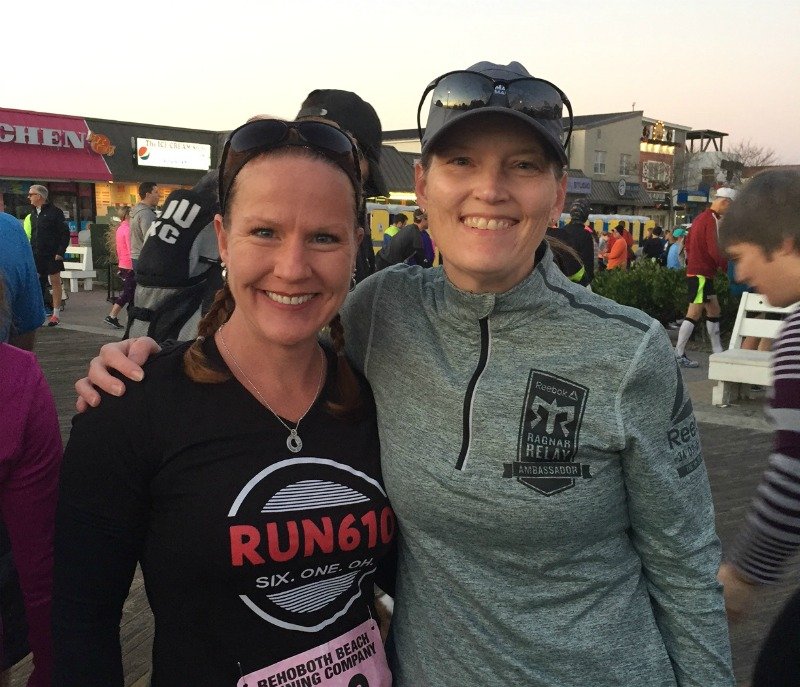 The race started and we slowly moved forward. This isn’t a huge race, but it is pretty tight for the first few miles. My “race plan” was to try and stay at a 10:30 pace until mile 10 and then pick it up. Somehow, though, I ended up right near the 2:15 pacer, so my plan became to keep her in sight. I felt great and just tried to keep a steady pace. I was running faster than I planned, but regular checkins with myself assured me I wasn’t pushing it. Around the 6 mile point, I had to sprint to get around a group and found myself ahead of the pacer. My new goal became to stay ahead of her LOL. We turned onto the path portion of the course and things became a bit more challenging. The path itself was great – just dry enough, but still a bit soft. The problem was the number of people who were running 2-3 across on the path, which made it super difficult to pass. Add in the fact that the leaders were heading back our way before I hit the 7 mile point and it became challenging. Somehow, I managed to keep a pretty steady pace between 10:05-10:15 for this time. I saw Beer Geek approaching me at his mile 10 and he looked awesome and was quite a ways ahead of the 1:50 pacer (his goal time.)

Finally, we hit the turnaround and headed back. I was still feeling pretty good, so I at mile 10, I decided to try to pick it up. I hit mile 11 in 10:00 even and mile 12 at 9:59. I reminded myself that it was supposed to feel like a 5K now, so I picked up the pace a tad more and finished mile 13 in 9:46. I pushed with the little bit I had left because I knew I was close to 2:13 and managed to just barely squeak under.

Beer Geek was waiting at the finish line after I grabbed my medal, which meant a quick photo op and then we headed for beer and food and friends. Beer Geek had already eaten a full breakfast while waiting and had gotten the 2nd beer that was poured after the beer line opened LOL. 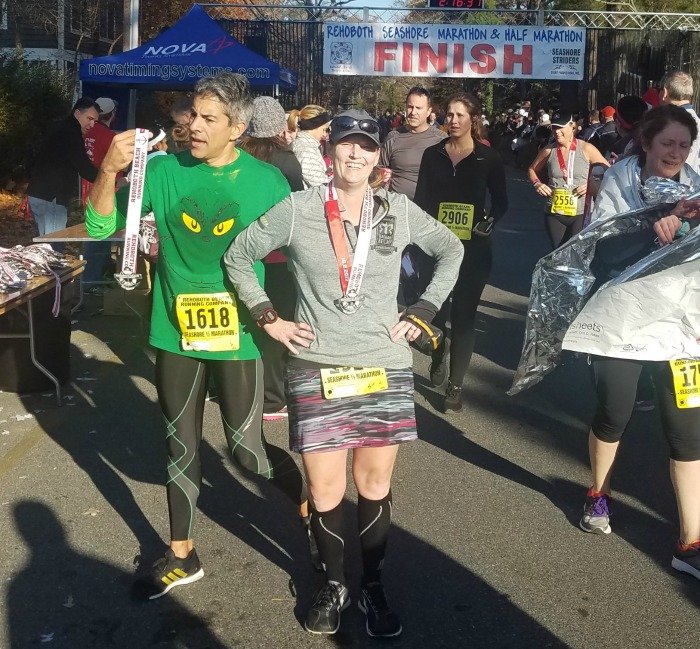 Yes! When the boys were little, we used to go to Rehoboth in the winter to get away for a weekend. It was great to go back again. The race is a fun, well-organized race with an awesome finishers party. We will probably sign up again as soon as the registration opens.