I’ve always loved the Pacific Northwest. Beer Geek is convinced I’d hate living there because of all the rain, but on both vacations we’ve done (one where it rained constantly, one where it did not), I’ve loved the area.

My Washington race proved once again why I would like to move there – cool weather in the summer.

When I signed up for the Harvest Days 8k, I had no idea that I knew anyone near nearby (seems like most of the people I “know” live closer to Seattle.)  When Kim was here and we realized that she wasn’t too far from it, I set one goal for the race: to see Kim. 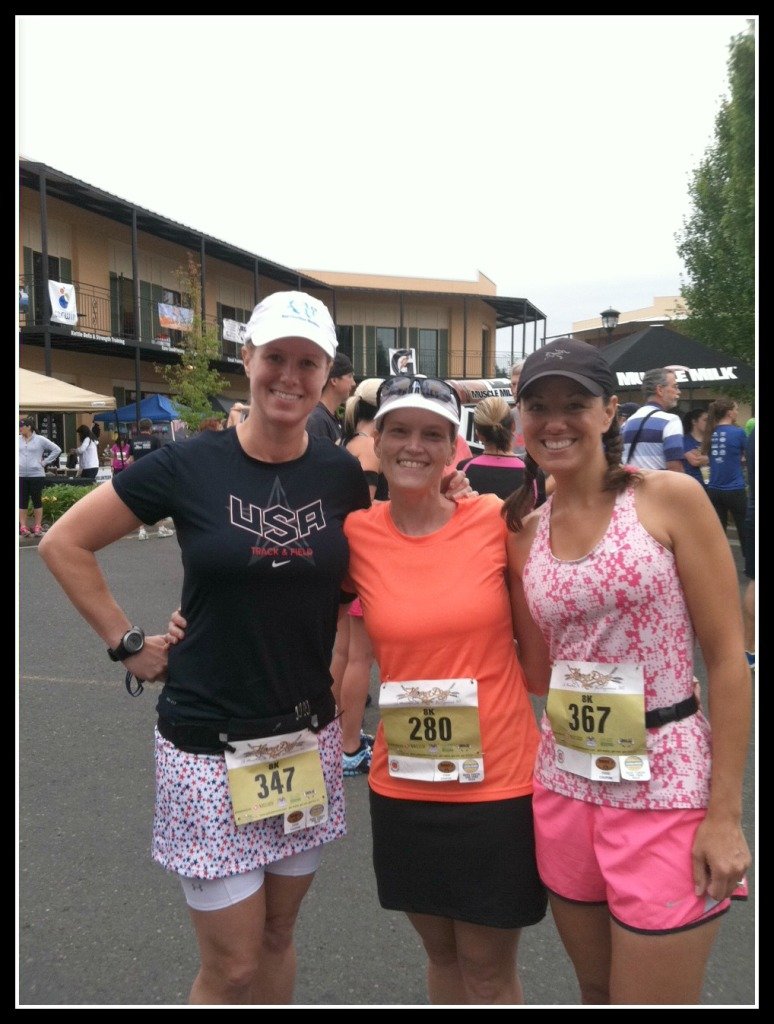 Except, of course, now I needed to actually run the race.

After the horribleness that occurred thanks to going out too fast in my last race, I told my dad to run without me. He opted to stay with me at the start, but ran on my terms LOL. Our first mile was a comfortable 9:19. I figured I could hold that pace for the whole race, except for the one big hill. We hit the second mile in 9:21. Still going strong. Mile 3 had the hill. About halfway up, I told my dad to just go and I would see him at the finish. I managed to run the whole hill, but then walked the water stop at the top to catch my breath. 9:52 for the mile with the hill and the water. And then it was game on. I decided I wanted to leave it all on the course. Mile 4 was 8:56. Then it was all about picking someone and letting them pull me home. I hung just behind a group of 3 (two women and one man) until the last quarter mile. Every time they pulled ahead, I forced myself to push harder. Finally, we could hear the finish line. The trio picked up their pace and I dug deep and gave everything I had. 7:33 for the last .95ish miles and I managed to chick the guy with just a few steps to the finish line. Yes!  Not a PR, but I truly felt that my final time of 45:00 was an accurate representation of where I am right now.

After the race, we got medals and there was beer, but the “bouncer” was way uptight and wouldn’t let in anyone without an ID, regardless of how old you looked.  So, I had a quick beer, chatted with Kim over the fence, and headed out.  All in all, one of the best races I’ve run in a long time! 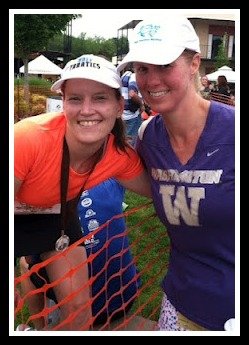 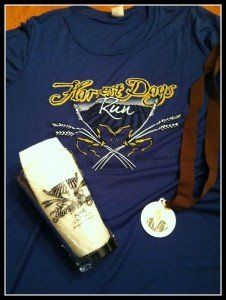