Monday was the first day of the Dust Bowl Series and we ran around Lake Rita in Dalhart, Texas.  It was a 6.55 mile loop that the half marathoners ran twice.  It was a “crushed gravel” surface, but really felt more like running on sort of packed dirt.  As a pavement runner, I found it took a lot of my energy, but it did make things easier on my foot.

We started “dark and early”, but thankfully it was mostly light by the time we actually hit the path.  It was quite chilly and I couldn’t feel my feet until about the end of the first mile. 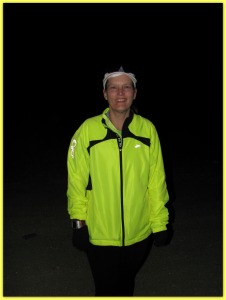 The scenery was lovely in some parts and very desolate feeling in others. Sadly, I spent most of the 13 miles by myself as we were all spread out. 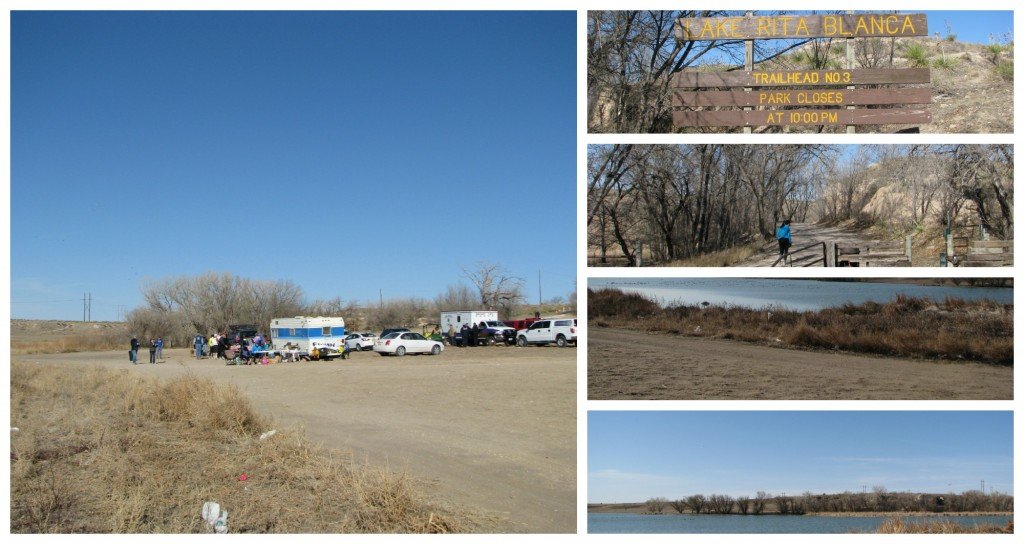 The camper above was the start, finish, and midway point LOL.  The race went well for me for about the first 9 miles.  I was aiming for a 12 minute pace, but reality was in the low to mid-11s.  That was just what felt comfortable.  At mile 9, I began to realize my endurance wasn’t where I’d hoped after taking the three weeks off.  The next two miles included some walking, but still felt mostly strong.  That ended at mile 11.  My hip flexors announced that they were all done running on that surface and I started getting nauseous because I was hungry and cold from the headwind.  Those last two miles were more walking than running.  Finally, I came around the bend and headed towards the finish.  Beer Geek was right at mile 13 and took pictures as I headed his way.

When I got to Beer Geek, I did something I’ve never done before – I walked the last .1.  I was just done and didn’t care, so I walked and chatted with him.  After I crossed the line, I spent some time talking and grabbed a half of a sandwich (so needed at that point!) The end result of that walking and eating?  I don’t know my exact time LOL.  I think it was around 2:40, but it may have been a bit faster.  Then we headed back to the hotel where I took the hottest bath I could stand with some epsom salts.  By the time I got out, I’d stopped shivering and was feeling surprisingly good!

We grabbed a quick lunch and headed to Liberal, Kansas and the Land of Oz (which was sadly closed.) 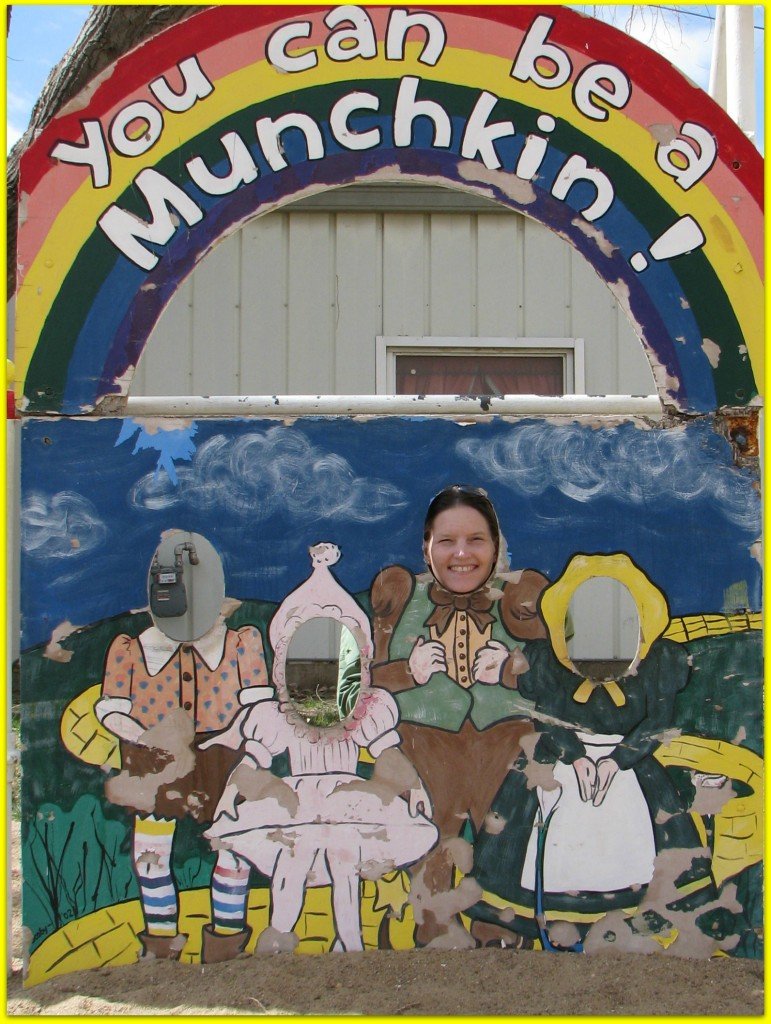 One state down, four more to go.