The fifth and final day of the Dust Bowl Series was being run at Clayton Lake State Park.  The park was about 25 minutes outside of Clayton, New Mexico, so we had to get up seriously dark and early Friday morning.  I made a PB&J in the hotel room and then we headed out. When we pulled into the parking lot, I realized it was going to be a hilly sort of day.  I was right. 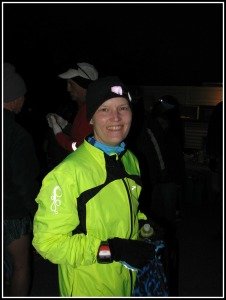 This race had a short loop and then four longer loops, which included the smaller loop.  As we headed out on the first loop, I knew I was going to hate this course.  We ran down an uncomfortably steep hill and then onto a dirt path.  The path led us out onto a dam, where we were completely unprotected by the wind.  I was not a happy camper.  Then we came back and went down the dirt path, back up the nasty hill and out the longer end of the loop.  We would then run the longer part, back through the finish, up the shorter loop, and back to the finish – 4 times.  I was completely confused at first and honestly pretty unhappy.  Of course, the longer loop started with a long uphill and then headed onto a really rocky dirt path.  I was convinced I was going to hurt myself (and in fact, at one point I tripped over a rock and did about 20 steps with helicopter arms before I managed to pull myself upright.)  As I was finishing the first loop, I was ok with my pace, but I didn’t feel like it was going to be a good race.  And then I got to what had been the long uphill and realized it was an awesome downhill.  I opened up completely and FLEW down the hill.  It was exhilerating!  After a short jog, I hit the steep downhill and opened up again.  After that, I was on a major runner’s high!

I handed my gloves to Beer Geek at one point (he was hiking around the area). I also stopped at to switch hats and take off my arm warmers. I embraced the uphills and flew the downs.  I quickly figured out where I needed to just plod along.  I didn’t love the rocks, but as it turns out, the rest of the  course totally played to my strengths. 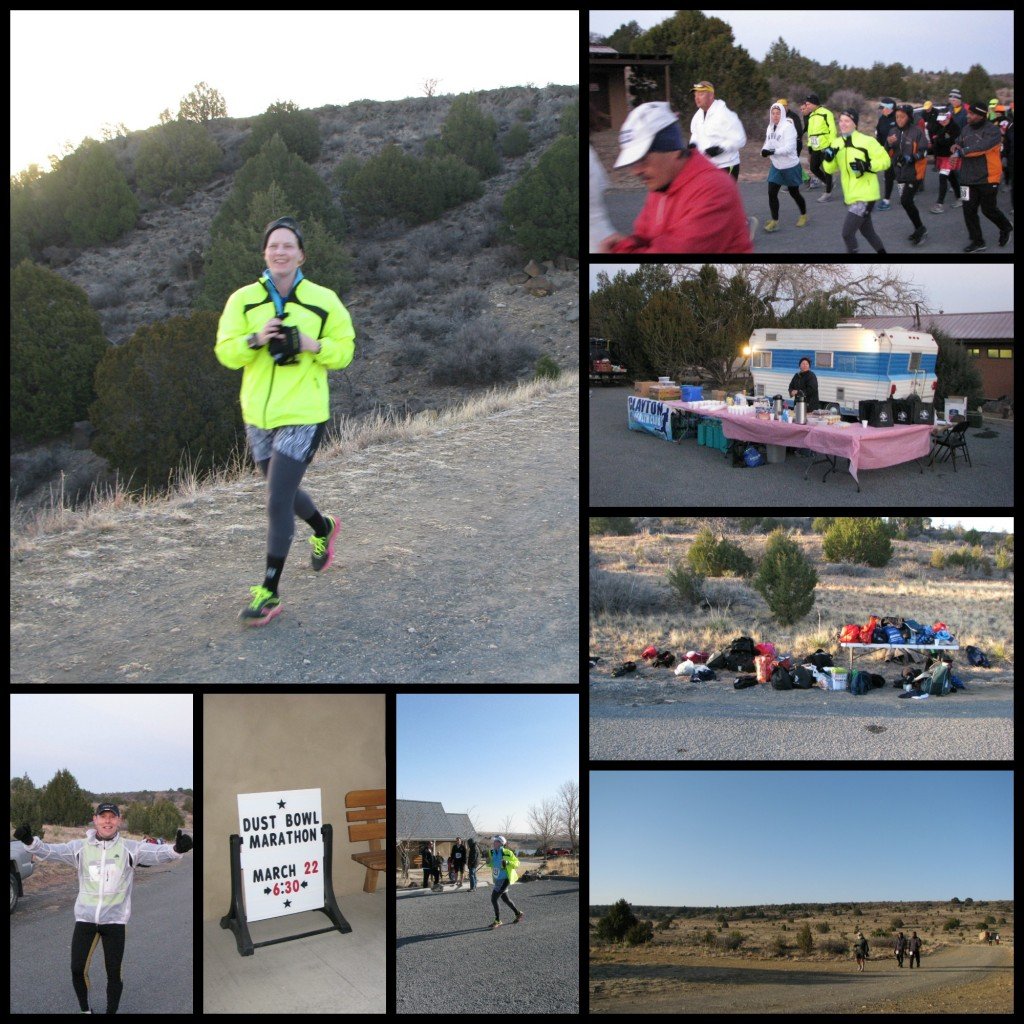 I rocked the race.  From about mile 2 on, I felt incredibly strong.  I had a smile plastered on my face the whole time.  Several other runners even commented on how strong I looked.  I was tired in the last mile, but I knew I’d already completed 64 miles.  I told myself it was ok if it hurt at that point.  And then I was done. 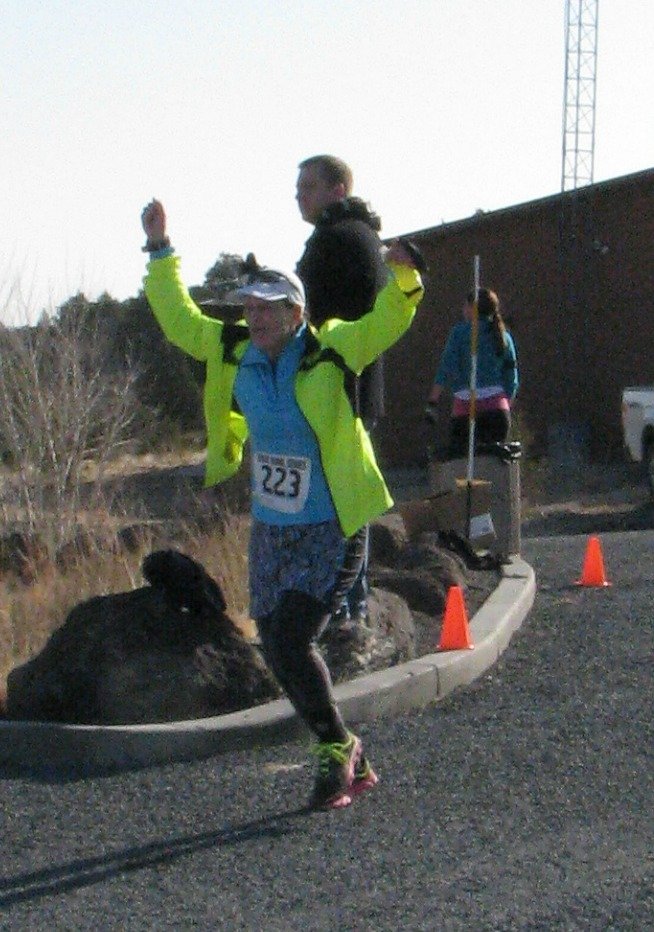 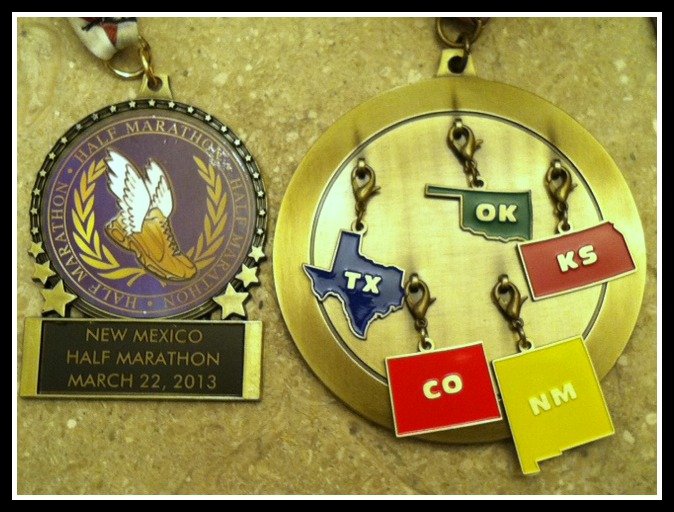 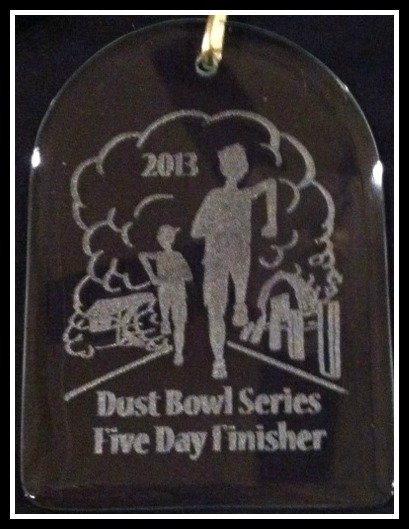 And, since 65.5 miles in 5 days wasn’t enough, Beer Geek and I walked a steep 1 mile walk around the rim of Capulin Volcano. 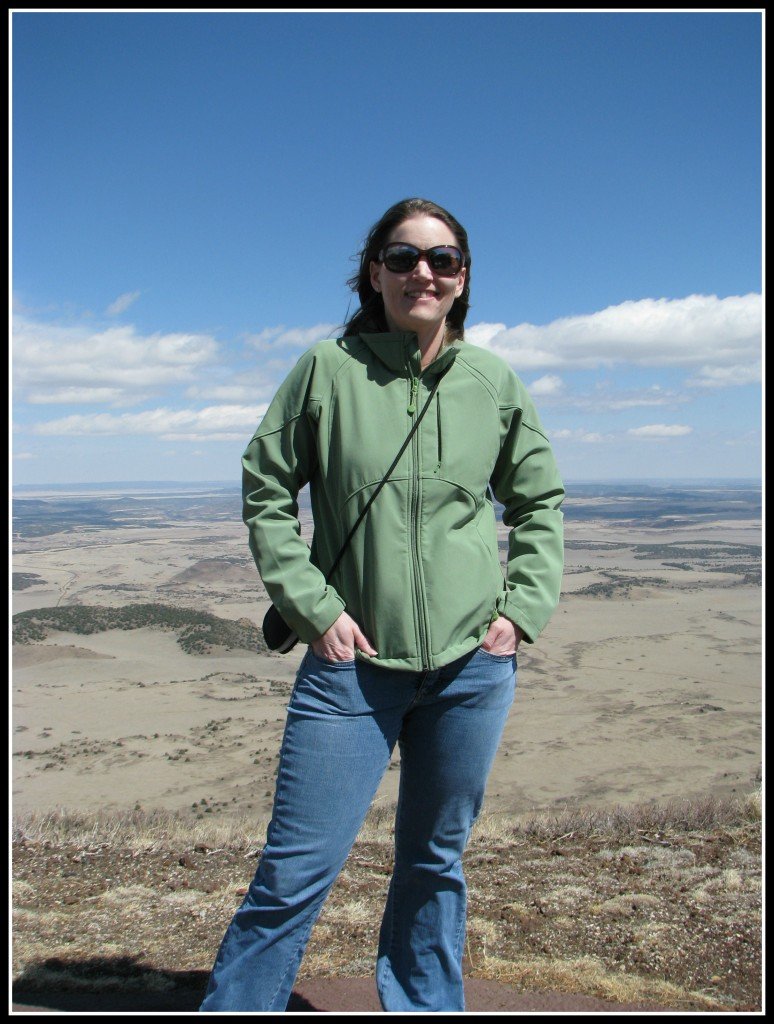