2. My hair is looking a little too Mrs. Brady these days, except without bangs. 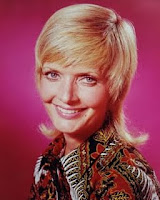 It’s not pretty. I really need a haircut, but I won’t have time for at least another week.  And I’m not sure how to not suddenly have really short hair again.

3. Yesterday, I ran 10 miles.  My friend and I ran 8 miles and then I was going to do just a little more.  Before I knew it, I’d hit 10.  The amazing thing was it was a rainy morning, but stopped right before our run.  It was a gross, sticky kind of run (seriously, I could have won a wet t-shirt contest with how wet my shirt was from running.  If I had something bigger than an A cup).  Not 20 minutes after I got home, the heavens opened again.    Despite the nearly sideways rain, I think I would have enjoyed that better than 100% humidity and no actual rain.  This morning I played it safe and ran 3 barefoot miles on the treadmill.  Only 3.5 more miles needed to hit 100 in October!

Did you write a Three Things Thursday post this week?  Feel free to link up!