You are here: Home / Uncategorized / Three Things Thursday: When the Cat’s away…

Beer Geek was on travel earlier this week. I am quite thankful that his current job does not include the frequent travel that his earlier positions had. I’m also thankful that my boys are older and not as needy as younger children.

Some random things from the week:

1. When Beer Geek is away, we tend to have a much looser schedule and our meals are much more hit and miss. Last night I offered the boys “breakfast for dinner.” They were all over that, but they wanted muffins with their eggs and sausage. I discovered the only mix I had was a banana nut muffin that pretty much had every nut known to man in it. Jones is allergic to peanuts, almonds, and hazelnuts. As you might guess, that mix hit the trash immediately. So, I baked pumpkin muffins and pumpkin custard. This is only notable because I.never.bake. 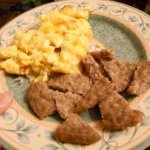 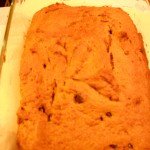 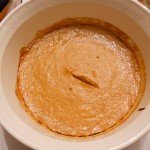 2.  Yesterday I made the rookie error of showering in the morning and putting on a pretty bra.  I had a meeting, so I wanted to look decent (no, they wouldn’t see the bra, but a sports bra would have totally ruined how my shirt looked).  Unfortunately, the meeting went late and I missed my yoga class.  Since I was clean, had on real clothes, and had done my hair and make up, I didn’t work out yesterday.  I’m not beating myself up for it, but sheesh, apparently soap washes away my motivation.  Note to self:  Always wear a running bra.

3.  After my run Monday, my body was a little beaten up.  10 miles in shoes with no cushion whatsoever (Vibrams) is a bit far.  Fortunately (unfortunately?), we had dropped my Pilot off at the dealership to get it  inspected and have an oil change.  With Beer Geek out of town, I only had one way to get it back.  (OK, I lie – I live in an urban area and there are cabs and I have friends, but whatever.)  I forced myself to run to get it.  It was an incredibly slow, stiff run, but I got in 3.5 miles before I got to the car.

Today I’m running a potential race route with some friends and then my parents are getting here.  I can’t wait.  I sleep so much better with other adults in the house.  And the boys have talked my ears off the last two nights, so it will be nice to hand them over to my parents LOL.  I might just sneak out to make up that missed yoga class.