You are here: Home / cold / Trial by Fire: Girls on the Run

OK, perhaps I should call this trial by ice.

As in, it was so cold the water at the water stop froze between when we poured it and when the girls arrived.

This past weekend was the Girls on the Run 5k.  I’ve volunteered many times for this race and others.  This was my first time, however, being the manager of the water stop.  And I was rockin’ it.  I got there crazy early and another helper and I set up the stop.  We were quite thankful for the Knuckle Lights I won from Another Mother Runner, as there were no streetlights above the water stop.

And then we noticed that some of the first poured cups were frozen.  And that the water in the gallon jugs was freezing.

Eventually, we dumped all the frozen cups to the side and repoured water as the race was starting.  Even some of that was frozen in the 8-10 minutes before the first girl arrived.  Eventually it became a situation where we poured as a girl walked up and there ended up being a bit of a wait for water.  We did our best and most of the parents and girls were pretty understanding. 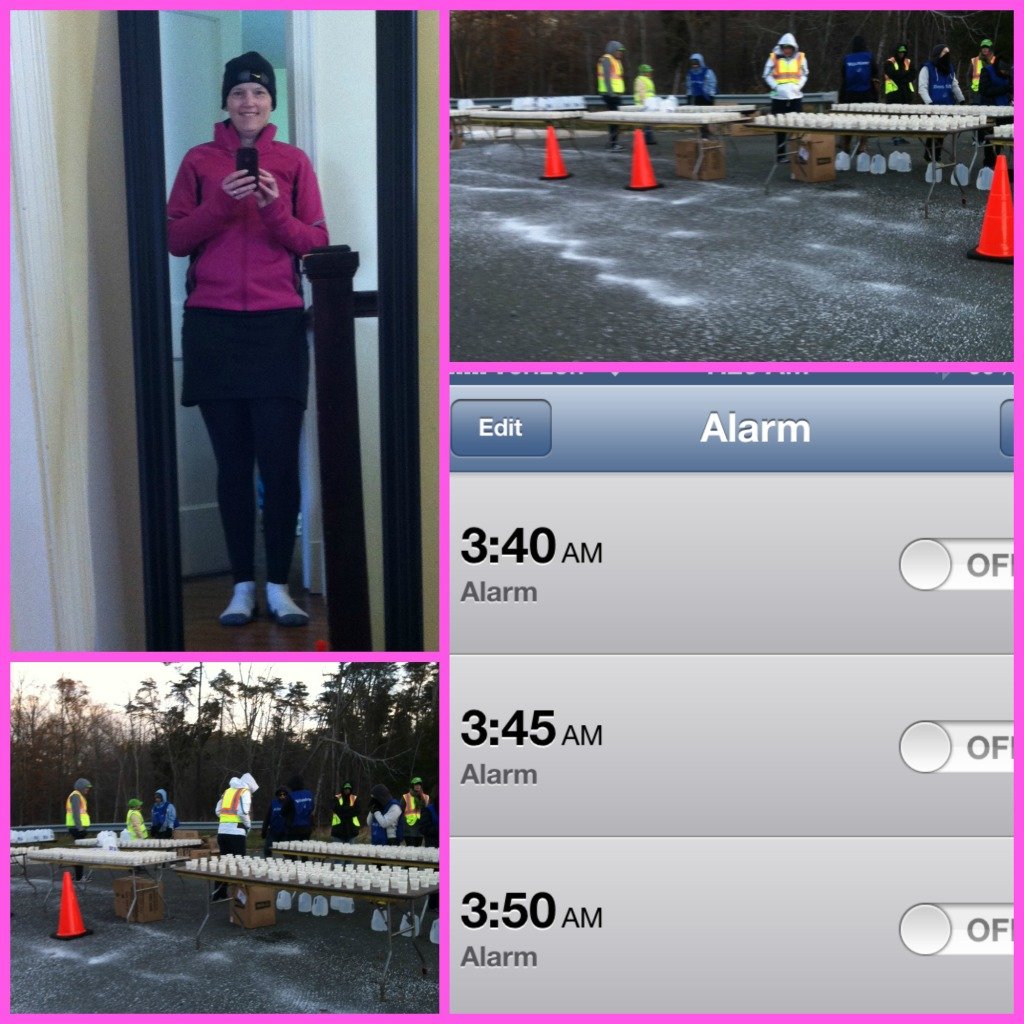 In the end, we all survived and hopefully the girls all got enough water.  I did finally thaw out by sometime on Sunday afternoon and my Fit Meter recorded a rockin’ 11,000 steps!