You are here: Home / challenge / Using running for good

Today I planned to whine. Not sure why, but I’ve just been in a funk lately. Probably has something to do with some minor stress in my life combined with the heat and humidity. (I’m convinced I have reverse SAD – heat, humidity, and sun make me unhappy.)

So, I woke up this morning and sat down at my computer for my usual morning dose of coffee.  And saw this article in my Facebook news feed.

And I had a moment of “I need to get over myself”.

The runner in the article, Frank Fumich, comes across my Facebook newsfeed on a fairly regular basis. We have a couple of mutual friends.

But what stands out about him, is that every time I read something about him, he’s giving back in some way.  The first time I heard of him, he was collecting goods in his garage to drive up to New Jersey after Superstorm Sandy. He wasn’t just sending money.  He wasn’t just asking friends to send stuff.  He was saying “you give me the stuff, I’ll get it where it needs to go.”

Then Boston happened.  And Frank stepped up again. 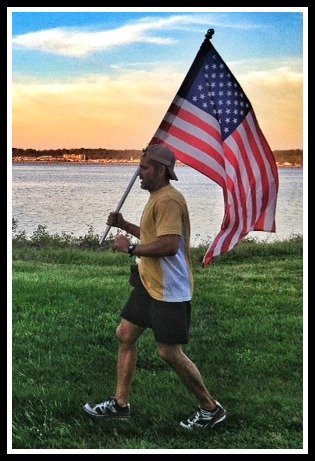 He ran three consecutive marathons – one each for the victims of the bombing – to raise money for Martin Richards’ family.  78.6 consecutive miles were run in a loop between National Airport and Alexandria.  I have several friends who ran with him and I’m still kicking myself for not managing to find a way to join them.  His goal was to raise $26,2000 and he blew that away.  I believe the current total is around $52,000. 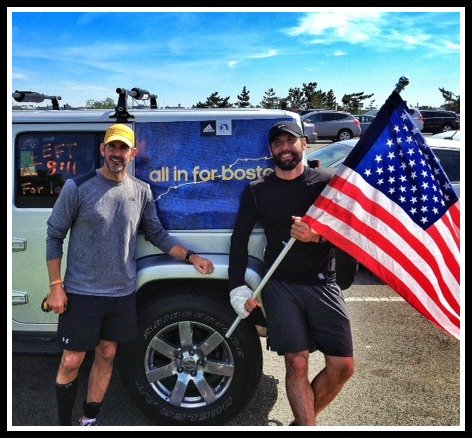 But he’s not stopping there.  Starting Tuesday, he and Matt Nelson are running from the Pentagon to Boston – nonstop.  They’ll apparently alternate, with each running a marathon at a time.  OK, maybe they are a little crazy, but I love that they are using their crazy for good.

If you’d like to donate,  you can do so on their page here.  He and Matt are trying to reach a goal of $78,000 so that they can help Jeff Bauman as well.

Good luck, Frank and Matt!  You guys are awesome!