You are here: Home / running / 5 Tips for running in a foreign country

One of my favorite parts of traveling in a foreign country is to go for a run while we are there. It’s a great way to combine getting some exercise with doing a bit of sightseeing. But not every location is conducive to a safe run and even those that are, requires some thought before hand. Culture, location, and distance all need to be considered before heading out on a run. Obviously, I’m assuming you already packed appropriate items for running and just need to figure out how and where. When we went to Ireland, I was not able to run much because the roads near where we were had no shoulders and no sidewalks. In New Zealand, I could have run easily in Rotorua and Auckland had a bike/run path right in city centre. In Australia, I was able to run around Nelson Bay on a lovely walking and biking path that was heavily used and when I ran in Sydney, everyone and their brother was out for a run around the Opera House. So, knowing the areas played a big role in figuring out my routes. 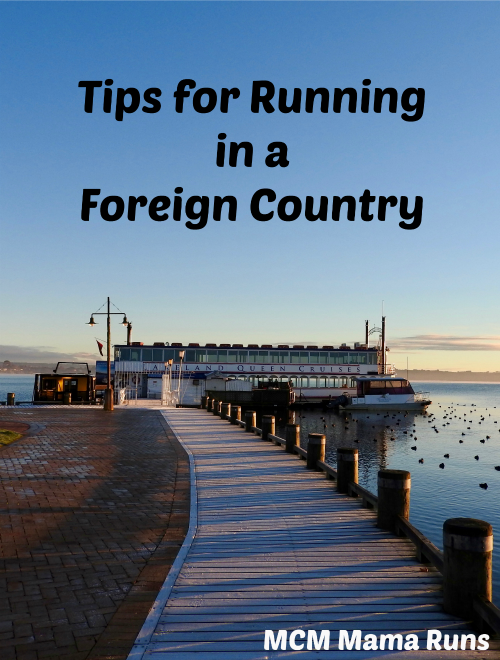 When all else fails, sign up for a race – you know that the route will be at least mostly safe and you are unlikely to be by yourself. It’s always interesting to see how race organizations work in different countries.

Have you run in a foreign country? What did you learn from it? We likely won’t be traveling overseas for a few years now, but a lot of these tips apply to running anywhere you aren’t familiar with.