You are here: Home / long run / Beer, cello, and running

Yes, those 3 words pretty much sum up my weekend. So, today I’m linking up with Tara from Running ‘n’ Reading for the Weekend Recap.

On Friday, we got one last (please, let it be the last!) blast of winter with 35* rain/snow nastiness.  Luckily, the ground was too warm for anything to stick and the kids went to school as scheduled.  I managed to get out and run a super hilly three mile run where I realized one thing: the weather at RNR DC could have sucked even more than it did.  I was completely wet and chilled at the end and quite happy I was only doing three miles. 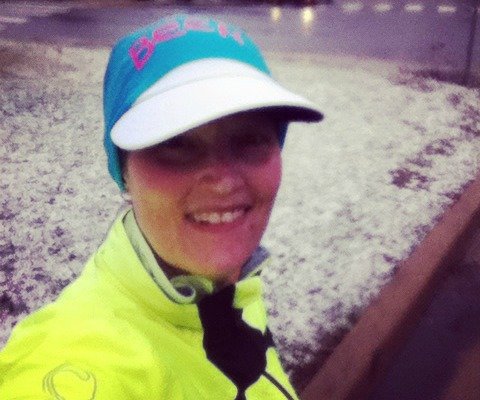 Then we celebrated surviving a long week by going out to dinner at Mad Fox.  Is anyone surprised? 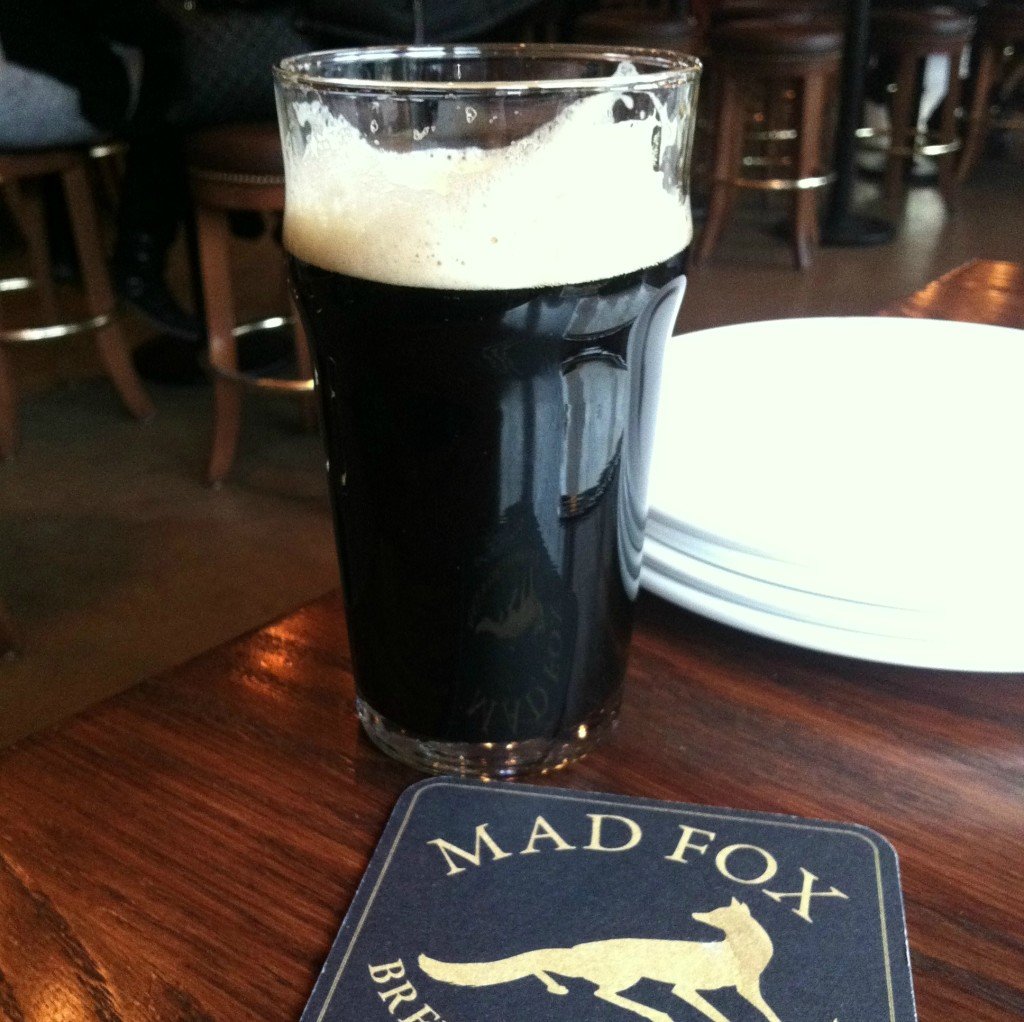 Saturday was all about the cello. Jones had a 3 hour rehearsal in the morning, so I dropped him off, ran some errands with Shoo, and then picked him up again. During the break between rehearsal and the concert, I ran4 miles.  In comparison to the previous day, I overheated in capris and a half zip long sleeve. I never seem to dress right in the spring, sigh.  At least I totally rocked my run with mile 3 at an 8:43 pace and an overall pace of 9:30. (And I must admit, I’m totally in love with the Escape print. I have it in a skirt and skirt capri and will be buying the redemption capris as well.) 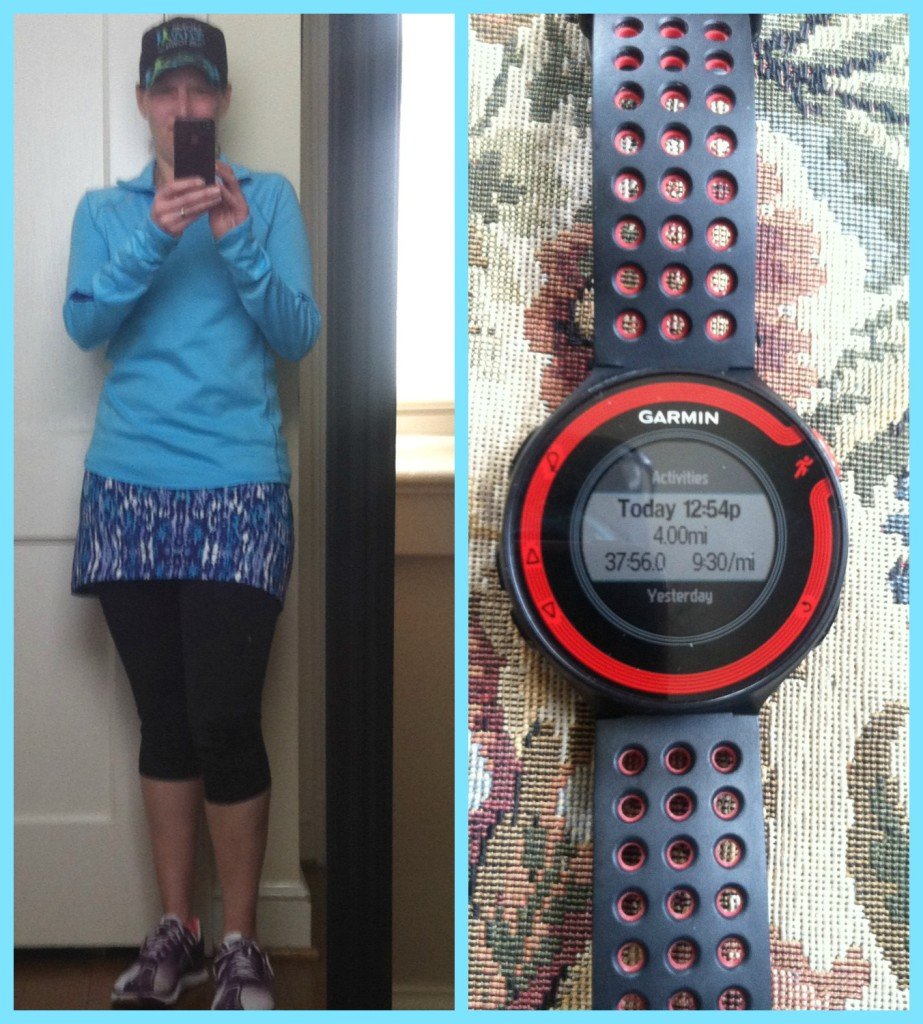 Then it was back to the concert venue where we got to listen to Jones and his youth orchestra play, with one song accompanied by musicians from the local symphony orchestra. After intermission, the older musicians played a selection of music to complement the youth music.  It was lovely, but poor Jones was wiped out by the end of the day. 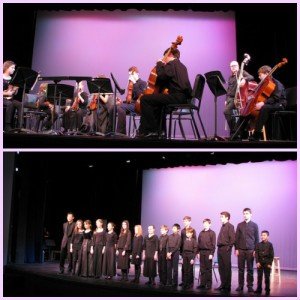 After dropping the kids at home, Beer Geek and I escaped for a couple of hours to World of Beer. As you might imagine, I enjoyed the beer. We do, however, always play the game of “how many of the other patrons are young enough to be our children” LOL. Yes, we’ve been married ALMOST long enough that we could have a child old enough to drink legally. Scary. ;o) 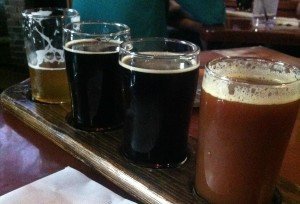 Sunday was my favorite kind of day: pajamas to running clothes back to pajamas. Yep, I never put on regular clothes. I ran 6 miles in a skirt and a half zip. My goal was to run at the pace I plan to do my 19 miler at, but I didn’t manage it.  My average pace was 30-60 seconds faster than I want to run. I think I’m going to add in extra walk breaks to make that happen on Wednesday.  I really feel like I need to slow my long run down if I’m going to survive back to back races!

So, yeah, this week is crazy: 19 miles on Wednesday, 15 miles on Thursday, rest on Friday, 11 miles on Saturday.  Depending on how many other runs I get in, this will be one of my highest non-race weeks ever. Good thing I’m heading home for spring break on Saturday night!

How was your weekend? What was the highlight?  Don’t forget that tomorrow we want to hear (and see!) your favorite race signs!