You are here: Home / review / Designer Whey and Smari review

Remember how I was searching for a way to get more protein into Jones’ life?  I bought a number of different protein powders for baking.  Guess what happened to them?  Trash.  I couldn’t stand the taste.  But I kept seeing mention of whey proteins and decided that would be a great next one to try.

Then I got lucky.  Designer Whey offered me the chance to try out a bunch of their products.  As an added bonus, they sent me some coupons to try Icelandic yogurt from their partner, Smari. 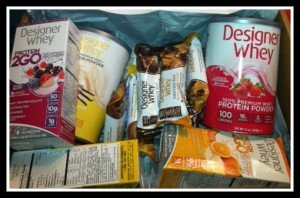 When I got the delivery, I was surprised by all the different products they sent!  And more than a little nervous as I tend not to like most drinks.  I very seldom drink much besides water, coffee, and nuun (and beer, ahem.) Honestly, I was prepared to have to gag down the recovery drink and the pre-mixed drinks (I figured I could just use the powder in baking.)

I couldn’t have been more wrong.

Know what ended up being my favorite? 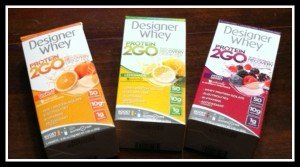 I tried the Mixed Berry first and the slightly creamy taste and texture was a bit weird.  But then I tried the Lemonade and the Tropical Orange.  Well, hello, creamsicle!  I LOVE the taste.  It’s like a childhood treat at the end of a long run.  Even better it has 10 grams of protein + electrolytes and is only 50 calories.  Since I often am not hungry after a run, this is a good way to get in the recommended post run protein.

Some thoughts on the other products I was sent:

These were really good.  Like, too good.  I enjoyed them, but they were too much like a candy bar for me.  While I like the idea of having them for portable snacks on the go, I think I find them too tempting to keep in the house.  And at 170 calories each, it’s a little more than I usually have for a snack.

These tasted less “fake” than I expected.  I took the chocolate one on Shoo’s field trip.  It was a filling, quick snack while I was running around after a bunch of 8 year olds.  It’s not really something I’d keep around the house, but definitely a good option for travel or busy days.

I REALLY want to try and back something with this.  Unfortunately, one of the flavors I was sent has almond in it and Jones is allergic to nuts, so I can’t use that one.  I’m still trying to figure out how to use the strawberry in a bite or brownie or something.  I did drink a scoop mixed in milk and was surprised at how non-lumpy it was.  No gagging at all.  (Yes, I do have issues, why do you ask?)  I think it would also taste good mixed in the yogurt (and someone without my issues might even like it as a smoothie LOL).

So, about that yogurt.  It was OH.So.Good!  I picked up one of every flavor to try and they were all awesome.  It’s a little more sour than many of the traditional yogurts and more like Greek yogurt. 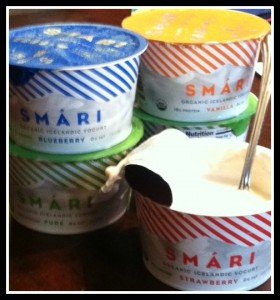 Smari is an organic Icelandic-style yogurt, which means it is strained (similar to Greek) and thick and creamy.  It is available in four flavors – pure (nothing plain about it), vanilla, blueberry and strawberry.  It takes 4 cups of milk to make 1 cup of yogurt versus Greek yogurt which uses 2 to 3 cups and this results in more protein than most Greek yogurts.

Smari is made in Wisconsin, which makes this Wisconsin girl swoon.  Organic milk, organic cane sugar (and less than in most yogurts), and fruit without preservatives.  What more could you ask for?

A chance to win some you say?  Here you go (click here to get to Facebook page to enter): 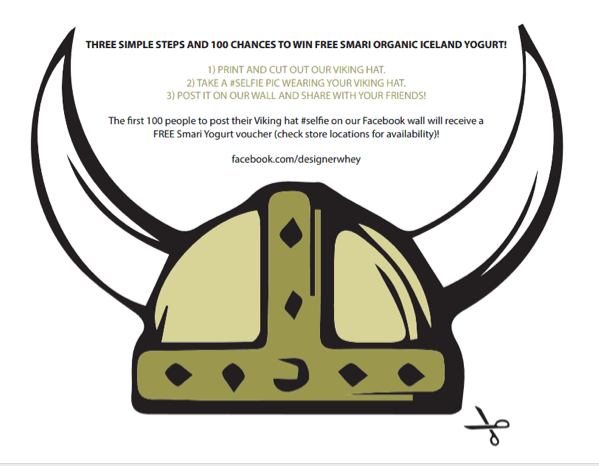 Stay tuned for future attempts to bake or create with Smari and Designer Whey!

Disclaimer:  I received the Designer Whey products and Smari yogurts free from Designer Whey as part of a FitFluential campaign.  All opinions are my own.)