You are here: Home / healthy choices / Did you #rockyourcore last week?

Last week was… interesting. I made some dietary changes, it warmed up a LOT, allergy season hit, and Beer Geek was on a four day bike ride. All my runs kind of sucked, my core was barely rocked, and my house looks like a bomb went off. 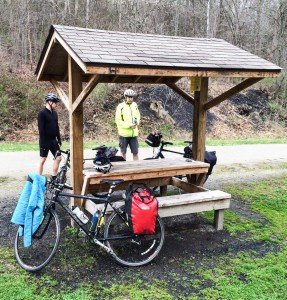 I’m linking up with Tara at Running ‘n’ Reading and Erin at Her Heartland Soul with the details of my weekend.

I decided that it was time to get the eating under control now that my huge mileage was done. I’m not starving myself at all, but I’ve cut out the between meal snacks and most processed foods (which included my favorite carb: bread.) My body has responded by dropping a couple of the excess pounds, which is good, but it has also decided it didn’t like running. Apparently my legs are fueled by processed crap???

Thursday I met up with a couple of friends for a 6 mile run. It was great to run with people, but I struggled to maintain a pace that should have been easy. My legs felt like lead and my attitude matched, but I got through it. 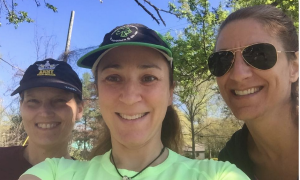 Friday I decided that I wanted the last 6 miles of my 12 mile run to feel something like the end of a marathon. So, despite my lead legs and a warmer than usual day, I went out hard for the first 6 miles. Apparently I played it too well as I struggled to finish the next 4 and then had a 1.5 walk.  Ugh. Not pleasant at all, but gave me the chance to practice running on legs that didn’t want to run and then walk as fast as I could.  I guess you’d call it a mental strengthening run, but it was about the worst run ever. Perhaps I should have heeded my own hot running advice.

Saturday I was single parenting with two soccer games, so I crammed a run in between the games. My legs still felt like lead and it was 80! degrees. I was just happy to get it done and call it my virtual run for 261 Fearless. I did manage to also rock my core a little bit, but I’m pretty sure I’m the worst participant in this challenge LOL. 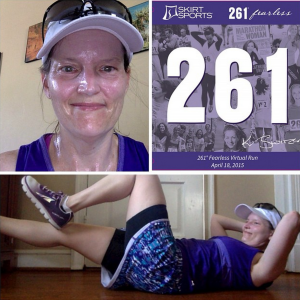 With Beer Geek gone, meals revolved around simple and fast, so there were a lot of salads for me and foods from the freezer for the boys. I did cook up the least “Beer Geek friendly” of my Hello Fresh meals on Friday. It was a summer squash pesto pizza and surprisingly good!

When I had four boys after the second soccer game on Saturday, I decided Subway was the answer. I tried one of their chopped salads and it was fabulous. I had him add every veggie except the jalapeños. Yum! 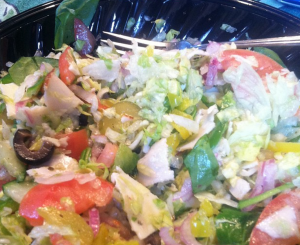 Sunday started off way too early (I love having my kids’ friends over, but my kids sleep in. Other kids don’t…) Once all the friends were gone, it was time to clean and do laundry and get ready for the school/work week. Beer Geek was delayed getting home because of a bike chain issue (not his), so I ended up spending my afternoon cleaning the playroom, which was its own special brand of torture (have you ever stepped on a lego with bare feet???) I contemplated running – the weather was perfect, but 3 days in a row of crappy runs kind of blew my mood. Hopefully my body will continue to adjust to not eating.all.the.things. I’d like to have a good run soon, please and thank you.

At least the cat attempted a workout… 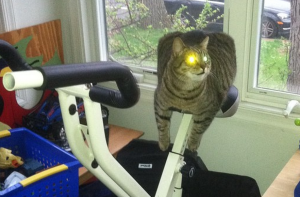 Don’t forget this is the last full week of #ROCKYOURCORE!!!  Get your workouts in and get your entries into the giveaway. 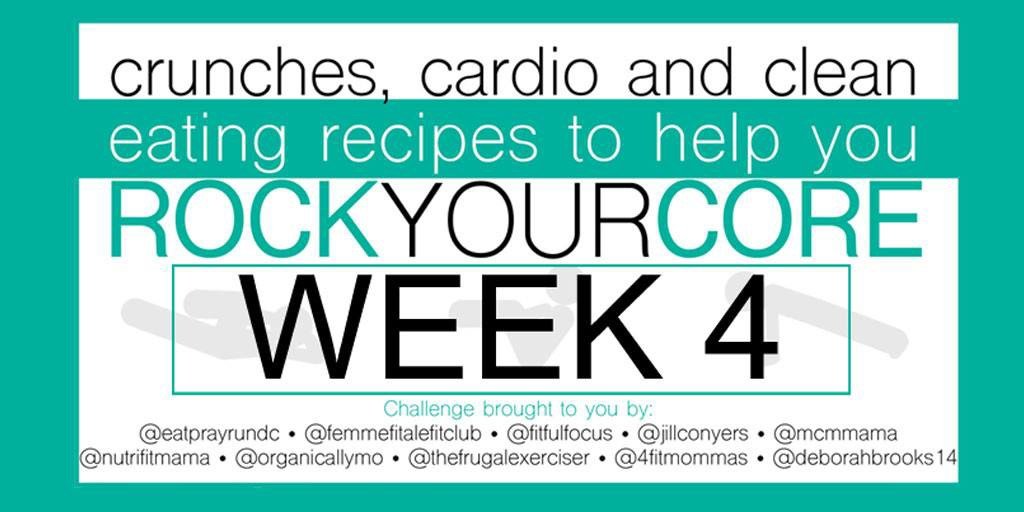 In case you missed it, here’s the calendar: 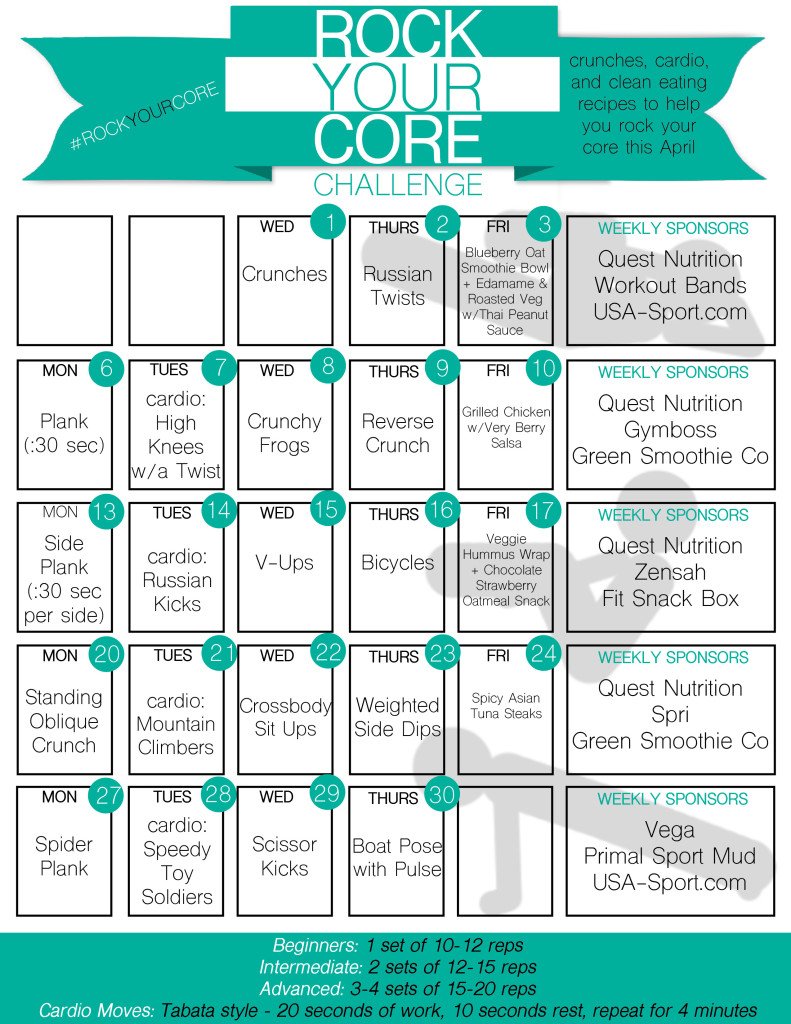 And this week’s video:

And the recipe from last week: Easy afternoon strawberry oatmeal 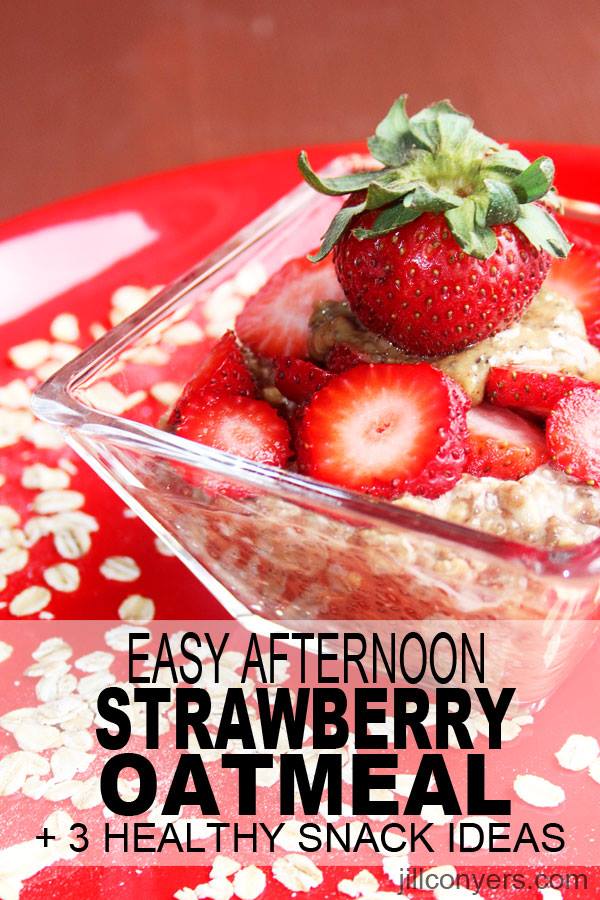 Remember to take your selfies and enter the giveaway!
a Rafflecopter giveaway 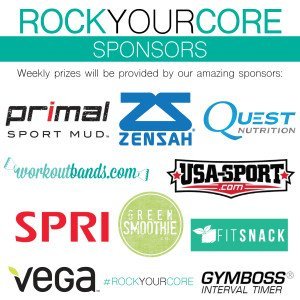 Don’t forget to check out the other awesome bloggers!

[Tweet “Are you rockin’ your core? Join us for another week of #rockyourcore! #fitfluential #runchat #sweatpink”]

So, tell me, did you do anything exciting this weekend?  Also, don’t forget to join us tomorrow for Tuesdays on the Run!

Big topic on Tuesdays on the Run this week: Why do you run?

Tell us why you started, or what keeps you moving, or what running means to you!

Upcoming weeks:
April 29: favorite warm weather attire – It’s heating up. Tell us what you wear to be comfortable in the summer.
May 5: Best race you’ve ever run – Interpret that however you want.