I was an ambassador for the Fit Foodie 5k this weekend, so I was invited to attend all of the events, including the race.

I’ve been really tired this past week. Lots going on with the last week of school + I’ve been trying to be lift weights more frequently + watch what I eat.  I know in the end I’ll feel stronger, but my body is still adapting.  This was my first 5k in ages and I had no plan to race it.  I just wanted to wrap up my 20 miles for the Mizuno Baton.  I got there plenty early and got to spend time hanging out with the other Ambassadors and the lovely ladies of MRTT. 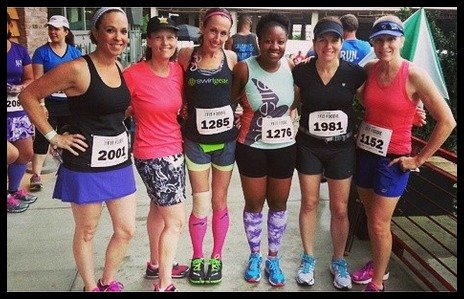 Source: You Signed Up For What?

I started the race with Courtney and Cynthia, but quickly realized I did not have an 8 minute pace in my legs, so let them go.  The race started in waves (but not by pace), so I had no difficulty finding my own pace and running my own race.  My body wasn’t a fan of feeling like I was pushing hard  (a few too many races at half marathon pace will do that to you LOL), but I just kept plugging away.  The course was surprisingly hilly, but I got the job done and finished with an overall average of 9:06. I didn’t think I could finish strong, but I surprised myself with a sprint when a guy tried to pass me at the very end LOL. It wasn’t my best time ever, but it wasn’t awful either.

I crossed the finish and immediately met up with the other ambassadors.  We all hung out together as we checked out the food options.  Lots and lots of yummy food options! I’ll have pictures of food in a later post as I have a TON of pictures from the many eating events of the weekend. 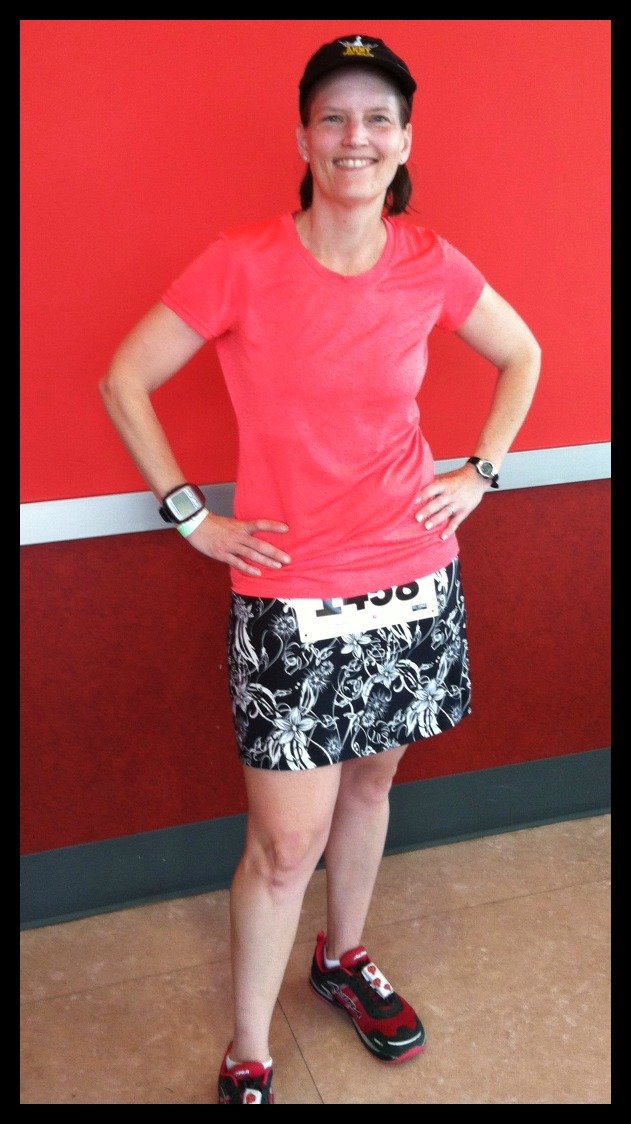 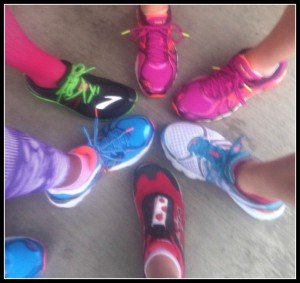 This was an inaugural race, so they definitely have some things to work out.  None of the things that need work affected me directly, but it was easy to see where problems could arise. Some areas for improvement: 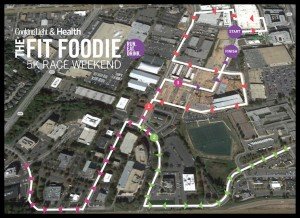 Sure!  It was a fun race, it’s local, and the food was phenomenal (yeah, I’m talkin’ about the food again…) I know from past experiences at inaugural races that next year some of the kinds will be worked out and it will be even better.

Don’t forget to come back tomorrow to link up!  I’ll be hosting Tuesdays on the Run with April and Patty!  This week’s topic is “injuries” (oy, I’ve got a lot to say about that), but remember, you can link up any post that talks about running!