A while ago K from Just Trying is for Little Girls mentioned she wanted to do the Flying Pirate Half Marathon as her North Carolina race.  Somehow, G, T, and I were all able to clear our schedules and join her.  We met in Richmond and headed down to the Outer Banks.  We made good time going down and hit up the well-organized packet pick-up with time to spare.  We then headed down to Cape Hatteras to see the lighthouse, the beach, and grab dinner.  T, K, and I watched “Pitch Perfect” while G studied and then it was time to for lights out. 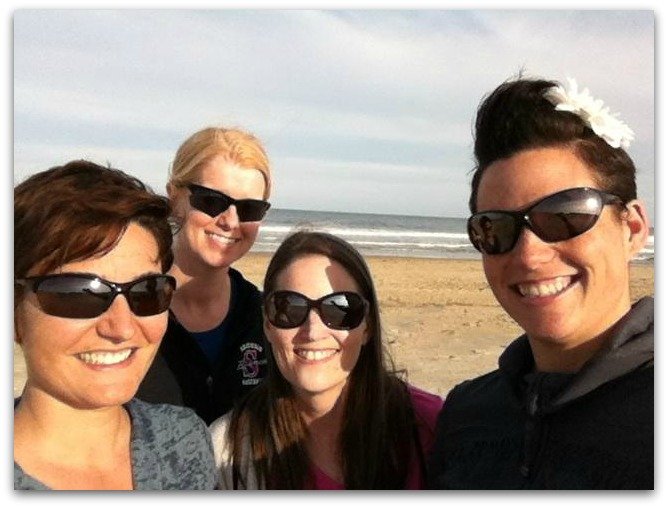 Despite not being sure where my body was in its recovery from my previous challenge, I decided to set some goals.  It would be disingenuous for me to claim “finishing” as a goal.  I’ve pretty well proved to myself that I can finish a half marathon.  It might be slow and it might not be pretty, but it will get done.

My super stretch goal was to have every mile clock in under 10:30, but I knew that was really unlikely.

After a super early wake up, a long drive to the start, and a mad dash for the porta potty, it was time to go. 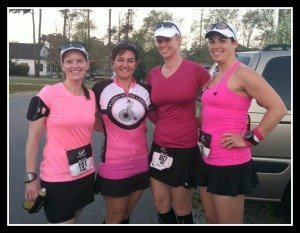 I finished the first mile in 9:59, but it didn’t feel like I was pushing myself, so I decided to see how long I could hold a pace lower than goal pace.  Worst case, I’d be walking the last miles.  (Foreshadowing, maybe?)

I was just beginning to feel fatigued when G showed up around mile 7.5.  Talk about an energy boost.  It was awesome to chat with her and she amused me with her picture taking antics.  Then it was the long circle around the monument, which was one of my fastest miles in the race. 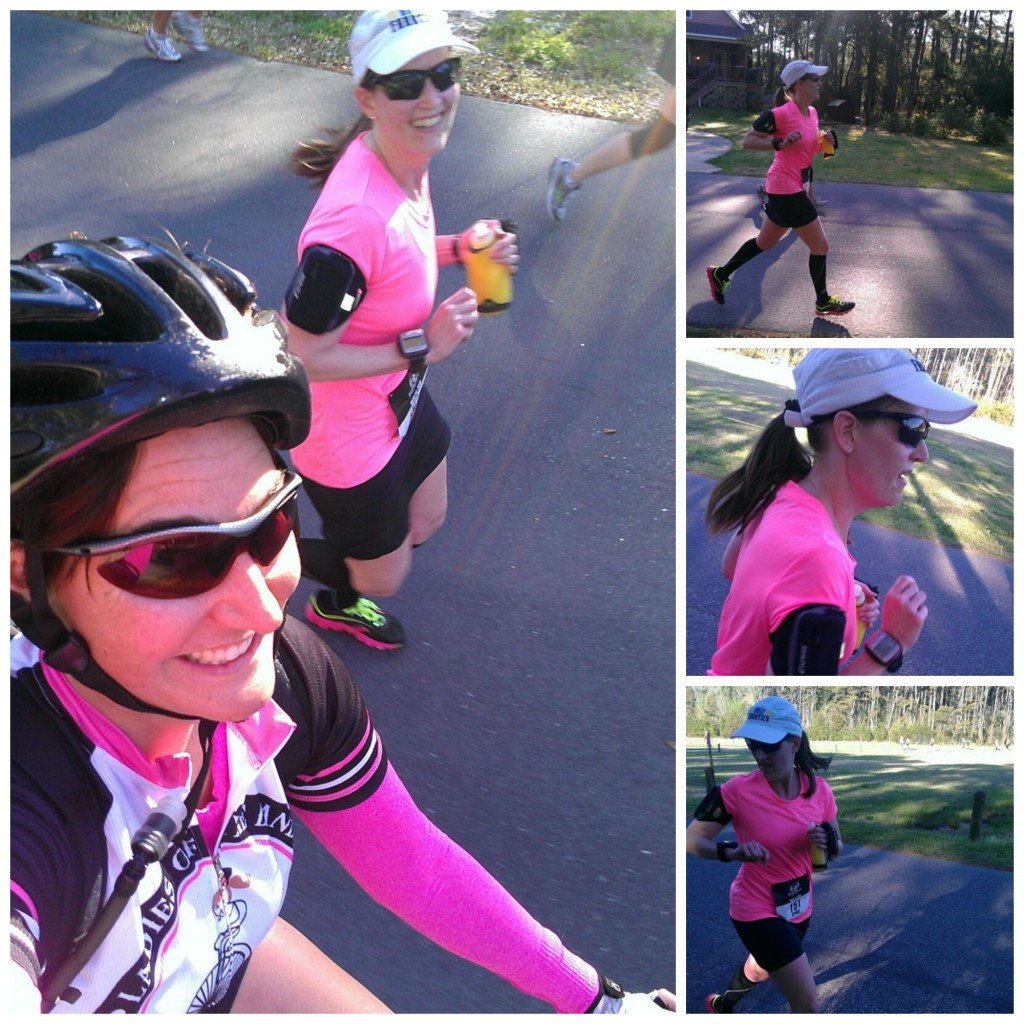 In fact, at the end of mile 9, I was feeling pretty awesome and was averaging a 10:07 pace.  Mile 10 was a little slower as I walked the water stop and then couldn’t quite pick it up enough to stay under 10:30.

And then we hit the woods.  I’ve made no secret of the fact that I don’t run well on “packed dirt”.  I have no place near me to train on it and I just find it exhausting.  So, the mental bargaining began.  I finished mile 11 in 10:55 and made it my goal to keep every mile under an 11:00 minute pace.  I was quickly losing steam though and my mental strength went out the window.  I was tired and just wanted to be done.  When I finished mile 12 in 11:20, I vowed that would be my slowest mile.

But, the joke was on me.

At the start of the final full mile, we took a sharp turn up a steep hill into a true trail running situation: skinny, hilly trail covered in pine needles.  I nearly cried.  I had pushed so hard for the previous miles and just had nothing left. 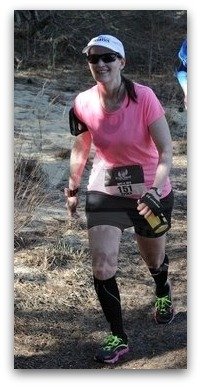 I couldn’t even venture a guess as to what percentage of that mile I ended up walking. That mile took me 12:36, but I totally would have said it took longer. Finally, there was one last evil uphill, a slippery steep downhill, and a sprint to the finish. 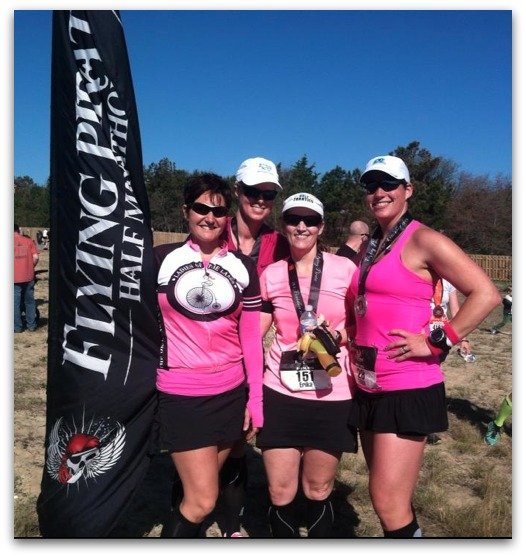 I crossed the finish line, got my medal, and shoved a paper towel with ice into my bra. (Best feeling ever!)  I quickly found the “girls” and we headed in search of a shower.  Oddly, my feet started cramping up, so I spent the next 15 or so minutes desperately trying to get my shoes and compression socks off.  My “shower” ended up being a hair wash under the freezing cold spray of an outdoor shower + some shower wipes that K had.  Thankfully, I was surrounded by equally “clean” women.

While I absolutely hated the last mile, overall I thought this was a good course.  And getting to do it as part of a weekend with three of my favorite runner friends was pretty much the definition of awesome.  I’d totally run it again and I’d likely employ the same strategy and just accept that I’d be walking the last bit LOL.  But, once again, I probably ought to have read the course description. 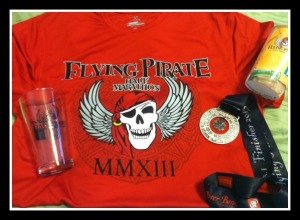