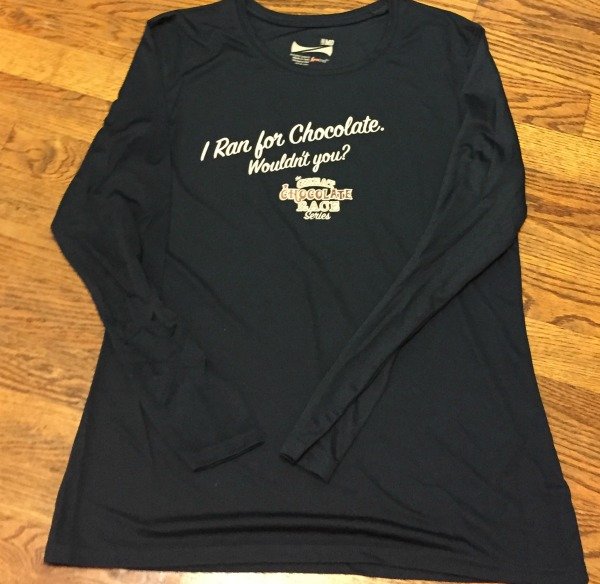 Saturday was one of the first really cold days this winter. Somehow, I forget how to dress myself for cold temps every.single.year. I had no idea what to wear and did not actually decide for sure until that morning. To add to the fun, I’d been having issues with my ankle for about 3 days. I have no idea what caused it or what it was, but my Friday shake out run had me worrying about a potential DNF. 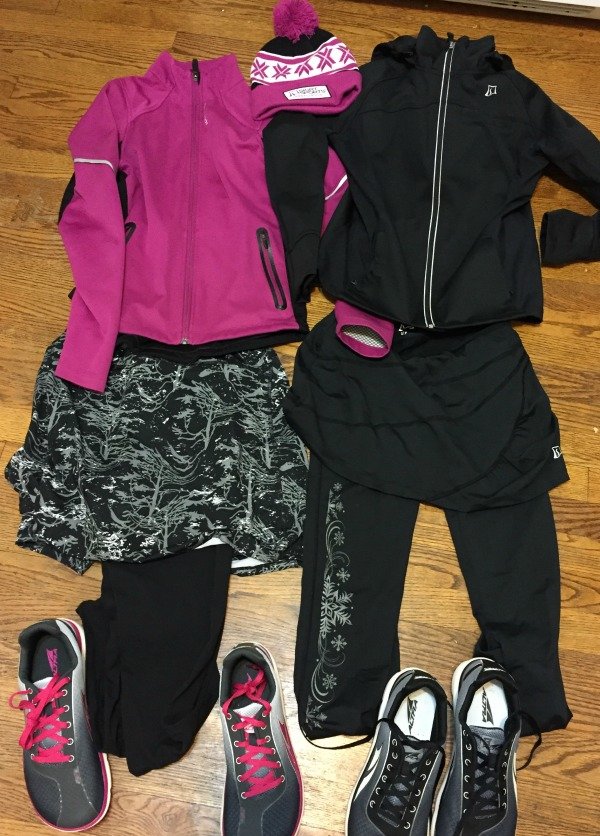 Beer Geek and I got up early to get ready. We both put on all the layers and then parked over at our old rental house. It was about a mile walk to the start, but a shorter walk from the finish festival and out of any of the areas where other Great Chocolate runners would park and had free parking on weekends. (Gotta love urban races and parking…) I manage to meet up with a bunch of MRTT moms and Beer Geek met up with some of our run club fast kids. It wasn’t long and we were off. 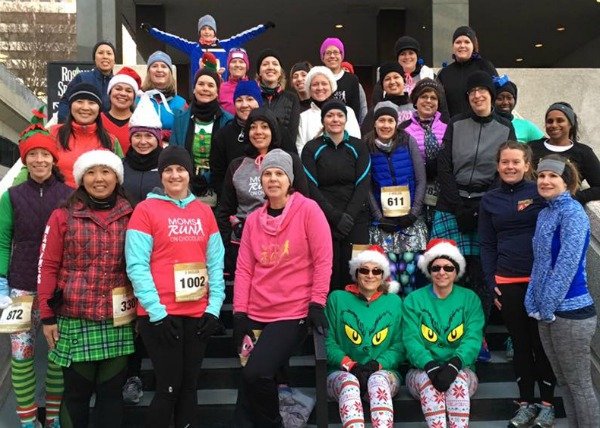 The first mile pretty much sucked as it was crowded and I started too far back. I did manage to pull off a sub-10 mile though, which was my goal. Mile 2 was uneventful and then during mile 3 we hit the turnaround point at the Air Force Memorial. I was happy to be done with that hill and raced back down it. At mile 3, thanks to some friends giving a shout out, I discovered that one of my running friends was right behind me. He’d apparently been following me the whole race, but didn’t want to mess with my groove. I was happy to see him though and honestly, I ran the last two miles faster with him pushing me a bit than I would have otherwise. The last little bit of uphill at the end nearly killed me though. Mission accomplished: 9:26 pace. 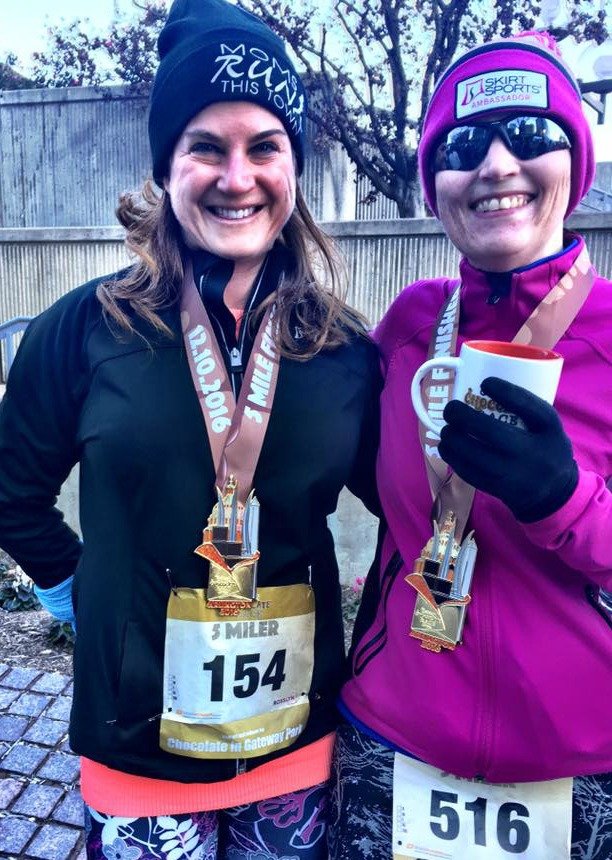 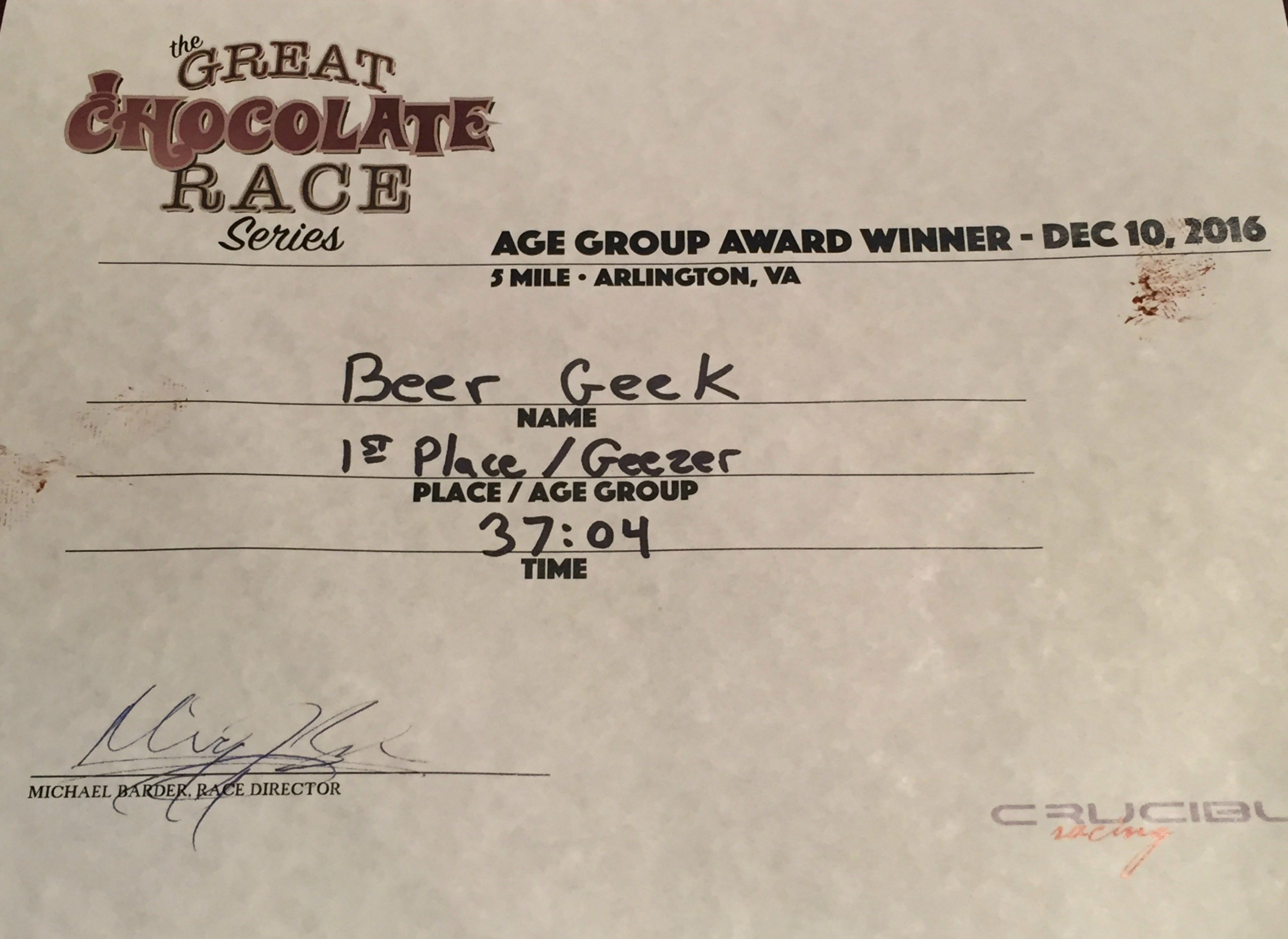 Would I run the Great Chocolate race again?

Probably. It’s a low hassle race and a great way to push myself at a time of year when I’m not running half marathons. The chocolate was yummy and the medal and mugs are cute. Beer Geek said he’d run it again next year too. 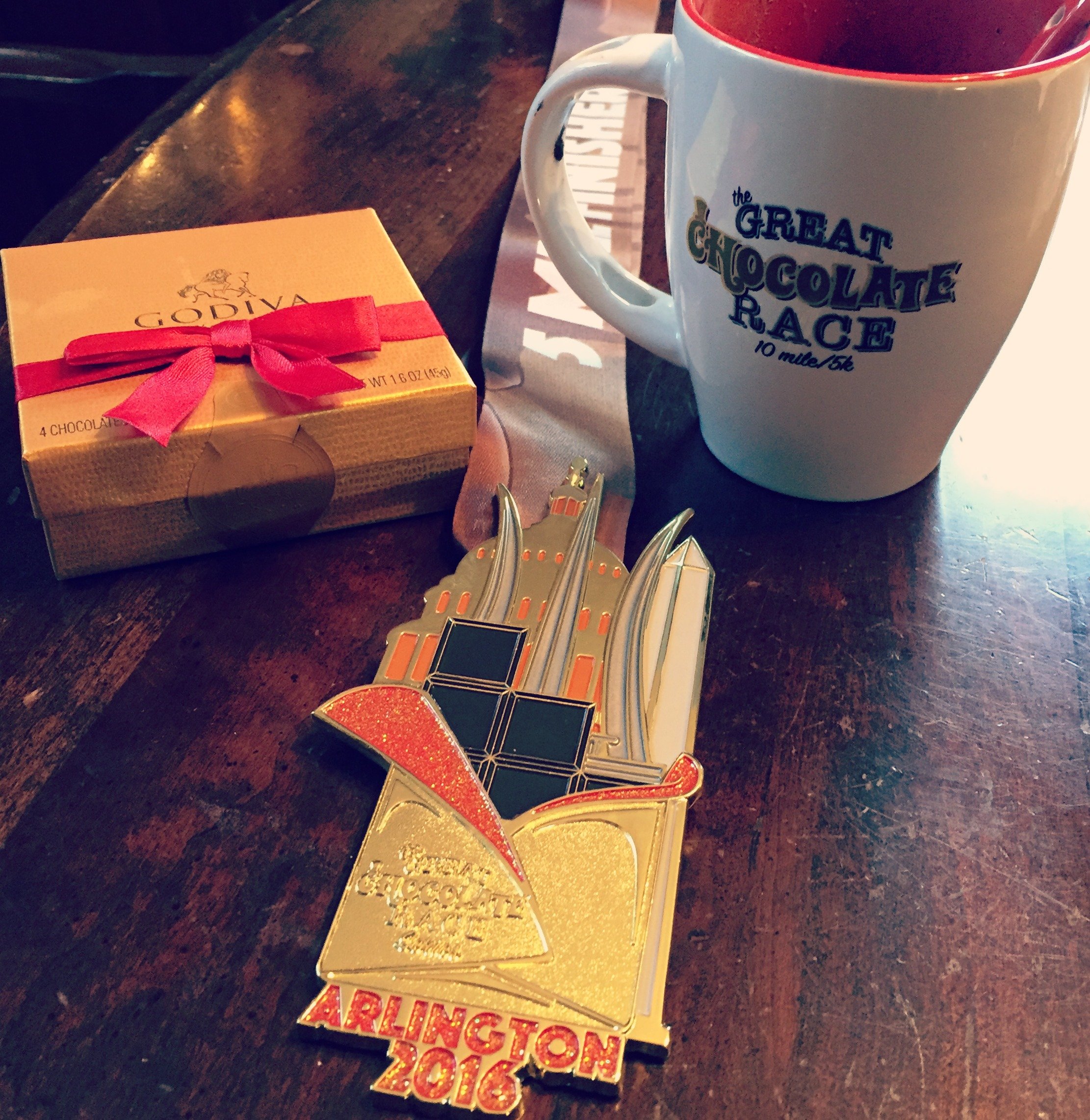