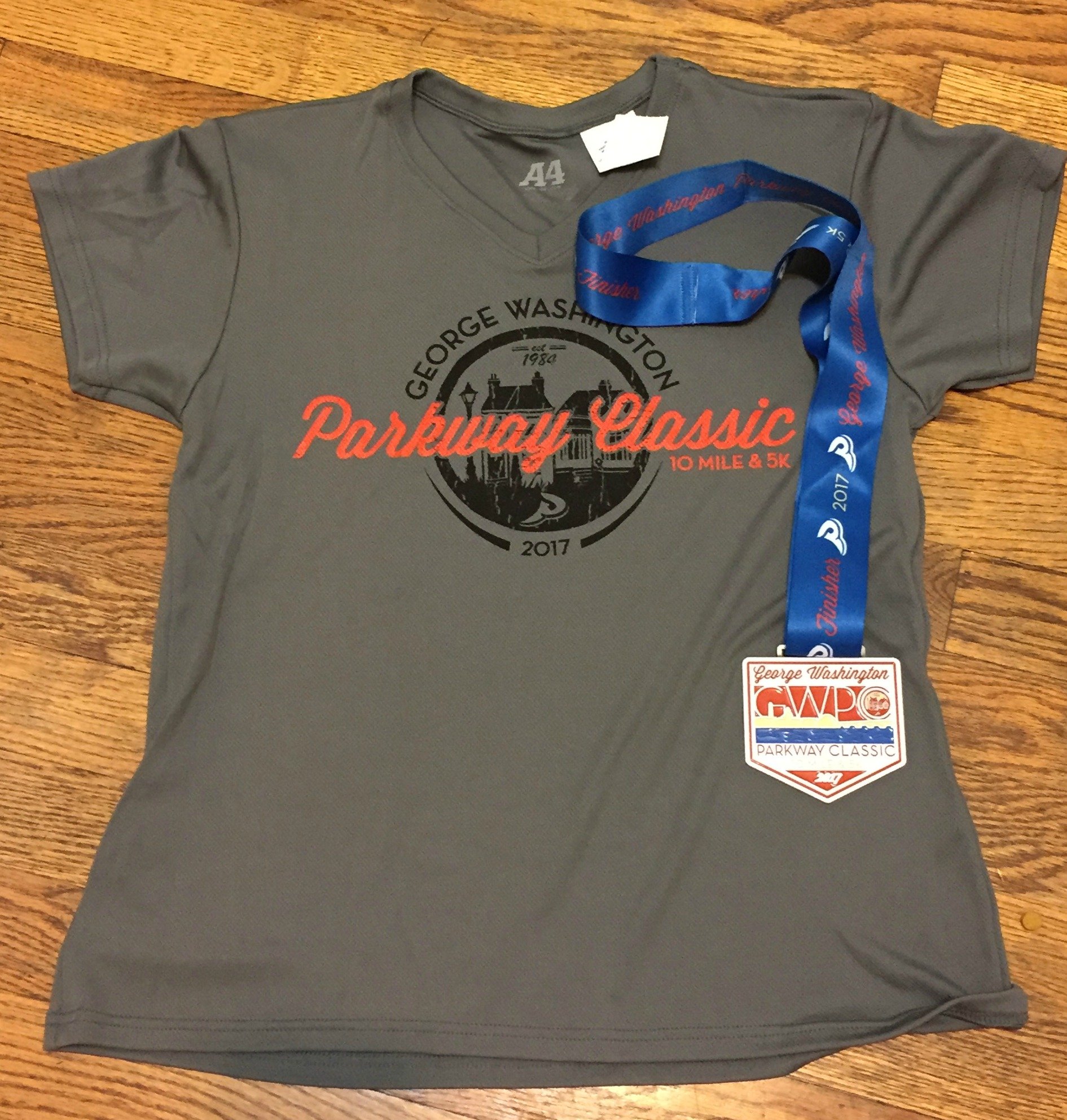 Temp: High 40s to low 50s
What I wore: visor, tank top, a half zip, a Skirt Sports Happy Girl, compression socks, and Altra Ones 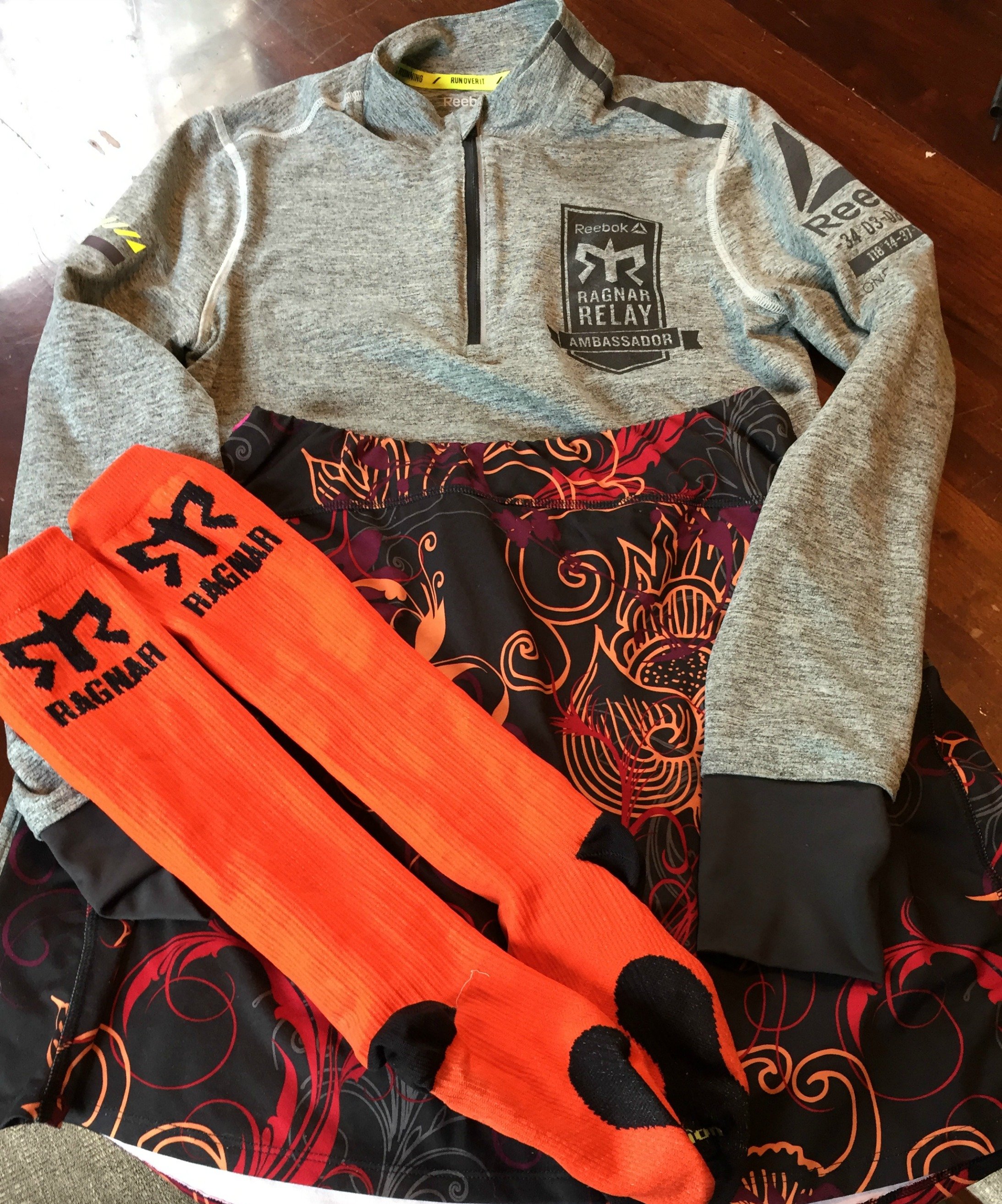 This was my goal race for the season. I knew I wouldn’t PR, but I wanted to run a sub-10 pace. I worked hard in February and March to pick up the pace and did really well on some early season races. But then April happened and I added distance and I stopped doing speedwork. After last weekend’s half marathon with a 10:25ish pace, I figured my goal was unlikely.

The weather forecasts went from bad to worse and back again over the last few days. Finally, it moved from mid-40s and rainy to high 40s and cloudy. That was something I could work with, sort of. High 40s are right on the long sleeve line for me and I changed my mind about a million times about what I would wear. In the end, I decided on a long sleeve half zip with a tank underneath. A friend picked me up for the race and we caught a bus – for the longest bus ride ever. (The driver actually circled National Airport twice. Why? I don’t know.) Finally we did make it to the race, we killed an hour with stops at the porta potty, and we headed out to run.

I went out faster than planned in the first mile. I told myself to slow down. So, I went faster in the second mile. And then the third. I eventually just figured I’d run hard until I blew up. Mile 6 was the fastest of the race (and nearly a minute faster than goal.) Despite that I was able to turn and smile at a friend as I ran. 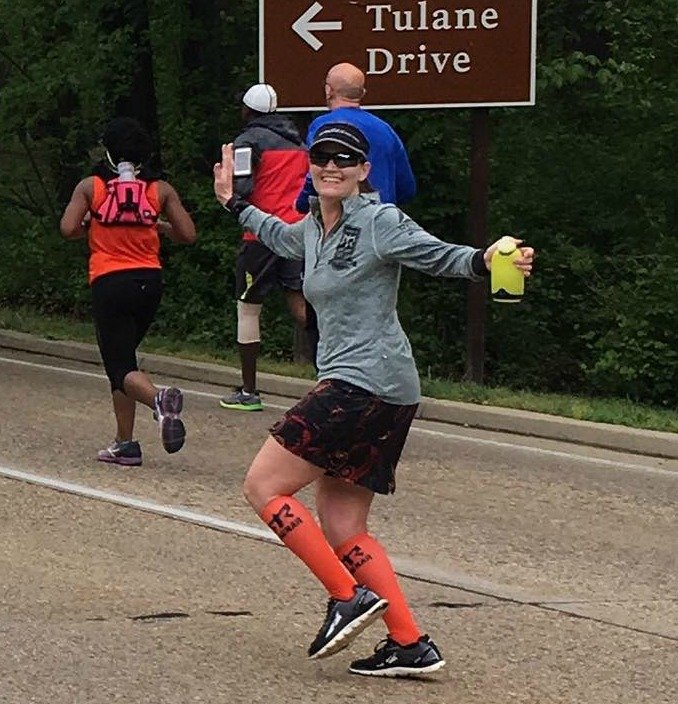 Each mile I was convinced I’d need to slow down, but I kept on going. Finally, at the beginning of mile 9, I started feeling worn out. But I kept pushing, despite two good sized hills. When the finish line came into view, I tried to pick up the pace, but I pretty much had nothing left. In the end, I managed 1:3613, nearly 4 minutes faster than my goal and a 9:38 pace! 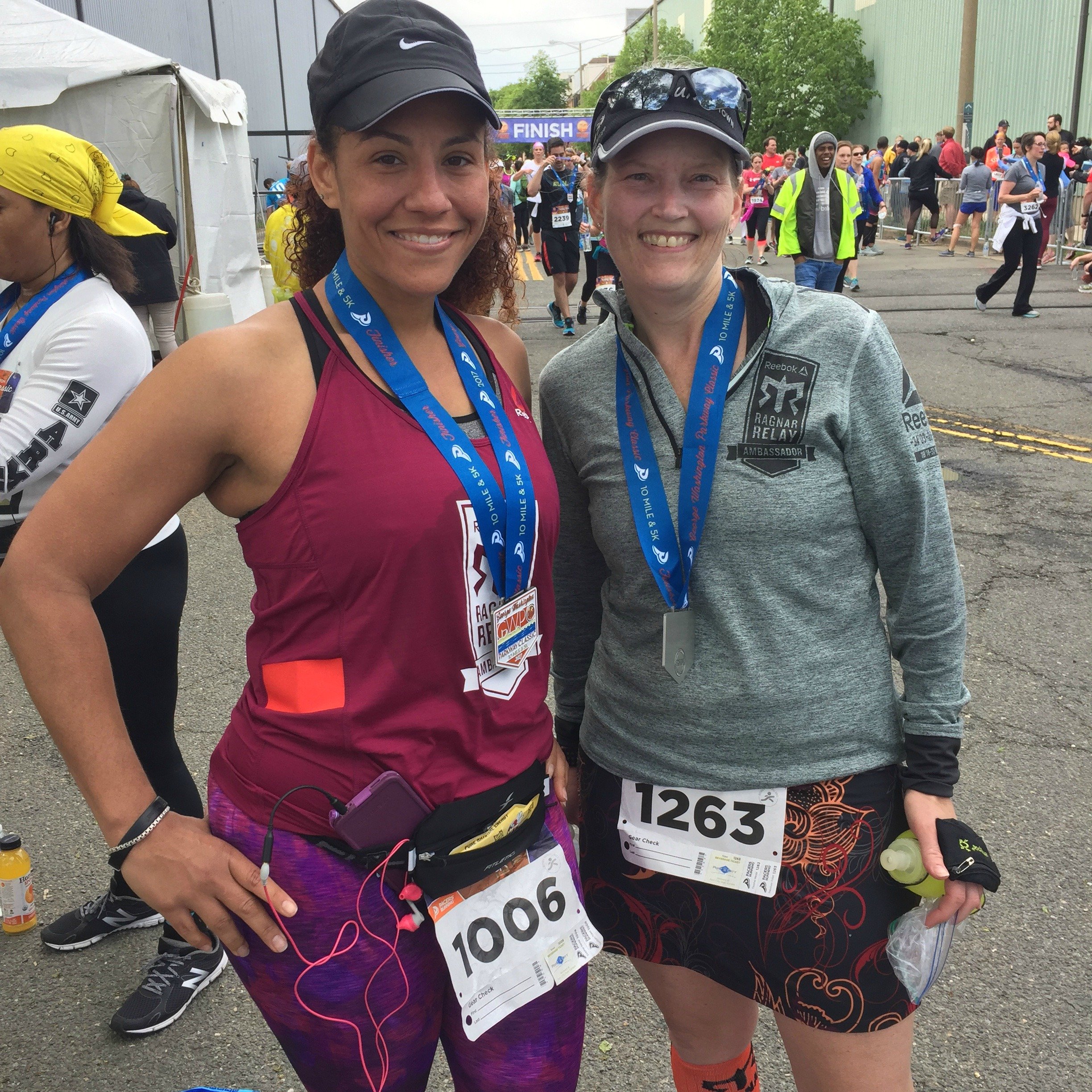 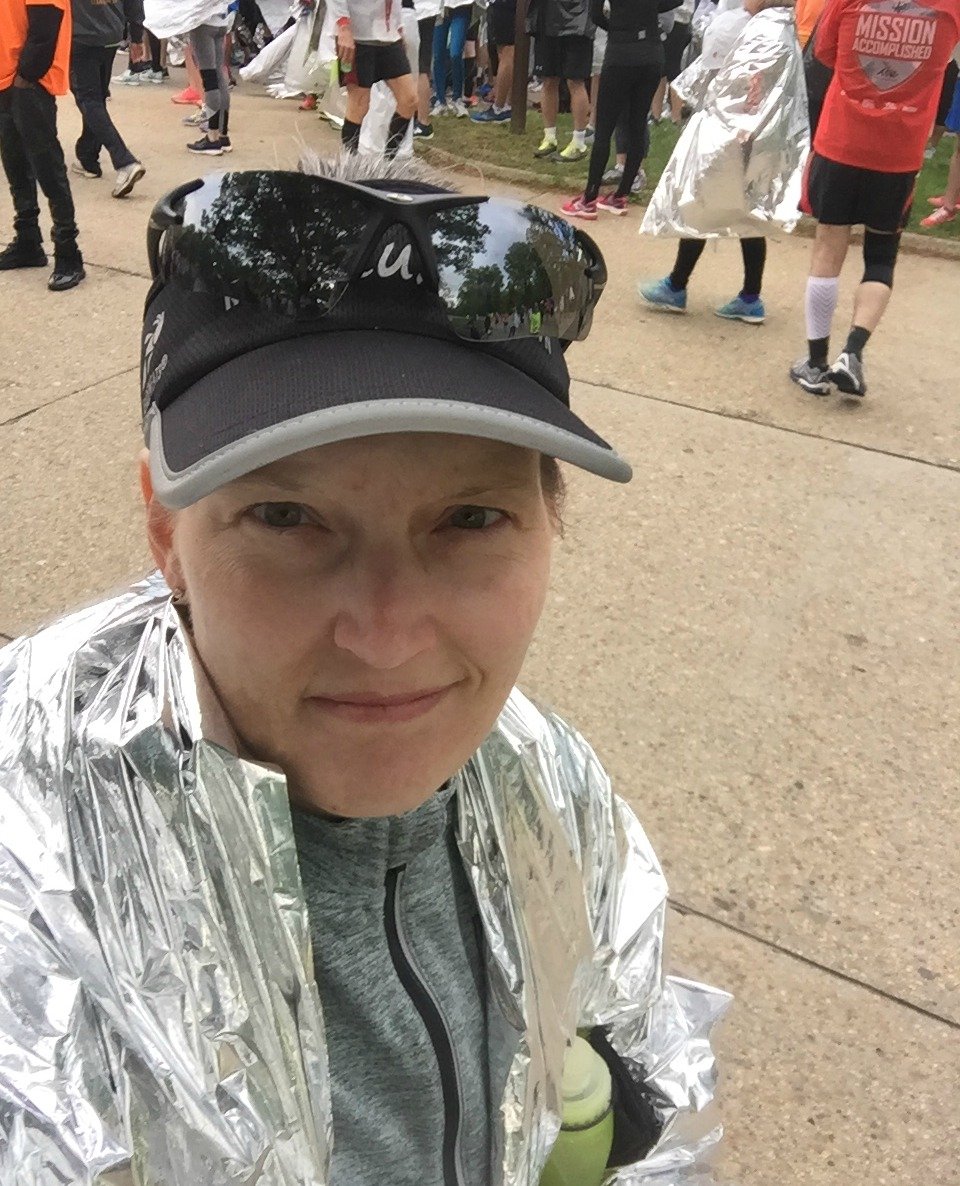 I love this course. It’s one of the best races in the area. It’s a bit of a pain to get to the start (it’s a point to point), but it’s a very well organized process. It’s definitely one that I will continue to run or volunteer at in the future. 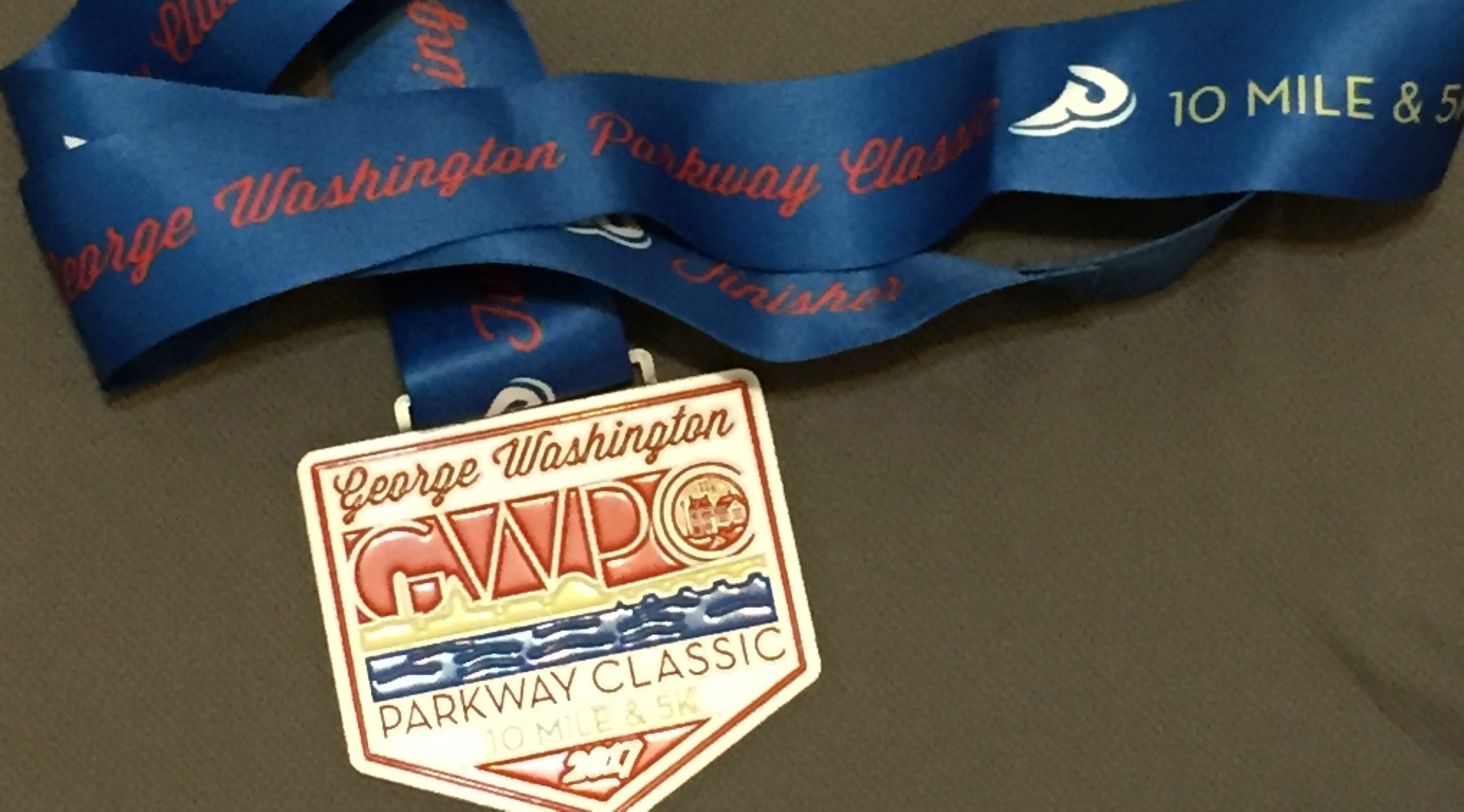