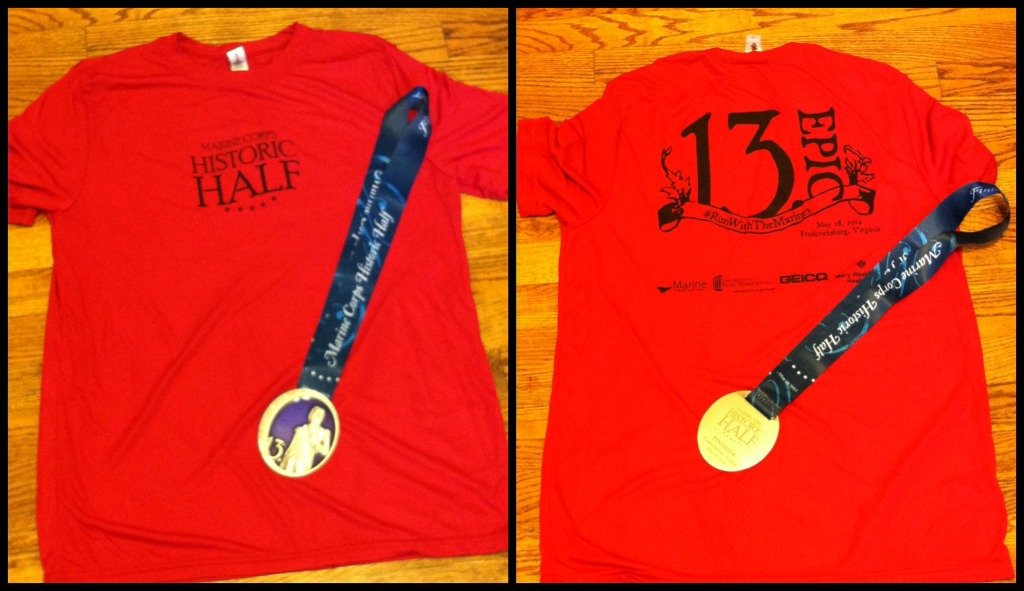 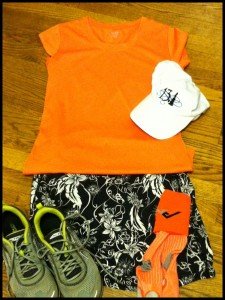 I’ve run this course before (back when I was much faster), so I knew what to expect.  My parents were coming for the weekend and my dad was going to run it with me.  Unfortunately, my mom had to stay home, so dad just came down.  We ended up cancelling our hotel rooms and driving down the morning of the race.

Remember a few days ago when I said that I wasn’t worried about not being able to physically handle a race?  Famous.last.words.  About 15 minutes before the race, my stomach went sour.  Two stops in the porta potties right before the race helped, but I still felt off.  The race started and I was doing ok, but any uphills (and there are a few before the big hills) made my stomach get angry.  I did ok for about the first 7 miles and then I began to keep an eye out for a porta potty without a line.  At mile 9.5, I told my dad to just go on ahead.  I knew I was either going to be making a stop or doing some major walking.  Finally, at mile 10, there was a huge group of porta potties and no lines!  Let’s just say my time should have been at least 5 minutes faster and leave it at that.  After my little visit, I felt better, but my legs were tight and I had the two big hills still ahead of me.  I ended up walking the hills, but I ran the rest at a steady, if somewhat slow pace, and then spent the last half mile picking off as many people as I could.

Not the race I wanted, but it would have been a decent race if not for my stomach. 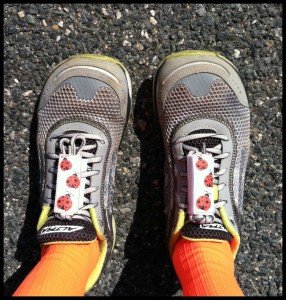 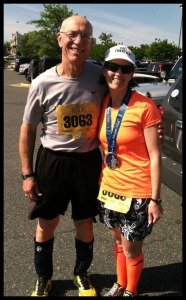 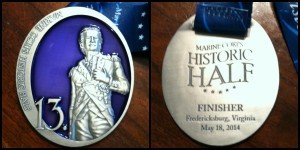 No, but not because it’s not a great race.  It is a really well organized race all the way around.  The course is good, but challenging.  My issue is that it’s a total PITA to get to or I have to spend money on a hotel to stay an hour from home.  Not a fan.  But if you aren’t local or you want to spend some time in Fredericksburg, it’s definitely a great race to do.

I couldn’t resist buying a few things at the expo… 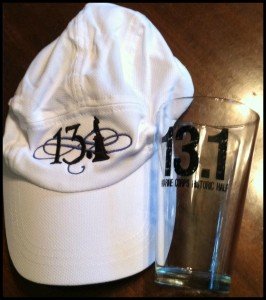 11 half marathons down, 2 to go! I am so ready to be done.  I’ll be “phoning in” Alexandria Half this coming weekend and then it’s time for the celebration that will be ZOOMA Annapolis!

Just a few more days to enter the Altra shoe giveaway!  New giveaway starting in a day or so!!!