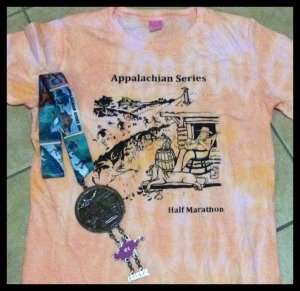 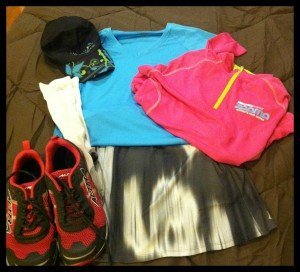 As I mentioned, I was absolutely not trained for this race.  I hadn’t run longer than a 7 mile run since August.  So, I went into this knowing I’d likely not be able to run the whole thing.  Added to the fun of being undertrained was the weather prediction:  rainy with a side of wind.

After a relatively uneventful drive down, we stayed at some local cabins that catered to the ATV crowd.  The cabin was awesome.  The partying until all hours of the night in the cabins that surrounded us? Not so much.  Yay, let’s add lack of sleep to the fun! We got to the race a few minutes before the start and the heavens opened.  It.just.poured.  From step one of the race, I was running in deep puddles. 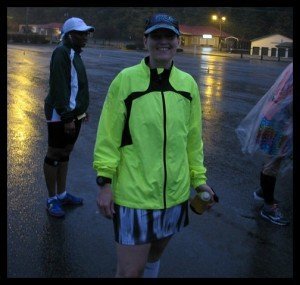 We started just on the West Virginia side of the border and quickly passed into Virginia.  The course was lovely, except for the hills and the pouring rain.  As with most of the Mainly Marathon races, it was 1.09 miles out, around a cone, and back to the start, where we got our rubber bands. For the half marathoners, that meant 6 laps of the same beautiful, but tough course. 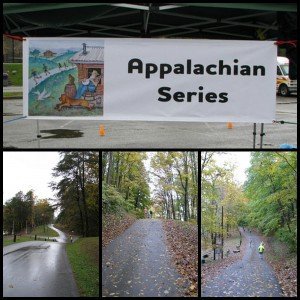 I started the race with a friend from Riverboat, which is one of the reasons I was even running the race.  It was all about the people.  I walked every uphill, but due to the rain and the wet leaves, was not able to benefit from the downhills.  Oh well.  I took it one lap at a time and kept the same pattern: walk the uphills, run the dowhills as fast as I safely could, and cruise the flats. 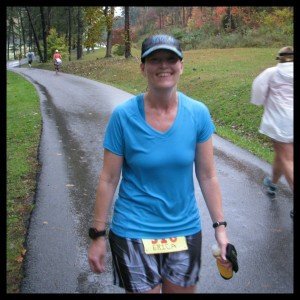 As I started the last lap, I was pretty much done.  While the rain had stopped, I was wet and chafing and tired.  I was thinking I’d just walk the last lap, but started chatting with one of the ladies who was doing the full.  We chatted nearly the entire last lap and I managed to keep the same pattern I’d used the rest of the race.  With a third of a mile to go, I realized that I could finish faster than my slowest half marathon, so I sprinted it in.  Beer Geek couldn’t even get his camera out fast enough LOL. 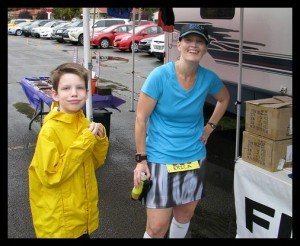 After the race, we spent the afternoon at a craft beer festival.  Yes, we managed to combine a race, a beer festival, and Beer Geek’s love of weird geography all in one day. 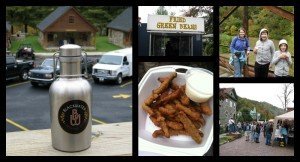 I then spent day 2 of the series volunteering.  I have to admit that I was happy to not be running.  It was colder and rained for longer than the previous day.  Thankfully I followed my rule of always wearing one more layer than I think I need when volunteering, so I wasn’t too cold (except for my feet from standing in a puddle for much of the time.)  It was a ton of fun and awesome to give back.  Such an amazingly friendly group of people! 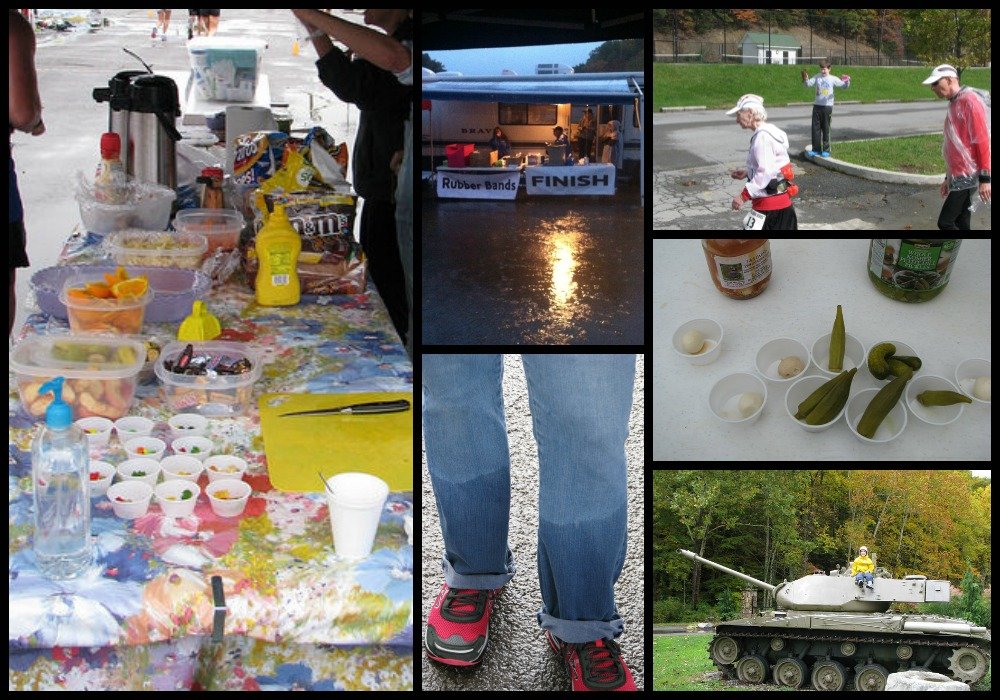 This may be my last half marathon for 2014.  It was bittersweet to see all of my Mainly Marathon friends head off to state #3 as we headed home, knowing that it’s my last series for the year and maybe my last race for 2014. 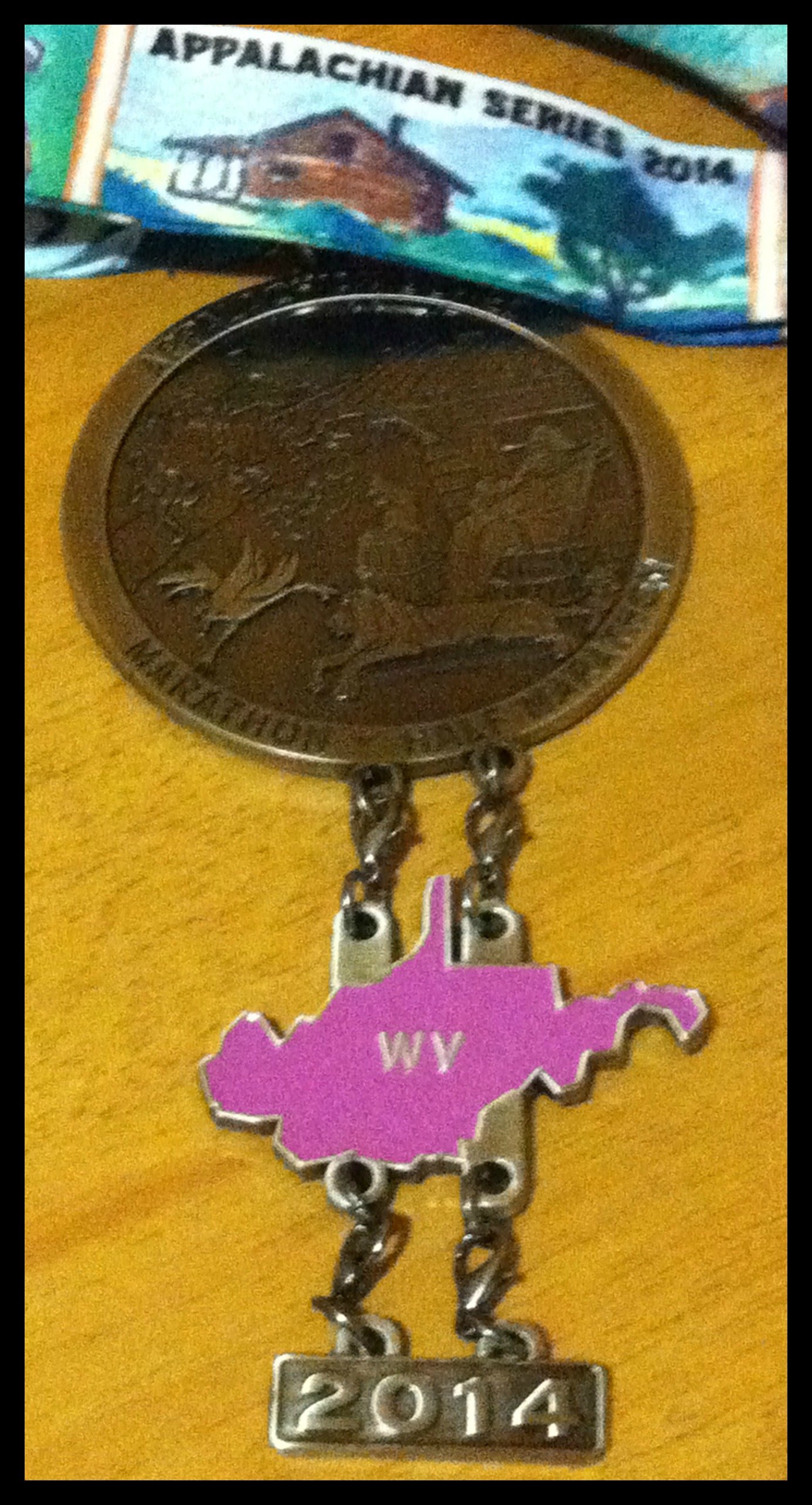