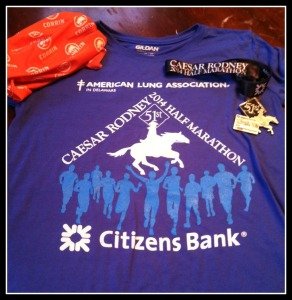 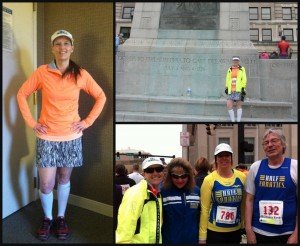 I’ve run this race before.  It was one of my first half marathons.  So, I knew the course:  fast first 6 miles, wicked hill from 6.5-9ish, downhill/flat until a final wicked uphill finish.  I had a plan.  All I had to do was execute it. The plan: run it as a training run.  My legs were tired from the heavy mileage of the previous week plus the secret to serial half marathoning is to not race every single race.

I failed to execute.  My average pace at the start of the hills was 9:59.  Ummm….  Where did that pace come from???? The hills slowed me down, but not as much as I expected.  I guess my “embrace the hills” philosophy from this winter paid off.  In fact, I ran strong until about mile 11 when my legs decided they where done.  (At that point, they’d run 70 miles in 9 days, so who could blame them.)  The last 5k was a 10:36 pace (including the wicked uphill finish). 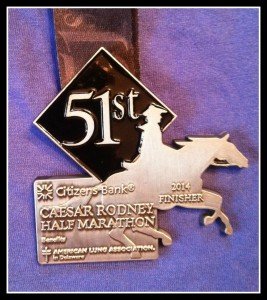 I never thought I’d run this race a second time, but it worked well for my schedule and we got to see a friend of Beer Geek’s from college.  I don’t know that I’d go out of my way to run it again, but if the opportunity ever presents itself, it’s a race I enjoy and would not mind doing again.  And the beer I had at Stewart’s brewpub afterwards was definitely the way to celebrate finishing #2! 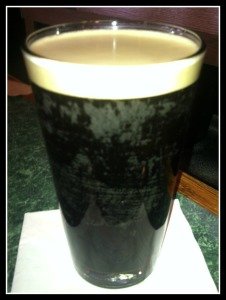