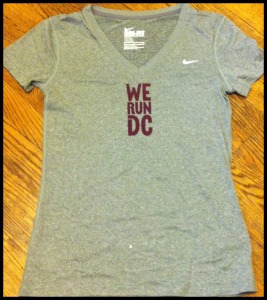 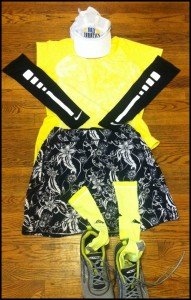 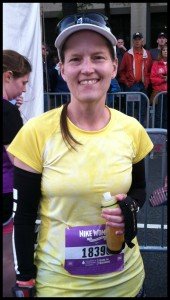 It was a beautiful day.  Sunny but not too warm.  I should have had a good race (and looking at my time, you might think I did), but this one was rough for me and it was all my own fault.  Why?  I totally screwed up fueling and hydrating and by mile 8 was dizzy and seeing spots.  I really need to remember to take food and drink with me when I have to leave the house an hour and a half before a race.  Despite feeling awful for the last five miles, I managed to maintain fairly even splits.  Who does that?  I just had nothing to give at the end. 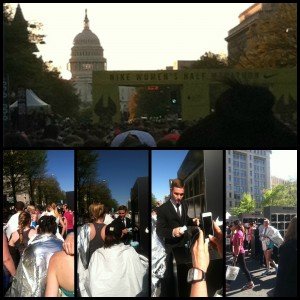 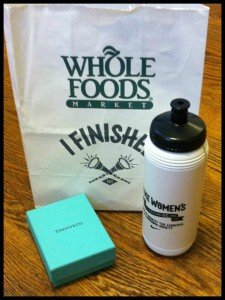 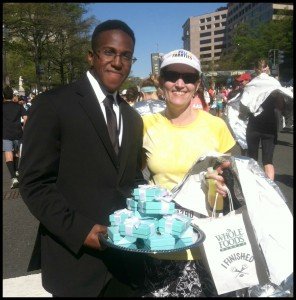 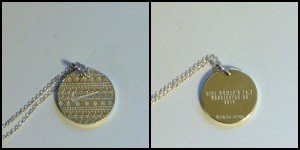 All in all, my issues with this race were personal.  The course was great, the organization was awesome, the weather was perfect. If it were not so expensive, I could see running it every year.  Yes, I realize we got Tiffany necklaces.  But, as pretty as it is, jewelry is not a big thing for me.  I’d rather take that money and run two races that give me medals.  If Tiffany is your thing though, this is an awesome race to run!

And because I saw Shalane wearing one, I had to buy another shirt. (OK, really, I just loved the color…) 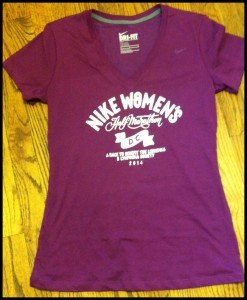 And to truly make my day complete, we were able to join Jamoosh for dinner at Mad Fox – good food, good beer, and one of my favorite bloggers! 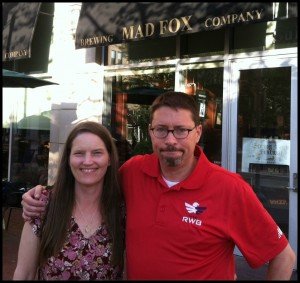 Now go and enter my Lift Your Sole charm giveaway!!!