I work part-time as a reference librarian at a public library.  As most of you know, the reference desk of the public library is, well, a very public place.  Because I am a substitute, I don’t have a desk in the restricted area of the library plus I like to keep my phone with me.  I’m not allowed to use it when I’m working, but I’m the primary contact for my children and Beer Geek is often unreachable, so I need to be able to hear my phone if there is an emergency. I found this really limited my outfits for work because I had to have pockets.

HipS-Sister is a band you wear around your hips that has pockets for your cell phone, keys, and credit cards.  It’s incredibly stretchy and comes in two widths – 5″ or 7″.  The larger sizes  can hold your passport in the front pocket! The smaller size comes in a ton of different patterns and colors.

Being the boring librarian that I am (not, well, except at work), I chose the black Left Coast Sister.  This design comes with a front zippered pocket, a back zippered pocket, and a small hidden opening in the front to tuck your key or your phone.  I wore it to work last week and I was able to comfortably carry my phone in the back pocket and my car key in the hidden opening.  Although the website shows it as an outer layer and a fashion statement, I chose to wear it under a loose fitting top.  It was super comfortable and did exactly what I needed, so it will be a major part of my work wardrobe from now on, allowing me to wear skirts that I normally couldn’t wear because they don’t have pockets. 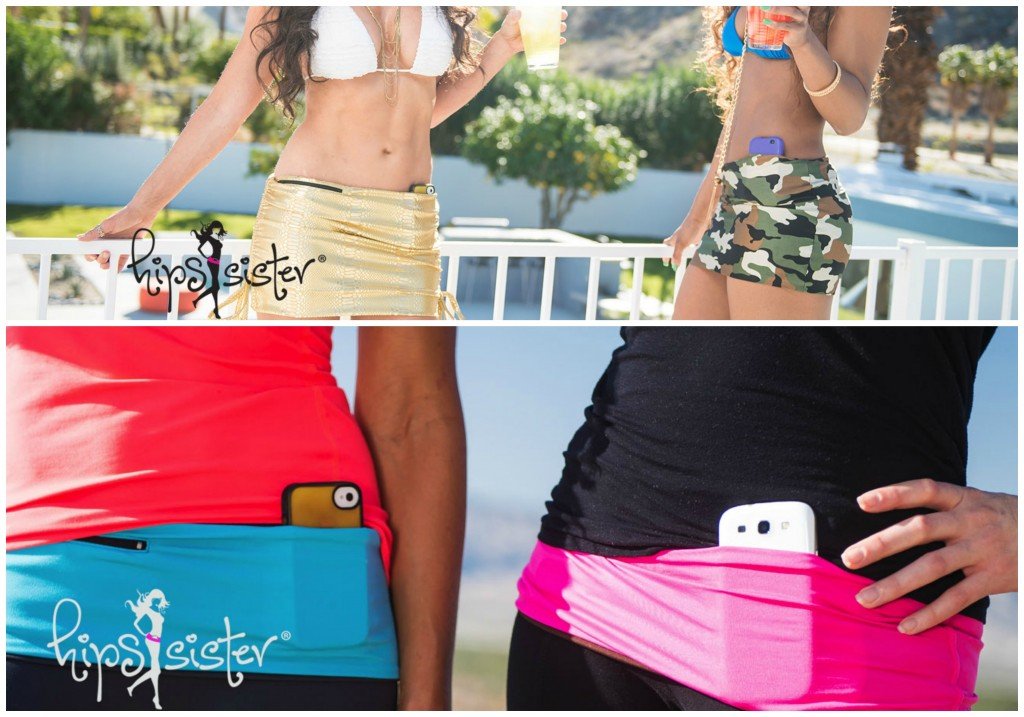 HipS-Sister also says that it works on runs, so I wore it one morning when I was wearing a pair of shorts with no pockets.  The weather that morning was pretty hot and super humid, so I wasn’t totally enamored of having extra material around my waist.  However, it was super soft and comfy and did not move at all.  I think once I get used to it, I will not notice the extra warmth and it will certainly be nice as fall approaches since many of my capris have no pockets.  The one minor issue I have with it when running is that it settles at my waist instead of sitting on my hips.  It’s so comfortable that it’s not a big deal and it’s a problem I have with anything that is supposed to be worn on the hips, but I was hoping it would stay on my hips.  Perhaps if I’d gotten the Large instead of the small/medium, that would solve the problem. (And I am actually considering buying a bigger one to have for running…)

I’m really looking forward to using this more as it gets cooler out.  I love having someplace to stick things as I hate carrying a purse and I’m awful about setting my phone down in random places.

Anyone else have these issues???

Disclaimer: I received this item free from HipS-Sister.  All opinions are my own.