You are here: Home / running / Mantra for the week: Be Awesome

From a training standpoint, last week was a week of highs and lows. I made the mistake of running my recovery runs to fast plus stress levels were high here as the boys were starting school.

This resulted in a total failure of my 1.5 mile repeats on Tuesday. I just could not hold my goal pace. I know a big piece was mental, because the run didn’t feel hard, it just seemed hard. And I couldn’t make myself complete it. I could have beaten myself up about it, but I just wrote it off. Sometimes you just can’t handle life and running at the same time.

Wednesday I managed an easy 5 miles in the misty rain. My hip had been bothering me off and on since Monday, but between stretching and my Addaday stick, I was able to run without pain. I thought about running a second time when I went to run club, but I ended up just hanging out with friends while Beer Geek and some other people ran. It happens.

Thursday was long run day. My mind totally gets in the way of long runs. I don’t know why, but I totally psyche myself out if I know I’m going out for a long run. Thankfully my running partner is one of the most positive people I know and meeting her got me out on the run. And we did awesome. Despite some hip issues in mile 8, we ran a decent pace for the 10 miles, with the last one being uphill and fastest! 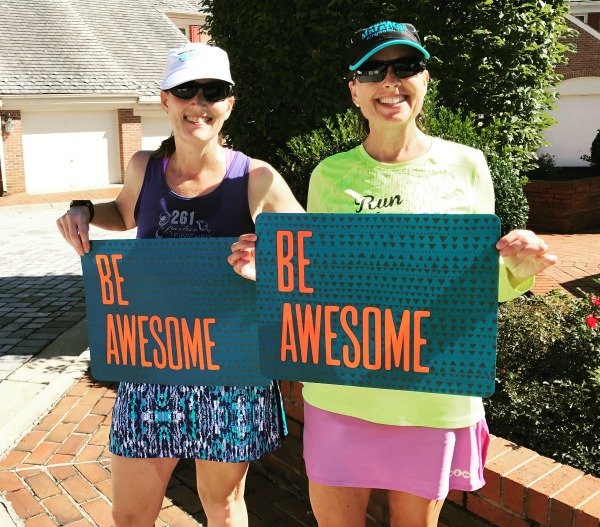 After being spoiled with a protein shake and some massage work on my hip (she and her husband are both massage therapists), I tried to take it easy. In fact, I continued the easy through the next day and took a rest day (and a nap) LOL. I’d run 8 days in a row and was worried I was on the verge of overtraining.

And then Saturday happened. I was TIRED. I was UNMOTIVATED. I did not want to run. I finally talked myself into running an easy 3 miles. Instead, I ran 9 miles at a 10 minute pace. What??? I have no idea what happened. My legs just took off and didn’t want to slow down. Unexpected tempo run DONE. 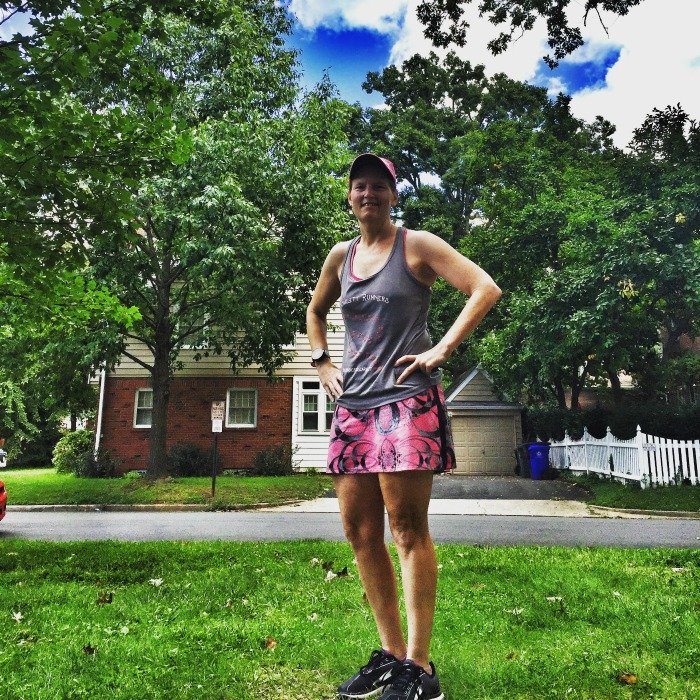 Sunday I may have paid for that fast run. I woke up a bit sore at stupid early so I could organize the water stop for a local race. I had an amazing group of workers, so the water stop was ready to go by 7am – and the race didn’t start until 8am. Go us. 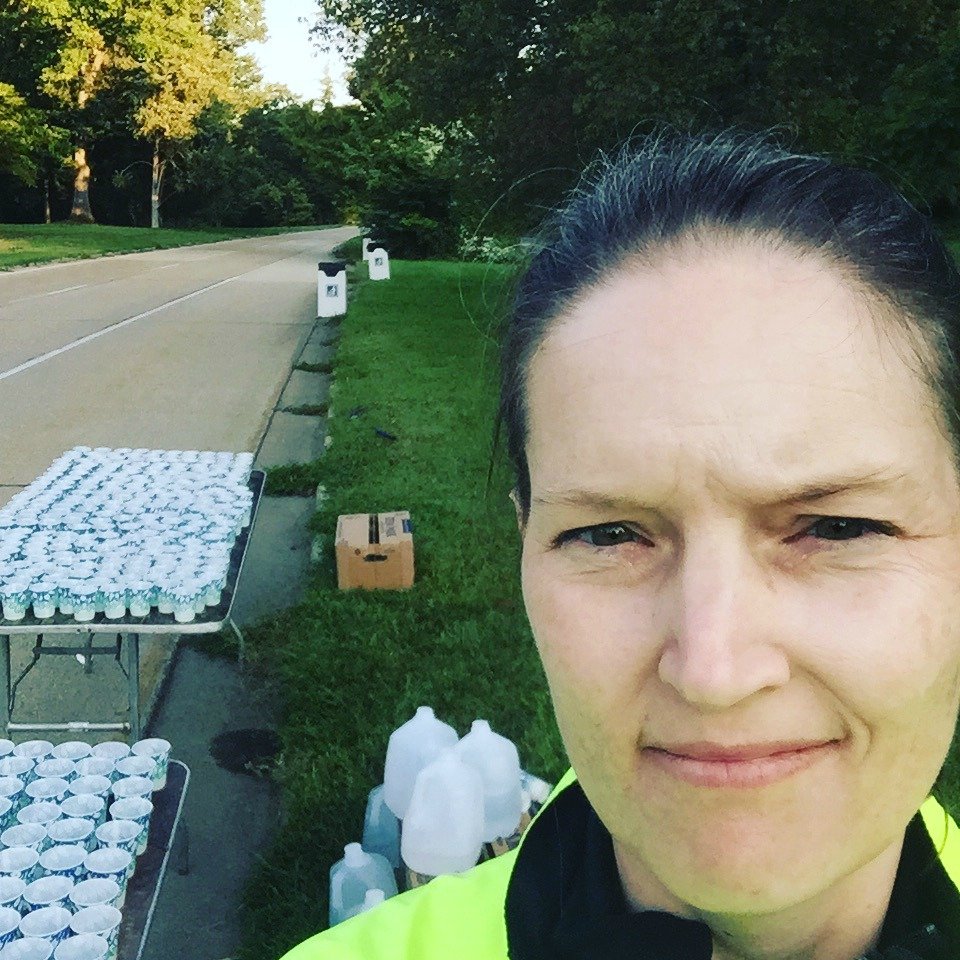 After a few hours on my feet, my run wasn’t great. I managed 4 unimpressive miles, in between stalking the weather channel, the Washington Post, and Facebook for Irma updates.

And then… the highlight of my week. Girls’ night out to see Richard Marx and Rick Springfield. There’s something kind of trippy about listening to music you loved in your teens and early 20s at a venue you haven’t been to since you were 17 while needing reading glasses to read your phone LOL. I will say that Richard Marx put on a great show! (Rick Springfield was ok, but I discovered I only really knew 1 song – Jessie’s Girl.) 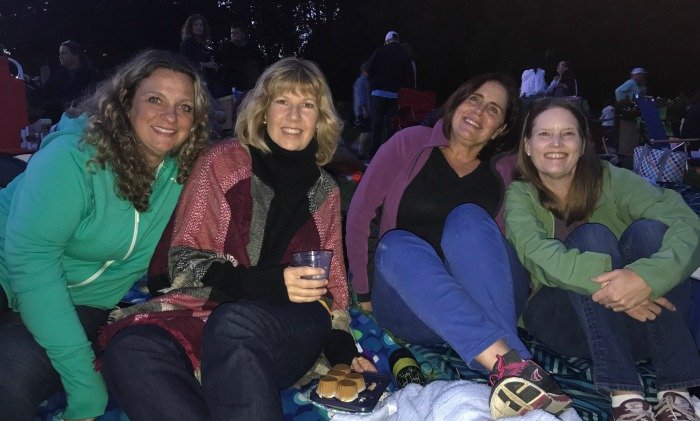 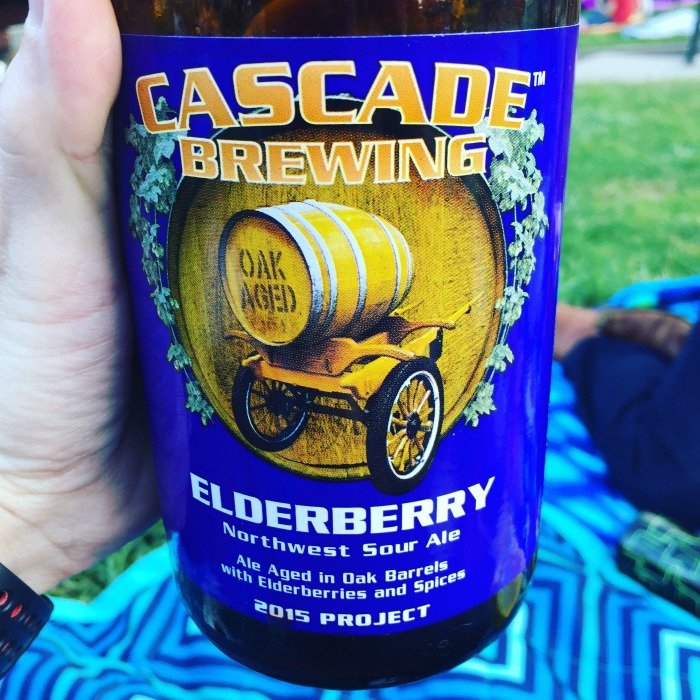 This coming week is a high mileage week that culminates in our next 16 mile long run. But that’s ok – we’ve signed up to do a half marathon and will then run home after. Problem solved. Let lucky week 13 commence!