I was provided the NordicTrack Commercial 1750 in exchange for my honest and unbiased opinion in this sponsored post.

Earlier this spring, I was fortunate to receive a new NordicTrack Commercial 1750 treadmill. I had been without a treadmill for a couple of months and was absolutely ready to get a new one. I had been doing a bunch of research and this treadmill was definitely in the top choices in the price range I was considering. So, when I was offered this one, I jumped at the opportunity. 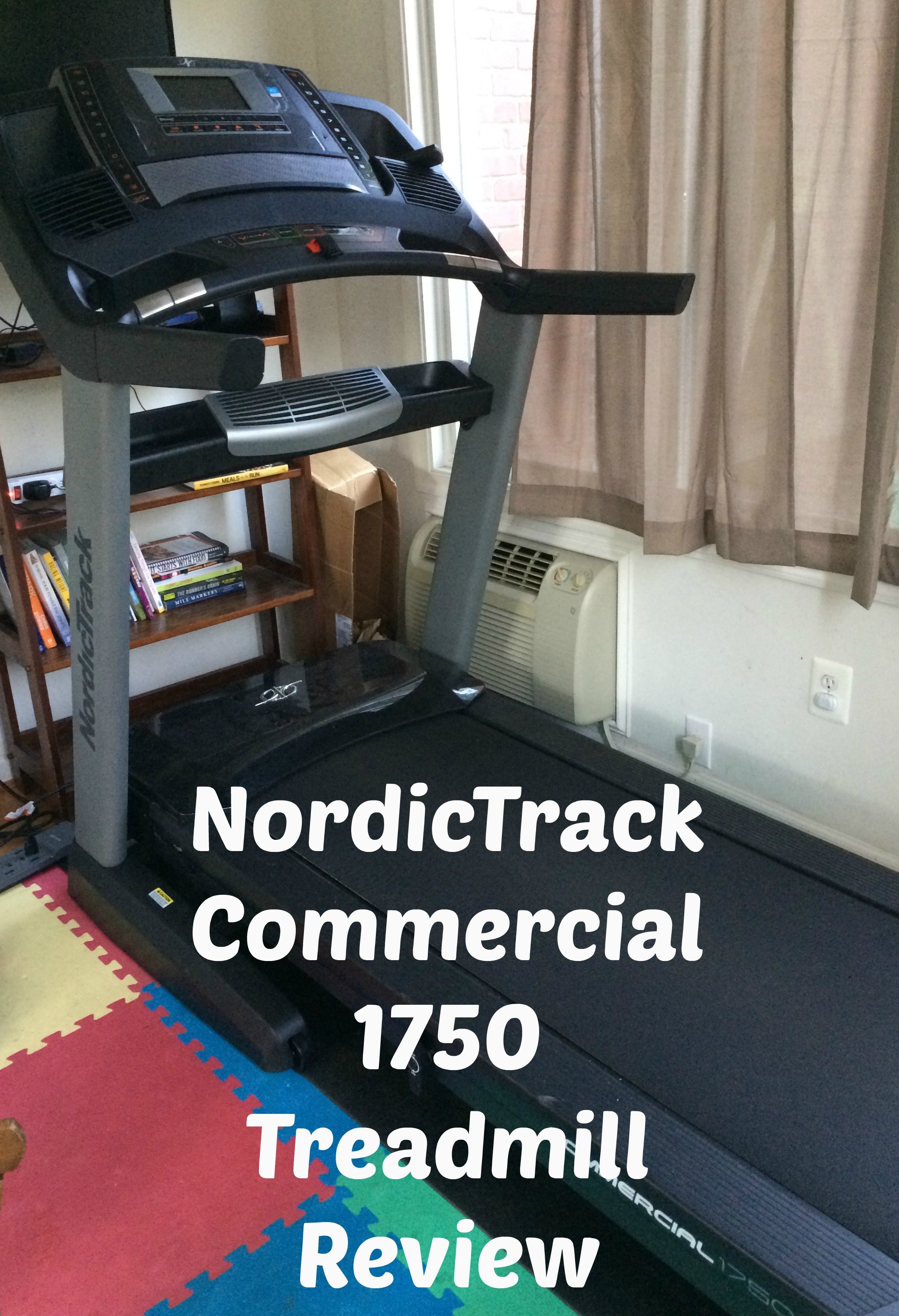 I’ve been running on the NordicTrack Commercial treadmill (as has Beer Geek) now for a few months. There was a bit of a learning curve at first to figure out all of the features, but now we are best friends (ok, I’m still learning all the bells and whistles, I’m a simple runner girl). I’m really excited as well that we managed to convert the playroom into a fitness room because that now means I have windows I can open if it’s nice and a heater/air conditioner to use when it’s not. And Beer Geek no longer has to worry about banging his head on the basement ceiling. Yeah, it’s the little things that make me happy. 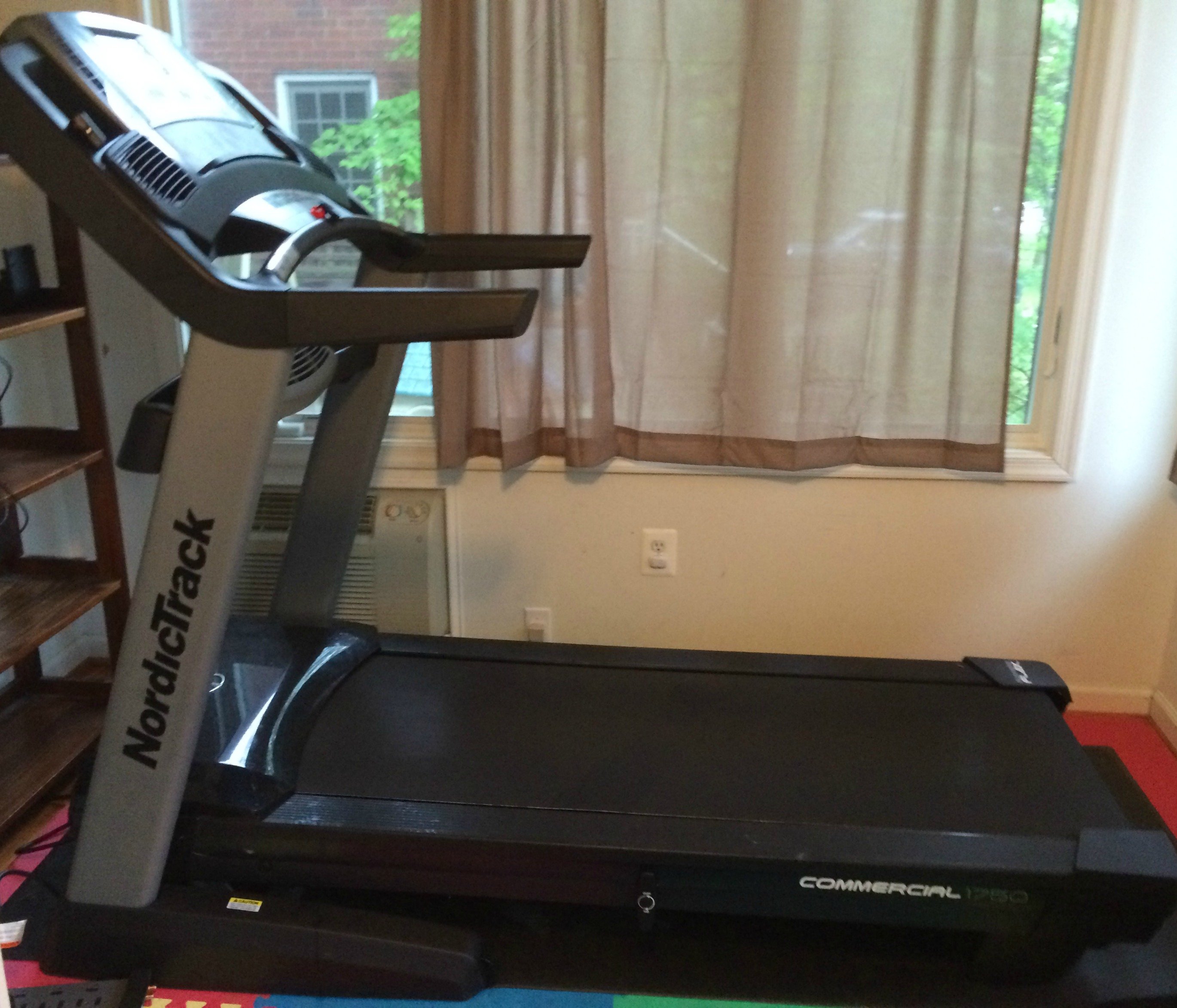 When we first set up the treadmill, we had two minor issues, both related to the location we chose. The first was obvious – it kept blowing the circuit breaker. A bit of google research showed that our problem was a pretty standard one between treadmills and new electrical outlets and we solved it by buying a heavy duty surge protector. Problem solved.

The other problem was a little harder to figure out. It just seemed to be more work to run on the new treadmill than it was to run on the old one or on pavement. I know many people feel this way on any treadmill, but I’d never experienced it before. Then we figured out that our porch floor slopes so we were always running on an incline! D’oh! I never thought I’d use the “decline” feature of a treadmill, but we found that setting the incline to -1 solved the problem. (I set it to 0 or 1 when I want a hard workout but don’t want an actual incline.) 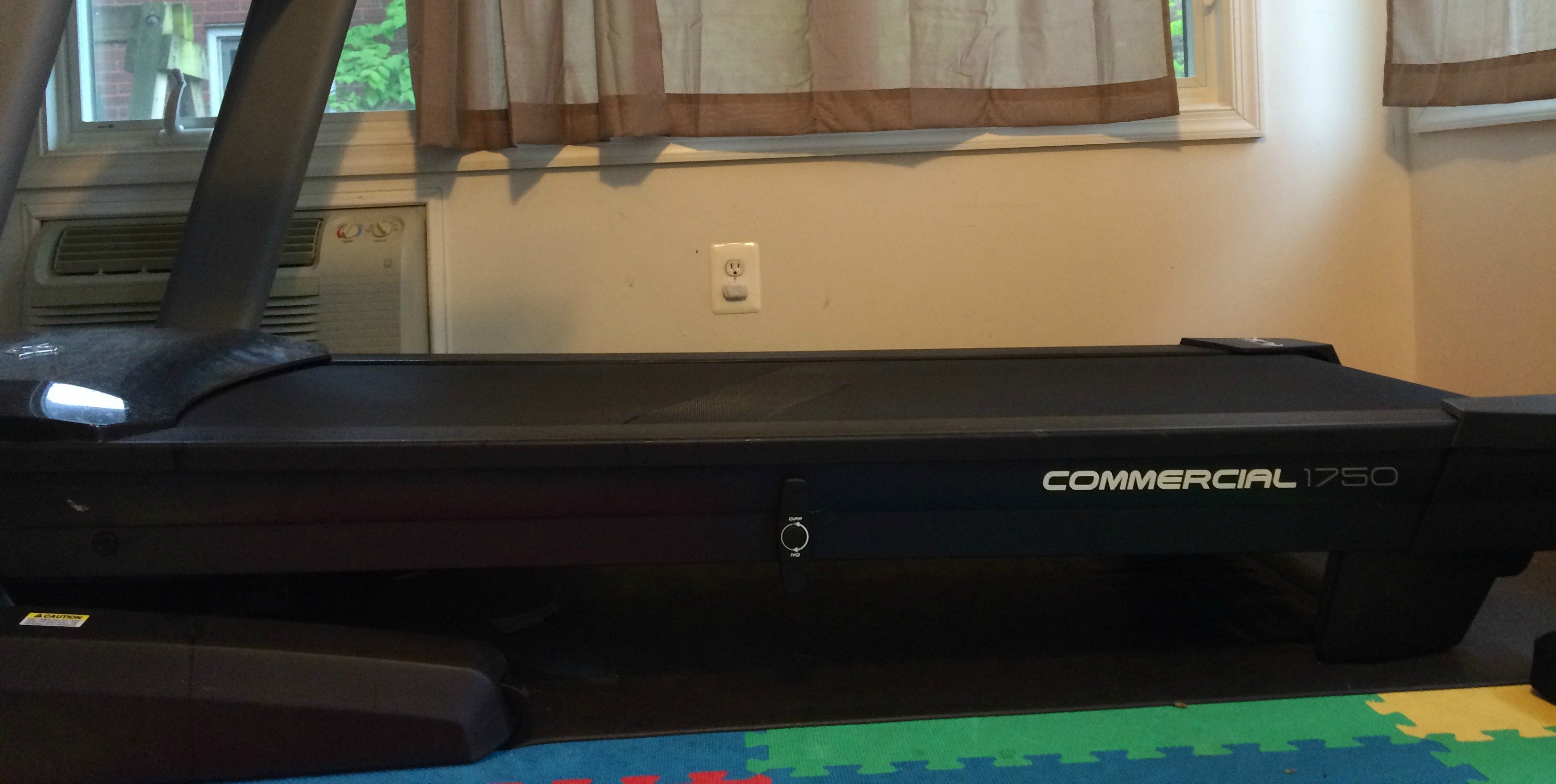 But enough about me, let’s talk about the awesome features that this treadmill has… 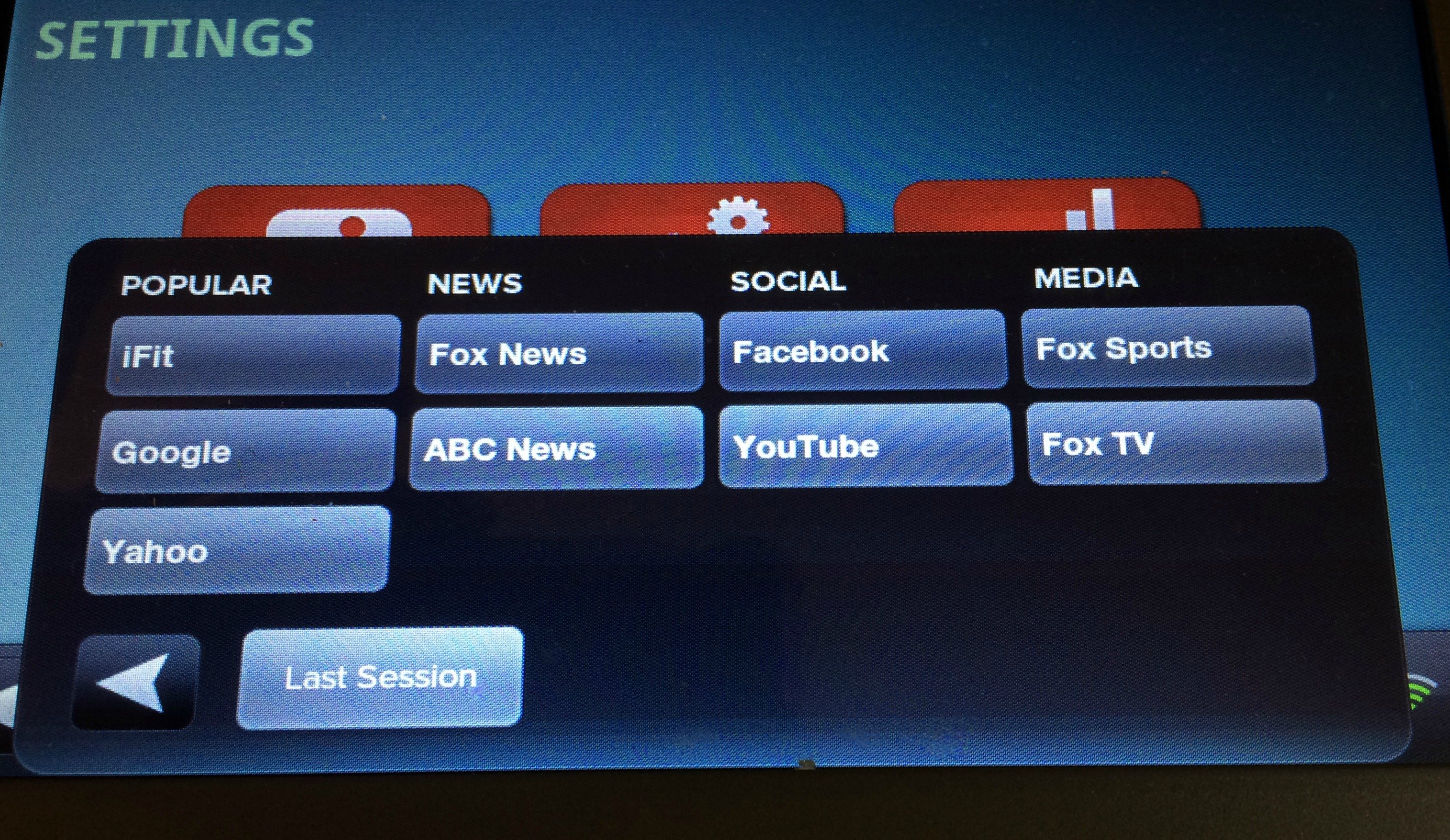 One other feature that I’m still exploring is the iFit connection. You have to have an iFit account to use it, but it’s got some really fun options. You can run a variety of pre-set runs, including various marathon courses and exotic locations. I’ll write more about iFit in a future post as there’s too much to go into here. 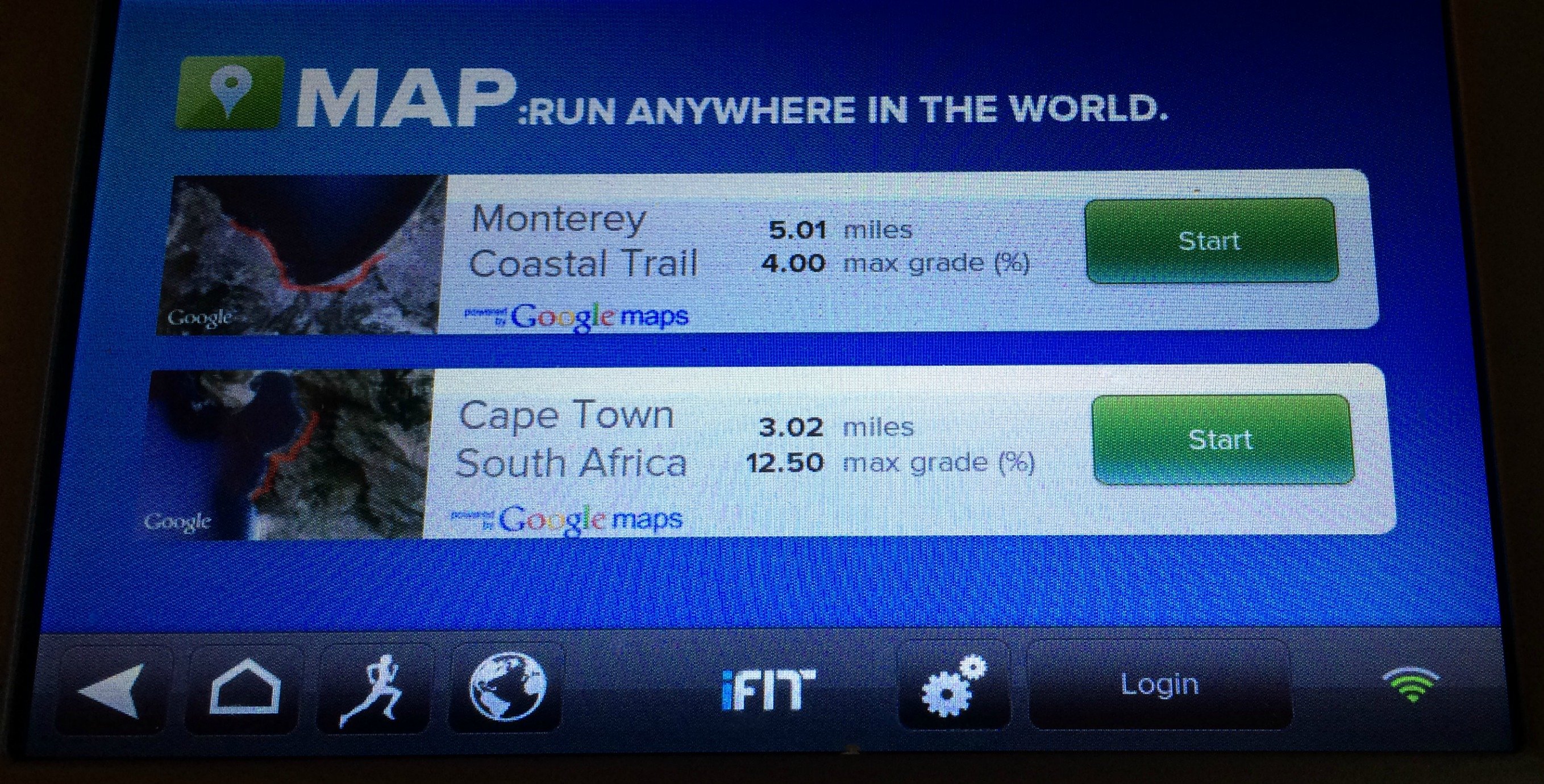 You can also create a mapped run of your own. Beer Geek wants me to create him a map of our local 5K so that he can practice running it. Unfortunately, since we have the weird incline issue, I don’t think he can actually let it control the inclines for him. We’re still working on that issue.

All in all, I’m loving this treadmill and I think it’s definitely a good deal for the price. Obviously I can’t yet speak to how long it will last, but I have no reason at all to believe it won’t last me for many years.

This week I begin training for my 3rd Marine Corps Marathon. I love this marathon, but I am not enamoured of training hard through the Virginia summers. Even early in the day, it’s sticky and gross and hot, which is not fun even for short runs. Add in the fact that I’m planning to use the Hansons Marathon Method again (read: the minimum length I’ll run each day is 6 miles) and you’ll find me on the treadmill with the fan going and fun route going on the iFit at least a few times a week.

Disclaimer: I was provided the NordicTrack Commercial 1750 treadmill in exchange for my honest and unbiased opinion. All opinions and pictures are my own.