The week started off great with an unplanned 10 mile run.  Usually I run my longest run on Friday or the weekend, but the weather was AMAZING and I kept running until I ran out of light.

Next I hit up 4.7 miles on the treadmill while it snowed outside. 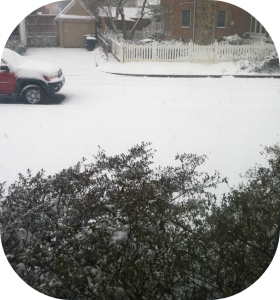 Then there was the slippery 6.3 miles on a cold windy day.

And another 6.2 miles on a cold but sunny day.

That left me with 6.5-8 miles to hit my goal mileage for the week, which should have been no problem.

I’ve learned how to dress for the recent weather:  knee high socks, compression shorts, fleece lined tights over those, tank top, half zip, Sugoi running jacket, fleece lined running gloves, hat, sunglasses.  I got ready, had my route planned, and knew I could get in the miles in the time I had open. 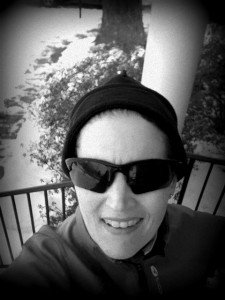 In the end, I realized something.  In the grand scheme of my training, missing those 3 miles really won’t matter.  I managed all my other goals last week:  3 days of running in a row + at least one double digit run.  I won’t look back during the half marathons and think “darn, I wish I’d run those miles”.  In fact, by the time this whole challenge is over and I’ve run more than 650 miles in training, I likely won’t even remember that run.

This week brings more miles and more challenges:  a minimum of 35 miles of running + at least 4 days of running in a row along with another cold snap from Mother Nature.

Whose bright idea was this anyway?