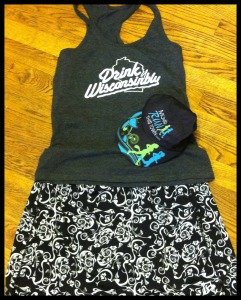 Because I was the first runner out of South Mountain Creamery, I chose not to have one of the shakes.  Happily, one of my teammates had gotten me a chocolate one and put it in our cooler so I would not miss out on this piece of Ragnar DC.  As we headed towards our next exchange, I quickly chugged it.  I probably should have had a bottle of water first as I was super thirsty and drank it way too fast.  It tasted great, but I would later regret it.

When we got to the next exchange, my first order of business was to get out of my wet running clothes.  Thankfully, it was majorly dark, so I stripped down next to the van, did a quick Shower Pill wipe down, and got dressed in clean, dry clothes.  Yes, I got naked in a field surrounded by people.  No, I don’t regret it. 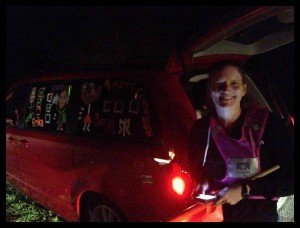 Then it was time to head out to the next exchange.  After that, I took over driving duties for a while (there’s a benefit to doing well on no sleep.)  Runner 11 headed out on her 2nd leg and I drove.  Leg 23 was the leg I was supposed to run and I’m sooo glad I didn’t.  It was a crazy scary path through the woods that was barely wide enough for vans and runners at the same time.  It took us nearly as long to drive it as it did for our runner to run it (she killed 11 people and 2 vans), so our next exchange was another tight one.  We then headed to the next big exchange to hand off to Van 1.  I got to hang out with Deborah, who was runner 1 for a while as we waited for our runner.  The sun came up and runner 12 came in and our van was done for a while.

Sleep time! (or not)

We hit a Dunkin Donuts for some coffee and bagels and donuts.  We tried not to waste any time though as we headed to our last big exchange to try to get some sleep.  Our entire team crashed on the grass for some shut eye. 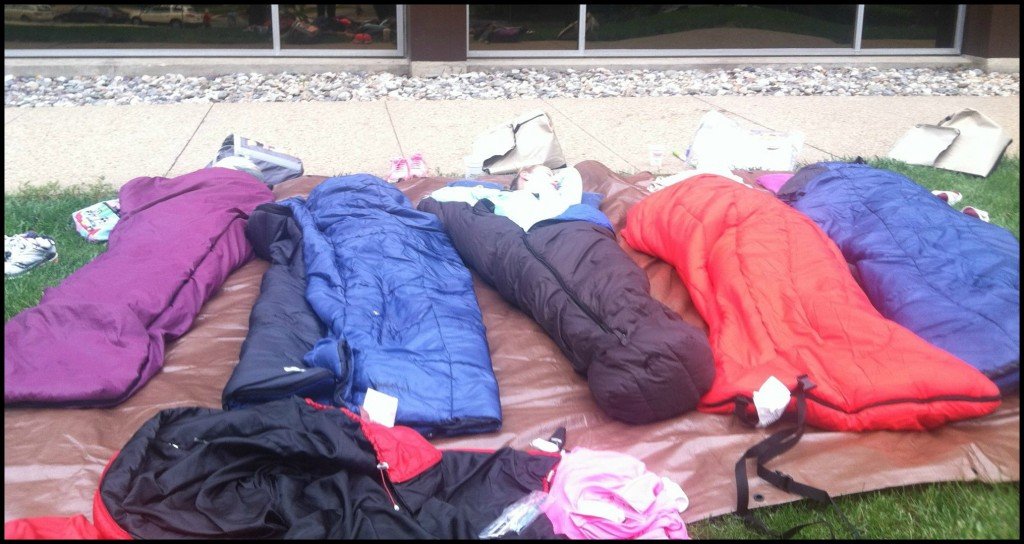 I never really fell asleep, but my body appreciated being stretched out horizontally for a while.  After an hour or so, I got up and went and changed and started reorganizing the van.  I wasn’t particularly worried about my final leg as it was only 2 miles.  In fact, I was so relaxed I didn’t even bother reading the leg directions. 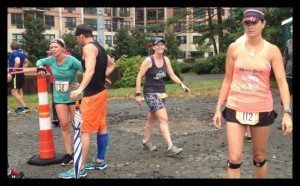 I headed over to the exchange and ran into several of our Van 1 runners.  Word was making its way around that the directional signs were missing, so everyone needed to know where to go.  This threw me into a near panic as I was not at all familiar with where I was supposed to go.  Crap!  Thankfully, one of our Van 1 members got me the map from their van and I was ready to go when our runner came in.

I took off running as fast as I could.  I was stopped a few times by lights, but for most of the run, I was seeing 8s on my Garmin. I felt great and the weather was cool and I knew I only had two miles, so I pushed as hard as I could.  I finished with an average pace of 9:33, including stoplights and the final hill.

Then bam! I was done.  My part of Ragnar was over. 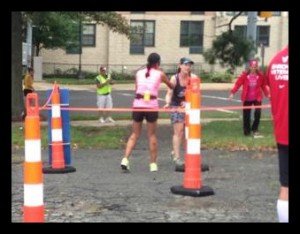 Stay tuned for my wrapup and finish line pictures.  In the meantime, feel free to check out my Ragnar round up and see how I packed and what I ate and certainly don’t miss my first leg and my second leg!