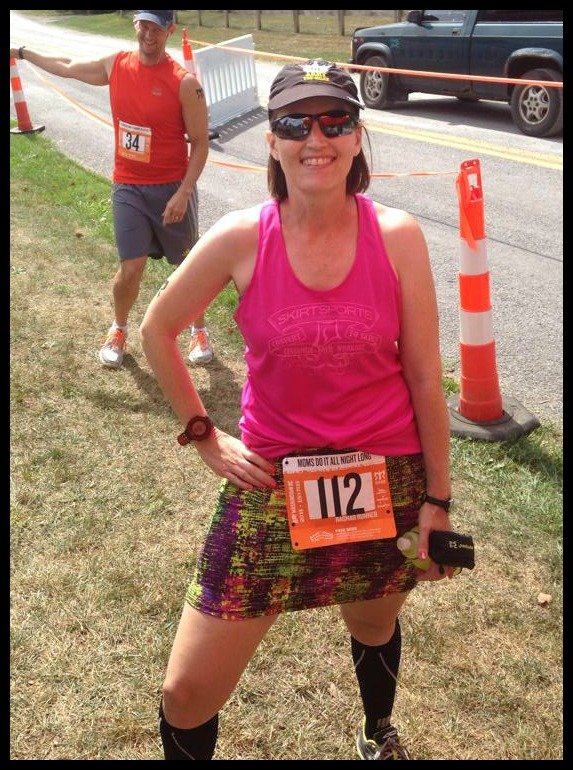 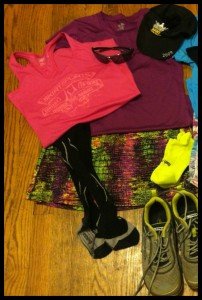 My morning started with the chaos of getting two kids out the door to school in time to arrive at our captain’s house by 7:30am.  I made it, barely.  We hit the road quickly, with me in the role of navigator.  The drive up was mostly uneventful, although we did have a pickup truck full of men pull up next to us and attempt to get us to open our windows LOL.  We made a quick stop for coffee and snacks, where I ate my second breakfast (turns out that was a good thing). 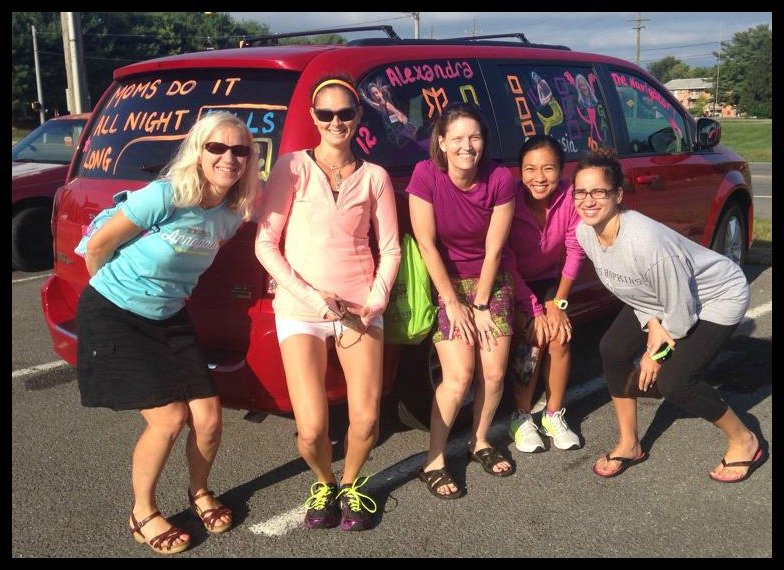 We got to Exchange 6 with a couple of hours to spare.  We hit up the required safety talk and then decided to try to catch runner 6.  We turned the wrong way out of the exchange, which indicated we’d never get there in time, so we turned around and headed back.  This did allow me to see the first half mile or so of my first leg and let me tell you, the hill was crazy.  We cheered for some runners as they came up it and if looks could kill, we would have been ended right there.  This did two things for me: prepared me to hate the hill and made me make the decision that no matter how awful I felt, if a van cheered me, I’d smile and wave.  (I managed to keep this promise to myself, even if some of my smiles were more grimaces on this leg.) 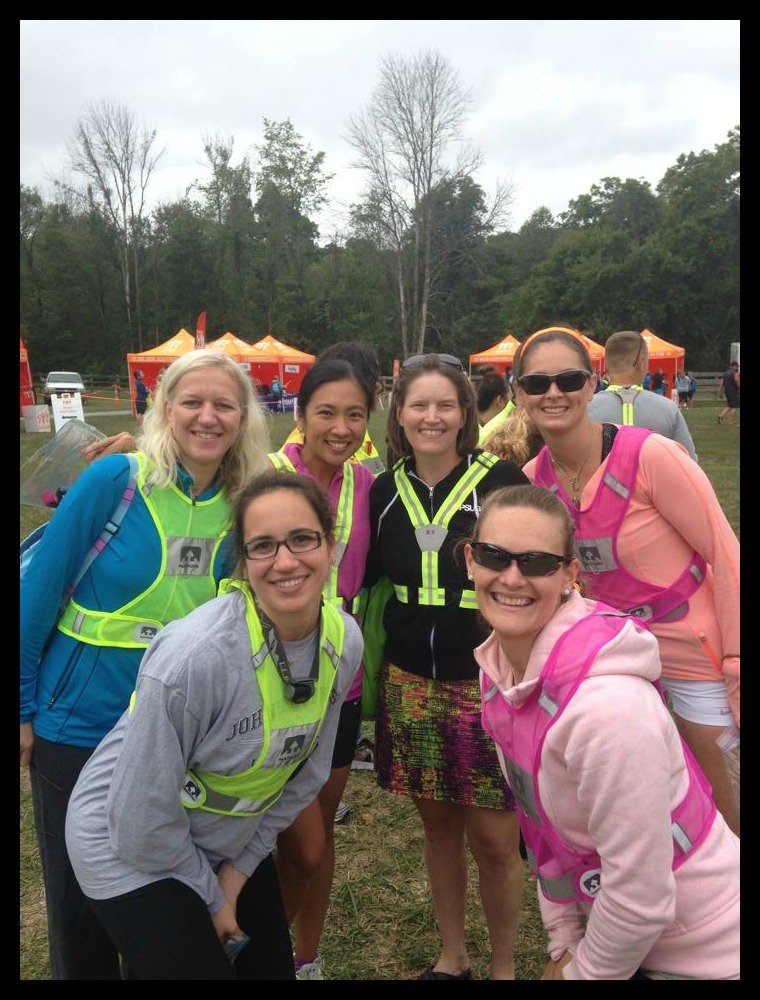 We still had time to kill, but not really any food options (other then the snacks we had with us).  We hadn’t heard anything from Van #1 because cell reception was awful, so I didn’t know if they were on time at all or not.  The weather had been cool and cloudy, so I was dressed in a short sleeve shirt, but  suddenly the clouds were gone and it was heating up.  I made a last minute outfit change to a tank top and headed over to the runner exchange. 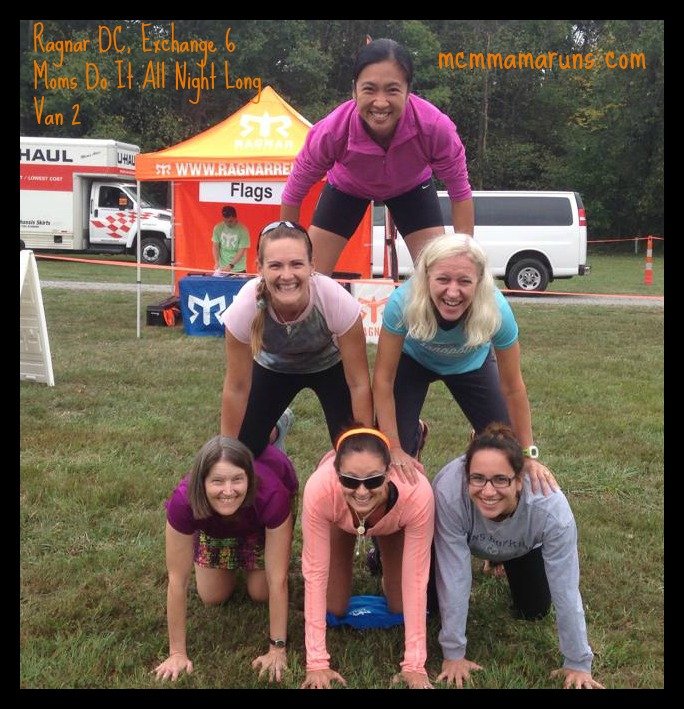 Finally, after waiting goofing around for a bit and then waiting at the start line for WAY too long (combination of misreading our race bible predictions and nerves), our runner 6 headed into the shoot.  She slapped the bracelet on me and off I went!  I’m not going to lie.  This was a hard leg.

At the end of mile 1, I was convinced I’d be walking most of the race.  Thankfully, miles 2 and 3 were a bit more rolling hill than horrible uphill, so I was feeling pretty good at the end of mile 3.  I’d passed a few people and was thinking, ok, this isn’t so bad.

And then mile 4 happened.   See that elevation chart?  Yeah, it was some kind of awful.  I totally pulled out Carla’s #wycwyc mantra – I ran when I could and walked when my heart rate got out or control.  It was so steep and really warm and sunny.

But then I came around the corner at the end of the hill and my teammates were waiting!  I refilled my bottle and chugged some more gatorade and headed out for the second half of my run. 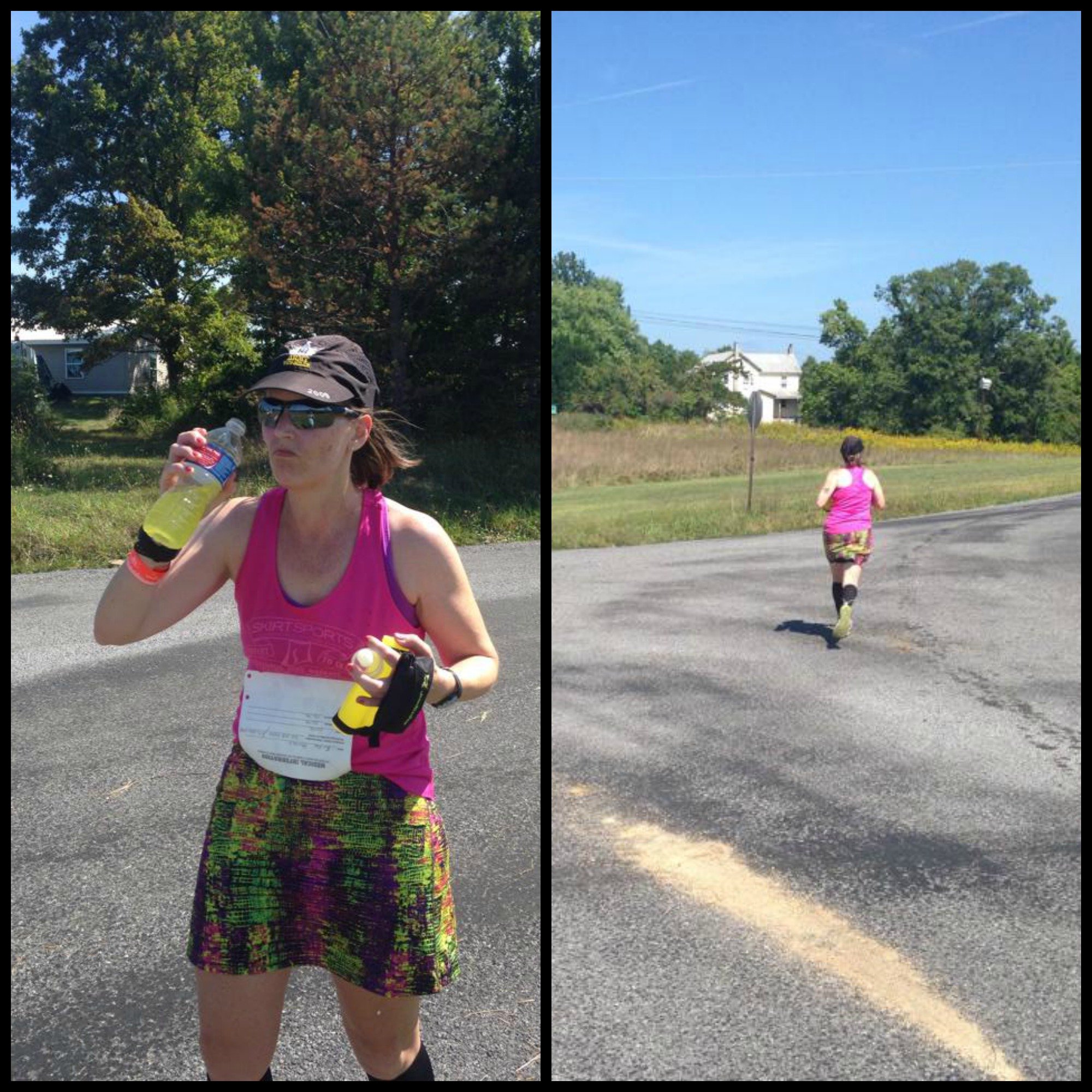 I had anticipated that the run would be easier after the hills, but, umm, no.  It still wasn’t flat and some of the downhills were so wickedly steep that it hurt to run down them.  But I kept on moving and managed a few kills (we won’t discuss how many times I was “killed”) and came sprinting into the exchange to hand off to… no one. My team wasn’t there.  Umm….

So, how did the rest of Ragnar go? Did my team ever show up? What kinds of crazy happened in the middle of the night?  Come back soon to read the rest.  In the meantime, feel free to check out my Ragnar round up and see how I  packed and what I ate.