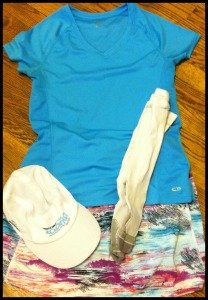 When last we chatted, I was hanging out at the exchange waiting for my team.  I finally called our captain and our runner came running over.  I handed off the bracelet and off she went up Sidling Hill.  Turns out I finished the last 4 miles faster than anyone expected.

I quickly grabbed a sandwich and a Coke and we headed towards the next exchange.  The next few hours were a blur of sending runners off and driving to the next exchange.  I took a “shower pill” bath and changed my clothes in a portapotty. It has never felt so good to wipe down. 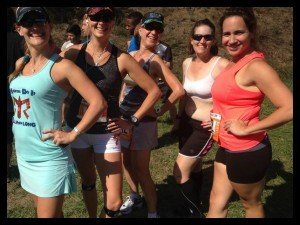 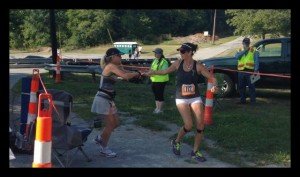 I drove several legs and took pictures and hung out with my team.  I enjoyed checking out the other vans and the costumes that some teams wore, but I probably could have lived my entire life without seeing the dude in nothing but running shoes and a thong. 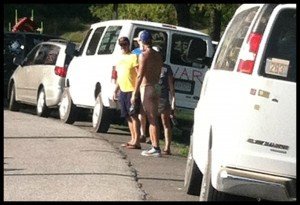 Finally, we met up with Van #1 at Exchange 12.  It was awesome to chat for a bit while we waited for our final runner to come in. 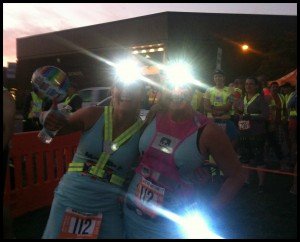 We took a few quick pictures and then quickly headed to the showers.  Yes, you read that right: Exchange 12 offers showers for $1 in the local high school.  Worth.every.penny. 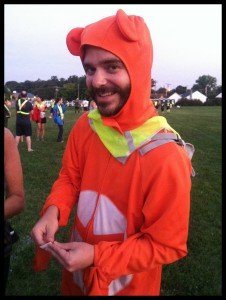 Then it was time for food.  We ended up at a Western Sizzlin in Halfway, MD.  The staff was super nice, but the food was a little too “comfort food” for my body:  lots of fried and cheesy and heavy.  Ugh.  I tried to make the best food choices that I could, but I regretted it later.  Next time I’ll make sure we have some ideas planned in advance.  After dinner, we headed to the South Mountain Creamery, where we parked right next to the cows. (Fragrant!) Three of our teammates went off to get some sleep in the field, but I decided to just try to doze a bit in the van.  I knew I wouldn’t fall asleep anyways.  (And there was a lone porta potty just across the driveway from our van.  We became close friends.) Finally, it was time to get ready.  I stripped off a few layers and got down to short sleeves, arm sleeves, skirt, and compression socks along with a reflective vest, tail light, and headlamp.  I also grabbed my knuckle lights to help light the way.  And then, it was go time!

I was really nervous about this leg.  I’ve never run in the dark.  I was afraid of tripping and of weirdos and of being by myself in the middle of the night.  Also, living so close to a major city, it’s never truly dark.  Here I was running from a farm into town, so the first 3 miles were a dark I only see when we are traveling.

Turns out it was nowhere near as scary as I expected.  I killed a few people and got killed a few times, so I felt like I was never completely alone.  I also was surprised at how well I could see. (And I didn’t find out about the weirdo AKA aggressive driver who was driving close to runners until after I was done.)

This leg was pretty much awesome.  I didn’t feel like I’d already run 8 miles or like it was close to 1 in the morning.  I felt completely fresh and ready to go.  The first half of the leg was mostly downhill and I just let myself go.  I loved it. The second half was uphill, but it didn’t feel as steep as my first run. 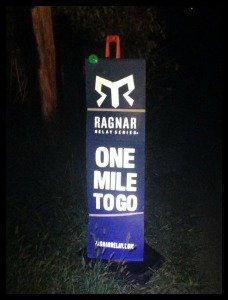 I managed to run the entire leg, with the exception of having to tie my shoe 3 times!  I cruised into the exchange and handed off to runner 8.  I was totally riding a runner’s high at that point. Despite the frequent shoe tying and the hills on the second half, I finished with an average pace of 10:26.

So, how did the rest of Ragnar go? Did the rest of the team fare well in their middle of the night runs? Come back soon to read the final leg. In the meantime, feel free to check out my Ragnar round up and see how I packed and what I ate and certainly don’t miss my first leg!