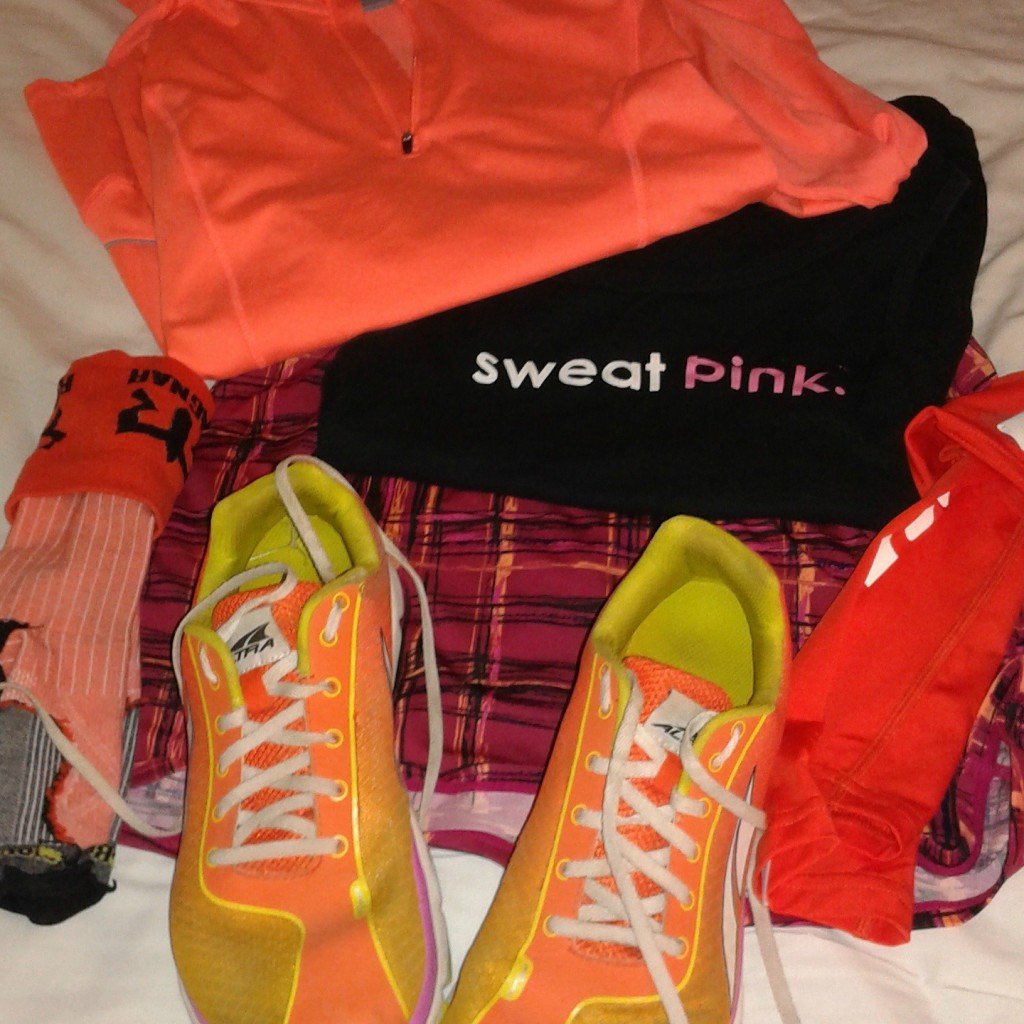 When I got invited to the Runner’s World Half and Festival as an influencer, I thought I’d be pushing it at every race. Unfortunately, bronchitis and my hip had a different opinion.  So, instead I had one goal for these two races: finish them both without re-injuring my hip. I was still coughing quite a bit and had forgotten my inhaler, so that added a little extra fun to the races. But I totally nailed my goals. 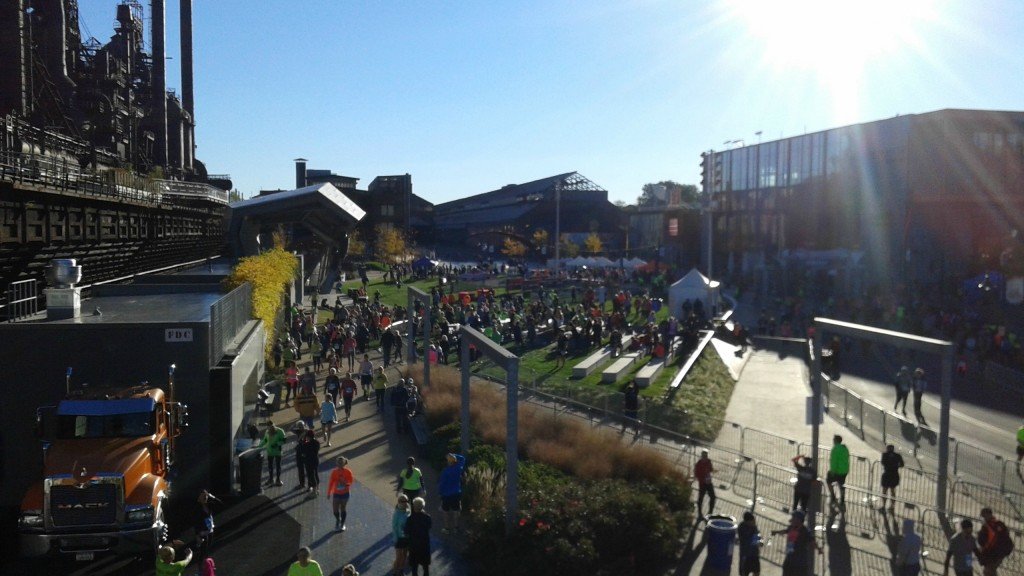 After hanging with several of the other Runner’s World influencers (inside and with real bathrooms!) for a while before the race, it was time to line up. 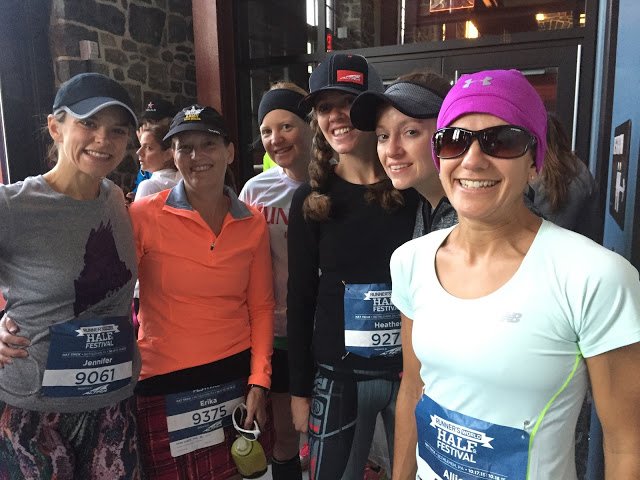 Bart Yasso and Deena Kastor were hanging out near the start line. We chatted with them for a bit and then Bart was ready to lead the race out. 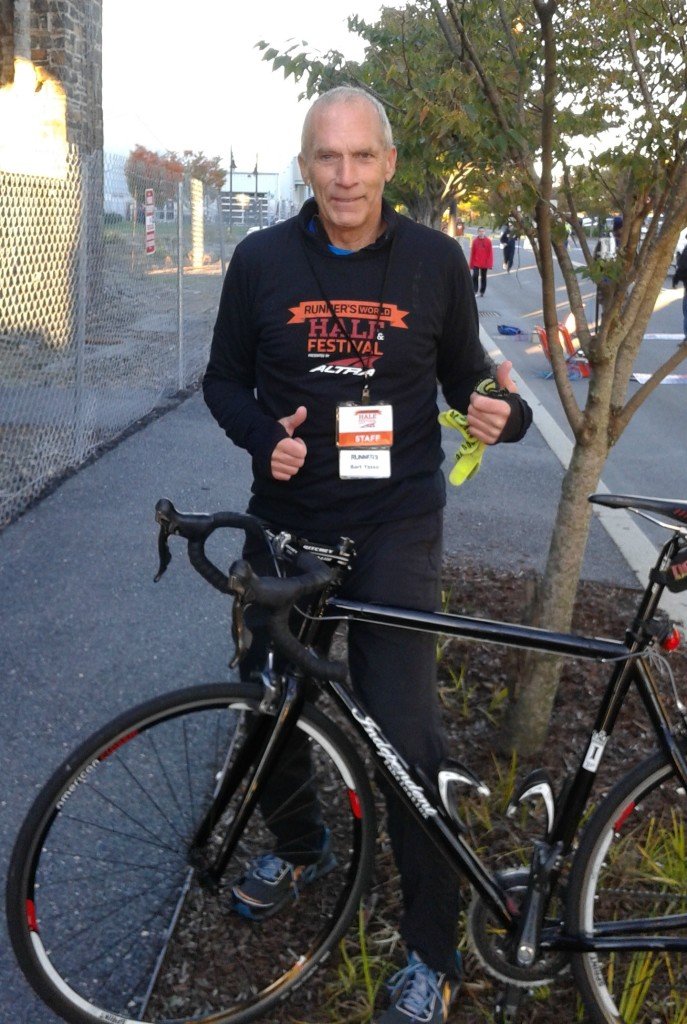 I purposely started way back at the 11:00 pace sign. I was not going to race this, so I wanted to be back where everyone would be around the pace I wanted to stay at. The gun went off and it only took about 2 minutes to get to the start. I slowed down just before the line and high fived Deena Kastor.

The course was a lovely short tour of Bethlehem with only one hill right around the 1 mile mark. Since I was basically just out for an easy run, I spent most of my time looking around. Most of the influencers were either racing (way faster than me) or walking, I was running by myself. It was a good race – I like small hills, I was never crowded, and the spectators and volunteers were cheerful. I did feel a bit weird to be going so slowly in a 5K, but I had a bigger goal of finishing the Marine Corps Marathon in mind. Finally, I rounded the corner towards the finish line. I made myself stay even paced, but I may have gotten a little excited to see Bart Yasso and Deena Kastor. 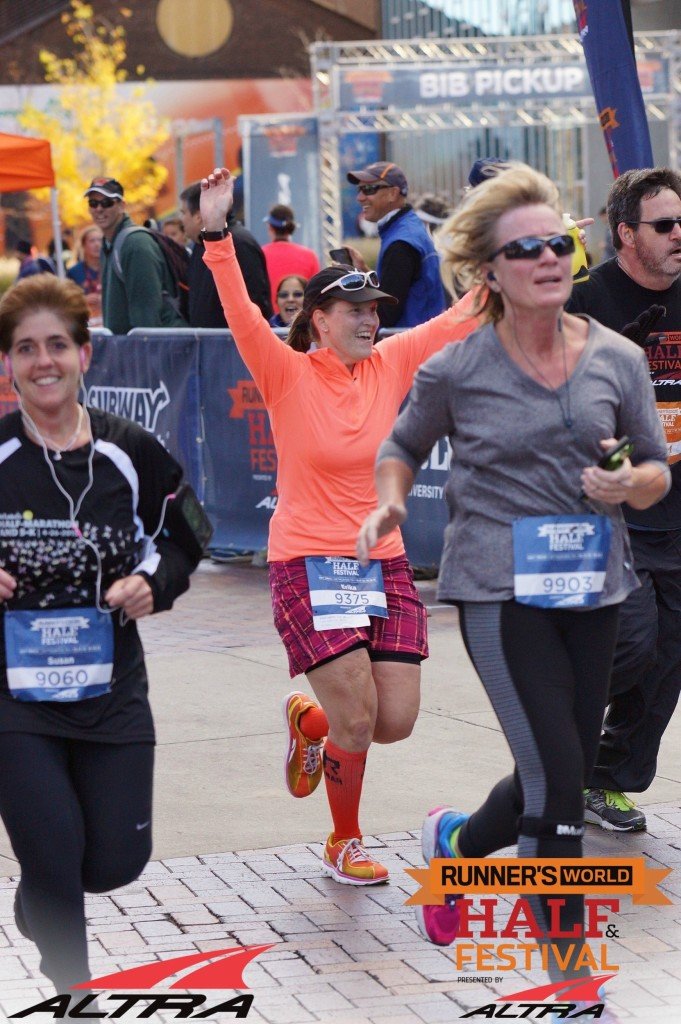 I high fived Bart and boom! Race 1 of the Hat Trick (and race 2 of what will be called the Grand Slam) done! 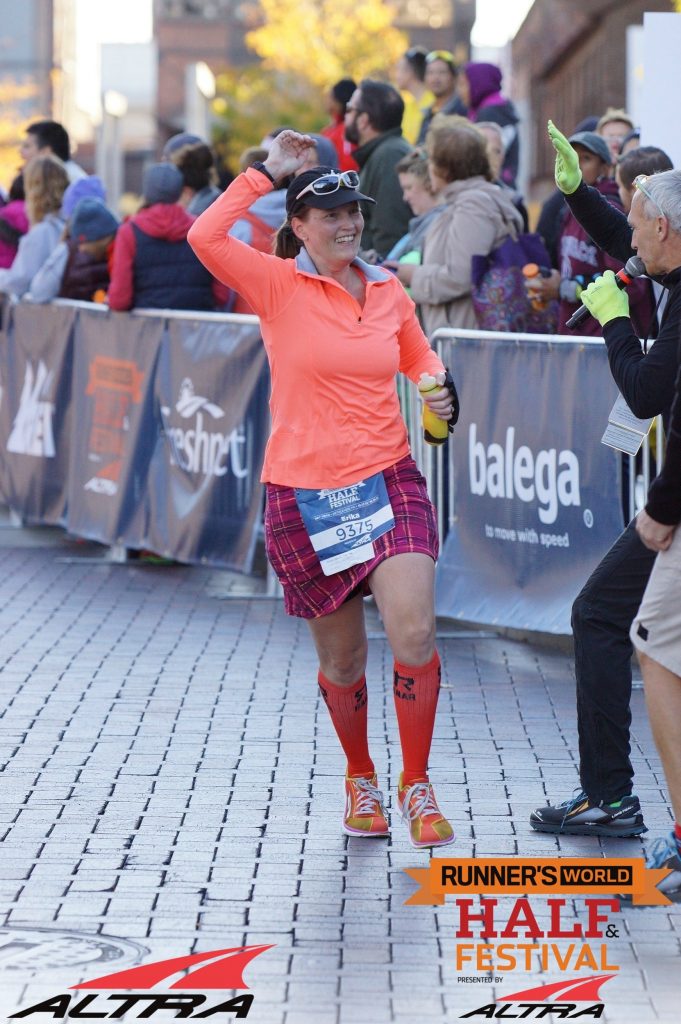 I grabbed a bagel, a cookie, and a bottle of water and headed back inside to wait for the 10K. I loved being able to hang out where it was warm and have access to indoor bathrooms. I had not even broken a sweat (my heart rate did not get up at all), so I was a little chilly.

At a little before 9:30am, we all headed back out to the start line for the 10K. Again, I lined up with the 11:00 minute pace group. I hadn’t run more than 6 miles in a day since I ran the Center of the Nation series, so I wasn’t sure how I’d feel during this race.  I decided to try to run the race at around an 11:30 pace (my planned pace for MCM).  My plan was to start slow and go slower if I needed to.

The gun went off and again, we moved quickly to the start line. Deena was there again, high living everyone. I took it easy for the first mile and just tried to keep my heart rate down. This course was a bit hillier than the 5K, but still nothing unusual compared to where I run regularly. I was trotting along when I saw David, our RW main contact, and Hilary Lane, a reporter who was running her first 10K, up ahead of me. I pushed it a bit to catch them and then settled in and ran the rest of the race with them. 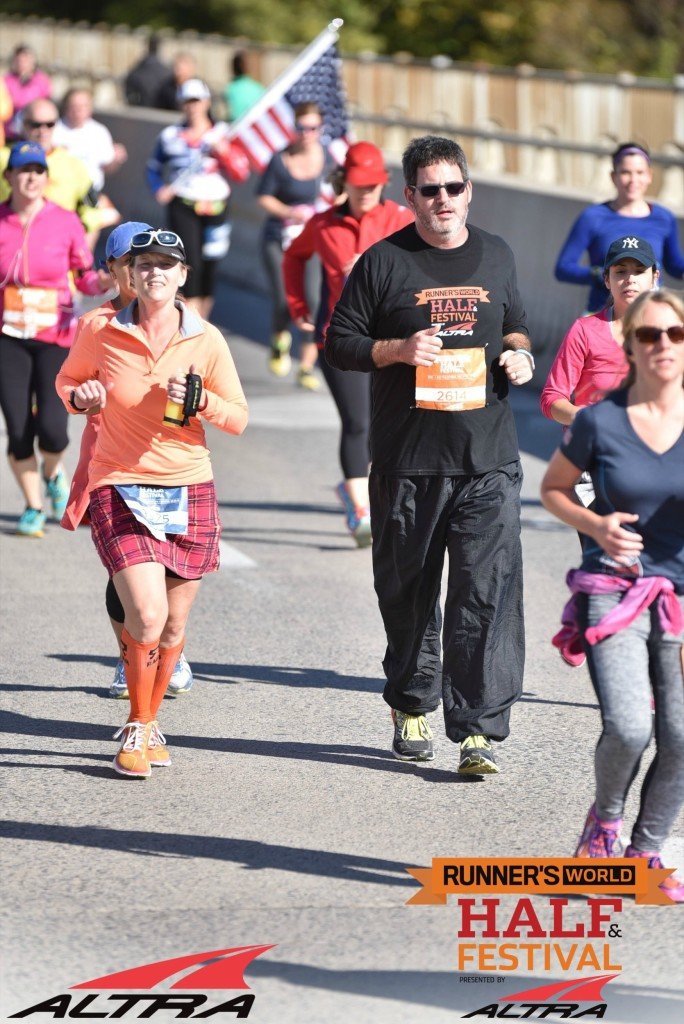 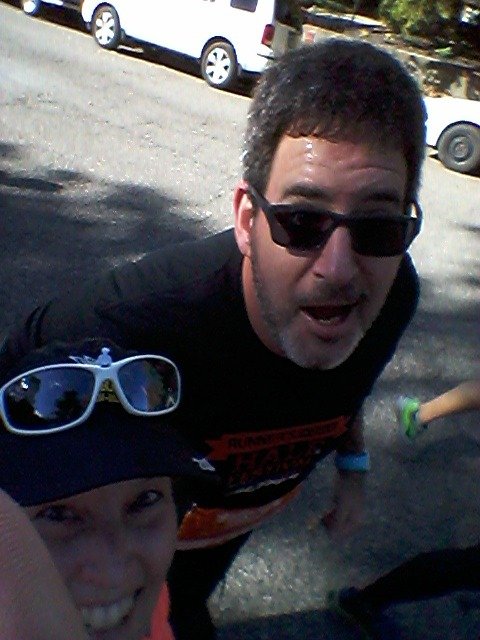 I may have talked their ears off, ahem. Overall, I really enjoyed the course – Bethlehem is a nice town, the hills were manageable, and the spectator support was great. 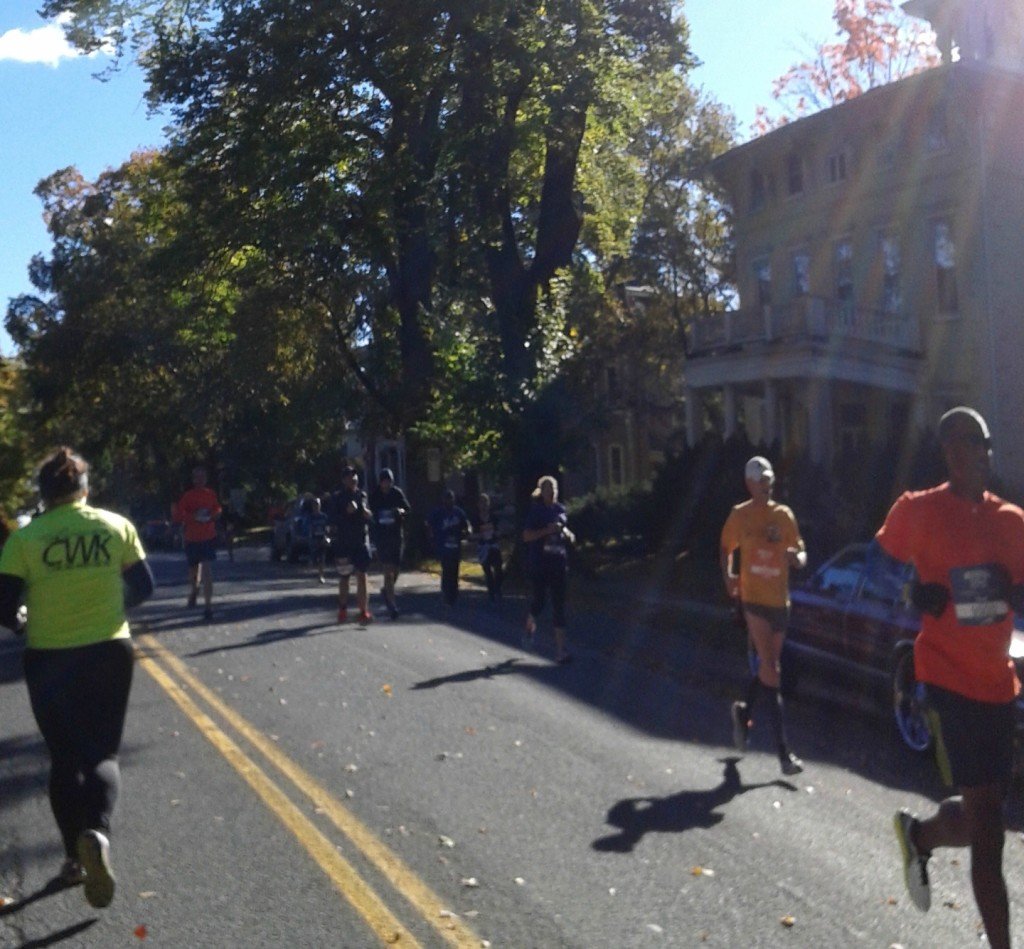 I had so much fun chatting with David and Hilary and there may have been a few selfies taken. 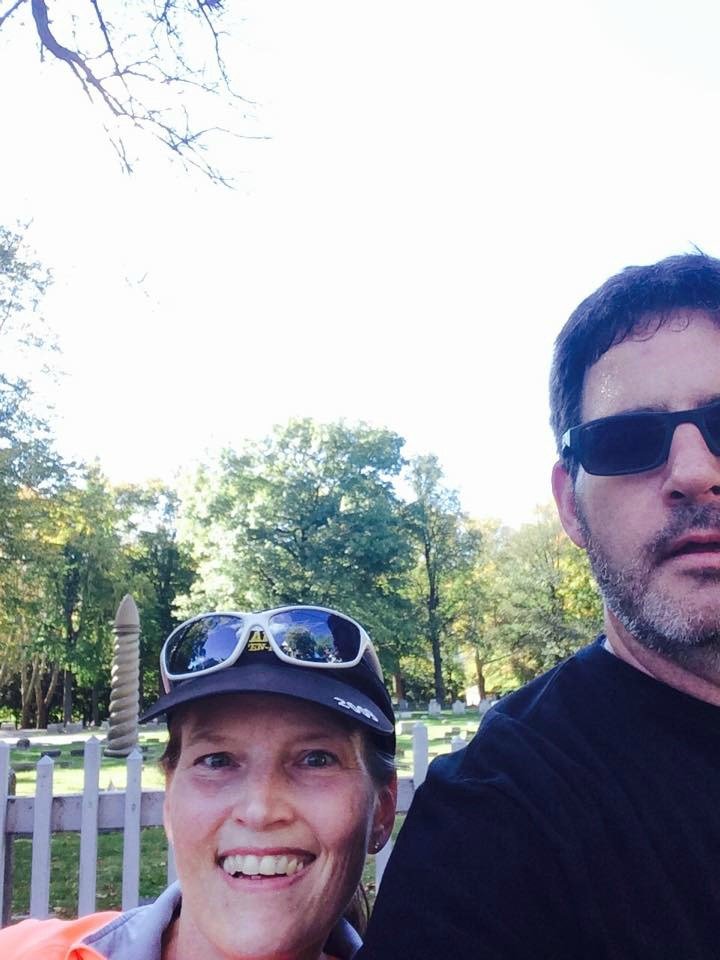 The race went by quickly and then we were headed to the finish. 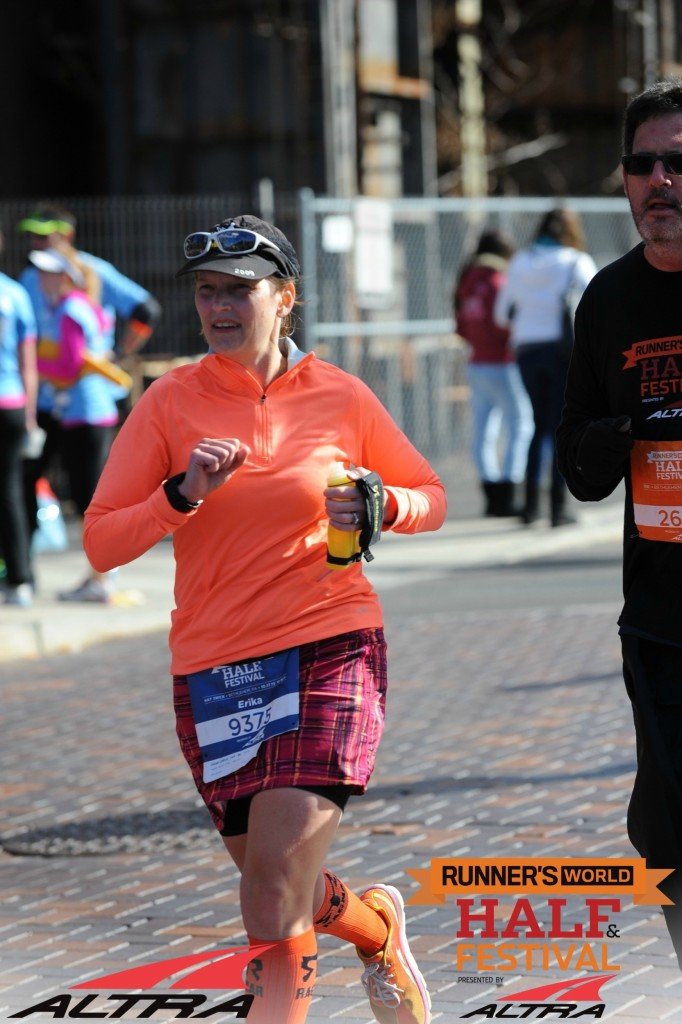 Hilary’s news team and parents were waiting, so I ended up in her news video. (Look for me around 56 seconds).

Then it was time to finish. David and I sprinted to the finish.  It felt great to have a quick burst of speed!

I grabbed another cookie and some more water and then caught up with a few of the fast kids to head back to the expo and then the hotel. 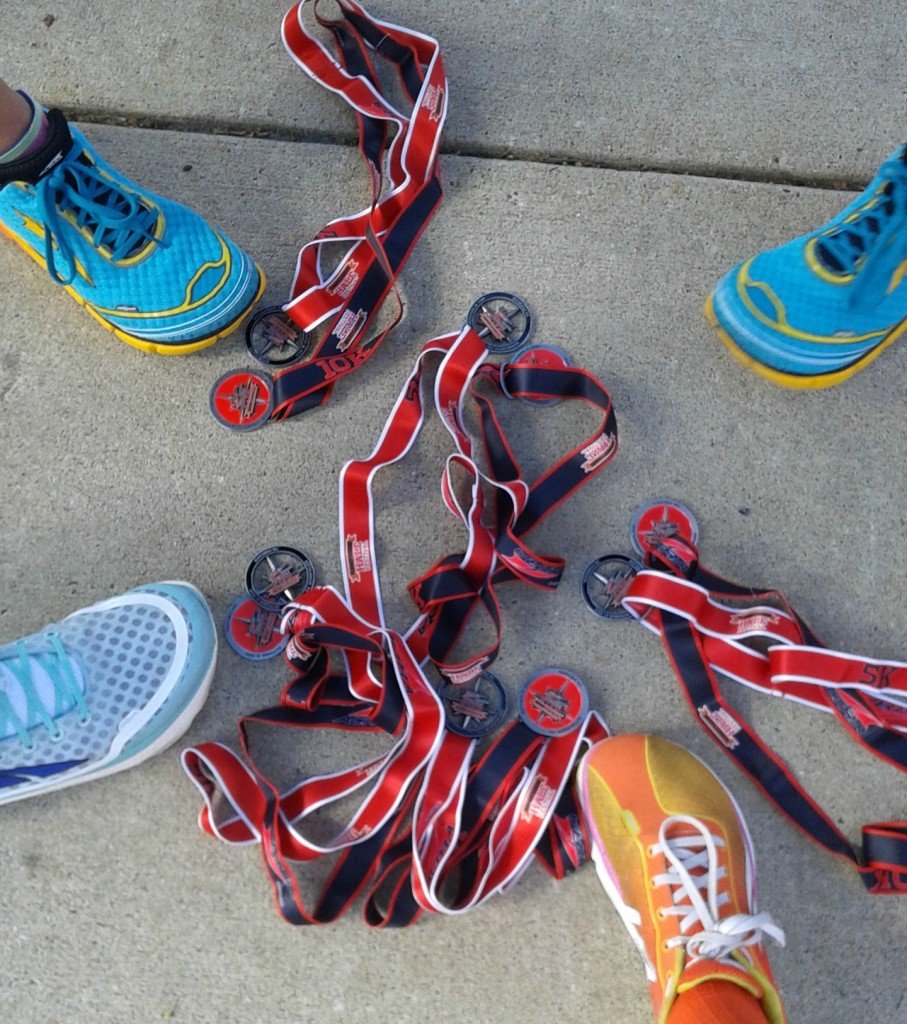 There really was nothing bad or ugly about these races. From pre-start to finish festival, it was a great experience for me. The expo was a little crowded as the space was small, but I had no issues getting my big and I had no problem getting to the booths I needed to visit (we were doing a scavenger hunt on instagram and twitter.)

The rest of the day was pretty mellow. I grabbed lunch with Heather and Jen and got to try a local brew. I should have made them hop in my car to go to the actual brewpub, but we were all so starving we just walked across the street to a pizza place. 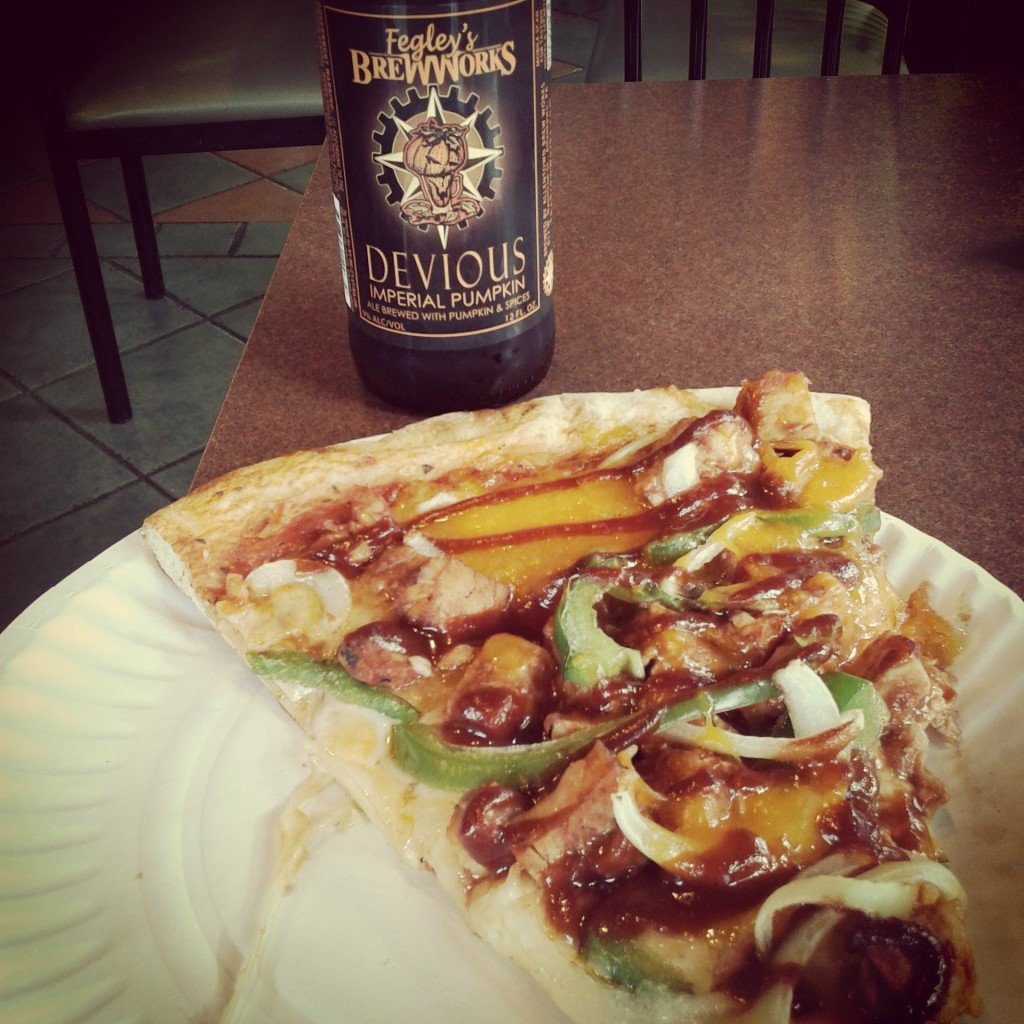 Then we headed back to the expo and attended Deena Kastor’s talk with David Willey, the editor of Runner’s World. I’ve totally got a girl crush on her.  She’s such a lovely person, in addition to being an amazing runner. 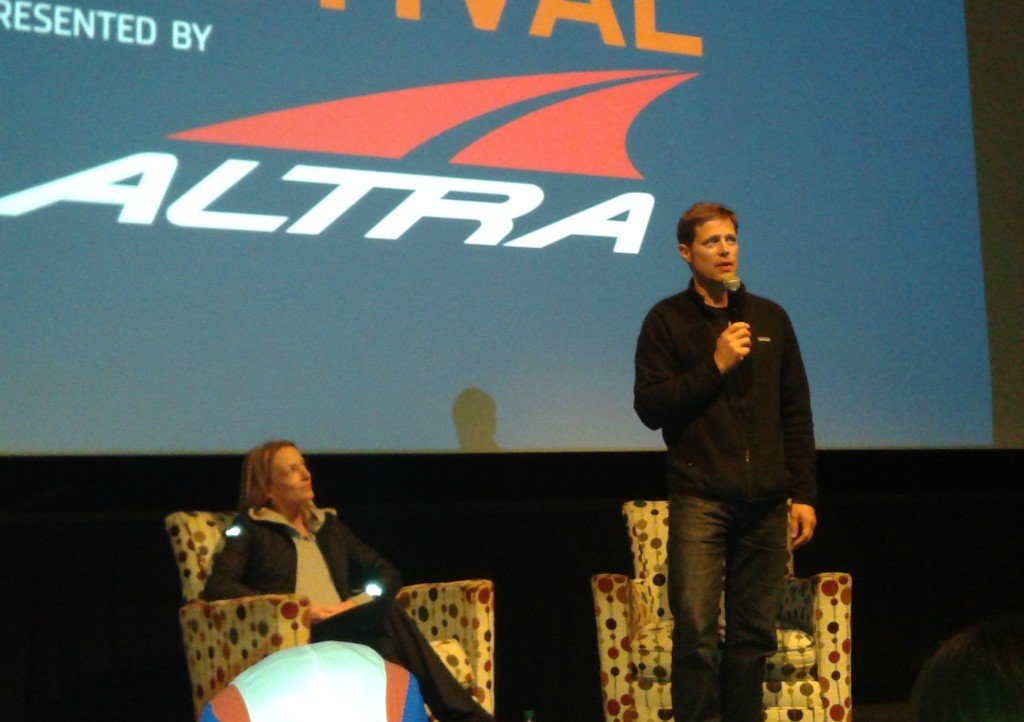 Our last event of the day was a pasta dinner. Many of the attendees were part of the Sub 30 group, which I had never heard of before. It seemed like an awesome group of really supportive runners. The food was fabulous (pretty much food all weekend was amazing). 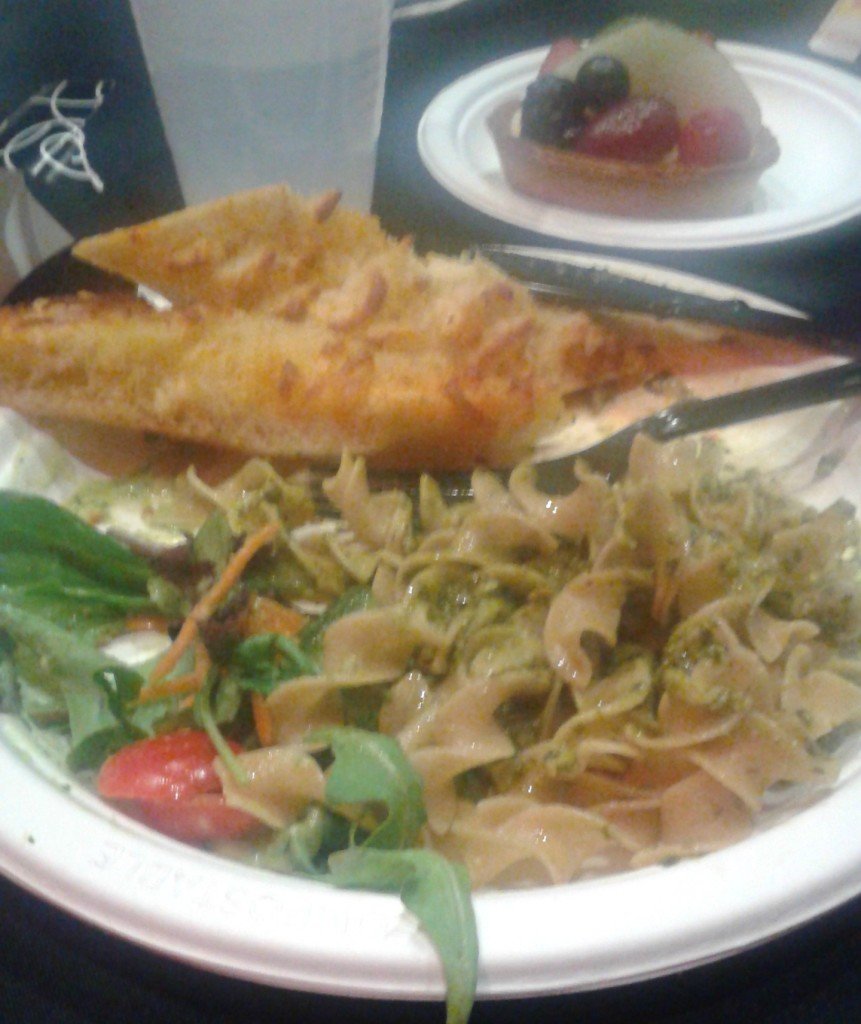 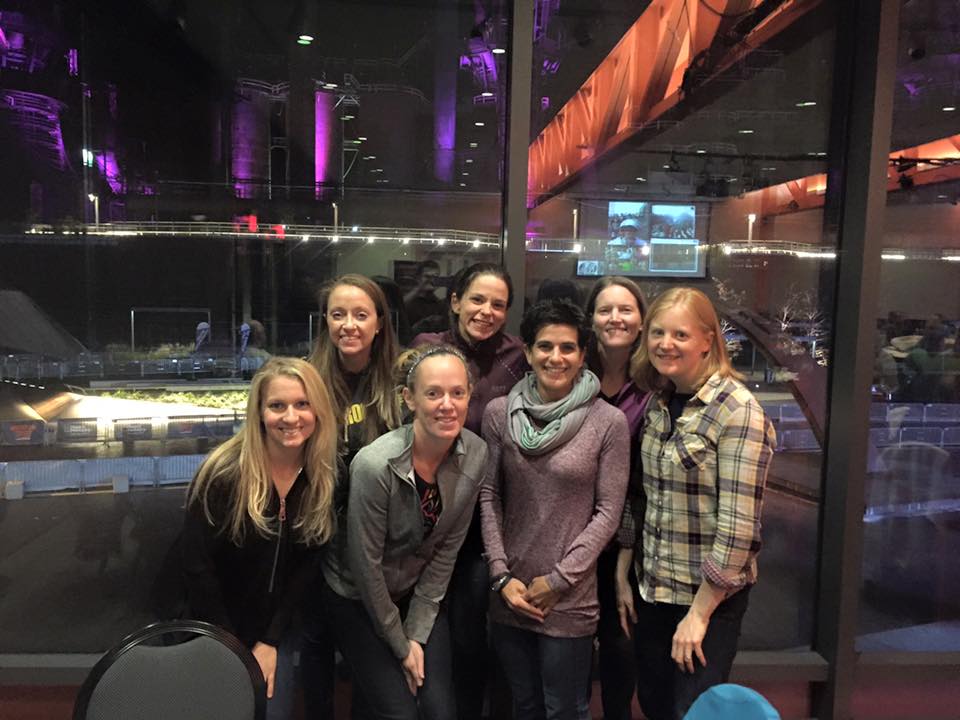 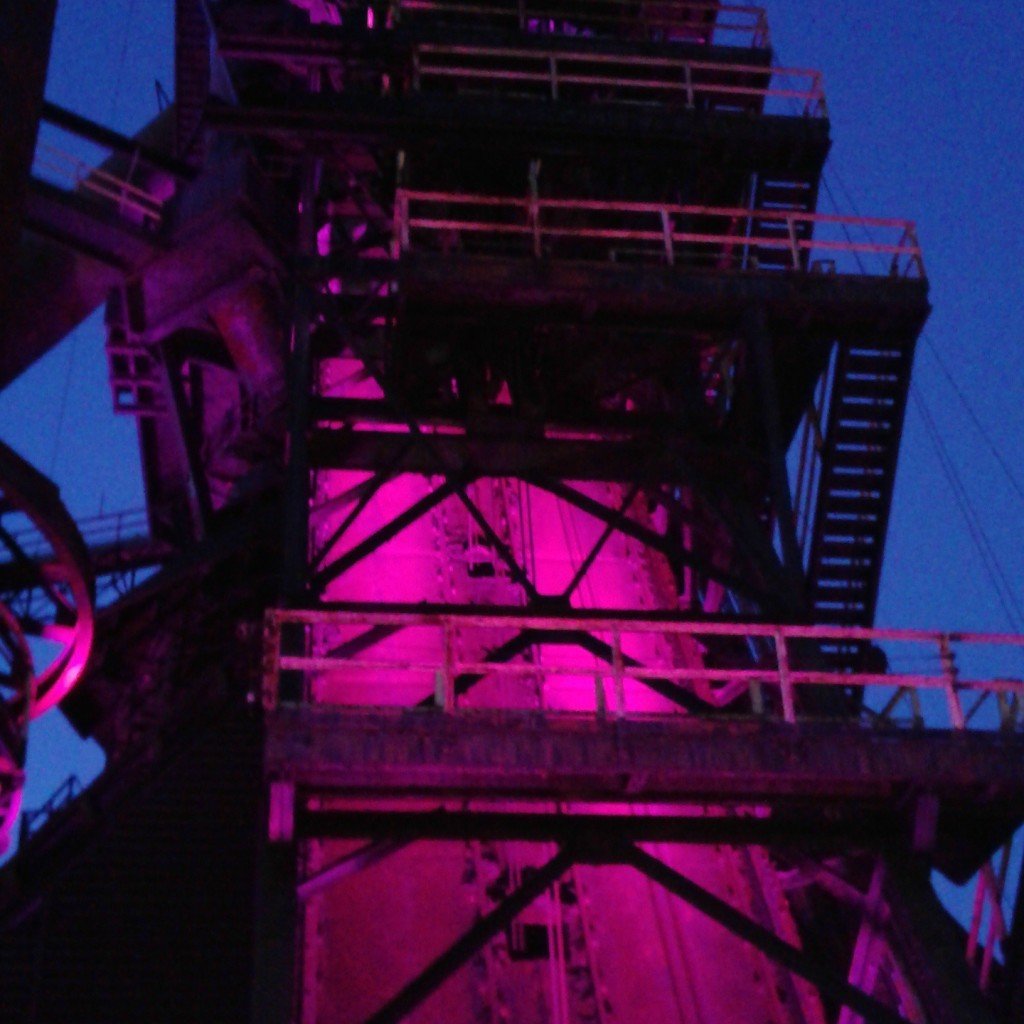 Then a group of us headed back to the hotel. We had a little foam rolling party in my room (the benefit of driving was that I had plenty of room to bring a variety of torture implements) and then I crashed early, knowing that I had a half marathon in the morning.

Have you ever run multiple races in one day? I’ve done lots of challenges, but this was my first time with two races in the same day (unless you count Ragnar DC and Ragnar Cape Cod.)