I’ve mentioned before that my MCM training did not go quite as I planned. My mojo was missing and life was just busier than it’s been when I’ve previously run a marathon. Somehow, I just never managed to make the training a priority. There’s really no one to blame but myself for the situation I found myself in this week, but when push came to shove, I got in the last long run. 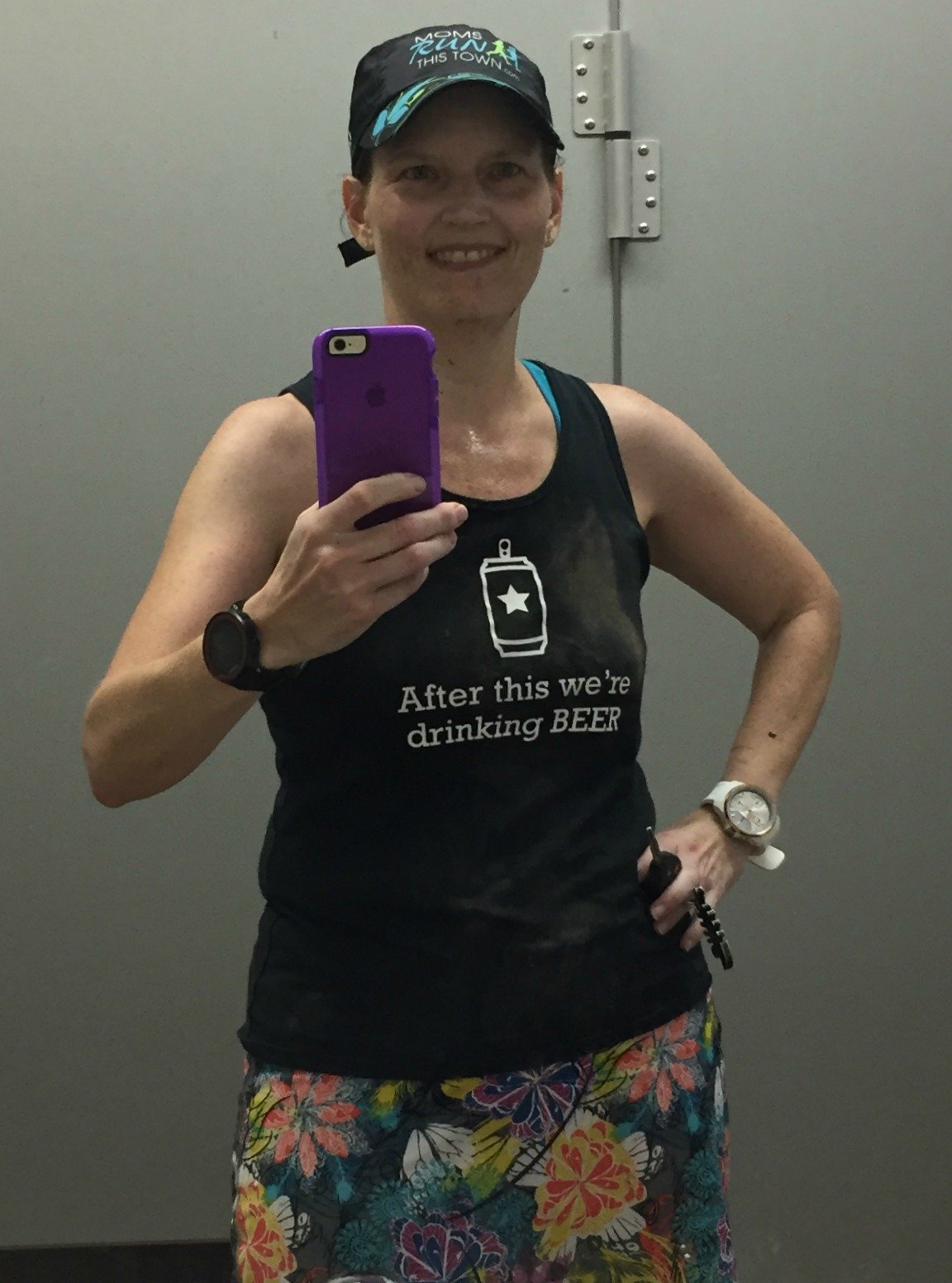 To make this run happen, I had to block my day on the calendar. I declined meetings. My to do list was empty. I knew I had 6 hours from the time I dropped off Shoo until I needed to be back to pick him up. This allowed me to run in a different location than usual.

So, off to Burke Lake Park I went. Burke Lake has a 4.5ish mile loop around the lake that many runners, walkers, and bikers use to get in a workout. It’s a 30 minute drive from my house, but I really wanted something different as I’m super tired of my neighborhood. Thankfully, I had a couple of friends who said they’d meet me there and see me on the loop. 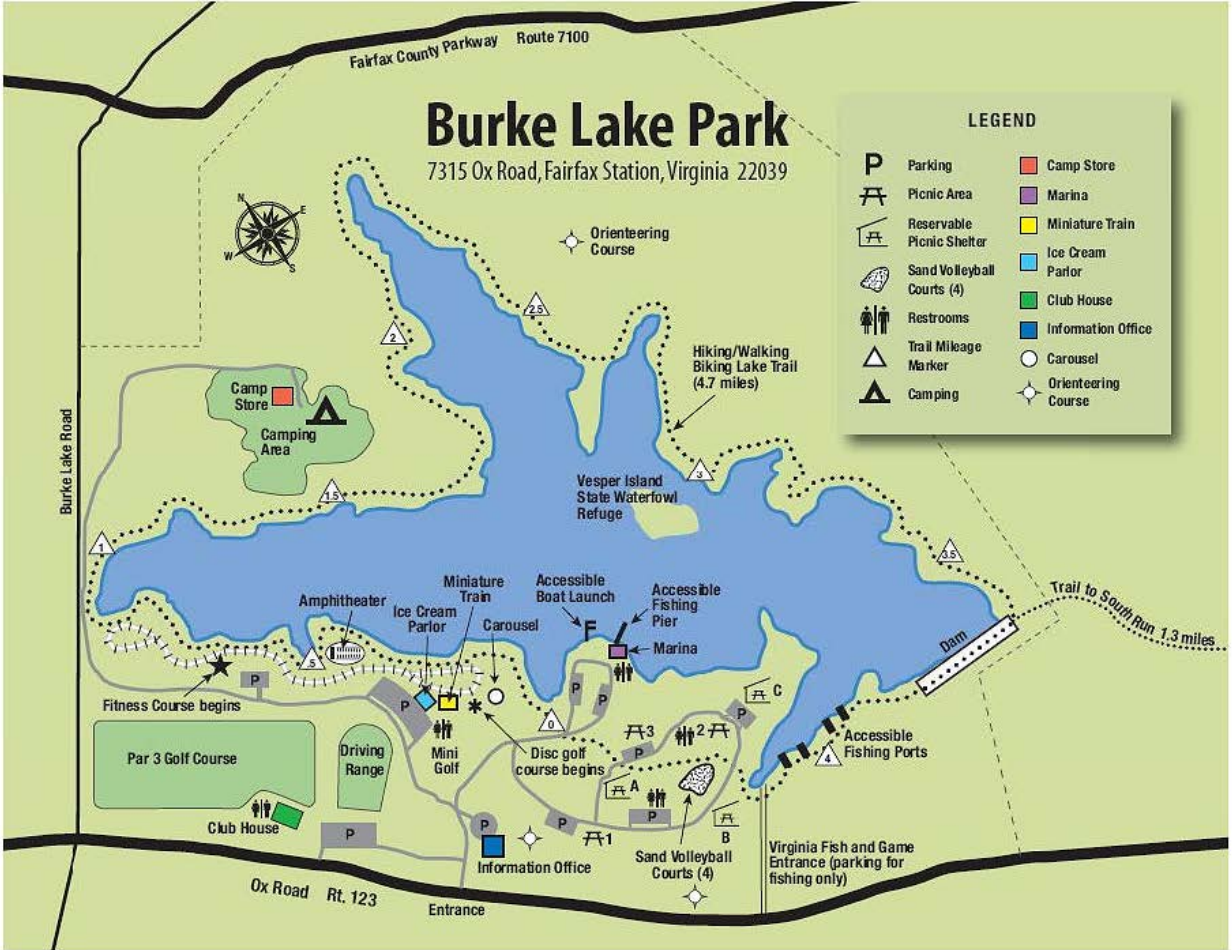 I arrived a few minutes late, but my one friend (who is way faster than I am) offered to run the first loop with me. It went well, but I realized that I expected a flatter, more groomed trail. It was not technical at all, but there were plenty of rocks and roots and uneven ground to deal with.

After the first loop, my friend headed off for another loop and I made a potty and drink refill stop. I did the second loop in the opposite direction and realized I preferred that way (I have no idea why.) It was a pretty uneventful loop, other than seeing my other friend. Then I started loop 3. I ran into my friend about a mile in and he decided to join me for the next loop.

At which point, I tripped over a tree root and hit the ground hard. I got up and continued running, only to repeat the performance a few minutes later. Seems that tired legs and tree roots are a bad combination for me. After the second fall, I managed to run a couple of miles before I tripped over a rock. Yes, for those of you playing along at home, I did trip 3 times. I was dirty and sweaty and bloody and not really a fun person to be around. (The knee is not as bad as it looks, most of that is blood that ran from the scrap at the top.) 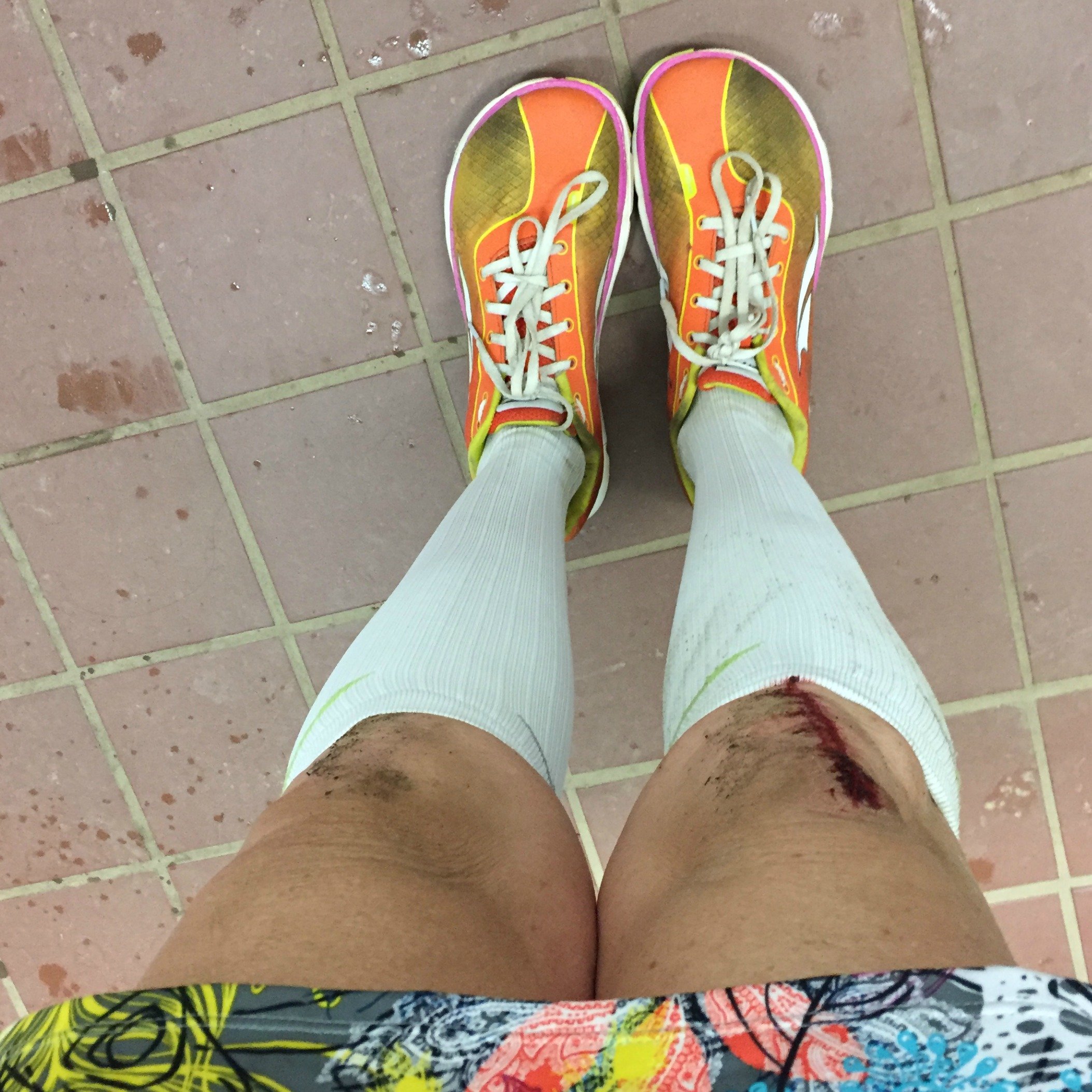 At the end of the loop, I was at 13.5 miles. My original plan was four loops, but no way in hell was I doing another one. I ended up running 3.5 miles circling the parking lots and roads near the lake – completely without injuring myself and at a totally respectable pace.

Marine Corps Marathon is in 18 days. I’m nearly there. I will run it. And I will “Beat the Bridge”. Despite a long bathroom stop, 3 stops to refill water, and 3 falls, I was well under the required 14 minute pace.

But then I’m done. This was my last long training run. MCM will be my last marathon.

Or it will be until a serious case of FOMO gets in the way again.