In addition to my 11th state race report, this is my “Half minus a Half” race report for G and my snapshot of my run for Tonia.

Long story (grab your lunch before you start):

Once we set our dates for our Alaska trip, I started looking for a race we could do while there.  The only race that was near where we were going to be was the Soldotna Unity run.  It had two options – a 5k and a 10 miler.  I’m trying to avoid 5ks to the extent possible for my state races, so that left us with the 10 mile option.  In past years, about 30-40 people run the 10 miles and this year was no different.  I consider myself a “middle of the pack” runner, but that was not the case here.  Apparently, only the fast runners run 10 miles.  I finished 18th out of 23 women and my dad was 15 out of 15 men.  So, I finished in the top 20 of women, but there were only five people after me! 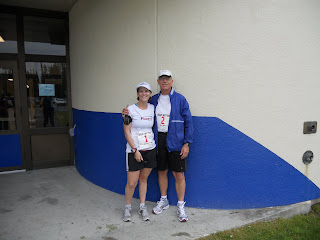 It was really chilly.  48 degrees and cloudy.  I couldn’t decide whether to run with my windbreaker or not.  I ended up not taking it, which meant I was FREEZING at the start line, but I ended up being glad I didn’t have it.    Note my race number.  This may be the only time in my life I get a single digit number LOL.

The gun went off and we watched all except two of the runners head out of sight.   We had a plan and refused to be pulled out too fast, despite feeling REALLY slow. 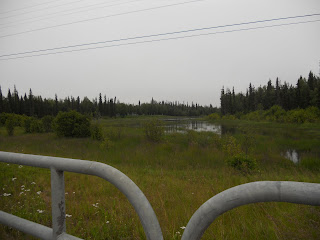 Mile 2 (9:28): Another nice easy mile, although we were afraid we were going a little fast. 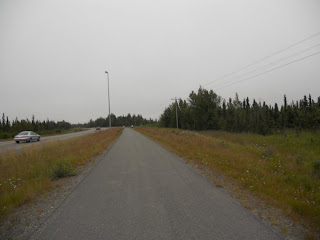 Mile 3 (9:42): I grabbed a bottle of powerade and ran with that for a while.  Disposing of it slowed me down a bit. 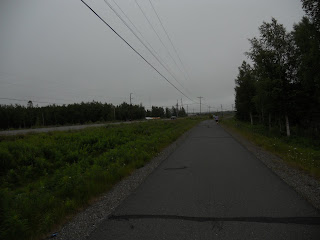 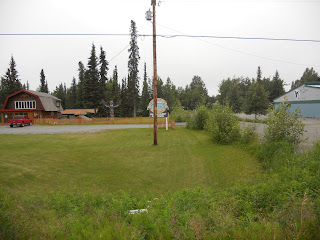 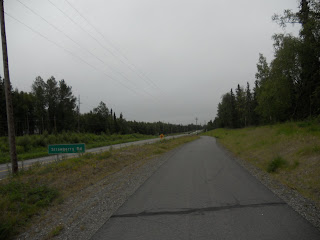 Mile 6 (9:30): Surprisingly, we managed to keep a decent pace while going up and then flew down the hills, so they didn’t kill our average speed. 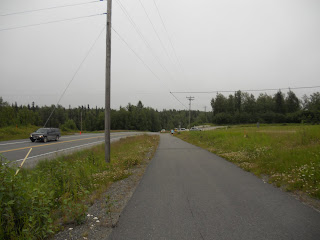 Mile 7 (9:29): Recovering from the hills.  I turned around and tried to get a picture of the temperature on the sign, but was too far away. 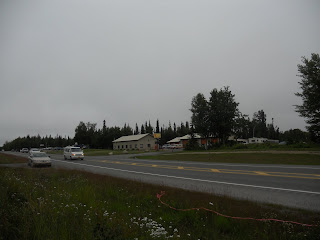 Mile 8 (8:55)  I was feeling awesome and we passed a couple of people.  By this point, we’d passed four people and there were two others behind us from the beginning. 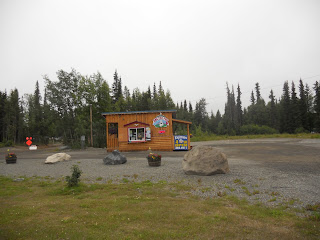 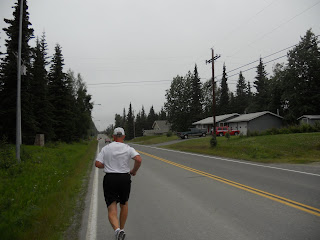 The end of the race (8:41):  One woman managed to pass us.  We didn’t see her coming and she was sprinting for the finish.  She knew the finish was just around the corner, so was moving super fast.  I thought we still had a half mile left, so I didn’t think I could keep up with her.  If I’d have known we were almost done, I would have totally raced her.  ;o) 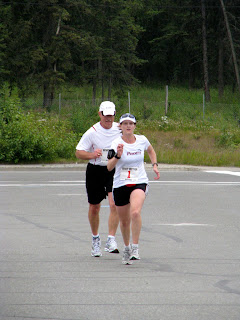 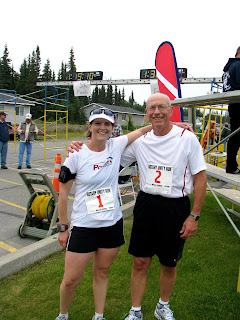 All in all, it was an awesome race.  It was well organized, there was a cookout at the end, and I got to run (almost) 10 miles with my dad.  It was also a major confidence booster for me.  9:30 was an easy pace and even the 8:55 mile wasn’t that hard, despite being 7 miles into the race.  The heat in Virginia has totally sapped my abilities, so I’ve been questioning my fitness.  This race proved to me that the heat is the issue, so as long as I keep running, I should be great once it cools back down.