Tuesday was the second day of the Dust Bowl Series.  We ran on a concrete path around a small lake in Guymon, OK.  The path was exactly one mile in length, so the half marathoners had to run 13 laps, with a small out and back at the end.  Thankfully, they set us up with chip timing, so we had help keeping track.  When I originally signed up for the Series, I was dreading the one mile loops.  As it turned out, there was a lot of awesome to it.

Beer Geek had food poisoning, so he took my picture before I left and then I caught a ride to the start with another runner.  (I LOVE this part of the running community!) 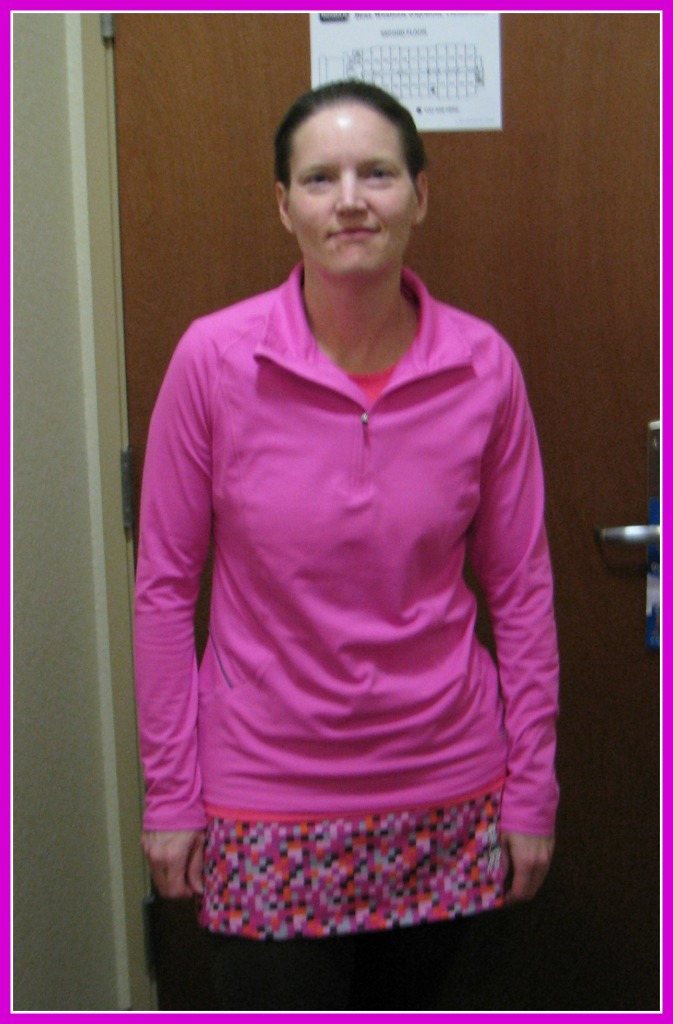 One of the first purchases I made when we got to the Dust Bowl area was a flashlight.  This came in handy walking to the start of #1 and even more in handy when I needed to pee in the pitch dark porta potty at the start of race 2.  It was even colder than the start of the previous day, but at the last minute I chose a baseball cap instead of a winter hat because I could put my sunglasses on the brim.  I ended up running the entire half with them on my hat LOL. 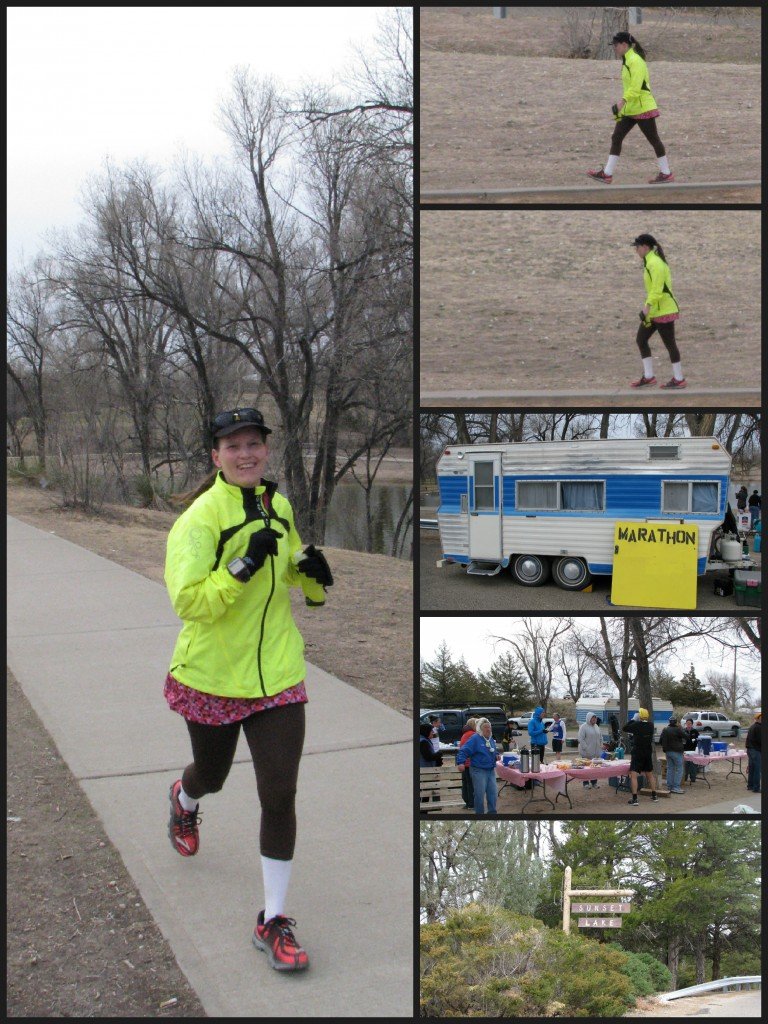 I followed the same plan as the day before – run easy as long as I could and then run/walk the rest.  Once again, I managed to run the first 9 miles with just quick stops at the water/food table starting at the end of mile 4.  I’ve developed a love of animal crackers during long runs LOL.  I did some walking in miles 10-13, but my slowest mile all day was only 13:10.  The concrete was hard on my feet, so I spent as much time as I could running on the packed dirt next to the path.  I loved that I was NEVER alone and EVERYONE was seriously supportive.  I joked and talked and learned lots of great tips for surviving these types of events.  In the end I finished in 2:36 and change and felt pretty good! (Not that I look happy at the finish…) 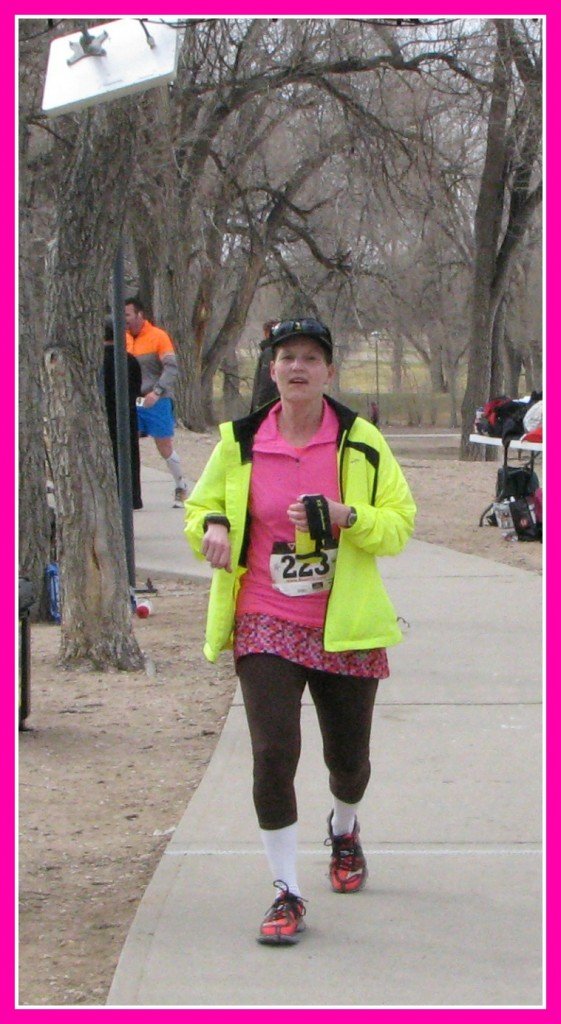 All in all, it went even better than I could have hoped.  After another epsom salt soak, we headed out to explore the grasslands and the Santa Fe Trail.  We visited a huge prairie dog town, but I was too tired and cold to even get out of the car.  I did finally drag myself out of the car to check out Point of Rocks. 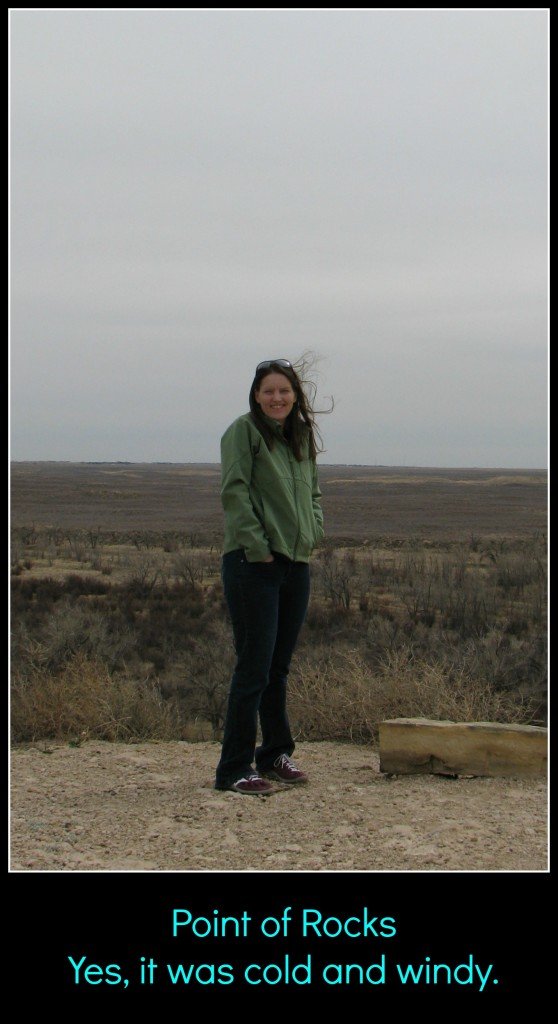 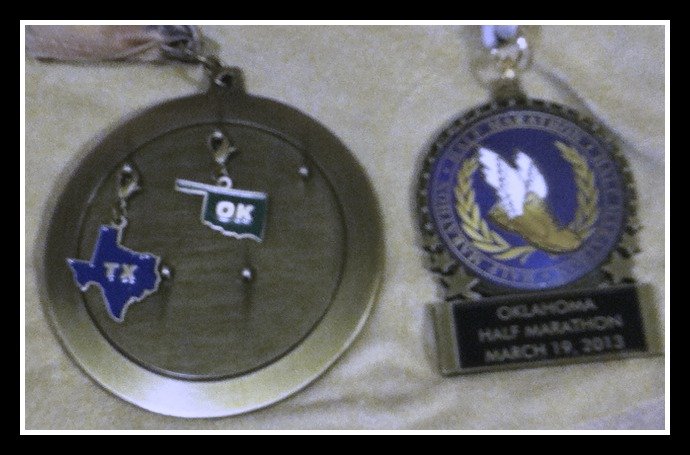