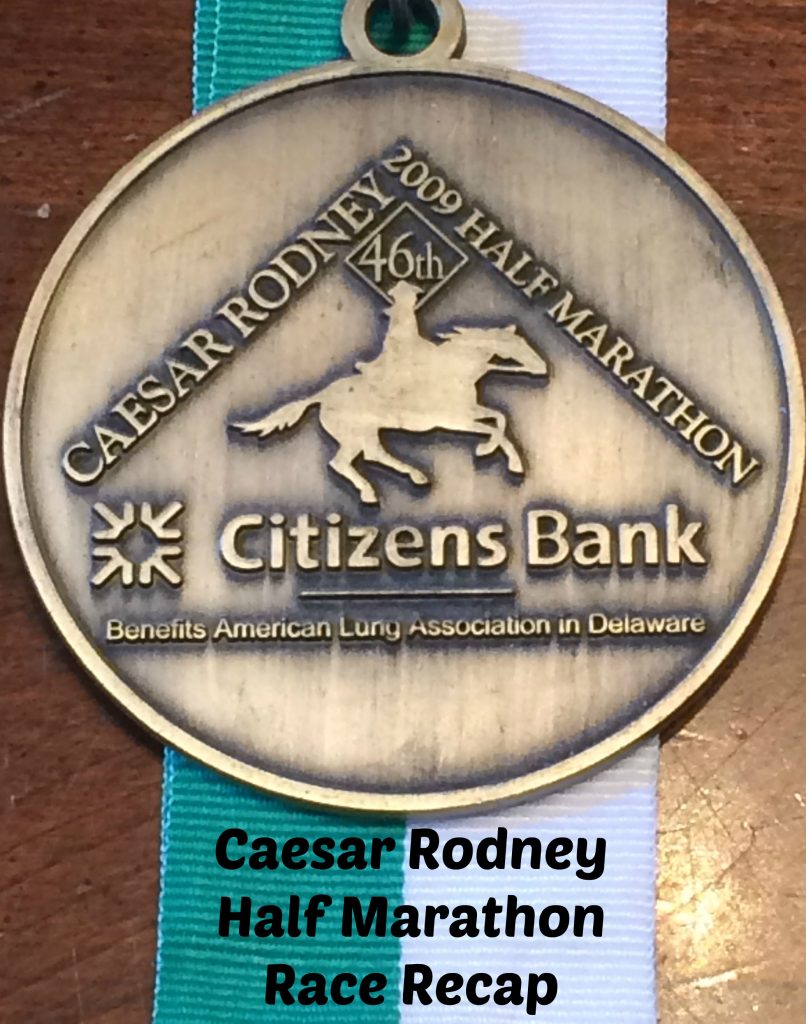 More information than you probably care to know:

We had an awesome weekend.    We headed up north around 1 on Friday.  After checking in and taking the boys to the pool, we met one of Beer Geek’s college friends and her husband for dinner at the Iron Hill Brew Pub in Newark.  They had some really good stuff on tap, including a yummy porter that I had and a stout on a nitrogen tap that Beer Geek had.   We ended up taking a growler of the porter back to the hotel with us.
Saturday morning, we got up and I picked up my race packet.  Then we took the boys to the Delaware Museum of Natural History.  They had a blast!  Then we headed over to the Twin Lakes brewery for a quick tasting.  They happened to have a band playing, so we hung out for a short while and got to taste their pilsner and pale ale.  Beer Geek ended up getting a growler of the pale to take to his friend’s house for with dinner that evening.  Next we went to the Iron Hill Brew Pub in Wilmington.  Their beer menu was a little bit different, so Beer Geek was able to get a cask conditioned Irish red.  I had a sampler glass of it and it was quite yummy.  I had realized that I was a bit dehydrated (I never drink enough when we travel plus I’d had a fair amount of beer on Friday), so I started hydrating and stopped drinking beer. :o(  We spent a relaxing evening at our friends’ house and then headed back to the hotel.
Sunday morning dawned gray and dreary, but thankfully, not rainy.  Our hotel was only about four blocks from the start of the race and the race didn’t start until 9:30am, so we were able to just wake up slowly and get ready.  Beer Geek and the boys walked me down to the start and hung out with me for a bit and then headed back to the hotel for some pool time. 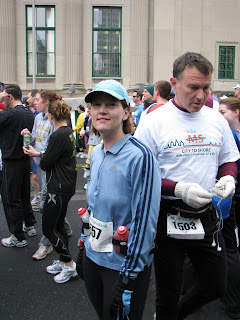 The weather was absolutely perfect for running.  Just chilly enough to wear tights and a long sleeve running shirt, not so cold that I needed gloves.   There was a bit of drizzle at times, but it never turned into rain.  Wonderful cloud cover, so no glare at all.   The Caesar Rodney half marathon starts with a major downhill.  I had looked at the race elevation and had a plan.  I ran the first mile in 8:12.  Then the route leveled out for the next 5ish miles, where we got to run through the ‘hood. Quite the interesting group of spectators in that area, plus it always adds to the challenge of a race to get to suck down second hand smoke.  Let’s just say I’d never run there by myself. We passed the brewpub we’d had lunch at and then headed along the river for a while.  I was amazed at how good I felt, running approximately 9 minute miles.  Then we headed uphill for about 2.5 miles.  That part just sucked.  I did ok timewise, but I knew I was losing precious minutes on those hills.  The turnaround came at mile 9.5 and I began picking up the pace, knowing that the end of the race was going to kick my butt.   I raced down the hill as fast I could manage at that point and turned to go up the hill towards the finish line.  Oh.My.Goodness.  It was approximately .20 of hellish uphill.  I was kicking with everything I had in me and my pace was 8:56.  As I crossed the line, the clock said 2:00:15, so I knew my chip time would be sub-2!   I managed to not throw up on the young men collecting the chips and headed back to the hotel.
The Caesar Rodney half was really well organized, but I was glad I ran with my fuel belt.  There were five water stops, but only one had gatorade.  I did one Gu before the race and 1 during.  One more would have been nice, but I was too busy running down the hills to eat one before the end.  This was a really hilly course, so I’m pretty amazed I ran as fast as I did.  It was also a pretty fast set of runners.  I didn’t even break the top 50% in my age group, my gender, or the race overall!
All in all, it was a good weekend.  We had good beer, the boys got to swim, Beer Geek got to visit a few weird geographical things, and I totally rocked a difficult course.  The only negative of the weekend was that sign up opened at noon for the Beach to Breakers 10K that I wanted to do.  I tried to sign up while at the hotel, but the race website was overwhelmed.  By the time we got home, it was already sold out.  :o(  Now I need to find a different race to do when we go on our summer vacation.