You are here: Home / healthy choices / Thinking out Loud: Where do I go from here?

You knew it was coming, right? I’ve finished my major goals for the first half of the year and apparently I’m feeling blasé about the fact that I have 6 half marathons in 6 days in 6 states in September. Eh, what’s another state when I’ve already done 5 in 5 two times? Ahem.

I’m joining Amanda from Running with Spoons again for some thinking out loud. I apologize in advance for the minimal pictures and maximum stream of consciousness.

So, if you are my friend on Facebook or like my Facebook page, you’ve heard whispers of a potential new goal. Yes, the word “Ultra” has been thrown around a few times.

No, I’m not looking at some crazy treks through the mountains with killer elevation. Nope, I can’t even tell you how many things are wrong with THAT concept (roots, darkness, bears, elevation, etc.) Instead, I’m starting to look around for a TIMED ultra or loops of a reasonable length and difficulty. Something like this: 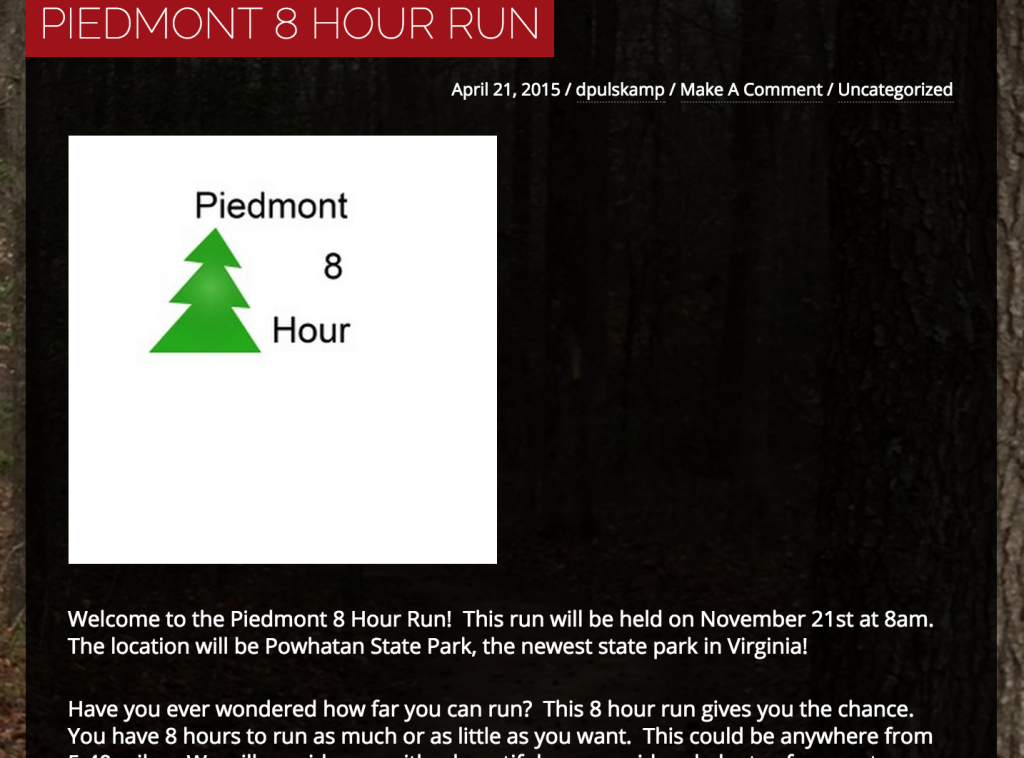 Meanwhile, back at the ranch…

My closet had a “come to Jesus” chat with me the other day. As in, I nearly emptied the darn thing looking for clothes that actually fit well. Ugh. Apparently running long and slow means my body gets really good at hanging on to every.single.calorie. So, while an ultra is in the future (really, just a question of when and whether I start small or do my usual “Go Big”, ahem), I have other priorities right now.

1. I need to get back to my usual size. I don’t generally care what the scale says, but I do care that my shorts aren’t fitting. I mean, I love the Happy Girl and have enough to wear a different one every day for more days than I care to admit, but sometimes it’s nice to wear something I wouldn’t run in. Project “Make Shopping Optional” started yesterday with more veggies, less cheese, and some weight lifting in addition to cardio. I’m hoping to #wycwyc my way back into my jeans.

2. Find my speed. I’ve run long and slow for so long that my legs have forgotten  how to turn over. So, until official Marine Corps Marathon Training starts in a few weeks, I’ll be picking up the pace with fartleks and intervals, as well as running every hill in the DC area.

3. Continue to get enough sleep. About a week ago, I started going to bed at 11 pm, even if there was still stuff that “needed” doing. While there have been a few moments of “OMG, I’m so behind”, I’m feeling so much better than I was when an after midnight bedtime was a regular occurrence.

4. Arrive at the start of MCM training ready and raring to go (and with a plan that incorporates the 6 half marathons and Ragnar DC).

Want to join me at the Fit Foodie 5K, where I’ll be attempting to run my fastest 5k in a few years? I’m giving away two sets of two tickets!