You are here: Home / running / Tips for preparing for running Ragnar on an ultra team

Last weekend I ran Ragnar PA on an ultra team. Generally speaking, an ultra team has 6 members and one van, as opposed to 12 members and two vans. This means that you are running twice as many miles and have no time as the “inactive van.” As you might guess, this makes it an entirely different experience. To be honest, I loved it! I don’t think I’ll ever go back to a regular team.

Before you can even prepare though, your team has to decide if everyone will be doing 6 runs or 3 LONG runs. While I can’t say this would be the case for every location, for Pennsylvania (and DC) doing 3 long runs means you could very well be doing a half marathon or longer in the middle of the night and then be doing the same at noon. No thank you! I’d much rather run 6 shorter distances, as I find that’s easier on my body. It also made the mileage much closer to even for all of the runners. 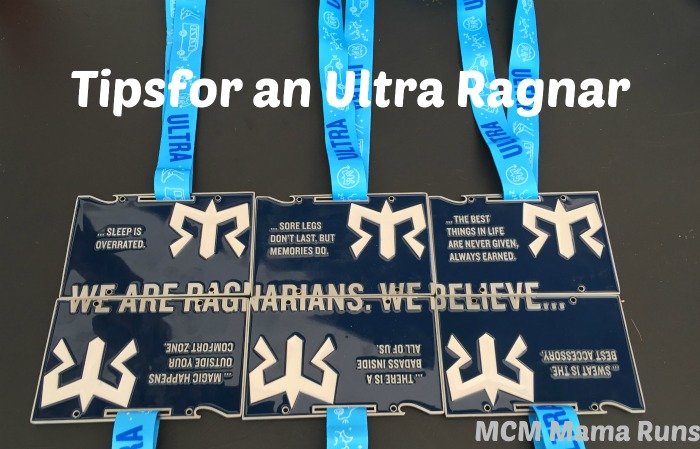 In the past, I’ve relied on stopping at least once or twice for a cooked meal or a substantial sandwich. This was not as easy an option because we never had more than two hours between drop off and pick up. We did manage to stop once at a Wawa, so I bought a huge sub and made that into two meals.

I packed 6 running outfits plus shorts, sweatpants, a t-shirt, a sweat shirt, toiletries for showering…  I used my 6 running outfits, my sweats (over a running outfit) and my sweatshirt. It pretty much went like this: run, cool off while we drove to the next exchange, find a place to change, wipe down with a shower pill, and put on the next set of running clothes. Repeat as needed.

If you have a team that likes to sleep, this is essential. The recommended order I was given was that the runner who just finished drives, while the runner who is up next navigates. We tried to do that, but we had some rough runs with the heat, so sometimes the runner just needed to hydrate before driving. We also had people who don’t sleep much and people who like to drive. Somehow I ended up never driving LOL. I did navigate a fair amount though.

Shower Pills (or some other type wipe), Febreze, and deodorant should be brought in bulk.

There is no time for a shower in an ultra Ragnar and you are getting sweaty 6 times. Trust me when I say that you may reach a point where you can’t even stand to be near yourself if you aren’t careful. Also? Bring towels to protect the van from your grossness.

Get the bigger van.

I know. I’ve always professed my love for the minivan as a Ragnar vehicle. After all, it’s easier to park and drive and usually cheaper. But when you have an ultra team, you want at least a 12 passenger van. This allows for the three non-active people to actually stretch out and sleep. I think there was even one short period where a 15 passenger van would have been nice. Also, you have the same number of people as a normal team van, but you have close to twice the stuff with the extra food and running clothes. 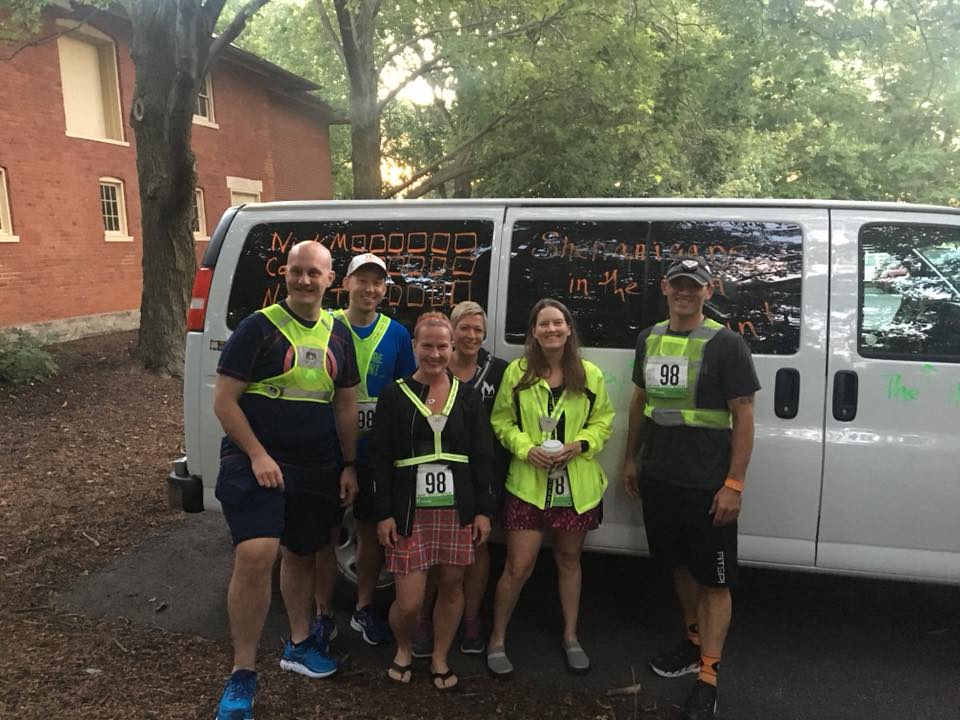 I’m not actually surprised that I love running Ragnar as an ultra. The downtime while the other van is running has always been my least favorite part. Thanks to a couple of late night long runs for the runner before me, I actually got as much sleep (about an hour) as I’ve ever gotten in a Ragnar. And running 30 miles broken into 6 parts was amazingly easier than running a marathon!

I’m joining Running on Happy and Fairytales and Fitness for the Friday Five 2.0 linkup.