You are here: Home / running / Tips for racing in all 50 states

It’s been a busy week here in the MCM Mama household. Both boys went back to school this week, soccer games start this coming weekend, and we are a week away from running Ragnar DC. To say I’m a bit frazzled is putting it mildly. To add to the fun, Virginia is pretending it’s July again. My Thursday run involved high 80s and 80% humidity. As you might guess if you’ve been reading here for a while, I ran closer to 6 miles than to the planned 12. At this rate, I’m going to be running MCM without running anything longer than a half marathon. But I’m going to keep my head in the sand on that and focus on what really interests me: racing around the US. I love traveling and there’s so much to see in America, so I’ve been enjoying the adventure so far. And I’ve even learned a few things that I can share with you today… 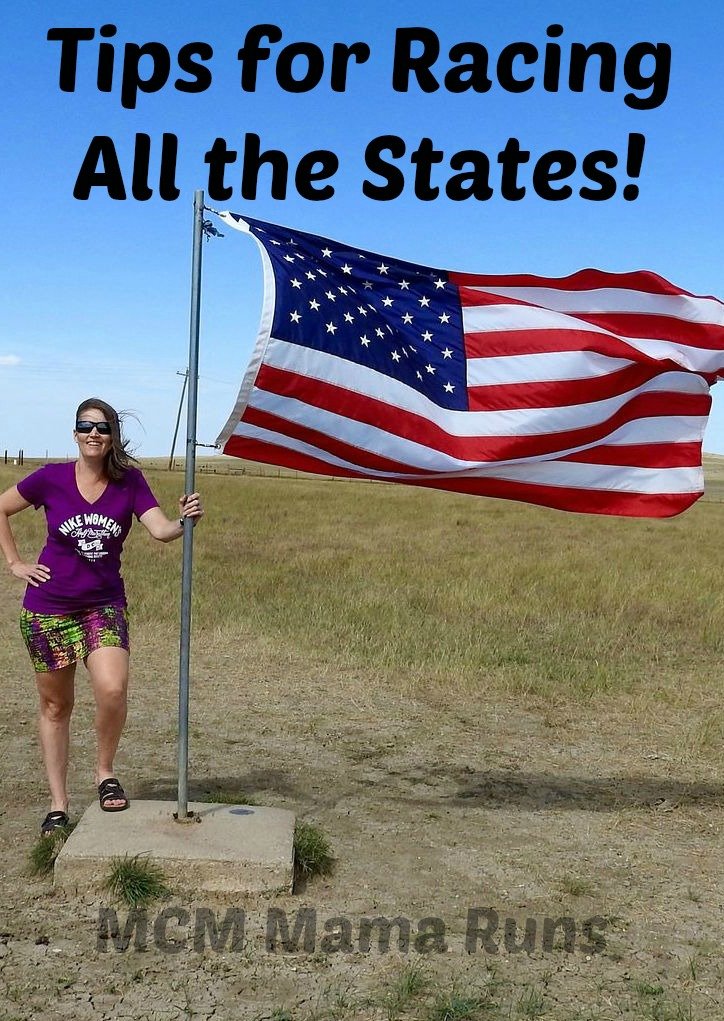 Do you have a goal to race the states? What wisdom can you share?

I’m linking up with Courtney, Mar, and Cynthia for Friday Five. Today’s topic is “Fitness”.