You are here: Home / running / The weekend I ran all the miles 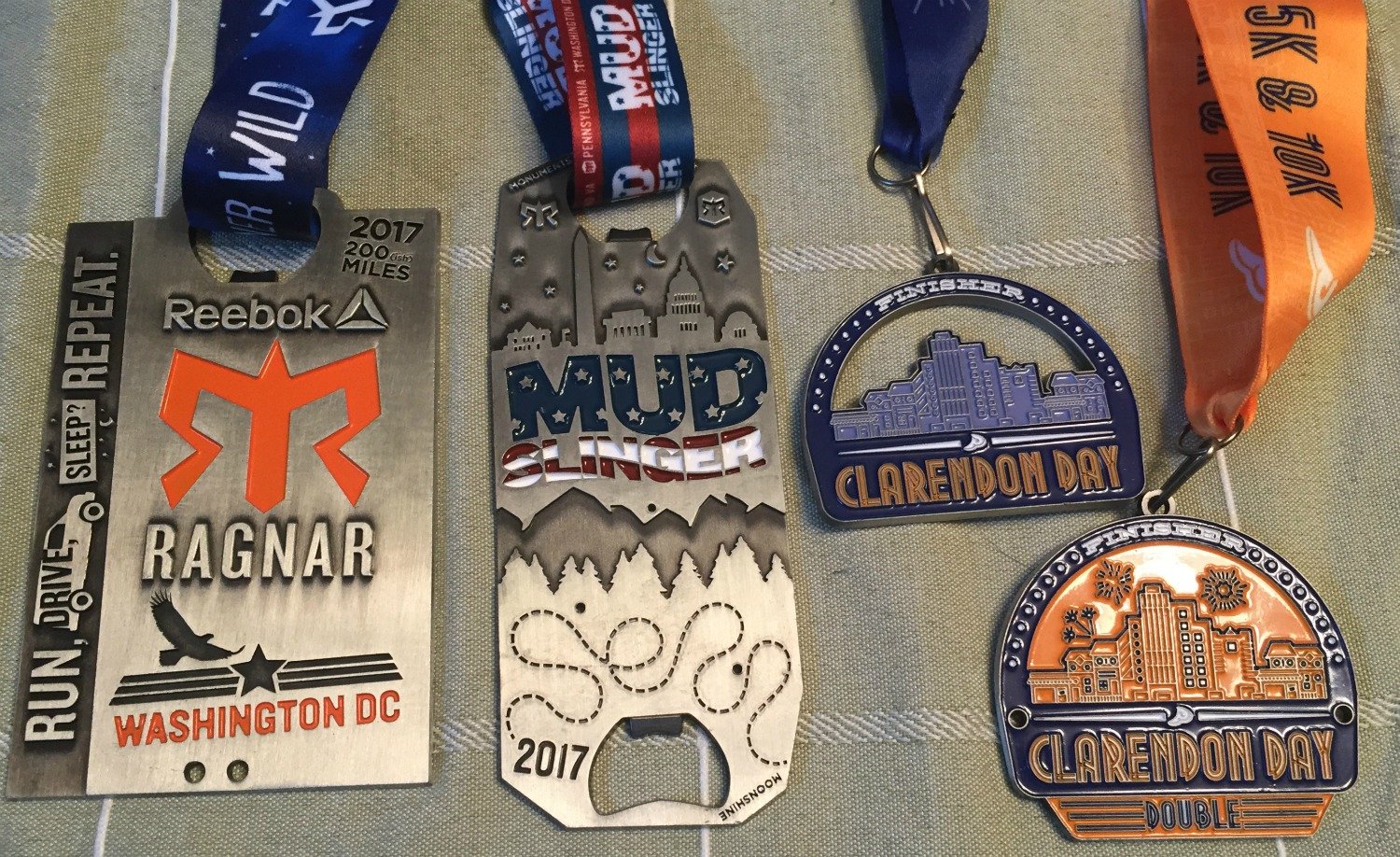 Back in December, Pacers Running offered an amazing discount if you signed up for 5 races at once. Since they are my local running store and race company, I often run their races. I decided to make the GW Parkway 10 miler my spring goal race and chose 4 other races to run. One of those four was the Clarendon Day Double – a 5k + a 10k with a mile uphill walk in between.

Flash forward to September. I realized a couple of weeks ago that Clarendon Day fell on the Sunday after Ragnar DC. Oops? So, I had a lot on my plate for the weekend.

I’ll do a full Ragnar DC recap in a few days, but short story – I had a fabulous time, I rocked all of my runs, and I can’t wait to do another Ragnar.

When we got done with Ragnar, two of my teammates came back to my house for the night – both because they live out of town and because I’d convinced them to join me in my craziness. We all hit the sack super early on Saturday, so we’d be ready for the challenge on Sunday. Luckily the race is walking distance from my house and doesn’t start until 8am, so we actually got a lot of sleep. 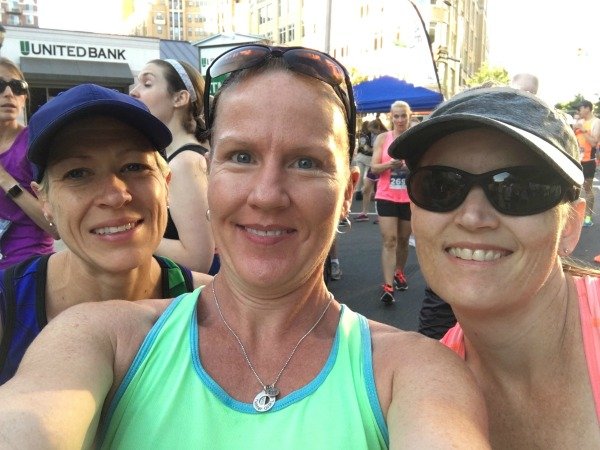 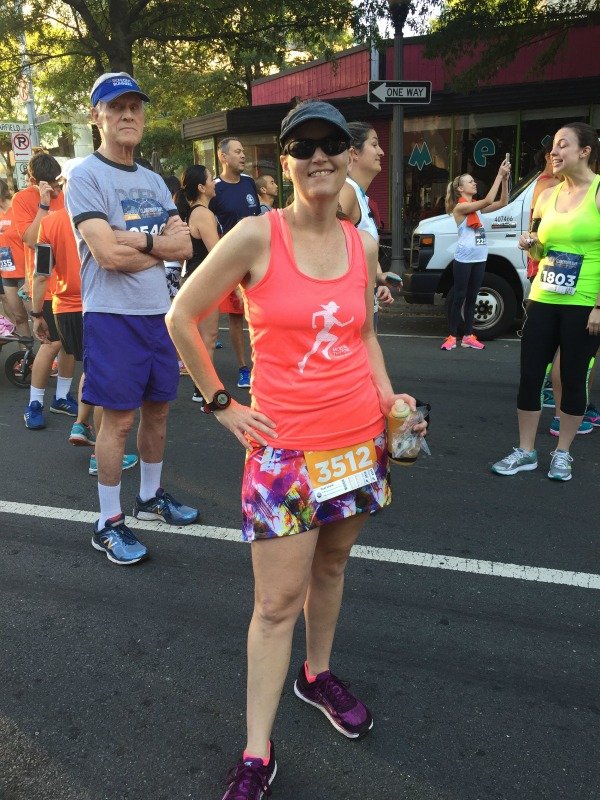 Knowing I’d run Ragnar and that I had a 10k after, I tried to hold back on the 5k. But I felt really good and this race has some major downhills in the first 1.5 miles, so I ended up finishing in a blazing (for me) 28:22. (Beer Geek had rocked out a 20:40 and was waiting to take my picture at the end.) 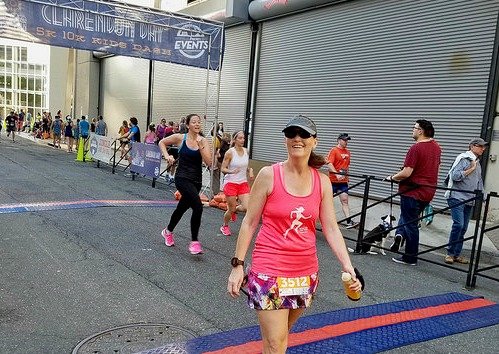 Then the four of us walked up the steep hill back to the start line and one friend and I decided to go ahead and do the 10k. (We had both wanted to see how the 5k went.) 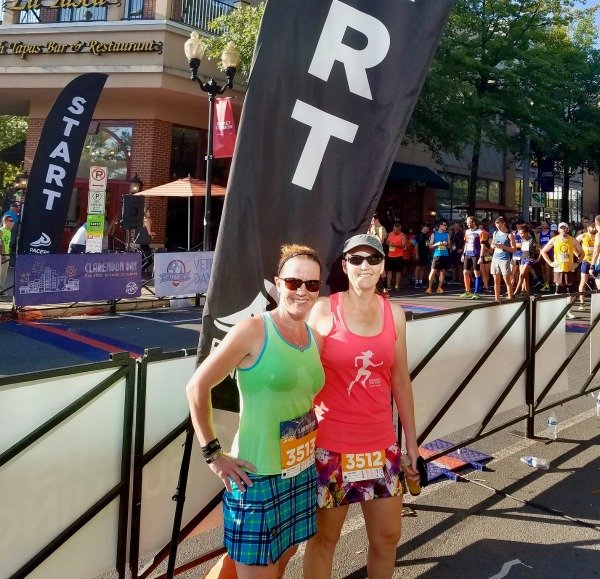 By the time the 10k started, temps had increased and most of the course was sunny. I played a LOT of mind games during this race. I just kept talking myself into running further and faster. In the end, I managed to run everything but the water stops and came in at a surprising 1:01:27.

Boom! Long run done (although certainly not at my normal long run pace.) 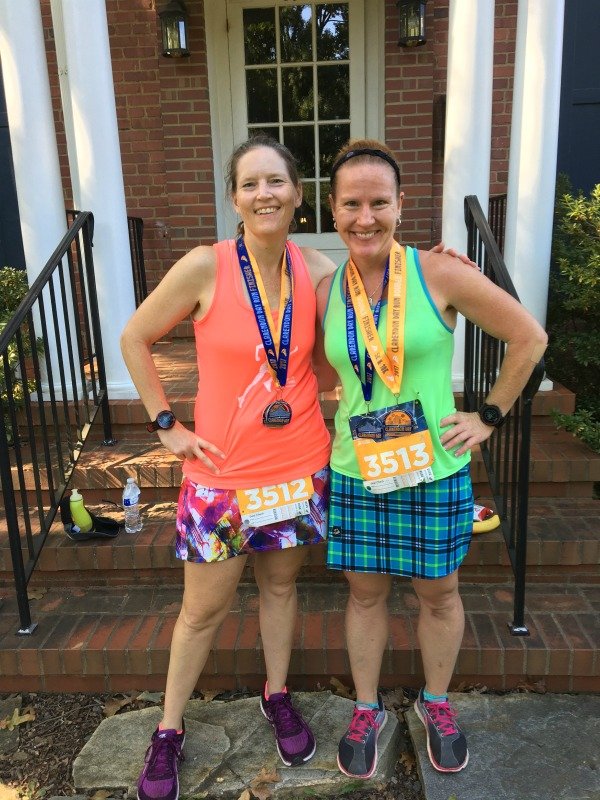 T and I had a nice walk home and the my friends headed out. I’m psyched that they’ll both be back to stay with me for Marine Corps!

The rest of my day involved watching my son play a crazy hot soccer game, sitting on the couch eating the junk food I didn’t eat during Ragnar, and washing the smelliest load of laundry I’ve dealt with in a while (in a household with two teen boys and 3 athletes, it takes a lot for a load to be the “smelliest.” Oy.)

Tomorrow, it’s back on the training plan with my highest mileage week in the Hansons plan – 57 miles. And then it’s Taper Time!

Join us tomorrow for Tuesdays on the Run where we rate our running month. How has yours gone? Tell us and link up!

I’m linking up with HoHo and MissSippiPiddlin for the Weekly Wrap.