This is always my favorite What I ate Wednesday to write.  I need to do it more than once a year LOL.

So, the weekend before I started the 21 day reset, I went out with a bang.  We hosted our auction dinner that we had donated to S’ school auction.  Each year, we auction off a four course beer and food pairing dinner to the three highest bidding couples.  I like to use mostly local beers and was able to keep it to Maryland, Virginia, and DC this year.  It was a warm weekend, so I made some menu choices based on not wanting to heat up my kitchen (AKA I bought the cake and put the beef in a crockpot.) 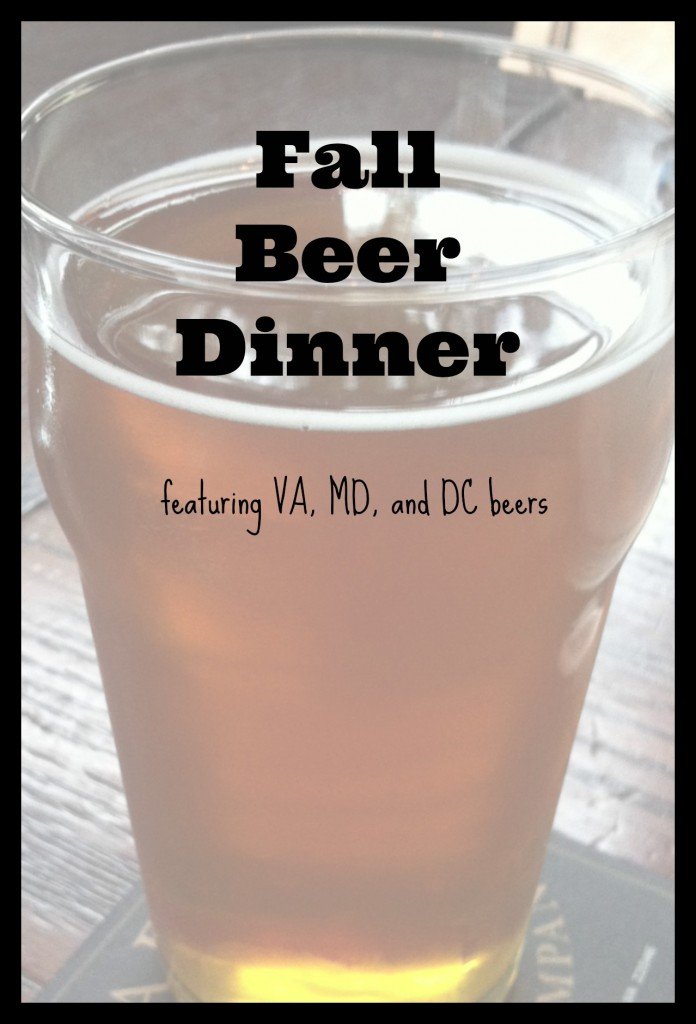 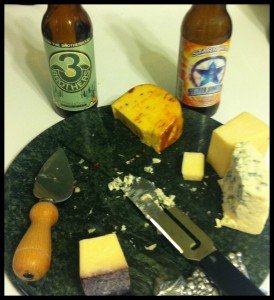 I almost always start with beer and cheese.  I’ve found that pale ales and IPAs go best with cheese.  This year we paired four cheeses with two beers:  Sartori Bellavitano Gold, Sartori Rosemary and Olive Oil Asiago, Boar’s Head Chipotle Gouda, and Castello blue cheese paired with Starr Hill Soul Shine and 3 Brothers Hoptimization IPA.  They were all really good, but the Bellavitano and the Starr Hill Soul Shine  were amazing together. 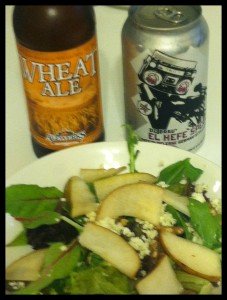 I LOVE this salad dressing.  LOVE it.  I enjoy the leftover dressing for days afterward.  I really need to make it just for me sometimes.  We paired this salad with the Williamburg Alewerks wheat bear and the DC Brau El Hefe hefeweizen.  I used the Williamsburg beer in the salad dressing, so it paired particularly well, but I also like the El Hefe with it. 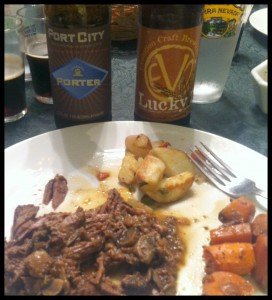 I’ve made this with brisket before and it was fabulous.  This year I had a bunch of meat in the freezer from the eighth of grass fed steer that we buy each year, so I made do with what I had.  It wasn’t as fatty as brisket and ended up drying out a bit.  I spent an entire day cooking it while working in the dining room.  My house was sooo hot!  For the dinner, I put in the crockpot to heat up.  This helped me in two ways: my kitchen wasn’t sauna hot and it kept all of the liquid in and helped the meat not be quite so dry.  I make this with the Port City Porter, which I think is one of the most perfect examples of a porter.  It’s a great beer to drink and it goes really well with the recipe.  This year the second beer was Lucky 7 porter from EVO.  It was just as popular as the Port City at dinner.

Course 4: Cake with a wee heavy and a fruit beer 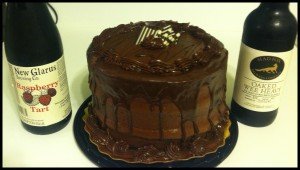 I usually make a chocolate cake with stout as an ingredient, but it was just too hot and I didn’t have time to get it done a few days early.  So, I bought a cake at Safeway and it was actually really really good.  We paired it with Mad Fox’s Wee Heavy that had been barrel aged in bourbon barrels.  (Yes, I actually shared one of my favorite beers.  I love it so much I actually helped brew it once LOL).  The other beer was the New Glarus Raspberry Tart.  This beer is only available in Wisconsin, so I had to have my parents drive a bunch out one time.  Both beers were awesome with the dessert and brought out different flavors.

Extra:  After the dinner, people hung out for a while, so we brought out a few more beers.  The star of the party? 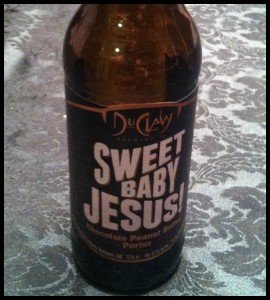 Sweet Baby Jesus, the beer I first discovered at ZOOMA Annapolis last year. Everyone was kind of freaked out by what they were calling the “peanut butter cup” beer, but everyone agreed it was awesome.

Have you ever been to a beer pairing dinner?  Tell me some interesting combos you’ve had.  I’m always looking for new ideas!