Today’s topic for Tuesdays on the Run is “Spring Break running”. In theory, I will be running the Marine Corps 17.75, but I’d be lying if I said I was excited about it. Don’t get me wrong, I like this course and I want my Golden Ticket, but I’m highly undertrained at this point. My longest run in months was 8 miles several weeks ago. I’ve apparently lost my run motivation and I’m not signed up for nearly enough races to get trained. I may have to do something about that. Meanwhile, enjoy my race weekend report from the ZOOMA Texas race. 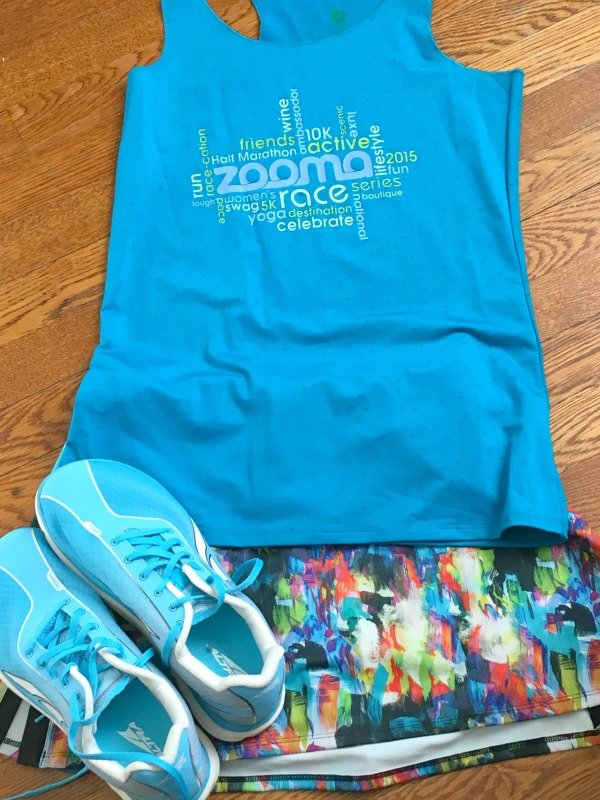 Temp: too warm and humid for March
What I wore:hat, tank top, a Skirt Sports Gym Girl Ultra, and Altra One 2.5.

I was on the race staff for this race, which meant I had a whole lot of work to do before I actually got to run. I arrived in Austin late on Thursday evening and got picked up by the race director. We headed to the hotel, where I promptly shed the boots and tights I had on with my Skirt Sports skirt and put on sandals. The weather was perfect that evening, but rumor had it that it would be warm (too warm) on Saturday for the race. After a few hours of prepping Beautycounter samples for our ambassadors, I headed to bed way too late. (Just in case anyone is interested, I’m now a consultant, so ping me if you have any questions about their products.) 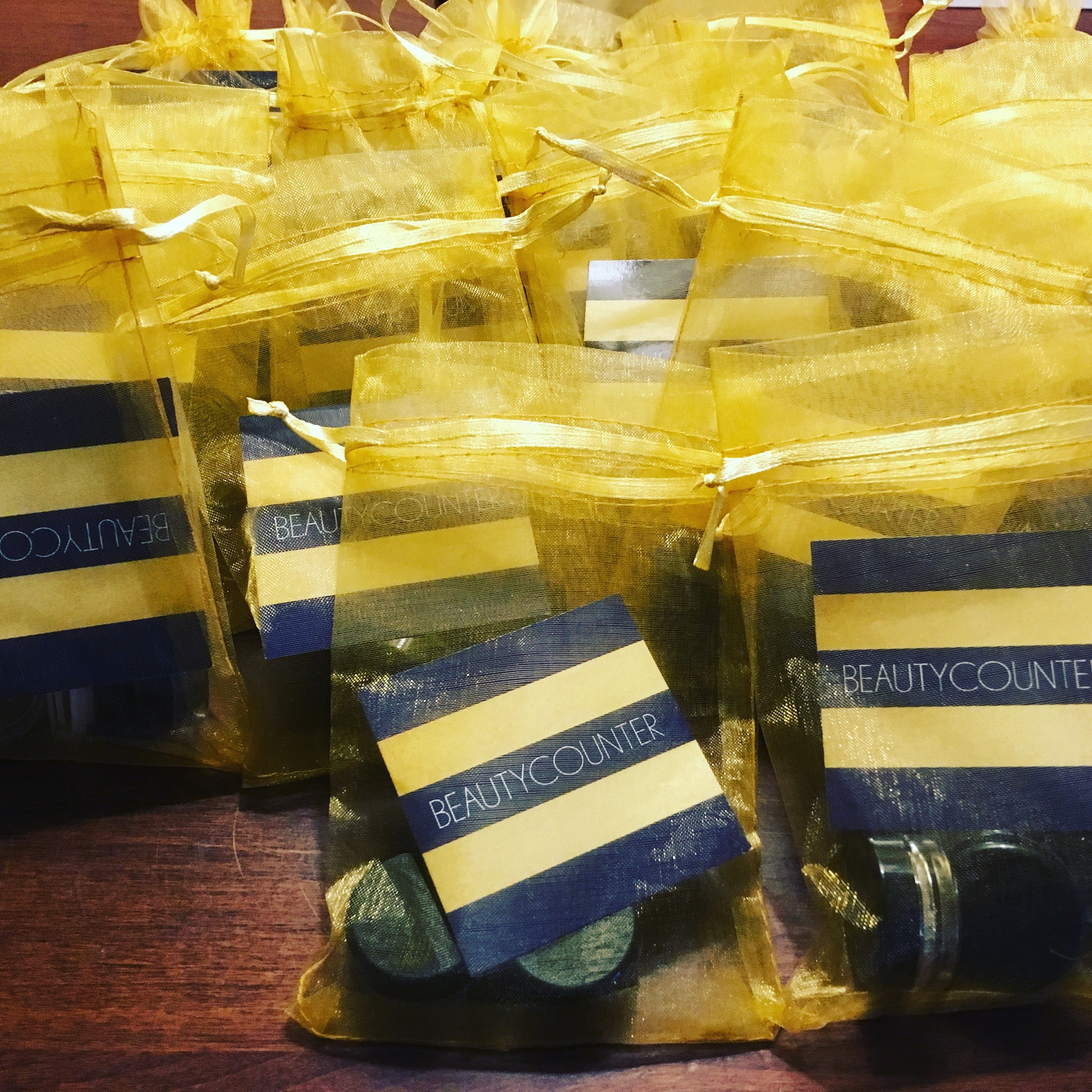 Friday started bright and early with a team meeting at 7:30am, followed by discussions with Hyatt staff and a walk to both the start and finish lines. Along the way, I got assigned the duties of helping keep the race course clear in the morning (the 5k and the half marathon/10K started in opposite directions), as well as being the last starter for the 10K. 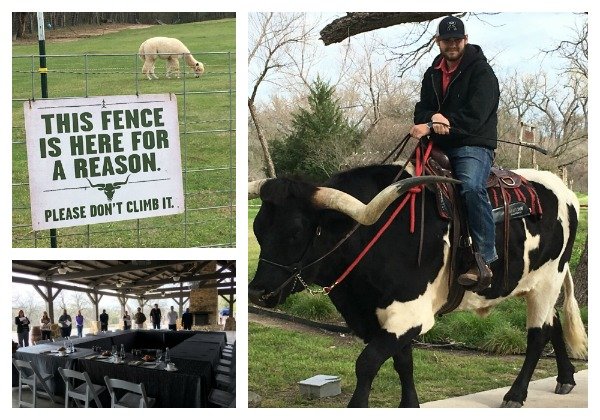 Next up was the mad rush to get ready for the Expo. I finished up the gift bags for our ambassadors and then transported them all to the Expo room. Our prep room was about as far from the ballroom as possible, so I got an amazing workout going between the two locations all day long. My iPhone says I walked 8 miles! I spent the rest of the day selling ZOOMA merchandise, solving vendor issues, meeting the ambassadors, and generally helping with whatever was needed. It was a total blast, but I was on my feet for at least 15 hours. Thankfully, one of the race options was a pasta party, so I had a nice pre-race meal. And let me tell you, I needed it! I finally hit the bed somewhere around midnight. 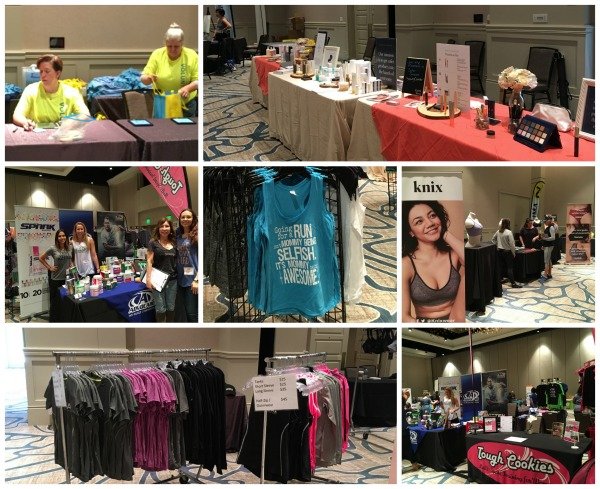 Saturday morning, I woke up at 3:30am and got ready for the race. 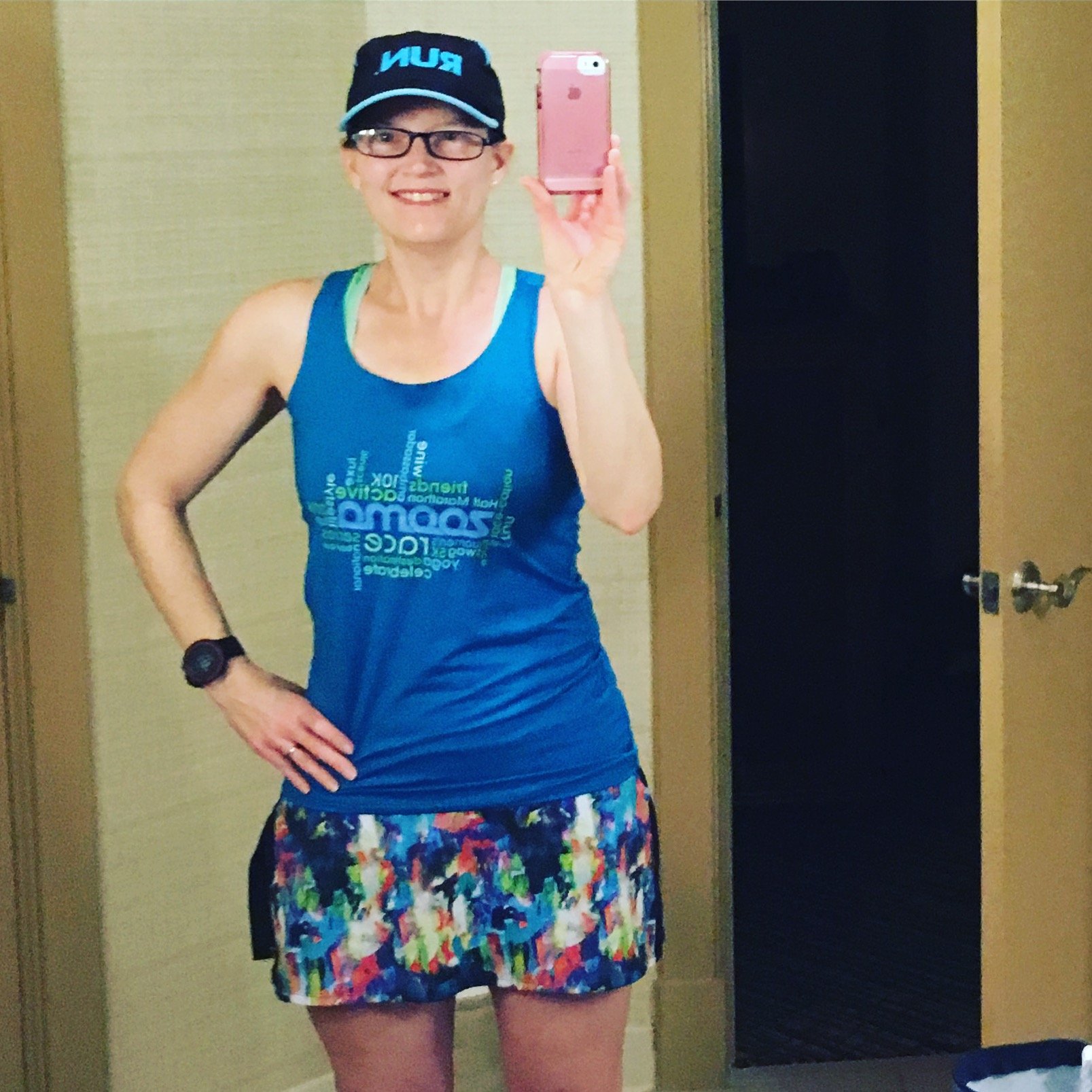 Then I spent the next 3.5 hours helping vendors get moved from one location to another, answering runner questions, organizing the ambassadors for a photo, and helping to get the races off to a successful start. 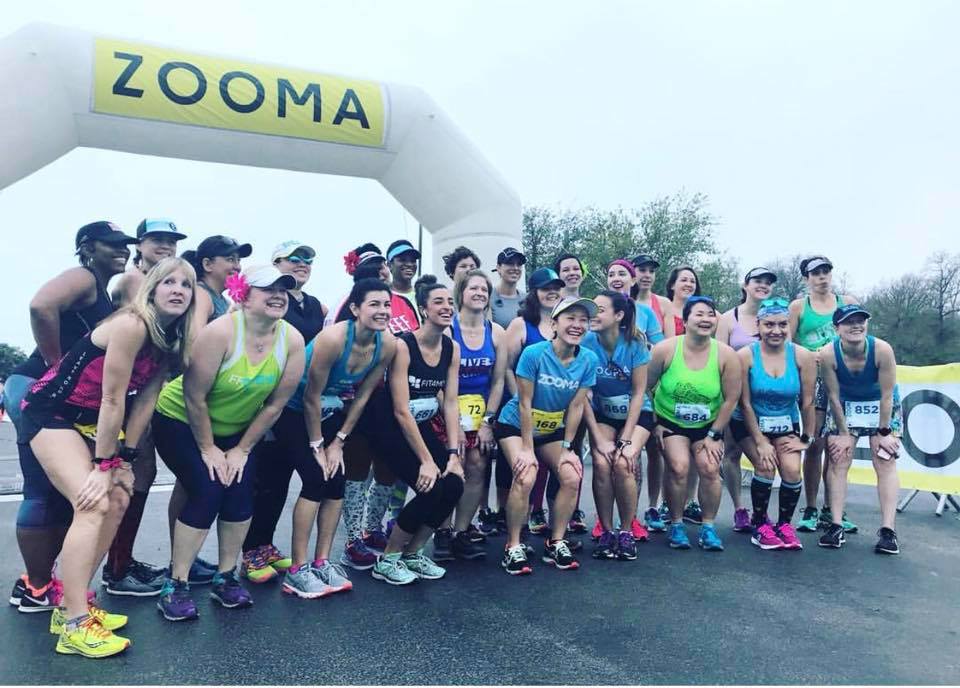 Finally, it was time to run. To say I was thankful for all of my training on tired legs would be an understatement. 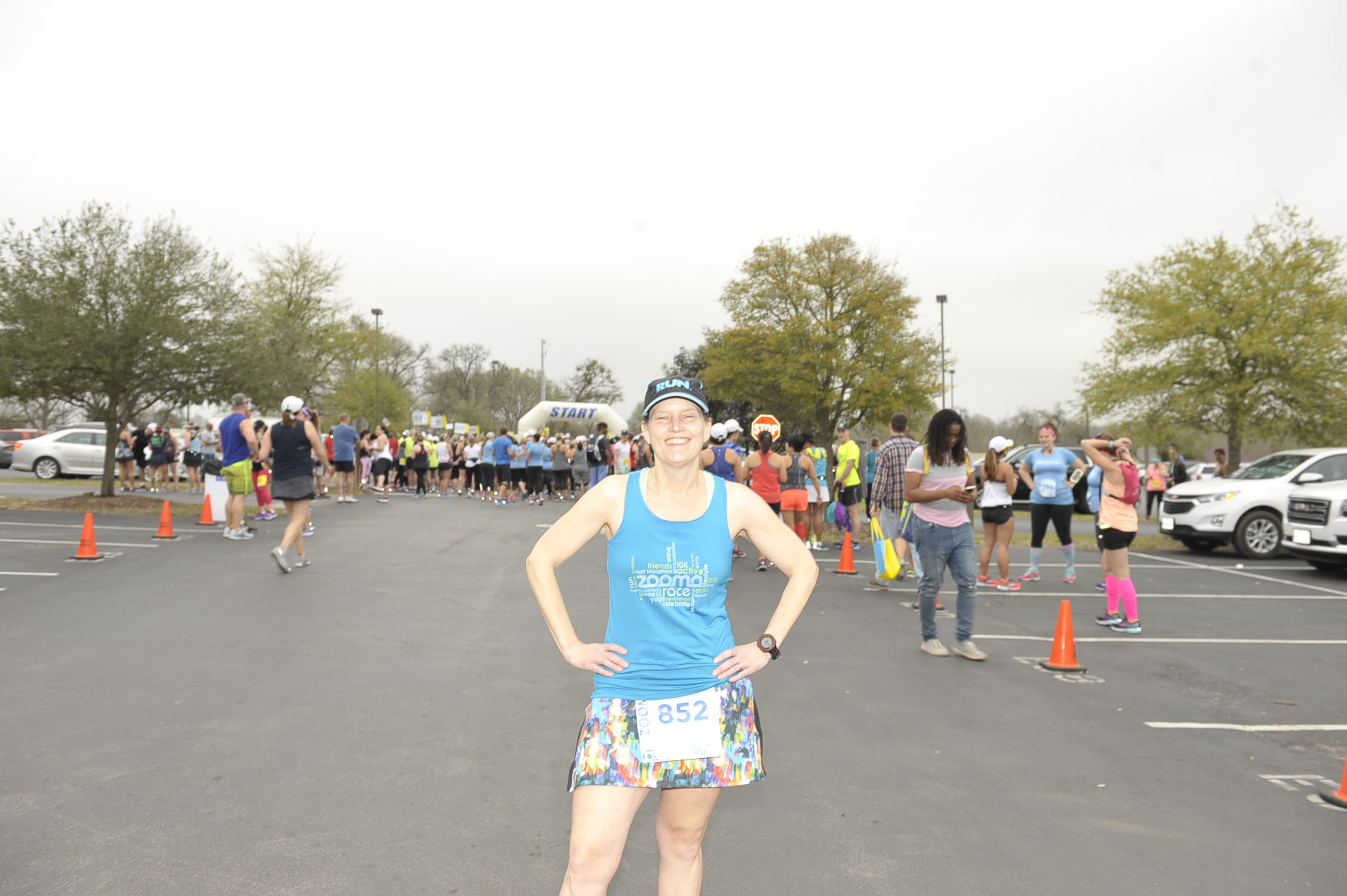 The first three miles of the course were challenging. It was warm and crazy humid and the hills were no joke. (We were in Texas Hill Country afterall.) I did manage to run every single hill though. Around mile 3, we turned onto the golf course. I loved that part of the course. It was gently rolling hills and you could see other runners all around you. I ran into a couple of ambassadors and we chatted for the last two miles of my race (they kept going to do the half marathon.) I’ve never been so happy to “just” do a 10K! 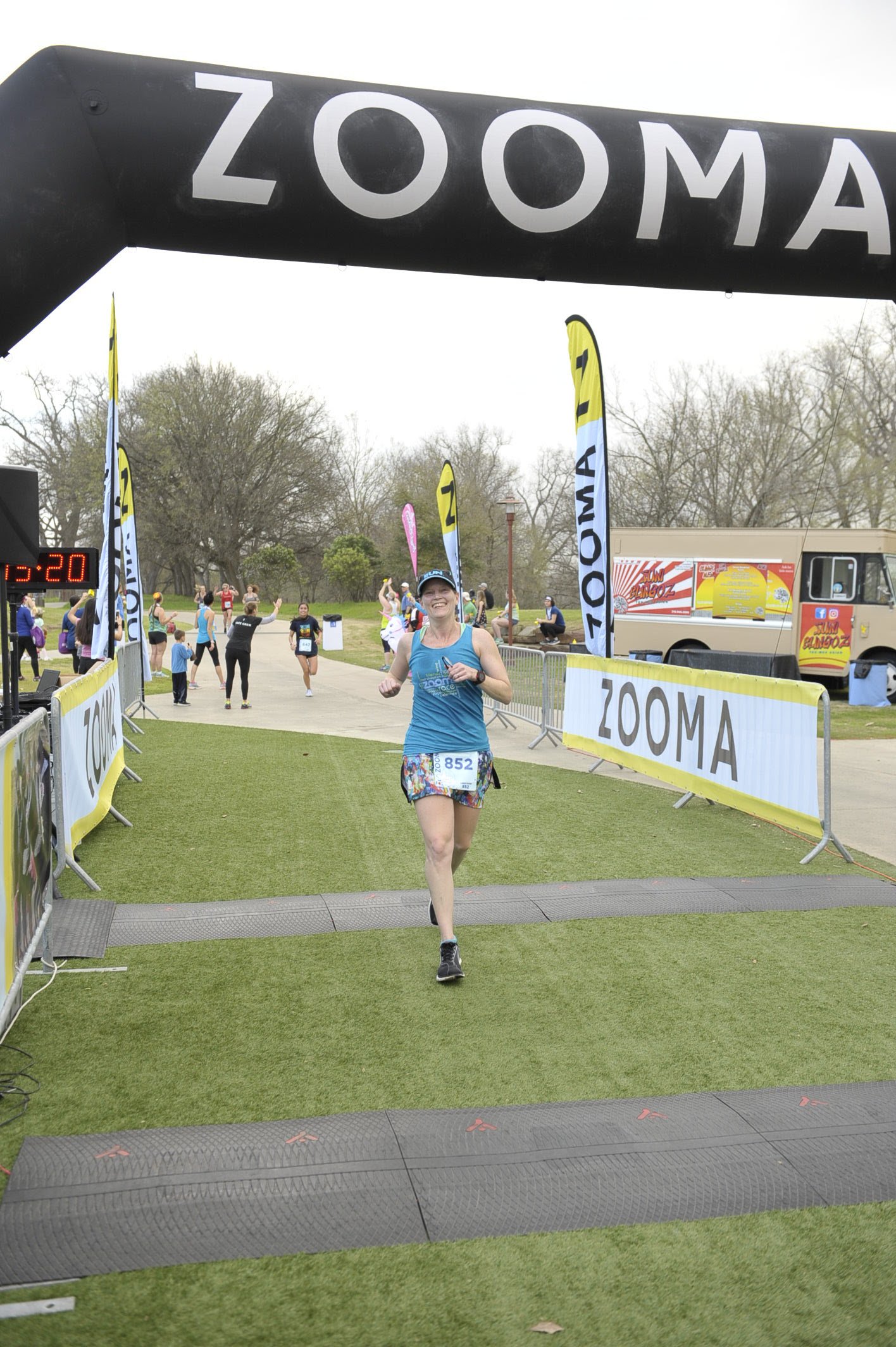 I managed a sprint through the finish line and then kept going straight to my hotel room. After a quick shower and packing, I headed back to the party, where I worked the merchandise booth for another couple of hours before catching a cab to the airport.

All in all, it was an amazing weekend. Clearly this is a career field I should have been in long ago. I can’t wait to do it again at the ZOOMA races in the fall! (Speaking of, we are still taking ambassador applications for the next week or so…)

Absolutely. I had an awesome weekend and while there are definitely improvements to be made, this race was really well organized and I enjoyed the course. I doubt I’ll ever do the half as if I’m there, it’s because I’m working, but I don’t have a problem with double loops. I’ve done plenty of races like that. I know I’m a bit biased as race staff, but I feel like ZOOMA put on a pretty darn good race. 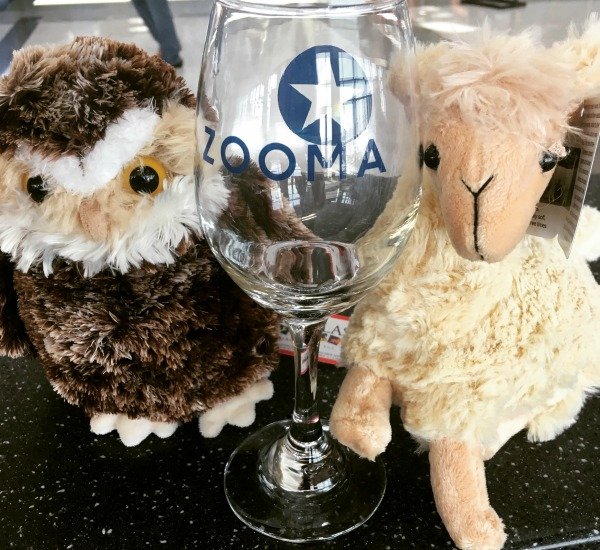