I love this post each year and write it totally for myself. I hope you enjoy it as much as I do, but I really write it because it’s like sitting down with a virtual scrapbook and looking back at my year. While there were some not so great things about 2016, I was lucky once again to have an awesome running year. 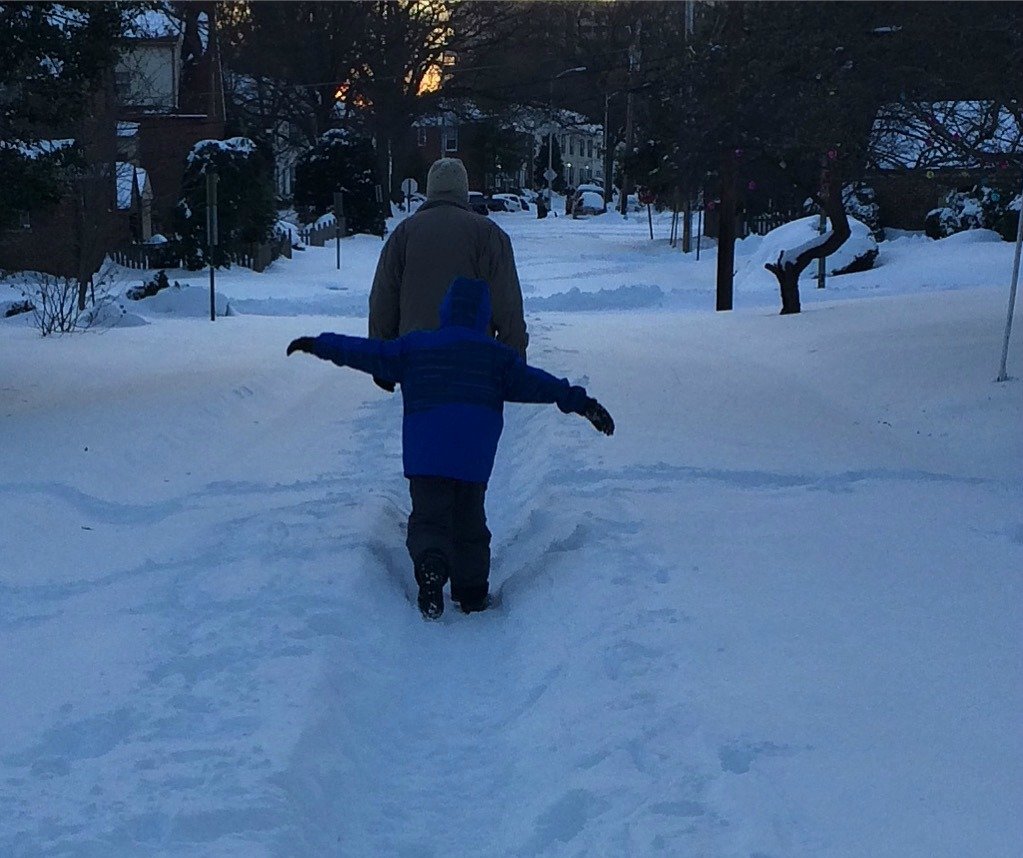 January started quietly. It was a low mileage month, but sometimes you need a month like that. I realized I was in the 5th stage of running like a mother and oh, what a blessing to arrive there. Winter came to Virginia, first with an inch or so of snow that caused horrendous traffic issues (took us 2 hours to drive 5 miles), and then with a record 23 inches of snow. 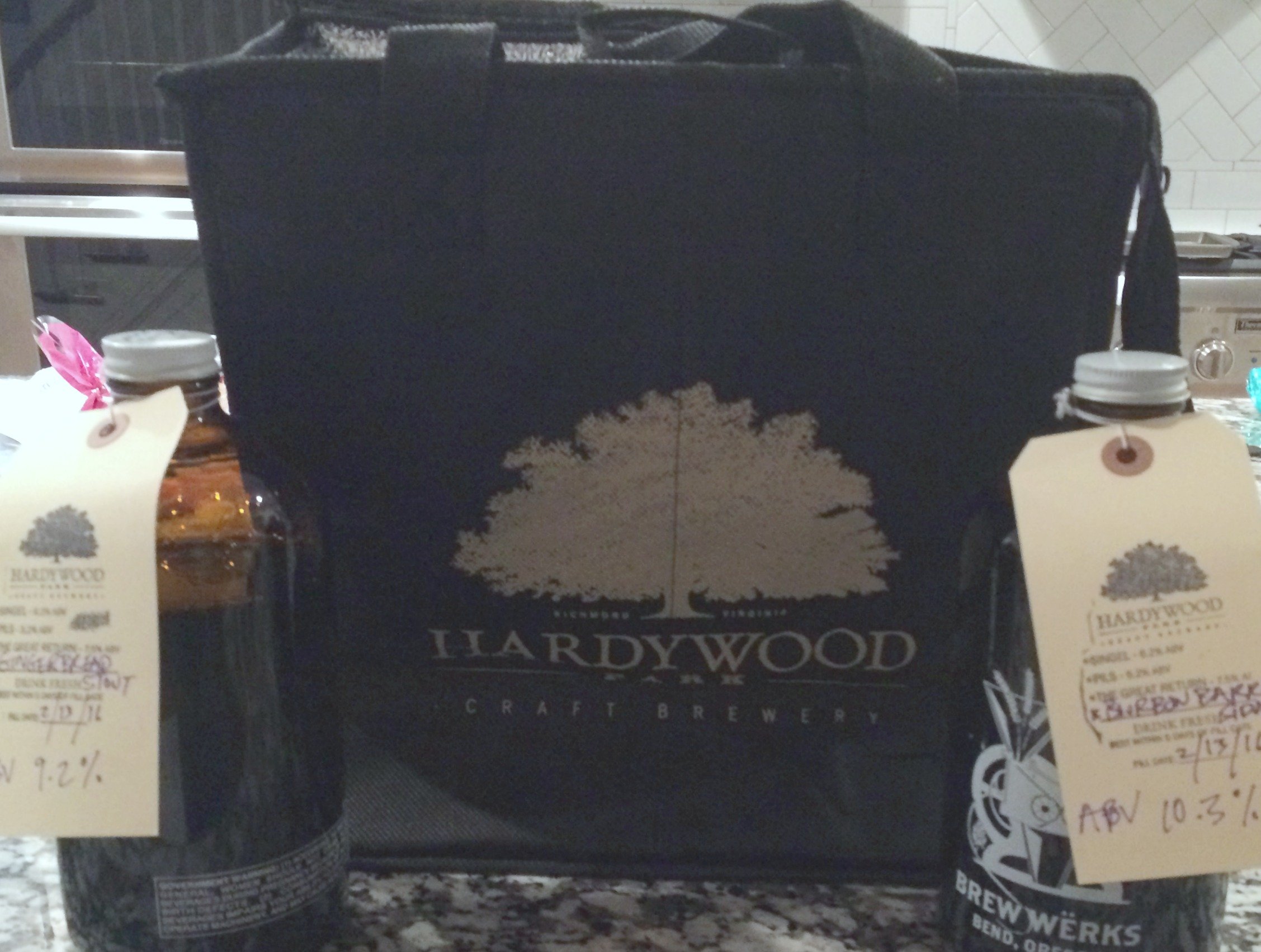 February started off a bit rough with kids still home from school, thanks to the massive snow. Boredom caused me to begin to think of my race plans for the year and brought on the brilliant idea of 23 half marathons in 23 states in 365 days. Somehow I signed up for the Marine Corps 17.75K again, not at all planning to run the marathon. For a little fun, we managed to go down to Richmond and check out a bunch of breweries. 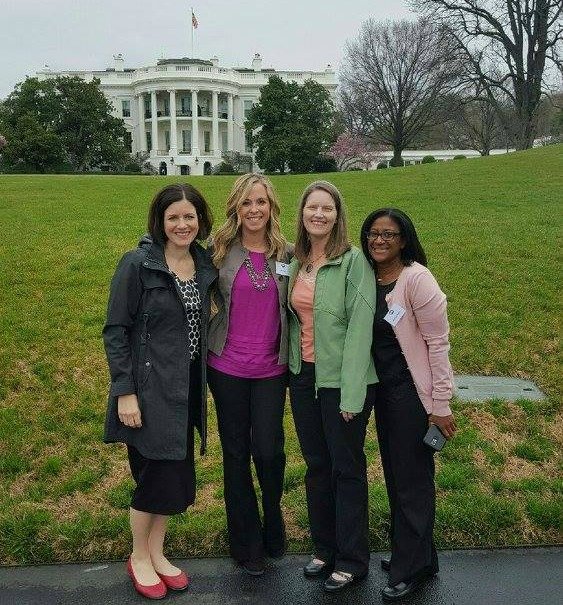 March kicked off with the arrival of my much anticipated NordicTrack treadmill. Then I ran the RNR DC Half Marathon and the UC Half Marathon in West Virginia. I also got to go on a private tour of the Capitol Building and attend Michelle Obama’s Let’s Move event at the White House. 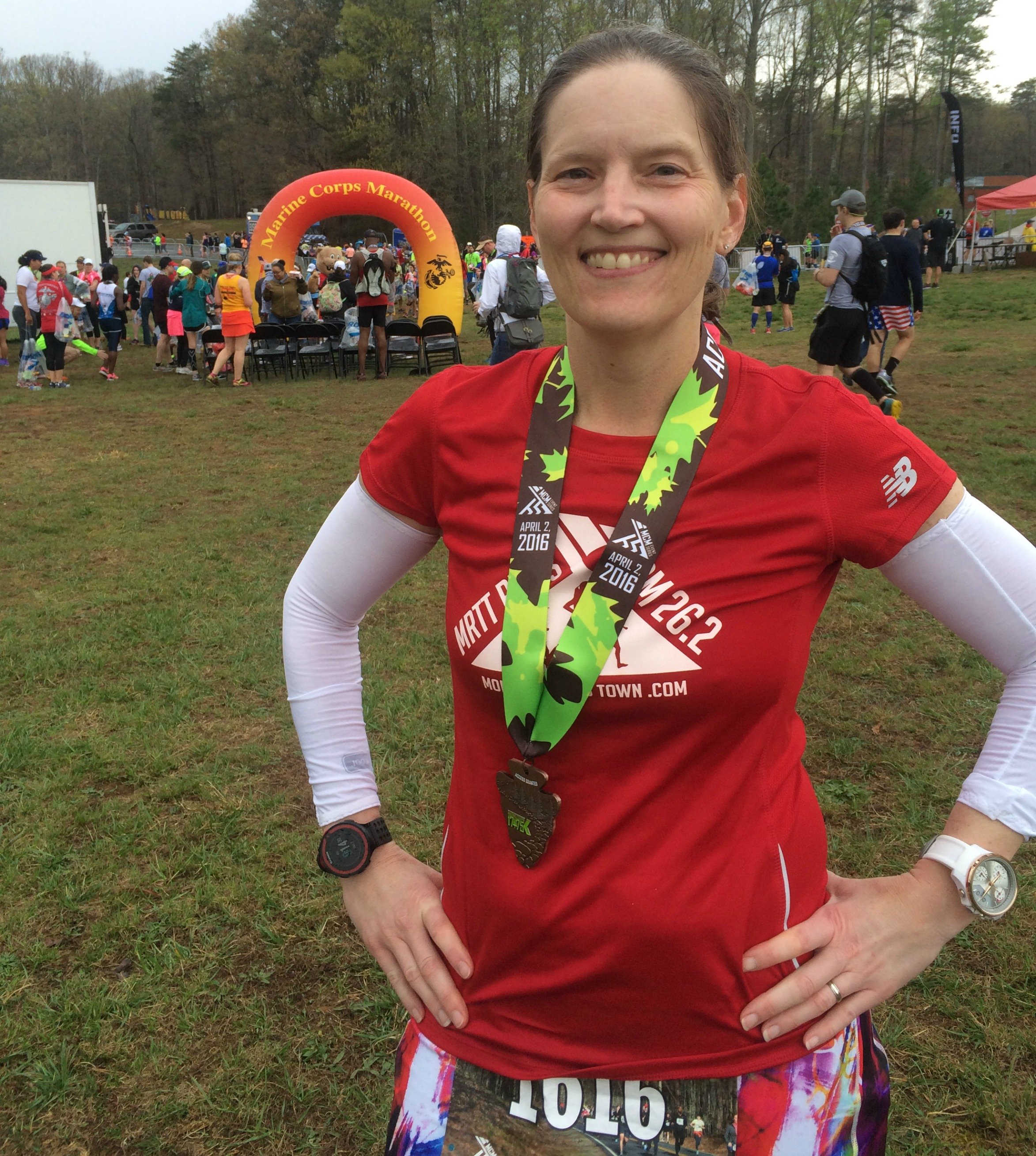 April was a busy running month. It started with the Marine Corps 17.75, continued with the Western Rail Trail Maryland Half Marathon, lifetime half #50 at the Loudoun Half Marathon, and finished with the Coastal Delaware Half Marathon. Somehow I also ended up using the 17.75 code and signed up for MCM again. Oops. 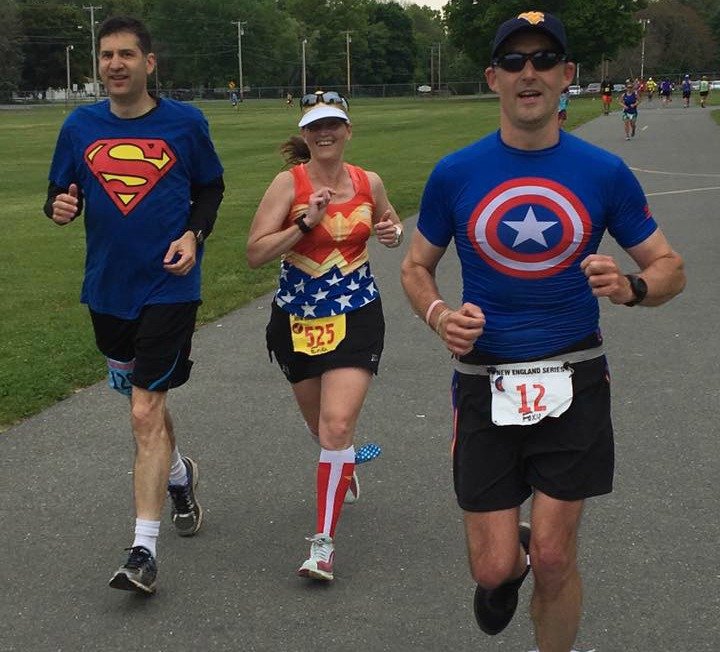 May was epic! I ran half marathons in New Jersey, Maine, New Hampshire, Vermont, Massachusetts, Rhode Island, Connecticut, and New York. It was an epic trip around the NE with Beer Geek and a heck of a lot of miles! I love the Mainly Marathons series and this one included my 25th race with them. 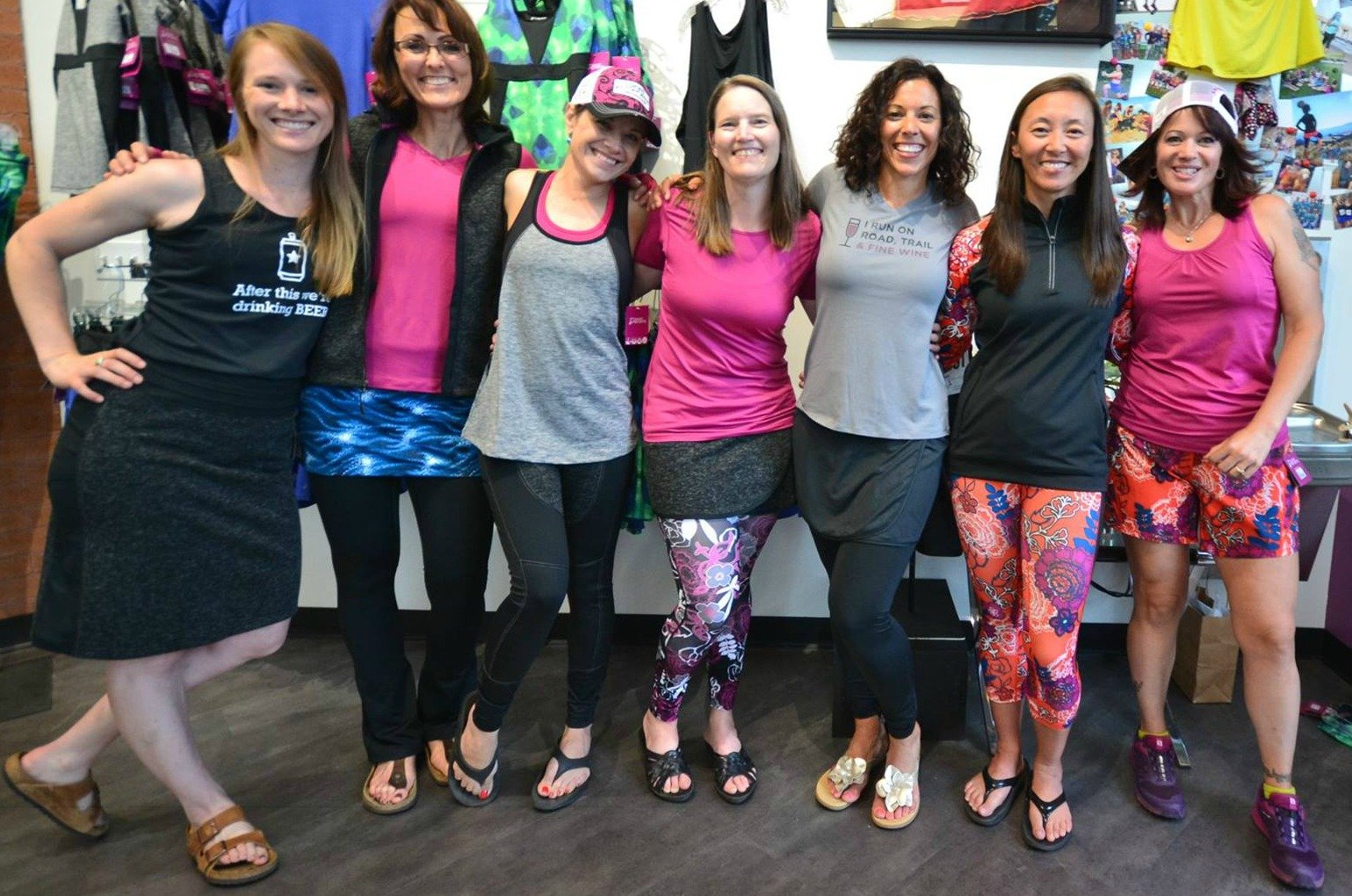 June continued the fun! I ran the ZOOMA Annapolis 10K with all my fellow ambassador friends and I got to head out to Denver to the Skirts Sports 13er and Ambassador weekend. Two weekends surrounded by amazing women! Note that I exhibited amazing self control and ran shorter races because I did not need half marathons in either state LOL. 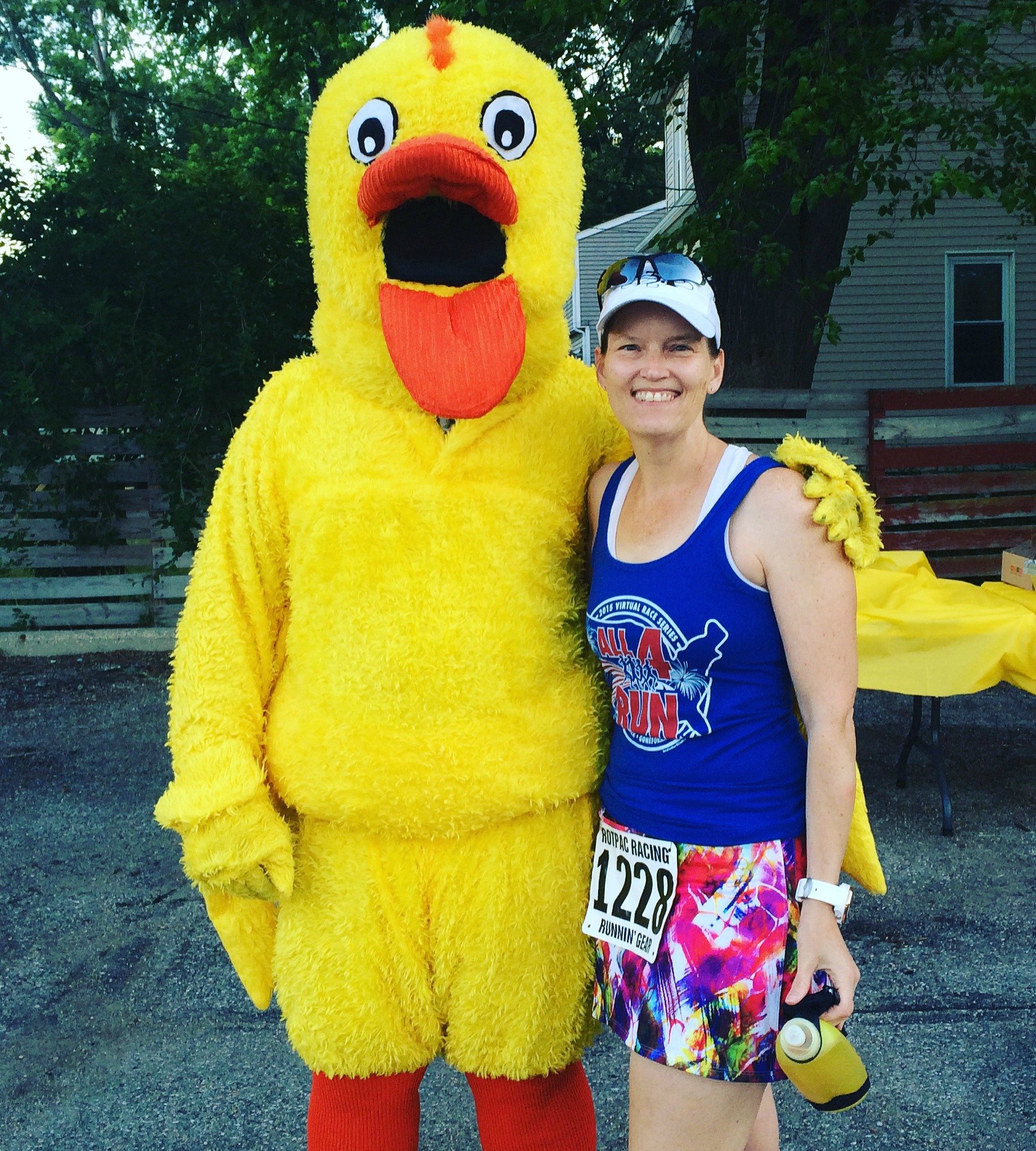 July was family vacation month again this year, so we headed to Grand Rapids, Michigan for the amazing beer and beautiful weather. It was a super fun vacation and I also managed to knock Michigan off my states’ quest with the Hungry Duck Half Marathon. 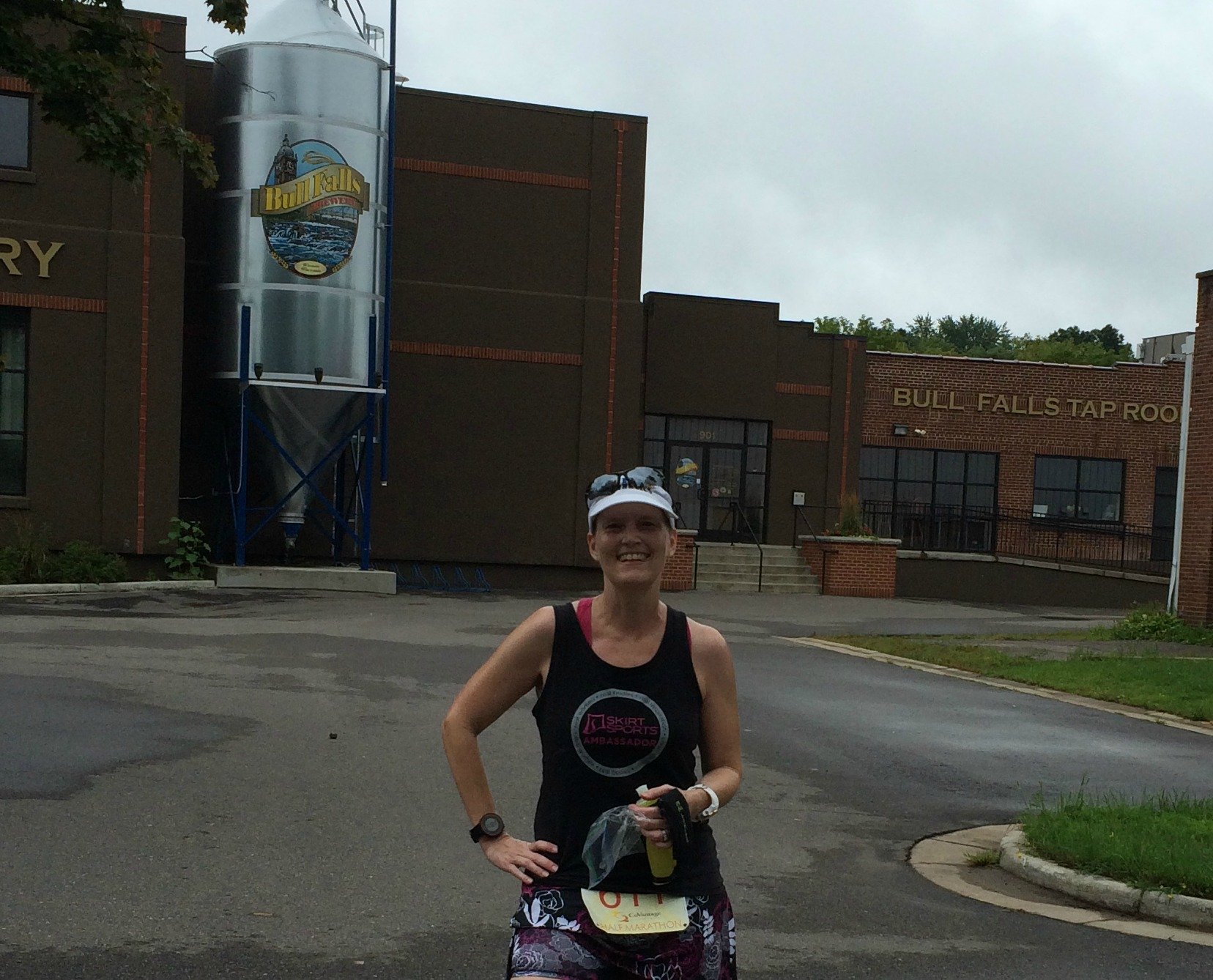 August found me struggling to finish the last states in my quest for Mercury. I ended up running the Wausau Marathon (half) and placing third in my age group. I followed that up with a race the next day in Woodbury, Minnesota. Beer Geek and I also had an amazing time at our favorite beer festival. 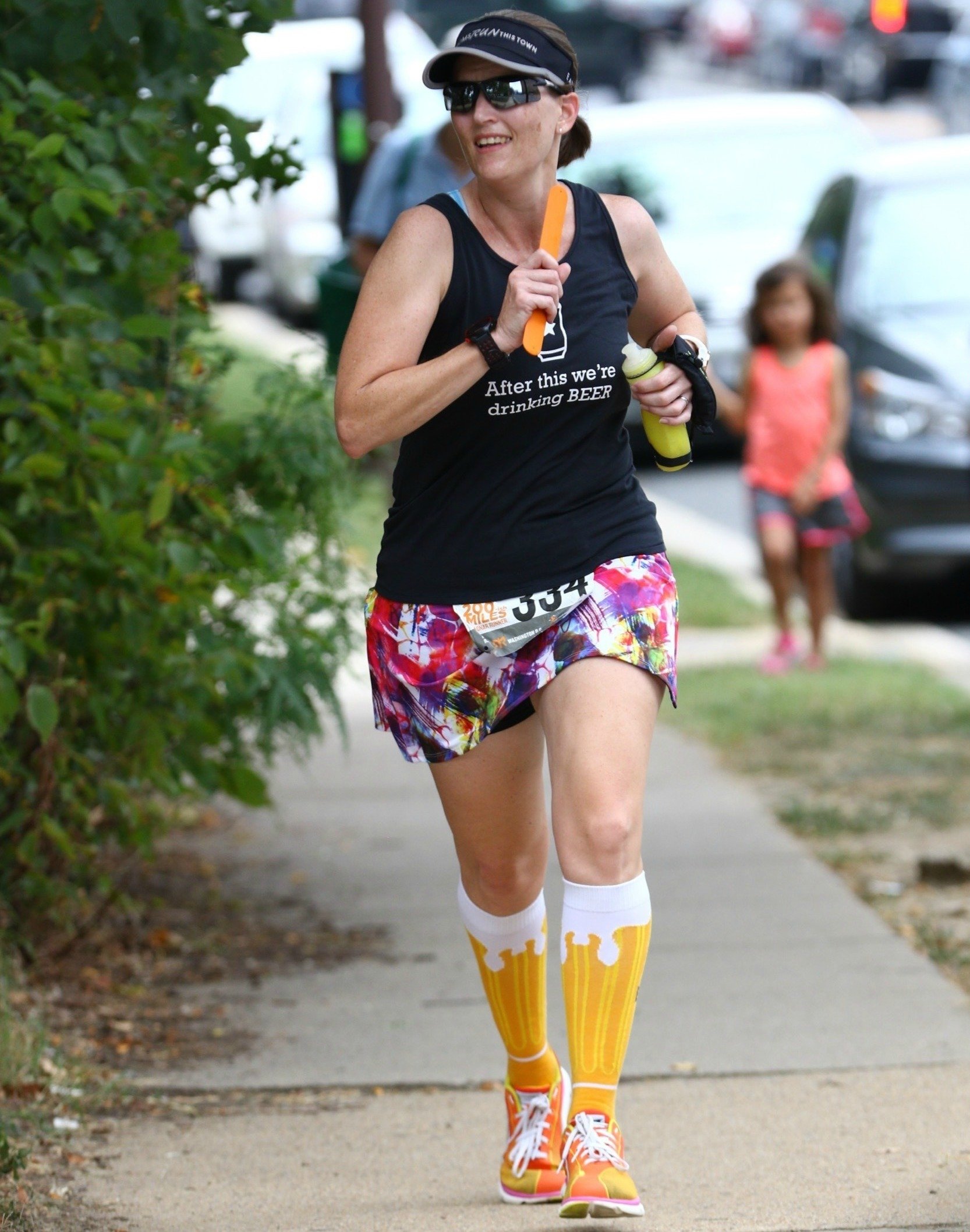 September was back to school time and time for Marine Corps training (or not). I ran Ragnar DC which gave me 16 miles over 3 runs and that was about it for long runs. The other highlight of my month was hosting a Skirt Sports trunk show. So fun and I got to try on all the things. 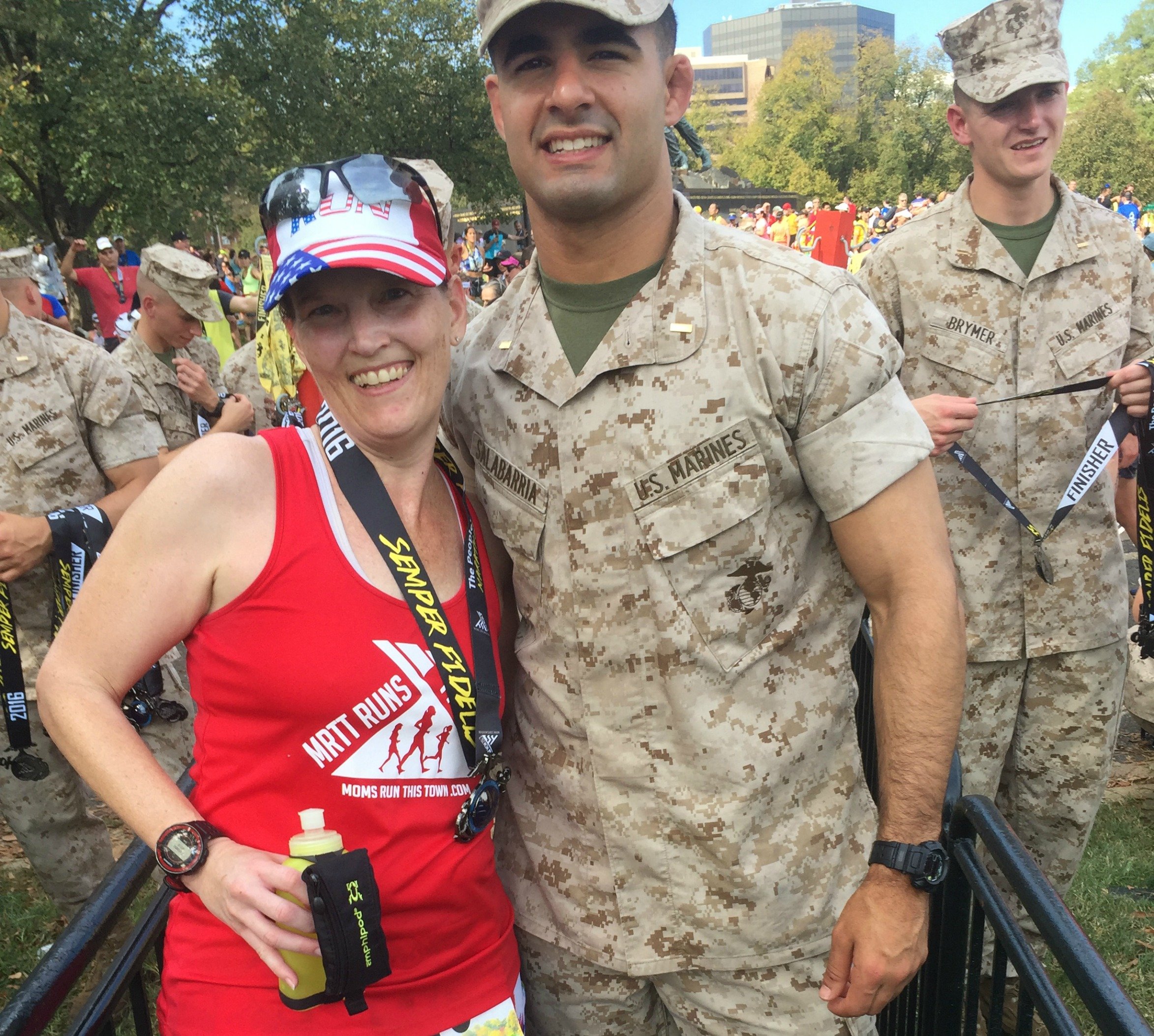 October involved trying to cram 18 weeks worth of marathon training into 4 weeks. I managed a 15 mile run and a 17 mile (very bloody) run, proving that trail runs are not the best place for long runs for me. I was nervous about Marine Corps Marathon, but ended up having the most fun I’ve had at a marathon ever. 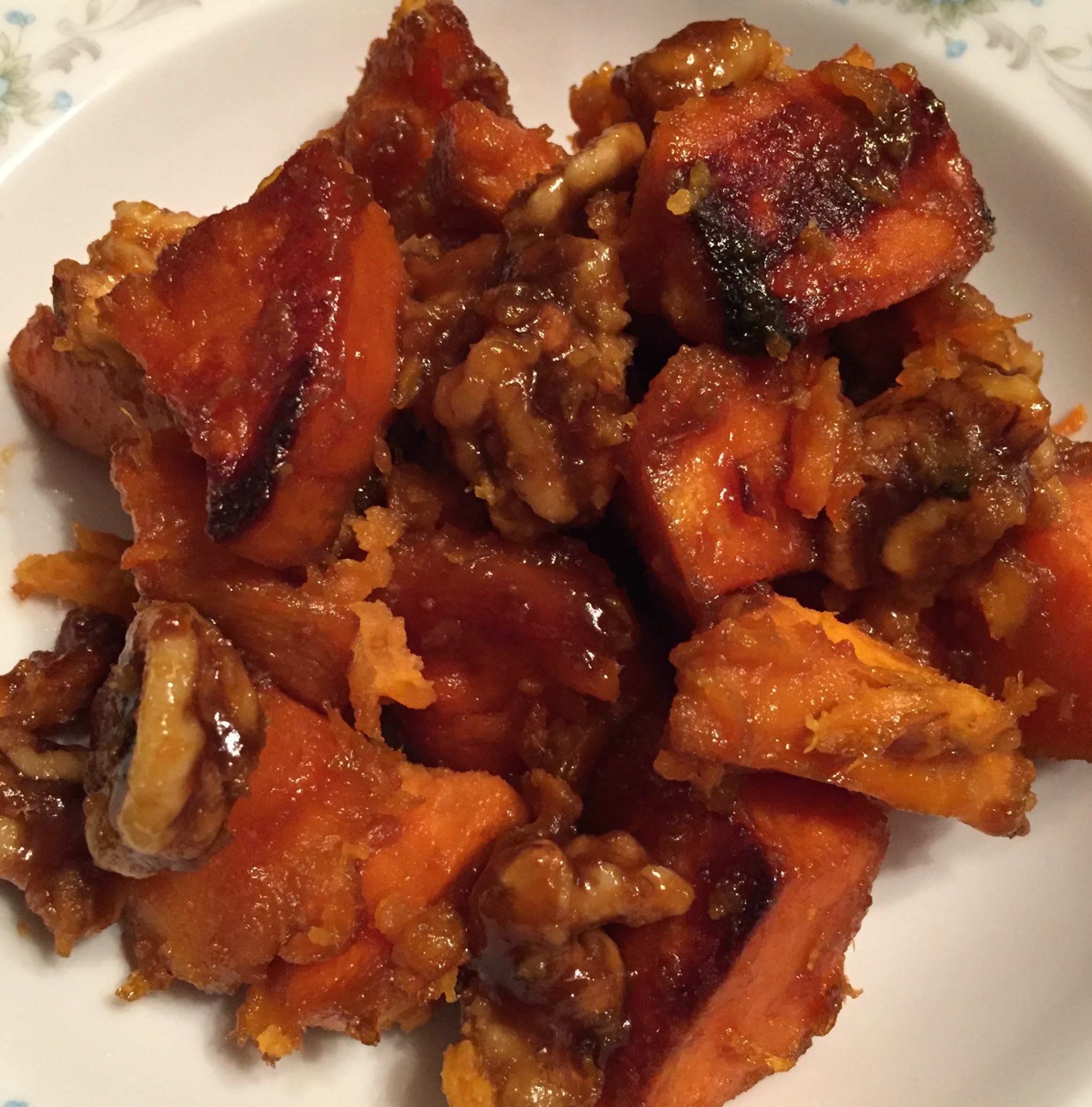 November was a recovery month. I ran, but not a single long run. I created the most amazing sweet potatoes using DuClaw beer. I also started a run streak that led into the Runner’s World Run Streak. I also started my bullet journal, which has been a huge help in keeping track of all the balls I have in the air. 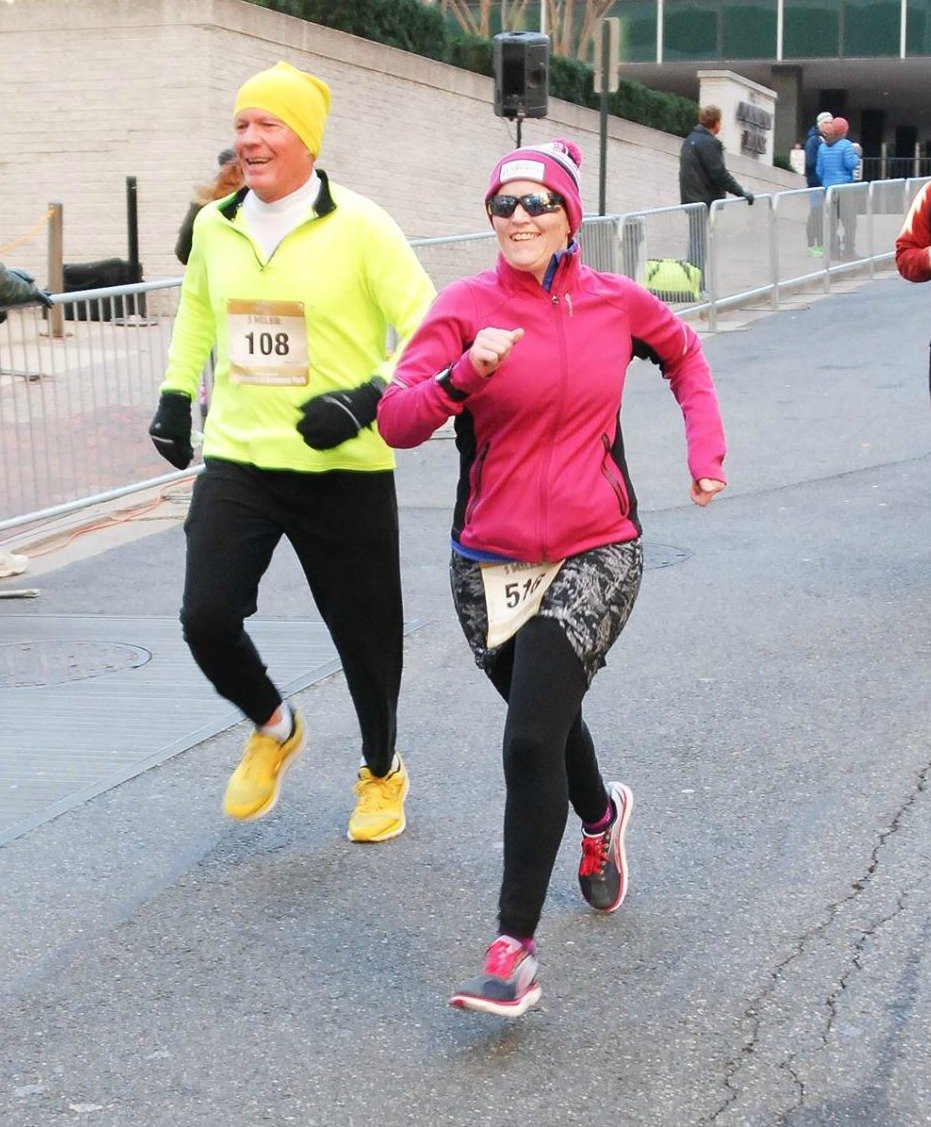 December has been a quiet month since we did not travel for the holidays. I ran my fastest race in a while at the Great Chocolate 5 Miler (where Beer Geek won his age group) and I continued my run streak, surpassing the 1100 mile mark for the year on Wednesday of this week. I also have had the pleasure of being invited back as an Ambassador for ZOOMA (code ERIKA2017 gets you 10% off their races) and Altra Running, as well as being a new ambassador for Ragnar Relay. (Skirt Sports won’t announce until later in January.)

What were some of the highlights of your year???