As I mentioned a few days ago, I’ve been at a Gatorade blogger event at the IMG Academy in Bradenton, FL for the last two days.  In fact, I’m still at the airport with a few hours to kill before I get home.

I had an amazing time.  From the bloggers chosen, to the handling of the logistics, to the speakers they brought in to speak with us,  it’s been an incredible experience.  I have learned SO much about fueling and hydration, both for athletic children (the focus of the event) and for my own running.  I plan to share a lot about that soon, but my brain needs to process a bunch and I’m blogging from my ipad (doable since I have a keyboard, but still not easy), so today is going to be a fluff piece: what I ate on this trip. 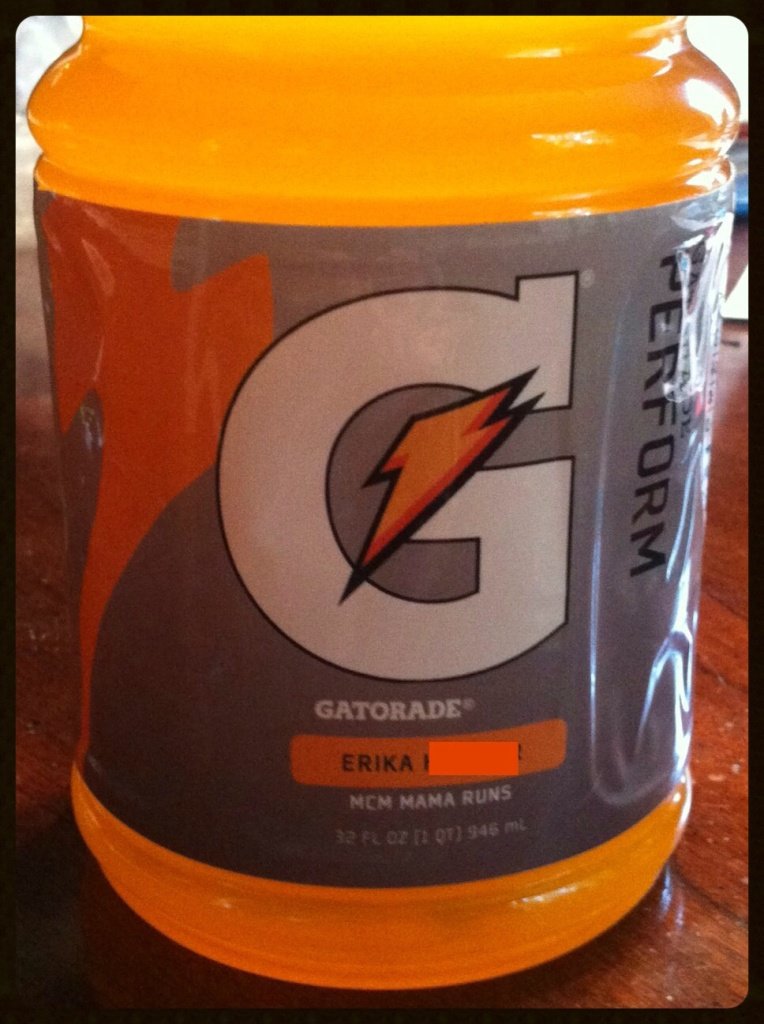 Before I even left the house, Gatorade was treating us right. I received a personalized bottle of Gatorade. Very, very cool.

I left the house late afternoon on  Monday and had an uneventful flight down to Tampa, where I was met with a car and driver for the hour long drive to Sarasota.  Yes, I did feel like a rockstar.  Once I got to the hotel, I was able to convince Dawn from “Because I said so” to hang out with me while I ate. (I’ll add links later.  Too hard on the ipad). Anyways, I had one of the specials: scallops with mushrooms and potatoes.  OMG!  Soo good!  I have no picture.  Why? Because I was sitting out on the not very well lit deck.   How poorly lit? I cut up what I thought was a scallop and commented to Dawn that it seemed really tough.  It wasn’t until I put it in my mouth that I realized I’d just cut up a slice of lemon.  Oops! The scallops were awesome once I found them…

The next morning we had a late start, so I went for a run and then ate breakfast in the room. 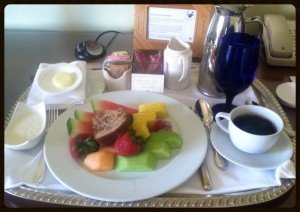 After breakfast, we headed over to IMG Academy.  I’ll write more later  about the actual event later, but two things to know: they fed us really well and hydration was not a problem.

For lunch, I had a lovely salad and a Greek yogurt.  Filling, but not heavy. 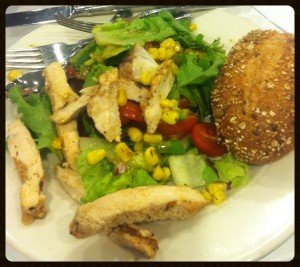 After our first educational session, we went on a tour of the IMG Academy.  Wow!  I’ll share pictures in a separate post, but I just have to say it was quite impressive.

Then I had a snack of yogurt  and fruit.  The coconut quinoa flavor was really g0od (the other flavors were ok).  I will be searching for that in stores when I get home. 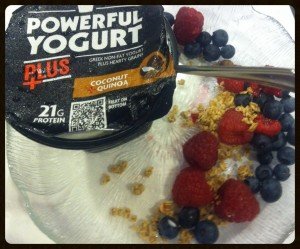 After some more sessions, we tried out all of the different Gatorade products.  To be honest, I had no idea that they had some of the items we got to try.  They have pre-workout  options,  during options, recovery shakes, bars, and chews.

Finally, after a workout with a trainer, we went back to the hotel to clean  up and head out to dinner. 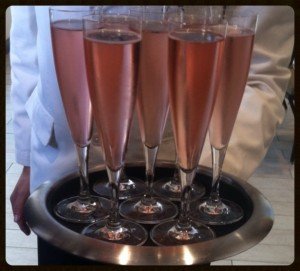 Meatballs + mozzarella and tomatoes on an ice block 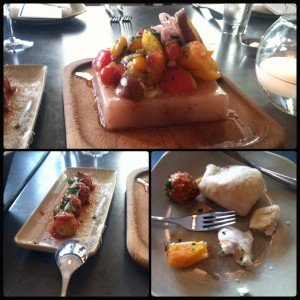 Romaine with bleu cheese and bacon 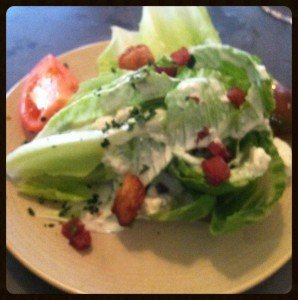 Salmon on top of something that tasted amazing, but I have no idea what it was LOL 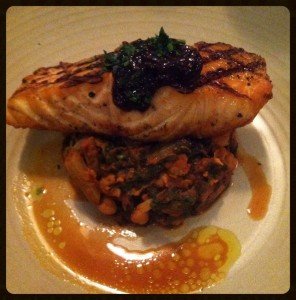 Chocolate decadence (that I was so busy eating that I forgot a picture.) 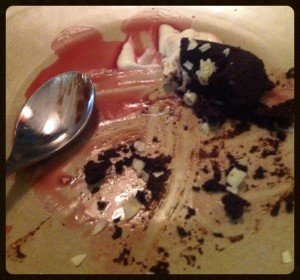 Good thing I ran AND did a workout with the trainer on Tuesday!

Thanks to Jenn for WIAW!

Give me a few days to catch up and I’ll share more substantive  information from the event.

Disclaimer: Gatorade invited me and covered all costs.  All opinions are my own.