I love to cook. I love to eat even more than I love to cook.  But you know what I really do not like to do? Meal plan. I’m just not that creative and I have picky kids and I get stuck eating the same things over and over again. I have a particularly hard time as it warms up as I have fewer summer options. (Soups are my “thing”.)

So, when Hello Fresh offered me another box to try, I was all over it. Once again, it was a success. (Check out my previous box!) 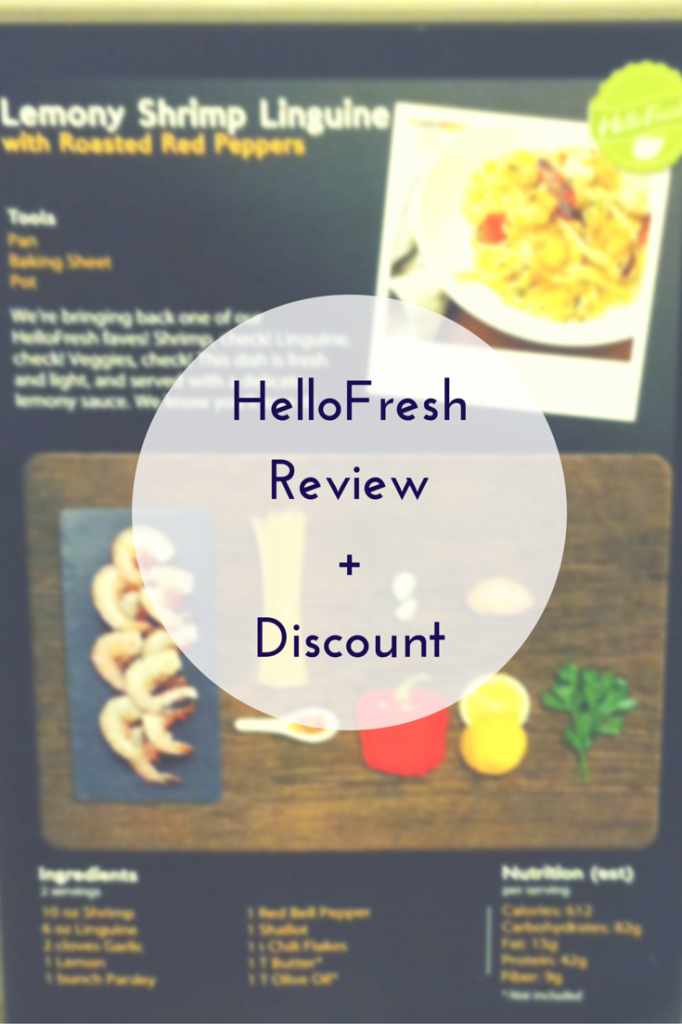 Hello Fresh is one of a number of delivery services that have popped up that provide you with recipes and all of the ingredients that you need to cook them. In this case, you get three meals, all selected by Hello Fresh. You can choose between the Classic box, which has meat, and the Veggie box, which does not.  Prices start at approximately $9 per meal for Veggie and $10.75 for Classic.  While we do eat some vegetarian meals, both Beer Geek and I like meat, so I opted for the Classic box. Our timing was a bit off, so my box arrived while Beer Geek was out of town. Luckily, the food was super fresh, so I threw the meat in the freezer and just waited until he got back to make two of the meals.

This time, our meals included a veggie pizza, a chicken pasta dish, and beef gyozas.  Guess which one I made while he was gone LOL. 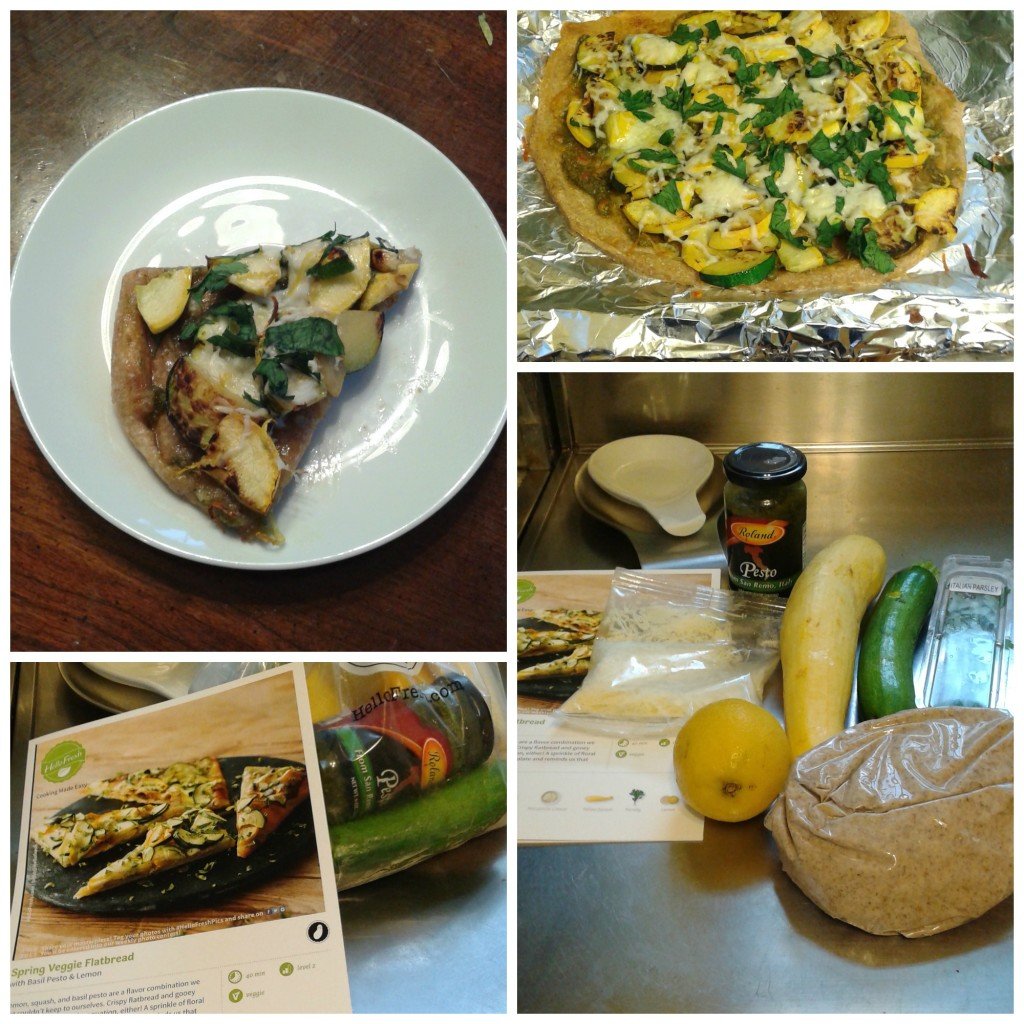 I wasn’t sure how to feel about this one before I made it. It was vegetarian, but still had a fairly high calorie count.  I’m also not generally a homemade pizza kind of girl, but it was actually really tasty. I used half the crust and about a third of the veggies (my summer squash was huge) for a pizza for me and used the other half of the crust to feed Shoo. The crust was really chewy in a good way and had a fabulous flavor. I didn’t think I liked pesto, but really liked the brand they sent. I ended up eating my whole half but I could definitely have eaten less and been satisfied.

I made this as soon as Beer Geek came home as I was worried about the veggies. It was super simple and quite tasty. As a meal for two, it was really high in calories, but I split my serving in half and was perfectly satisfied. If I were to make the recipe myself, I’d use low fat sour cream or Greek yogurt. I don’t think there’d be a big difference in flavor or consistency, but would lower the calories and fat a bit. Beer Geek and Shoo both enjoyed it, as did I. 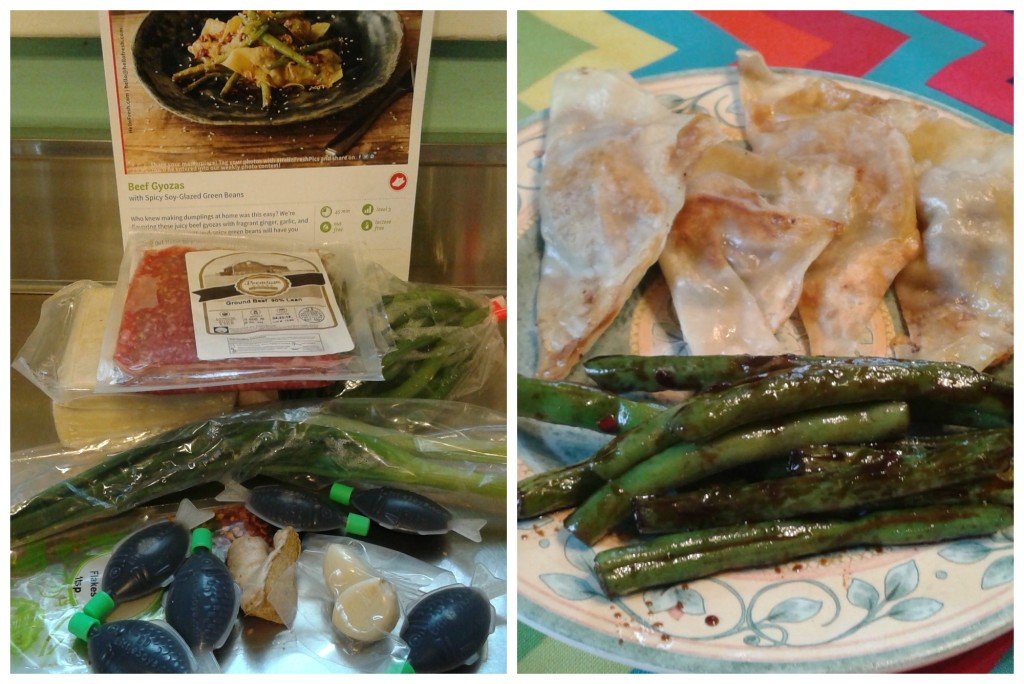 From a flavor standpoint, this was my favorite meal by far, but it took super long to make. My kids loved it though! And the beans were so good that I plan to make those again on my own. It was just time consuming to fold all of the gyozas and then fry and then cook. I started cooking dinner earlier than normal and we still had dinner a bit late.  I’m sure some of that is me, but it was just a slow process.  There were extra wraps, so I added some beef I had and it made dinner for four people.

Would I do it again if I had to pay for it? Probably. In fact, I look each week to see if I like what’s being offered. I like to break out of our rut occasionally and this is a relatively easy and inexpensive way to try new recipes and not have to track everything down. If it were a bit cheaper, I’d probably do it regularly, since planning meals is my one of my least favorite chores.

Want to try it for yourself?  HelloFresh has generously provided me with a discount code for my readers: 25% off your first box! Use code MCMMAMA.

Disclaimer: I was provided the meals for free from HelloFresh. All opinions are my own.