It’s Tuesday, so that means it’s time for Tuesdays on the Run. I know today we are supposed to talk about race day mistakes, but I’m still trying to recover from our long drive. Instead, here’s my race report from state #34! 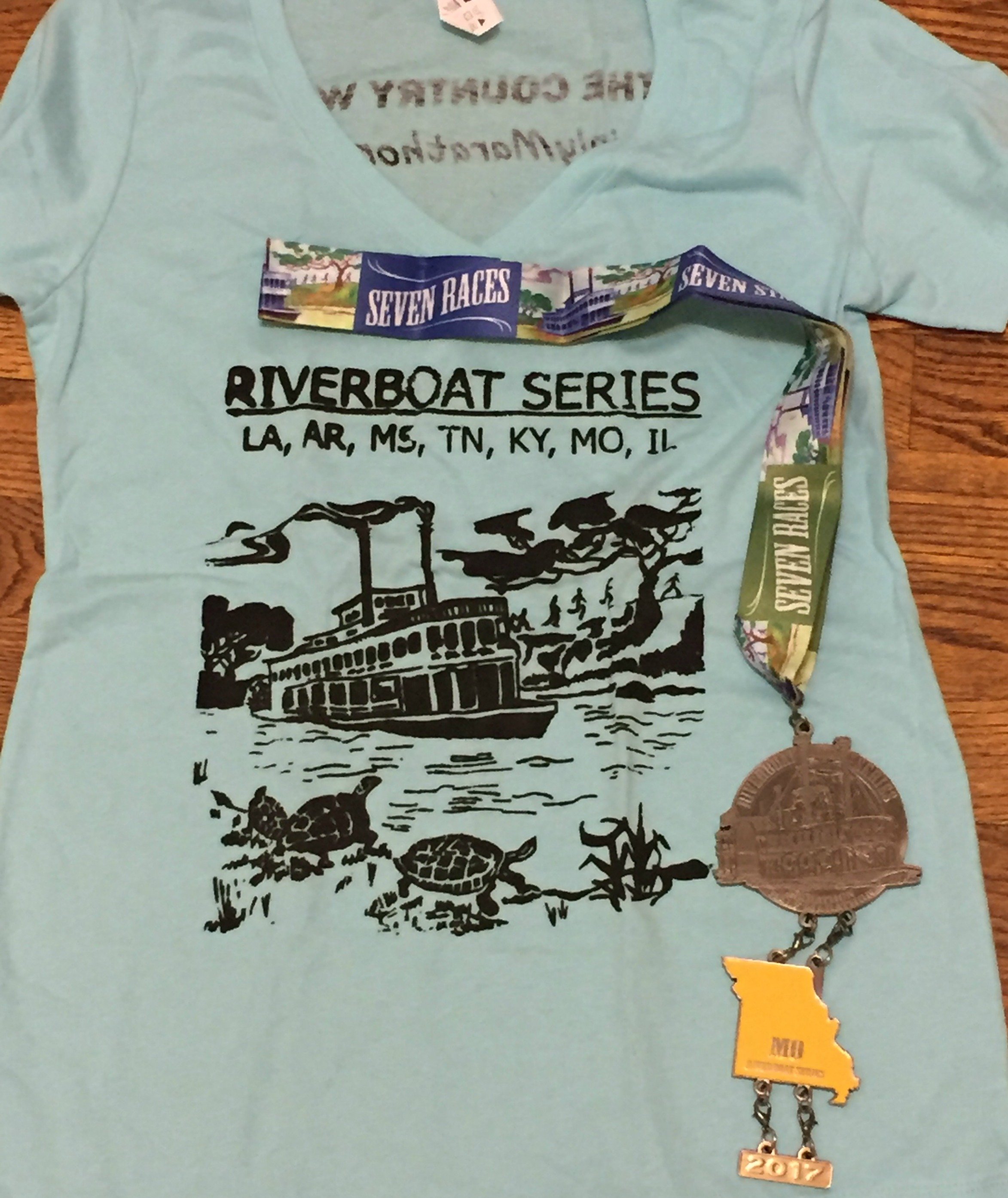 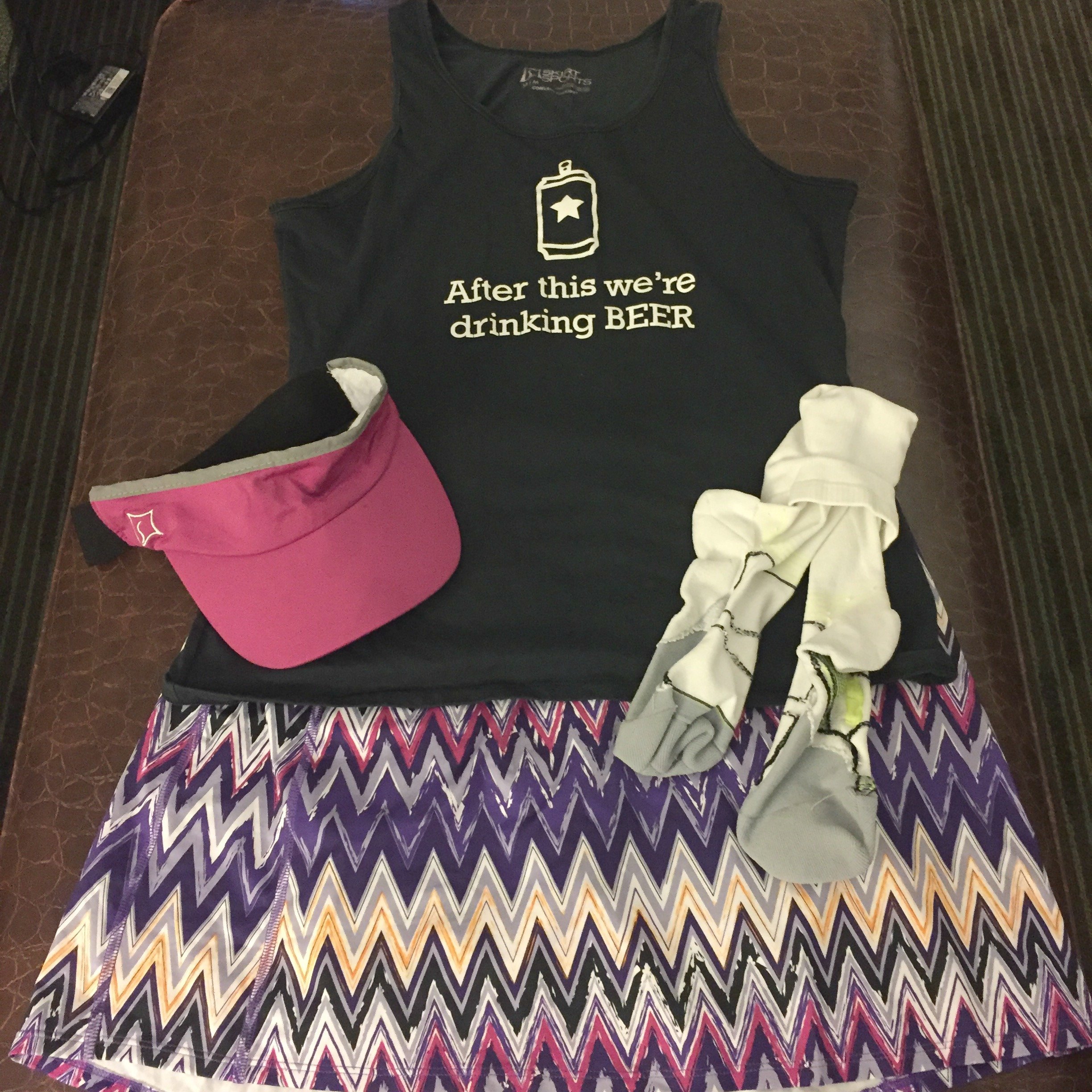 A few months back, it occurred to me that if I do the Heartland Series in May, I’d be left with a donut hole  in the shape of the state of Missouri. Since I knew Beer Geek was not able to take the week of spring break off, I hatched a grand plan. I decided I would find a race in Missouri and I’d take the kids to St. Louis for spring break. Luckily, I found a race (Missouri was added to the Mainly Marathons Riverboat Series the year after I did the series) and I have enablers in my life. My parents agreed to meet us in St. Louis to sightsee and Beer Geek agreed to fly out and join me at the race (and do the long drive home for me.)

I will admit that after almost a week of being on vacation where we stayed up too late and didn’t always make the best food choices, I was a bit worried about how the race would go. Also, I’d done one run longer than 8 miles since the Marine Corps Marathon in October. Oops. Luckily, that one long run was 15 miles and it went great, so I knew I’d finish one way or the other.

Beer Geek and I showed up at the start about an hour before the race and picked up our bibs and my “starter” medal. We spent the next hour chatting with old friends and hitting the porta potty. Ok, it was me hitting the potties. Many times. Yep, my stomach was letting me know exactly what it thought of all the rich food I’d been eating on vacation. Finally it was go time and I headed out with a goal of keeping my pace under 10:30 per mile. 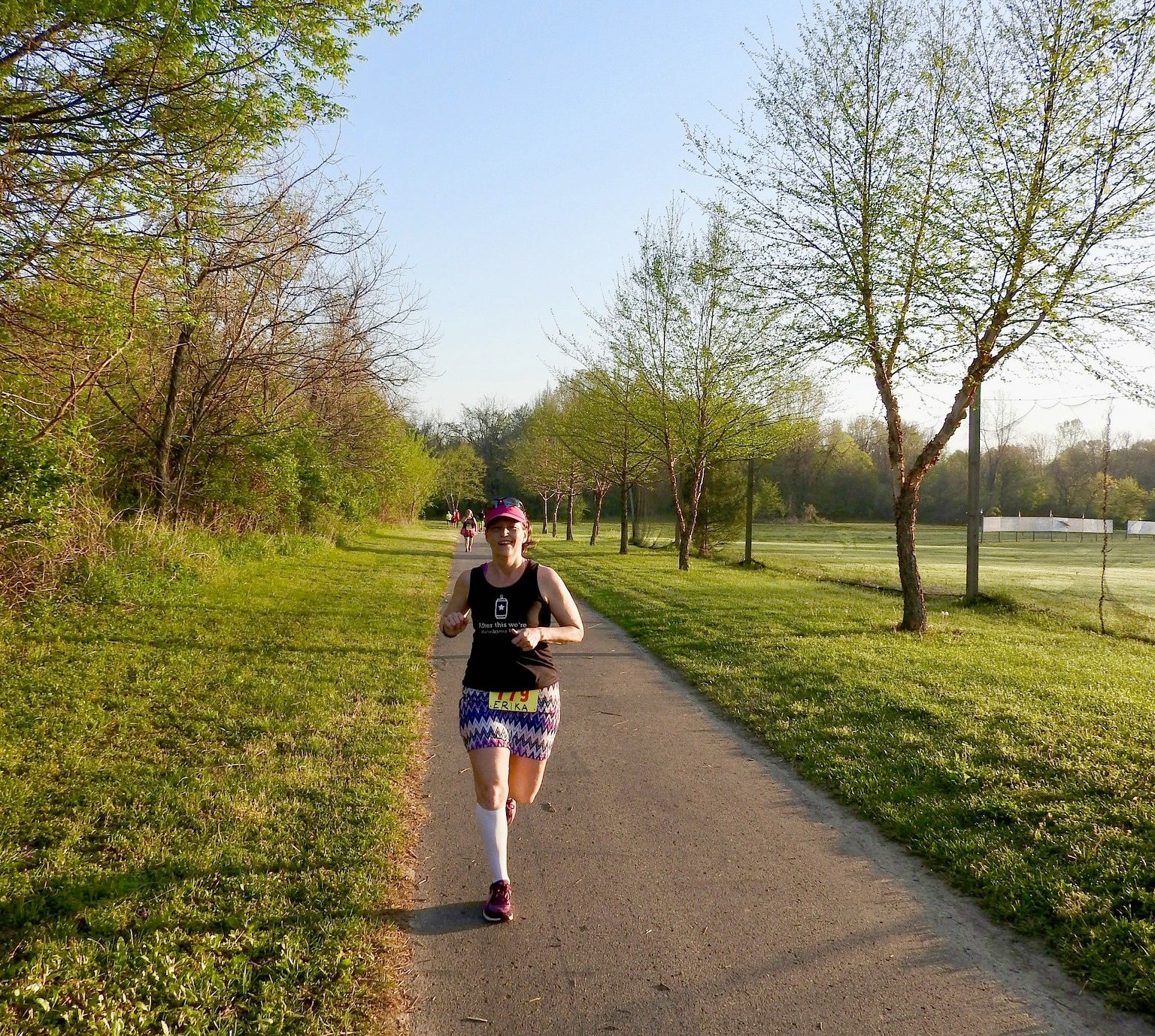 The course was 1.1 miles out on a paved bike path, turn around and come back to the start. The far end of the course had some shade and a nice breeze, but much of the course was hot and sunny. It was mostly flat with one little hill on the way back. Half marathoners did this loop 6 times. 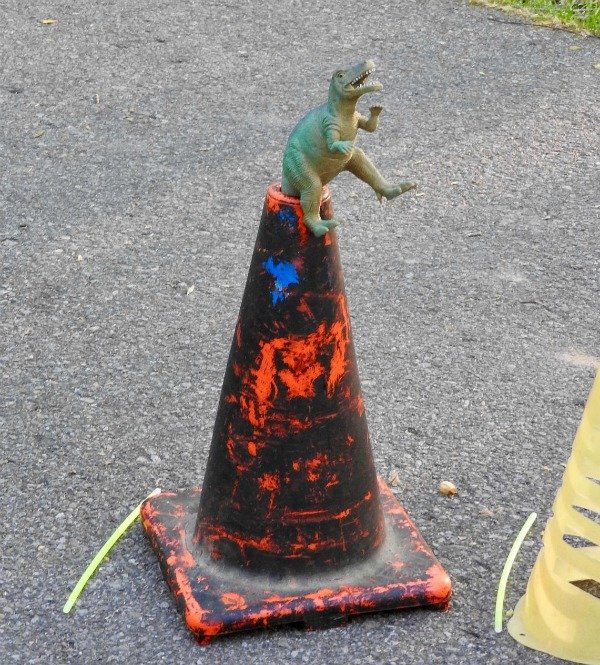 My first mile went well, but as I hit the turn around, it became apparent that my stomach was not done with me yet. I ran the second mile pretty quickly, knowing that porta potty was at the end of the mile. I took care of business, but then had to battle to get my skirt up! I love the Happy Girl, but when I’m hot and sweaty, it’s a challenge to get back on after a pit stop.

Thankfully the rest of the race went really well, despite the last few laps being quite warm. I ended up taking my handheld water bottle for the last two laps (something I very seldom do at these races) and ditched my tank top for the last lap (something I pretty much NEVER do.) 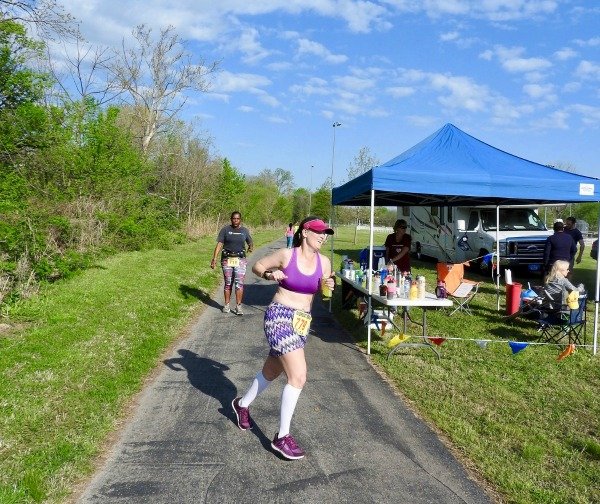 In the end, I was happy with my 2:20 finish given the bathroom issue and the heat at the end. 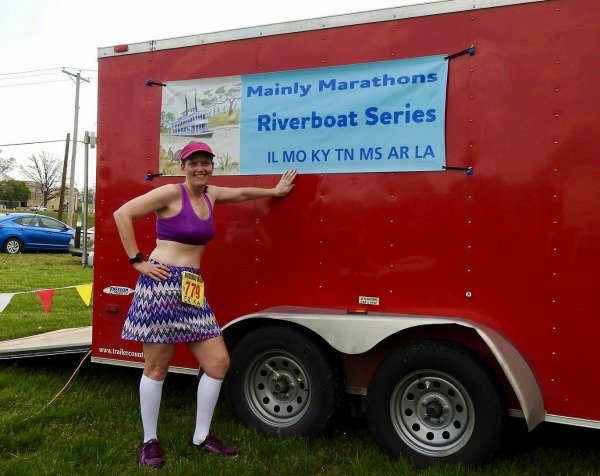 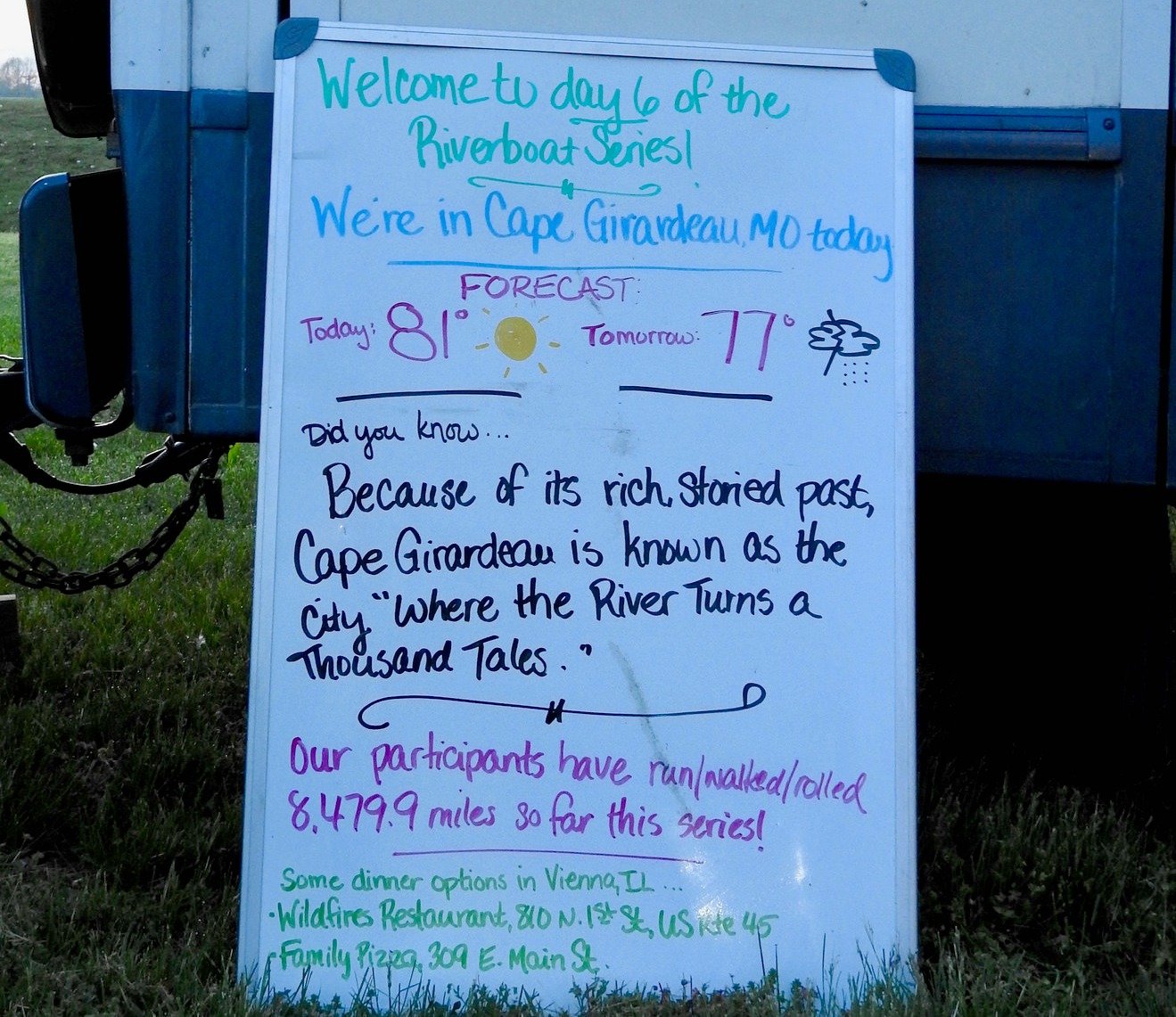 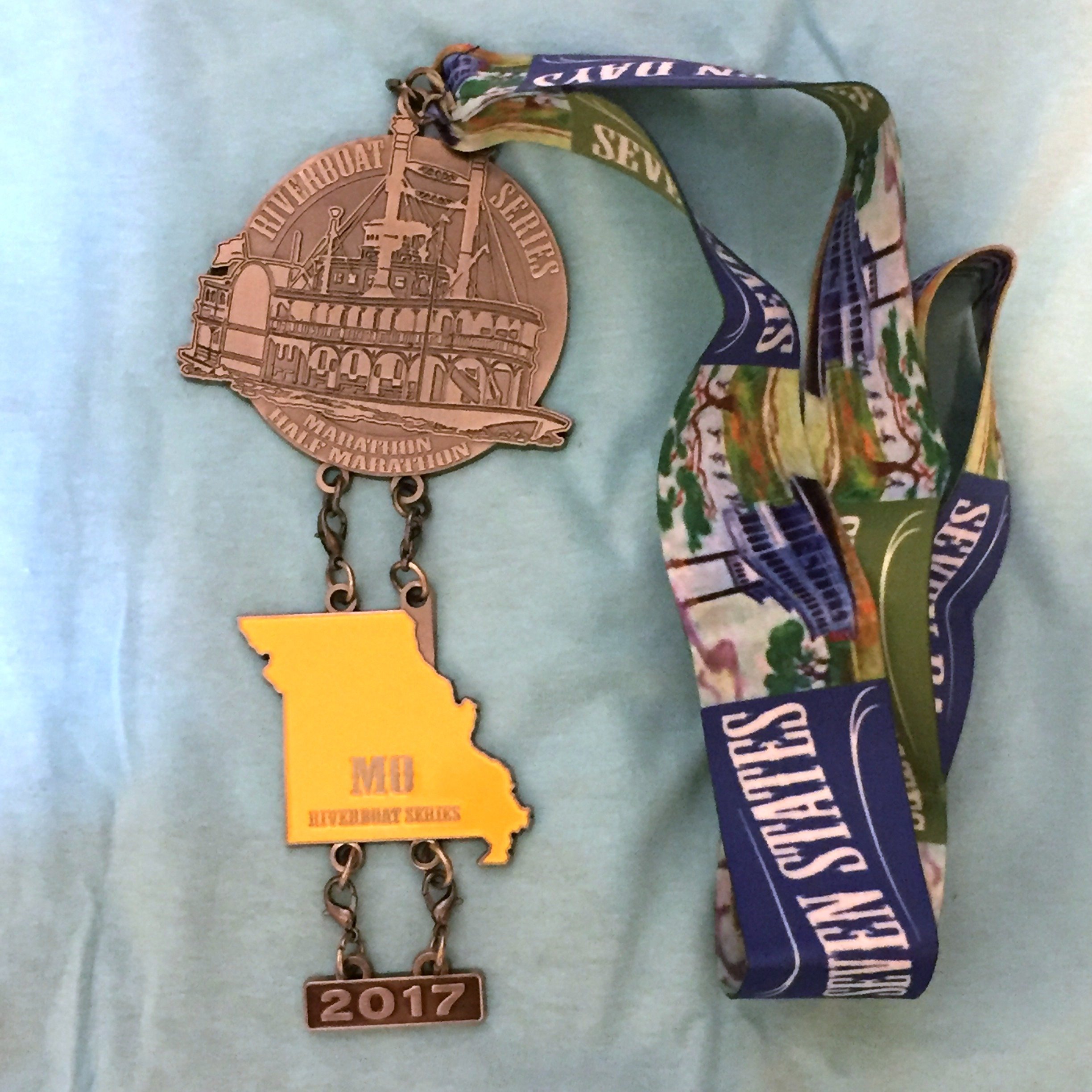 Perhaps my food choices prior to this race were actually my race day mistakes. How about you? What mistakes have you made?