You are here: Home / DC / Ragnar Roundup with a slight emphasis on Ragnar DC!

I only have one big event this fall, but it’s a BIG one.  In less than two weeks, I’m going to be running Ragnar Relay DC.

200ish miles from Cumberland, MD to Washington DC. I’m not quite the nervous mess I was before I got switched to Runner 7, but I’m still overly focused on it.  Unfortunately, I’m crazy busy with work right now, so I’m not sure I’m going to get much more actual training done.  I’m just going to have to get in whatever runs I can and call it good.  Instead, I’m going to move onto stressing about the important things, like what to wear and what my leg will be like.

Since I’ve been doing nothing but surfing and reading about Ragnar Relay, I’ve put together a Ragnar Roundup of great blog posts to help you with choosing, packing for, and surviving a Ragnar relay.  I also have a few friends who are posting about Ragnar today as well, so you should go see what they have to say! 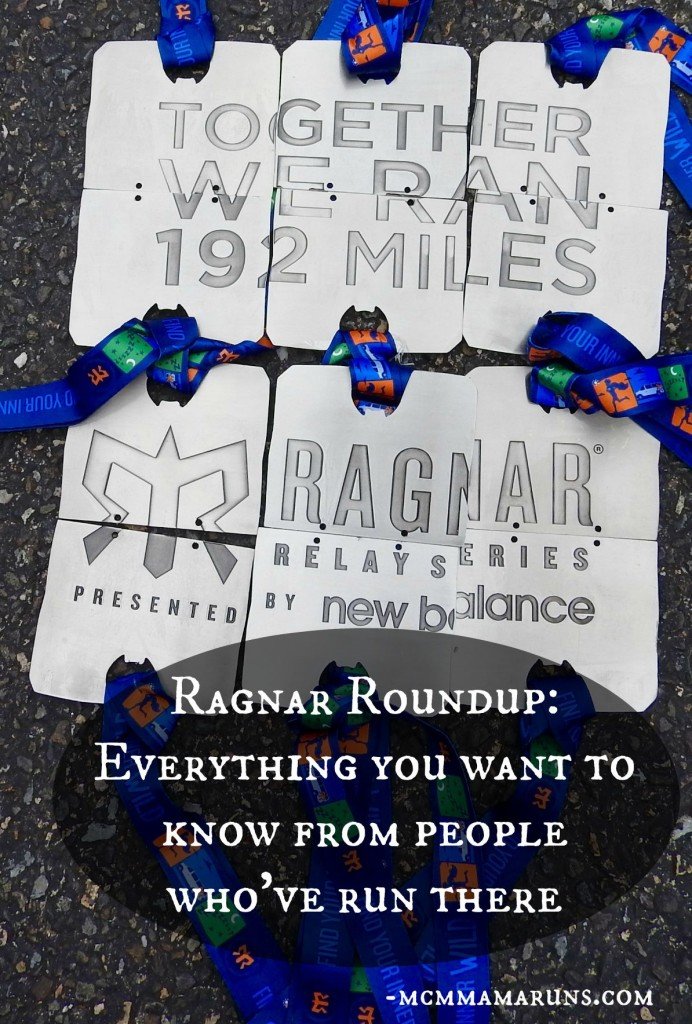 Here are some other great Ragnar Relay resources I found while poking around the internet:

Packing for Ragnar in 10 Easy Steps

What to pack for a Ragnar relay via Meals and Miles

What to pack for a Ragnar relay race via Running Rachel

Packing for Ragnar via Running with the Girls

Things I learned at my first Ragnar

Dishing about Ragnar survival from Discover Your Happy

Running Ragnar? What I wish I had known! via Fit Femmes

Ragnar Del Sol 2013 via the Marvelous Misadventures of a Foodie

Ragnar Tennessee 2013 Recap via Blonder Side of Life

Have you run Ragnar?  Got a post you love (yours or someone else’s)?  Drop your tips and/or blog link in the comments!